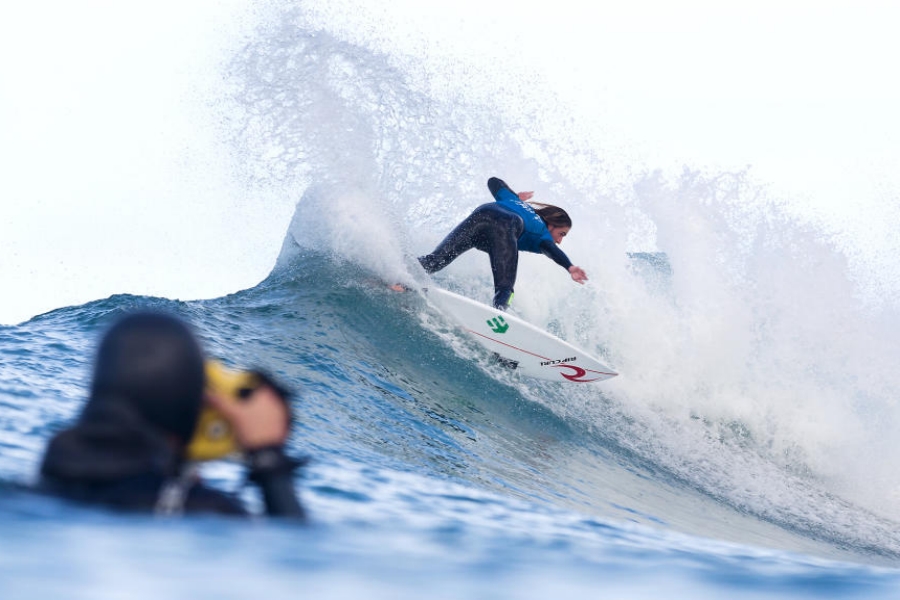 With 4 to 6 feet waves at Supertubes, in Jeffreys Bay, round 3 took off.

Everything was going according to the favorites logic, until Kelly Slater took on Matt Wilkinson. Goofy-footer Matt Wilkinson took an early lead, and held his position through the first half of the heat. At the 19-minute mark, Kelly Slater put together a series of snaps, floaters, and laybacks that tightened the points gap.Wilko, meanwhile, linked up a series of clean, vertical snaps that paid off with a 9.33 to put Slater in a combo situation. With the clock ticking down, Slater went for a crowd-pleasing alley-oop, but the next exchange wouldn't see him find as much success. Wilkinson took the next set wave for another series of clean snaps, and Slater followed suit but wobbled and fell before it was over.

The final waves before the buzzer saw the champ slipping off his board, while Wilko's rhythm continued. The Australian's seamless snaps earned him another nine-pointer, and the heat became the biggest upset of the contest, so far.

The other major surprise was CJ Hobgood defeating the local hero and perennial title contender at Jeffreys Bay, Jordy Smith, that with is amazing performance at round 1 seemed unbeatable at his home turf. CJ thought differently and by a narrow margin left Supertubes crowd freezing.

Michel Bourez also goes home with a very bad result, and couldn’t carry on his momentum this season, in which he already won two events, and lost to Alejo Muniz at the last heat of round 3.

Round 4, where nobody was eliminated, saw Joel Parkinson, Matt Wilkinson, Owen Wright and Alejo Muniz taking the short way to the quarter finals, while Josh Kerr, Adriano de Souza, Kolohe Andino, Taj Burrow, Gabriel Medina, CJ Hobgood, Mick Fanning and Freddy Patacchia will battle it out on round 5, for the remaining four spots.