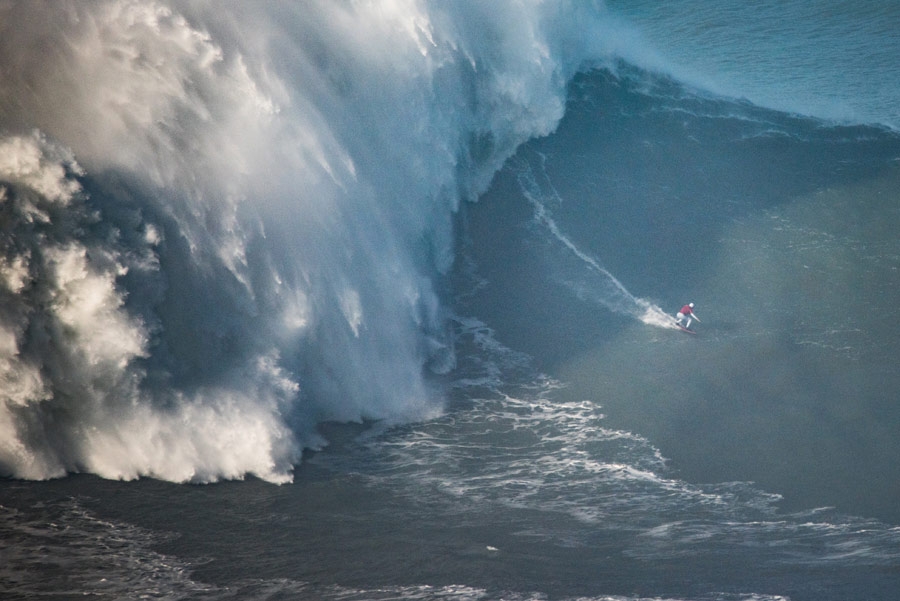 The 31-year old from Rio de Janeiro, Brasil successfully surfed a wave measuring 68 feet / 20.72 metres from trough to crest at the infamous big-wave break known as Praia do Norte in Nazaré, Portugal on January 18, 2018.

"To set the world record has been a dream of mine for many years,” said Gabeira. “But of course, after the accident in Nazaré 2013, it felt like a very distant dream. It took a lot of work to have a season like last year, to be 100% again, and to complete it with a GUINNESS WORLD RECORDS title is quite special.”

Gabeira’s incredible feat did not come without its challenges. In 2013, Gabeira suffered a serious injury at Nazaré, but her unwavering determination brought her back to the monstrous and dangerous wave to not only surf again, but set the women’s world record.

"It's been quite a journey, but I can honestly say that in 2013 when I first came to Nazaré my life changed like never before,” continued Gabeira. “Of course, there was an accident, injuries and so on, but also I moved to Nazaré to be closer to the wave. I dedicated most of my time to the spot and I had years to focus on improving, on safety and on being around the best people to get where I wanted to be. That time was priceless, it taught me a lot and slowly I got back to my feet. Back to surfing at 100% and in a spot that I honestly consider the biggest and most challenging wave I ever surfed."

“Congratulations to Maya Gabeira for her outstanding achievement,” said Sophie Goldschmidt, WSL CEO. “Maya exemplifies the courage, commitment, and progression of female athletes around the world and we are so proud to celebrate her today as the new GUINNESS WORLD RECORDS title holder for the Largest wave surfed unlimited (female).”

The achievement was announced at a special ceremony upon the grounds of the famous lighthouse that stands watch over the waves of Praia do Norte. An official Adjudicator of GUINNESS WORLD RECORDS presented Gabeira with a certificate declaring her as the current record holder for the Largest wave surfed unlimited (female).

Normally, the WSL’s Big Wave Awards declare the biggest and best waves of the year during the annual Big Wave Awards show in April.  As this was a special determination of the largest wave ridden to date - spanning the history of the sport - it was awarded in a unique setting at the start of the winter big wave season, and will now set the bar in the category going forward. The 2019 Big Wave Awards in April will now award two new categories: Women’s XXL Biggest Wave Award (where jet skis maybe be used) and the Women’s Biggest Paddle Award (wave caught with only arm power).