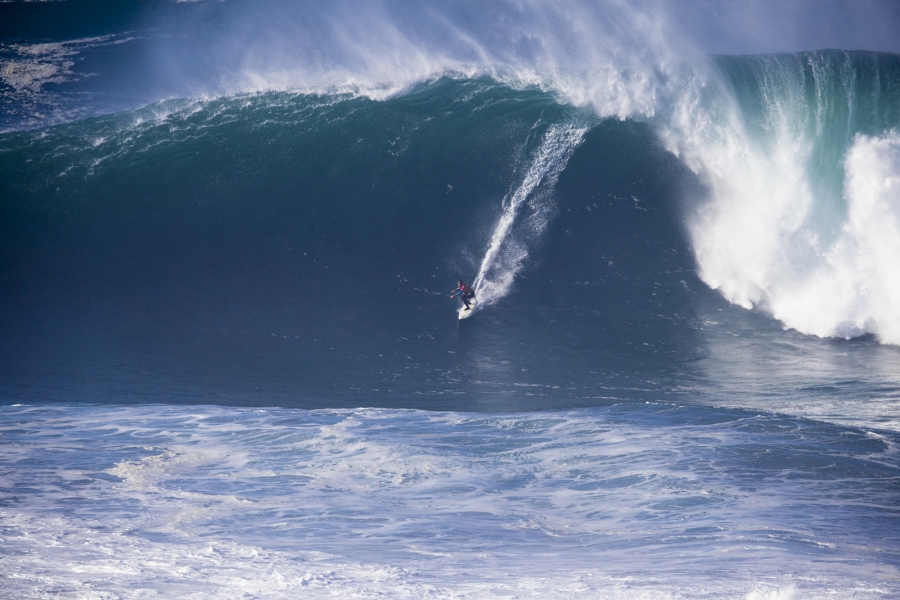 Nazaré Challenge in Nazaré, Portugal on Green Alert to commence on Saturday, February 10, 2018

“We are excited about what we are seeing at Nazaré,” said Mike Parsons, WSL Big Wave Tour Commissioner. “We are calling the WSL Nazaré Challenge ON for this Saturday, February 10. With a solid swell coming from the NW, we are looking at around 9-to-12 feet of deepwater swell that will translate to 25-to-35 foot faces by mid-morning and potentially pushing 40 feet later in the day. There is potential that the winds might come up when we run, so we plan to start early in the morning and finish before it comes up too high.”

The second-ever Nazaré Challenge in Portugal will see the world’s best take on some of the heaviest waves in the world. Defending event winner Jamie Mitchell (AUS) and the men’s big wave field will be put to the ultimate test as they battle the infamous break that has long been considered inaccessible to paddle-in-surfing. Kai Lenny (HAW), current Big Wave Tour rankings leaders, will look to improve his 13th place finish at Nazaré.

The 2017/2018 WSL Big Wave Tour has completed its first two events of the season with Lenny winning the Puerto Escondido Challenge in Mexico, and Ian Walsh (HAW) and Paige Alms (HAW) taking out the Pe’ahi Challenge in Hawaii.

Formed in 2009, the Big Wave Tour joined the WSL in 2014 and has produced historic performances at never-before-contested venues such as Nazaré in Portugal and Pe'ahi on Maui's North Shore. Monitoring swell systems and weather patterns throughout the season, the Big Wave Tour only runs events when surf reaches the 30-foot-plus mark, mobilizing on 72 hours' notice with an international field of Big Wave men's and women's athletes. 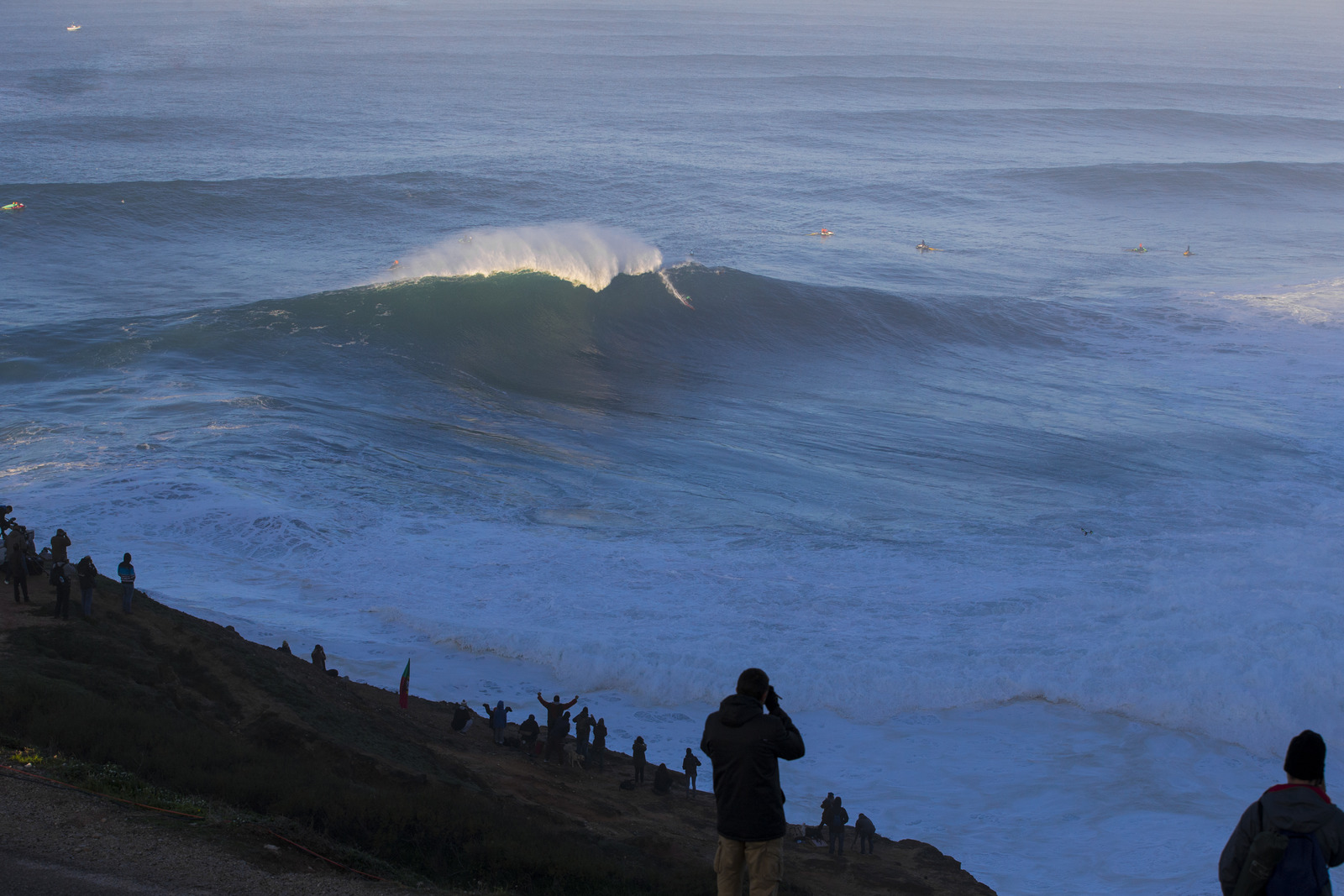 The Official Forecasters for the 2017/2018 Nazaré Challenge, are calling for:

XL to possibly XXL NW swell is developing for Nazare on Saturday the 10th thanks to a strong, double-barreled area of low pressure now stretching over Greenland. Model guidance indicates that wind of 40-45 knots will develop in this fetch over the next 12-24 hours, with seas of 35-40 feet also expected to develop just east of Greenland.

At this point, we’ll look for building, longer period NW swell through the morning on Saturday, with 20-35’+ faces. The swell looks to peak from around midday and hold over the afternoon with solid 25-35’+ faces and occasional sets to 40’+ faces. There will also be some short period NW swell running in the morning, which will give the surf at least somewhat of a jumbled feel, but that short period swell will ease through the day.

Wind, while not ideal, does look manageable. Offshore to side-offshore flow from the NE to NNE is currently expected in the morning in the 10-15 knot range, trending to side shore north at 15 knots+ from late morning through the afternoon. 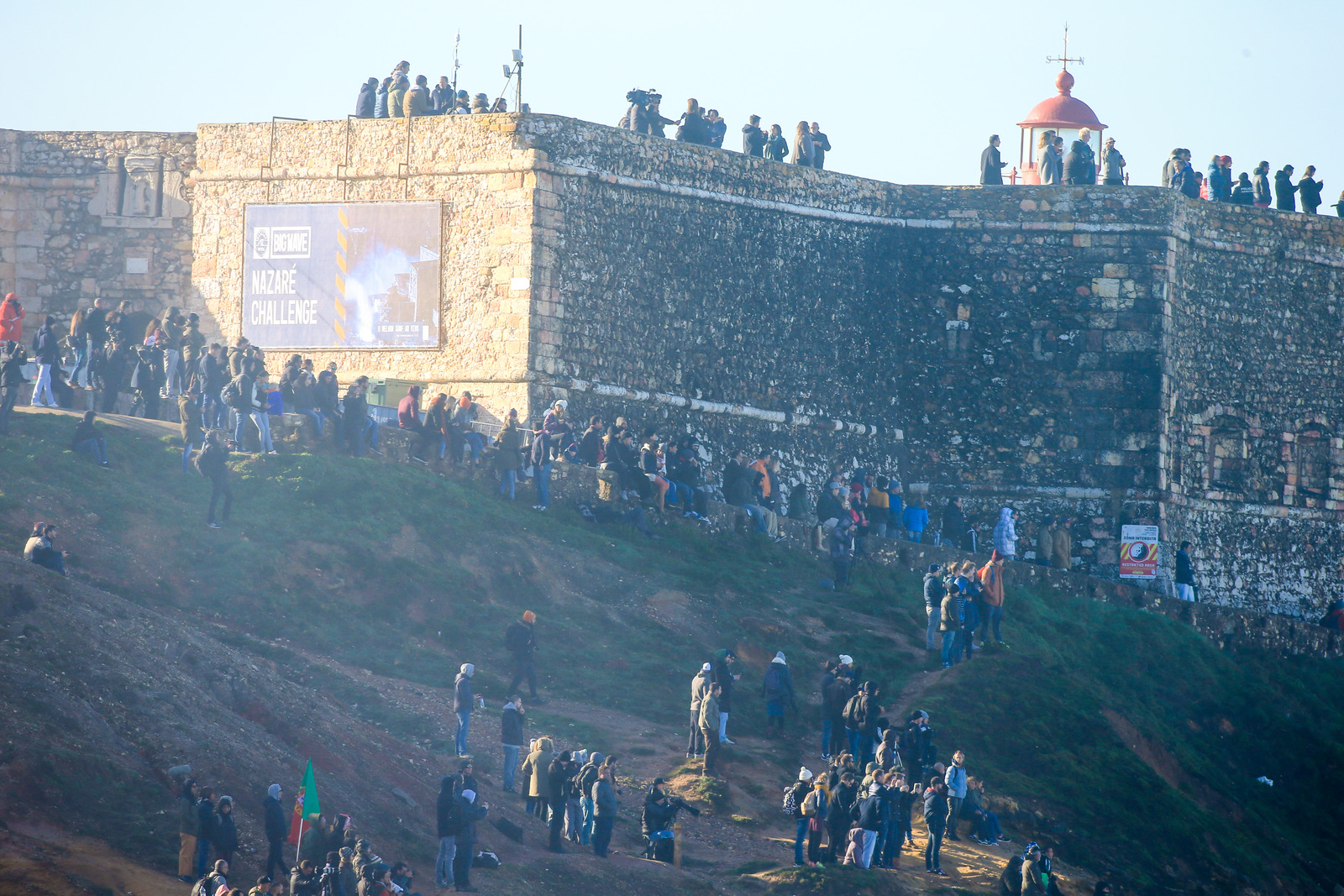