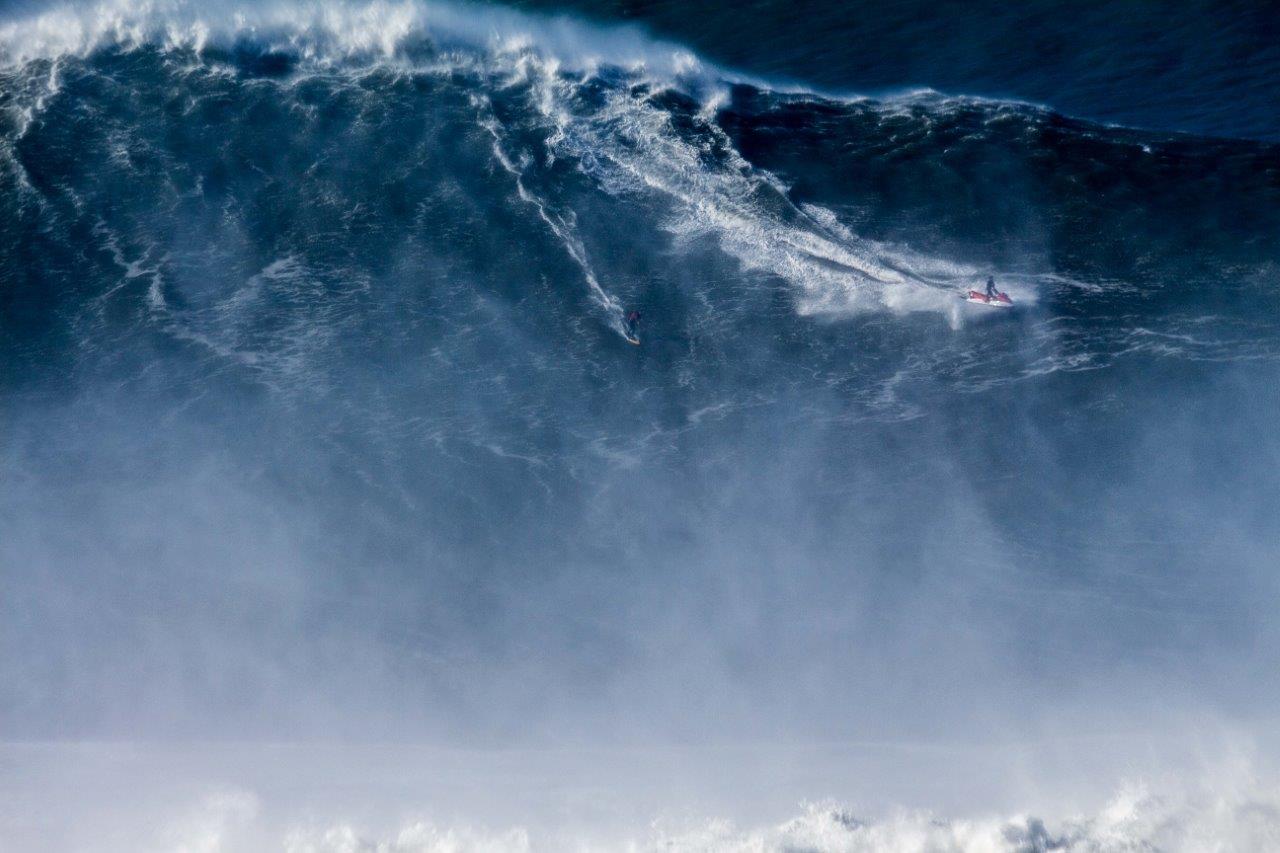 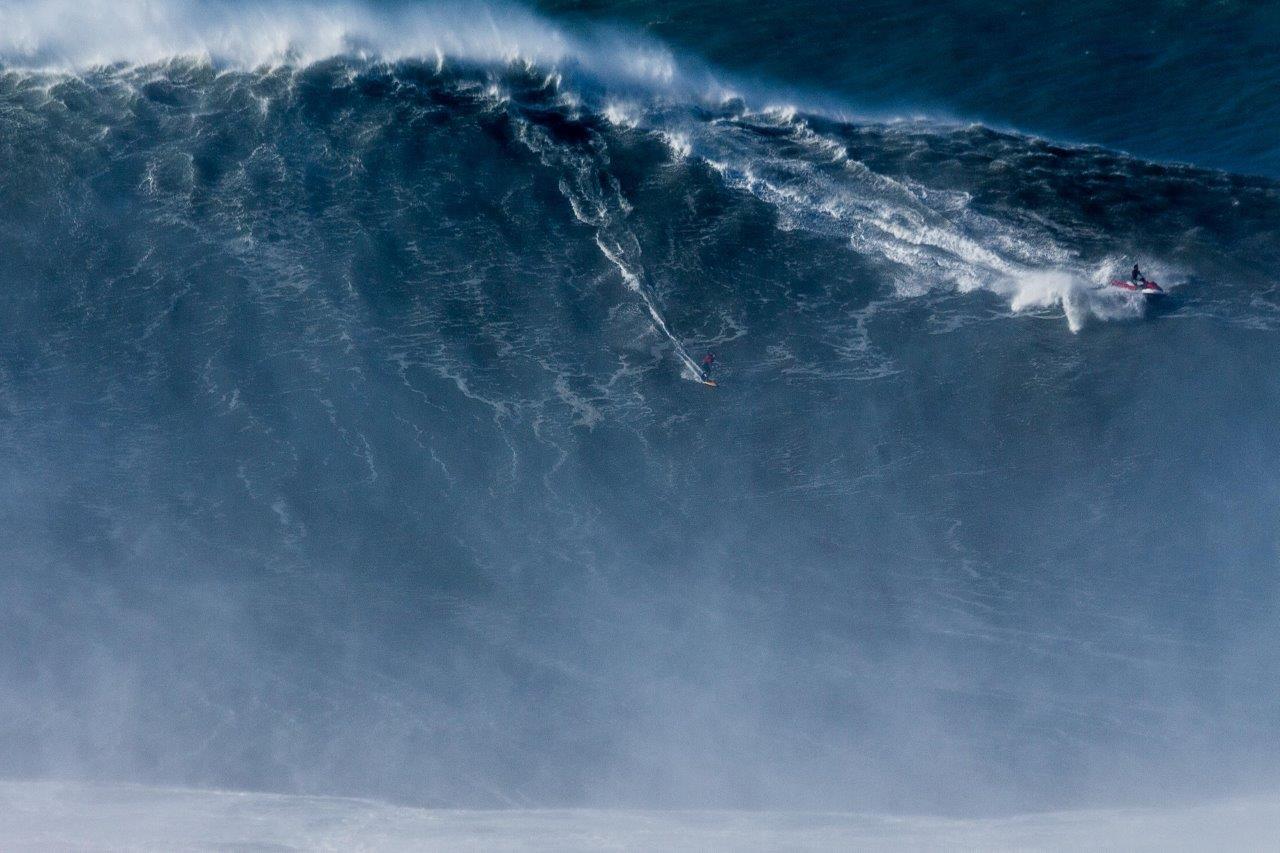 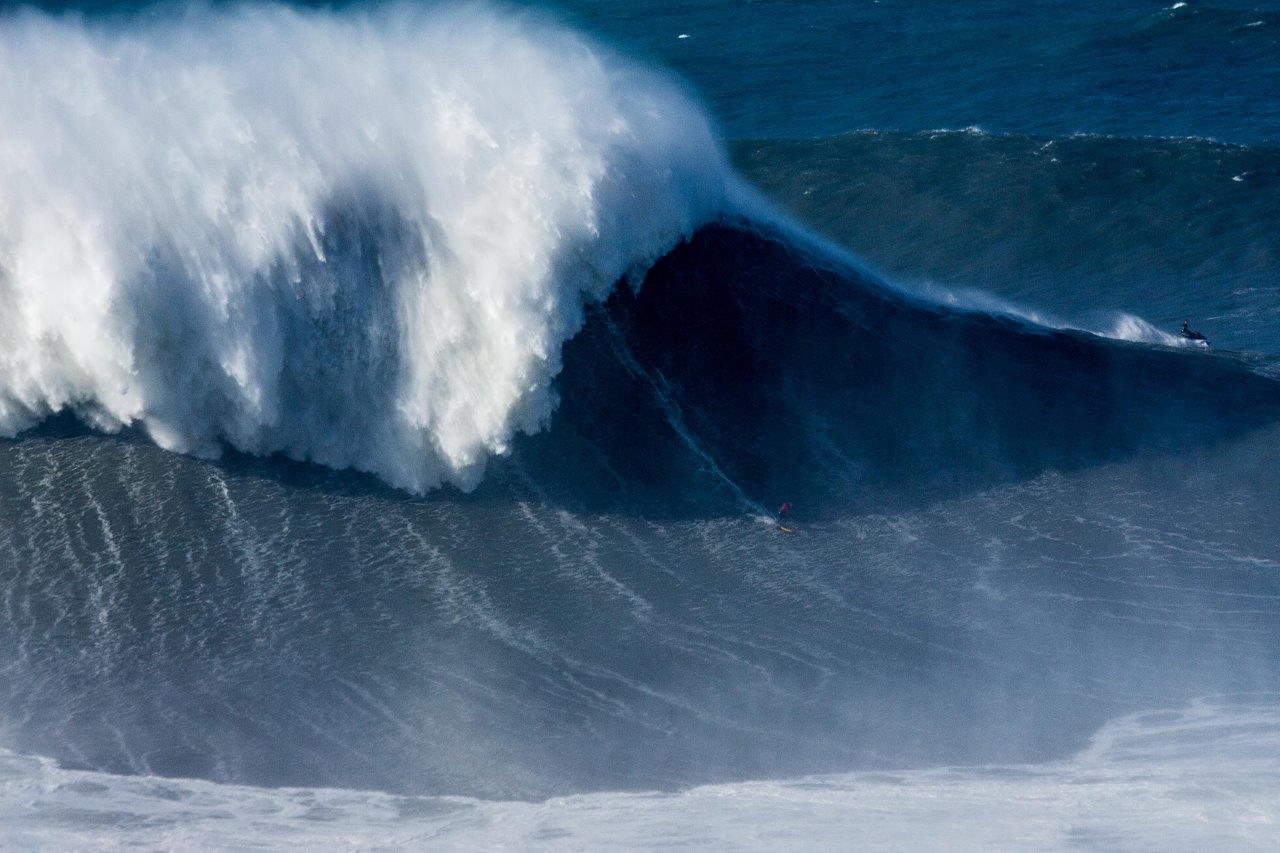 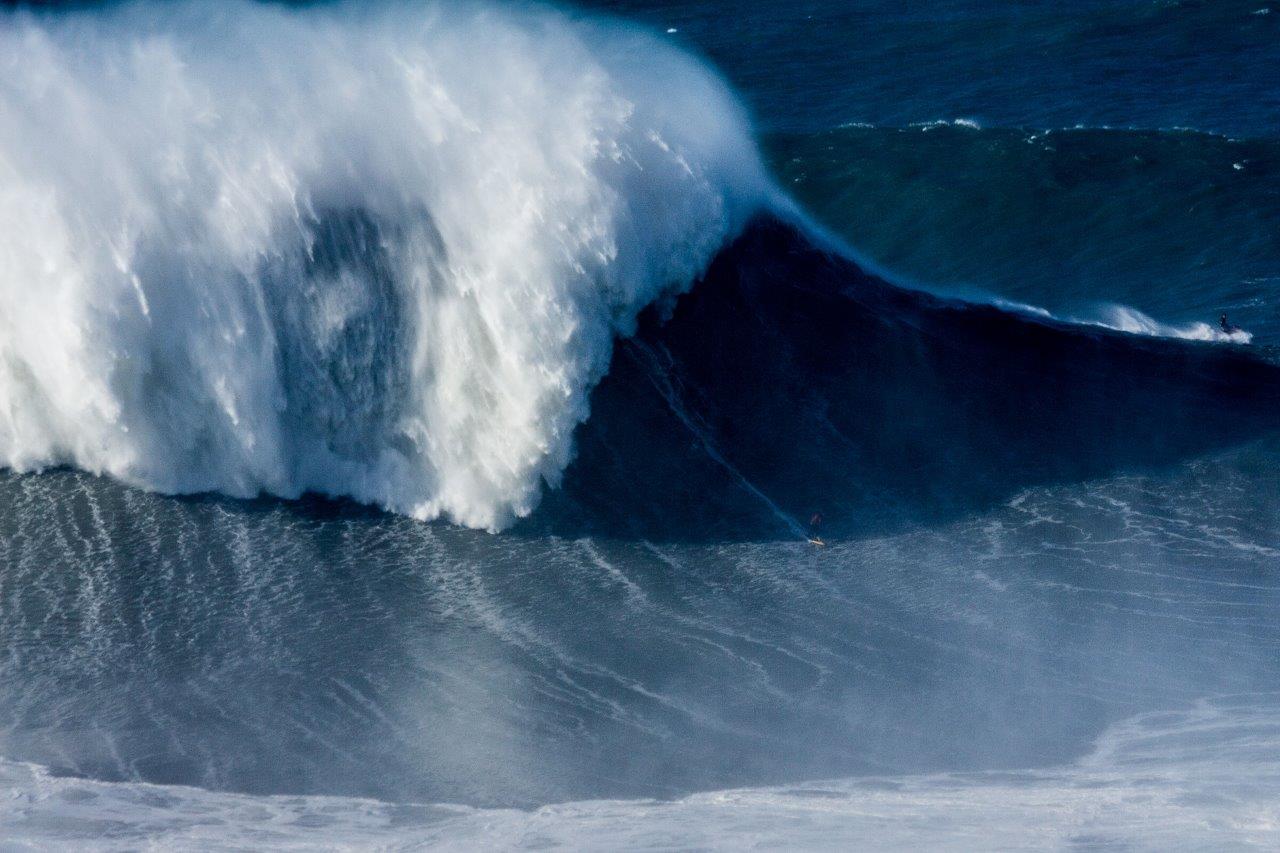 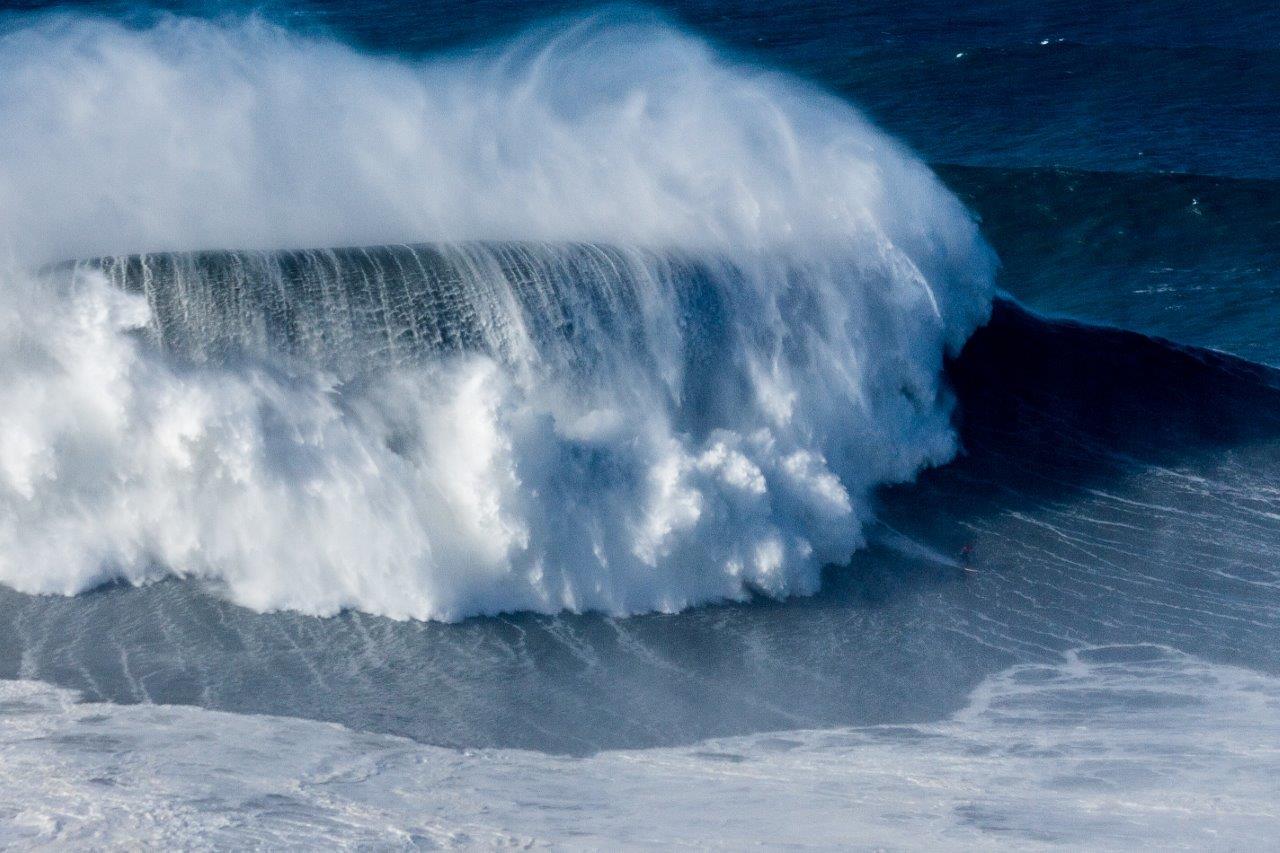 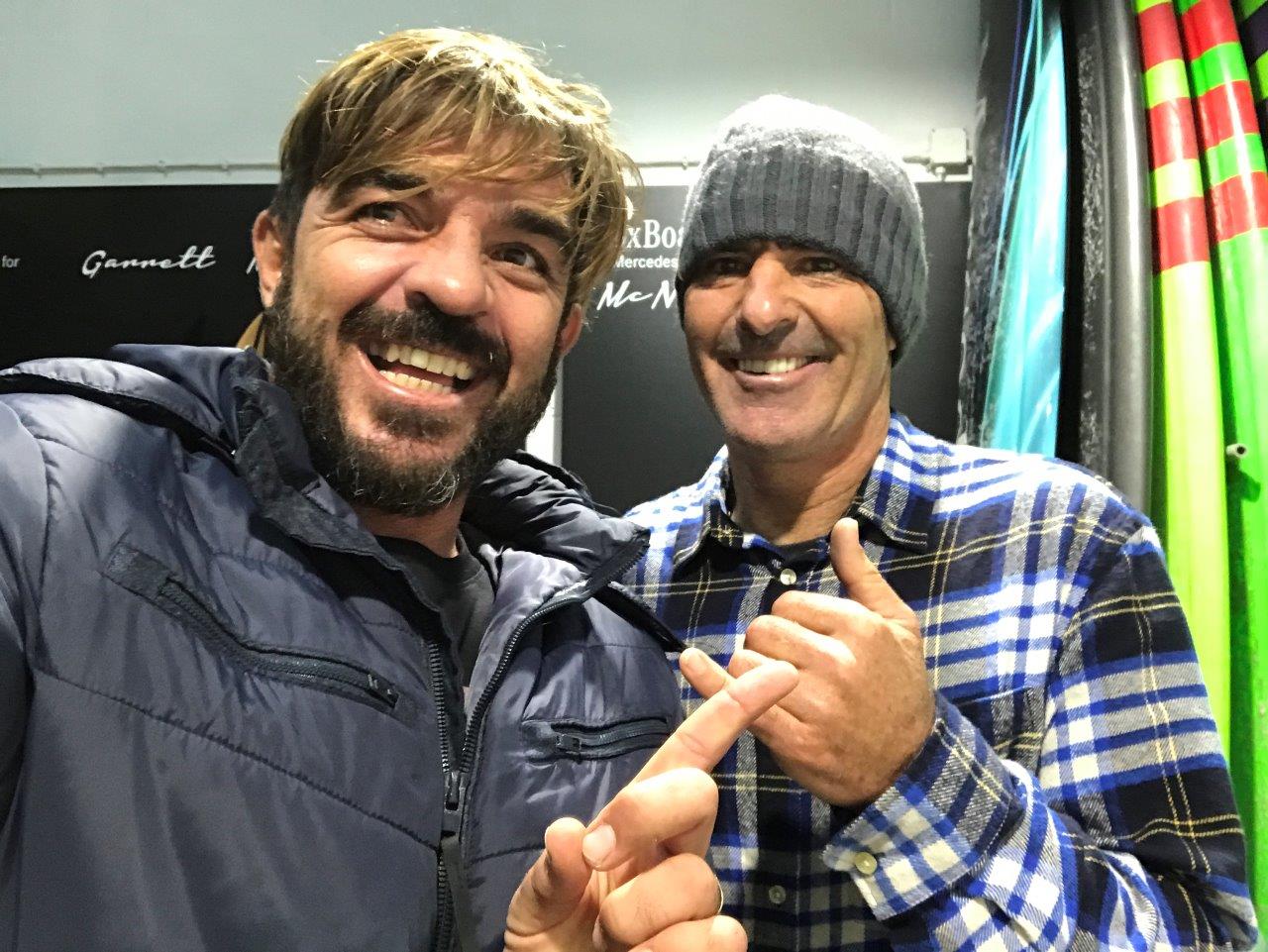 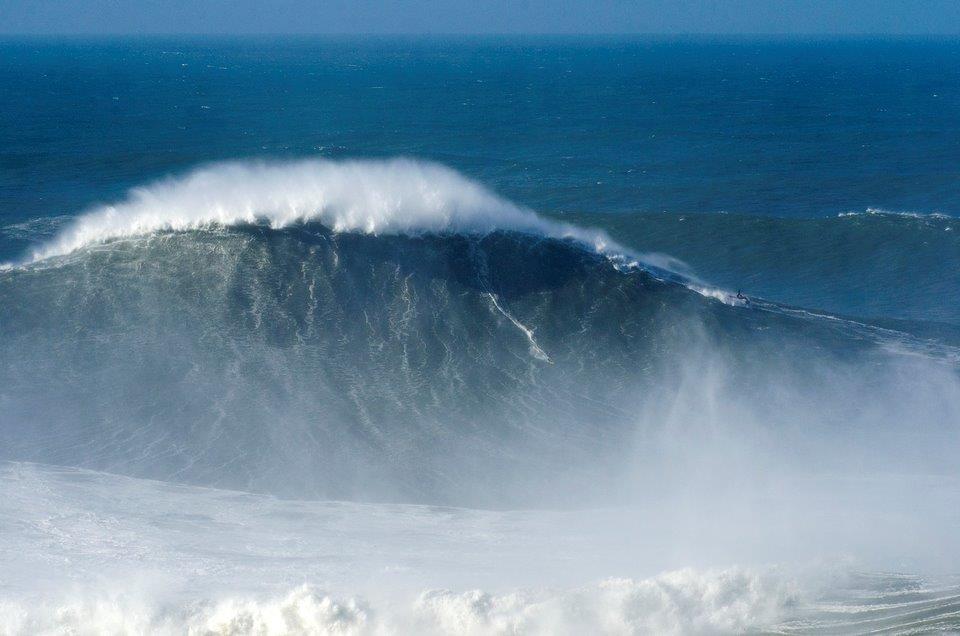 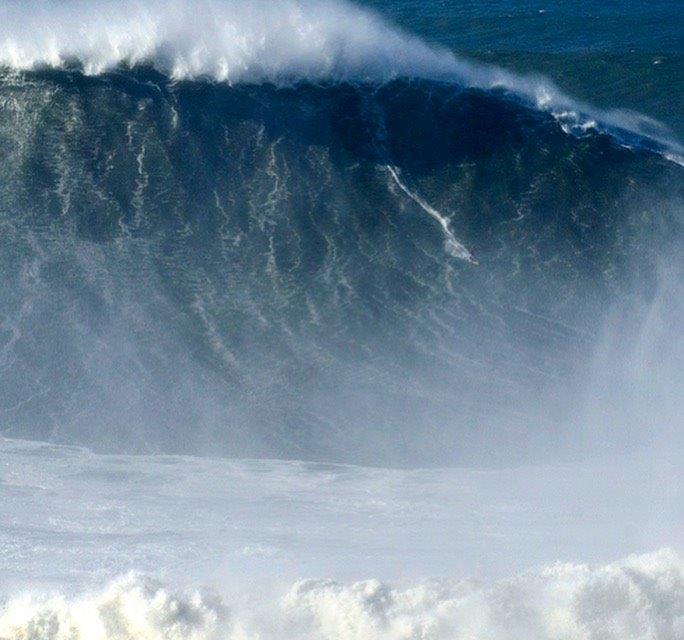 Rodrigo Koxa surfs the biggest wave of the season, competes for the ultimate prize of the sport and ‘threatens’ worldwide record idol Garret McNamara

Accustomed to defy nature in a radical way, the big rider of São Paulo Rodrigo Koxa has overcome. On the eighth, on a historic swell in Nazareth, Portugal, the giant wave ‘mecca’, the experienced 38-year-old surfer dropped a 'mountain of water', estimated at an incredible 85 to 90 feet in height (about 25 to 27 meters). Some experts in the segment have already talked about social networks in impressive 100 feet.
The achievement was recognized by the icon and one of the greatest experts of the Nazareth waves, Garrett McNamara, and also appears as a big favorite to the top prize of the modality, the WSL Big Wave Awards, known as XXL, the big waves' ‘Oscar’, giving it more credibility. To boot, Koxa threatens the worldwide record of McNamara, today of 78 feet, exactly its idol and inspiration to face challenges like this one.
If the size is made officially, Koxa will enter the Guinness Book, the book of records, for his courageous feat. "I waited my whole life for a wave like that. It was always my dream to surf this wave and it seemed until I felt she was coming on this trip", he vibrated.

More than dropping the gigantic wave, Rodrigo Koxa descended straight, which further enhances the initiative. "By the time Serginho, my Portuguese partner, and I saw the wave, we already knew that it was really giant. At this hour he shouted: it's the bomb. Do you want to go? And I said: go, go, go! When I released the rope, I realized it was a mountain and my adrenaline was already very high, it went up even higher and I quickly realized that it was a lot of speed and could not fall”, he recalled.
"But the greatest part was realizing the surf line I needed to do and believing that I could even go down the straight wave, trying to take advantage of it to the maximum, instead of going off to the side, which usually happens. It was also scary, because the board gained speed and I almost fell, but I was confident by the straight line. My feeling was of an arrow dropping the whole wave. Then it was just a celebration, thanks and greetings", the always smiling Koxa celebrated.
At the end of the wave, the feeling of excitement mixed with gratitude, including his team involved in the project, especially Sergio Cosme, as pilot, the Portuguese Antonio Silva, his second rescue (back up), who invited him the first time to Nazaré, the American David Langer, Joana Andrade and Carlos Eduardo. He also mentioned his wife and day-to-day companion in projects and dreams, Aline Cacozzi. "Yeahhhh. I felt a lot of euphoria and especially a lot, but a lot of gratitude", he added.
"As soon as I got on the jet ski I started to scream, thanking that place, too much to Our Lady of Nazareth and all the angels and protectors that surround us. I was just love, joy and gratitude. I felt that he had finally overcome me, after the dramatic chapter that I lived in 2014", he said, recalling the moment when life in Nazareth came to life.

SPECIAL BOARD - To face the challenge of Nazaré, Koxa made a special preparation - physical, psychological and, of course, on the equipment. The plank used for the historic drope featured a special damper system and was designed by none other than Garret McNamara, along with Hugo Cartaxana of the SPO. "The suspension is based on the board get two types of flexibility. From the front foot to the tailbone it is rigid, very hard, which allows speed in the wave", he explained.

"The part that is out of water, which would be from the front foot to the beak is much more flexible, even this area does not have wooden stringers. The pajamas are 10.5 kilograms, it's a little trick and because I've been used to it since 2015, it makes all the difference to make me feel more confident, "added Rodrigo Koxa, who has sponsored KoxaBOMB, Tent Beach, Travel Ace Assistance, Bully's, Akiwas, Silver Surf, SPO, Natural Delirium, Tomihama Sushi and Flex Academia Guarujá.
Born in Jundiaí, in the countryside of São Paulo, Koxa learned to surf at the age of eight in Guarujá. At age 15, he decided what he wanted to do, face the big waves, during a trip to Puerto Escondido, Mexico. At the beginning of the surf, he was inspired by Dadá Figueiredo and now his idol in the giant waves is Garrett McNamara. "I was very much a fan of Dada. Brazilian punk rock surfer. My first shaped board for me had the same malta print on it, "he recalled.

"Garrett is a visionary, a guy who lived his life searching for the biggest waves in the world, so much so that he broke the biggest one of them, Nazaré", said the surfer, who is now awaiting the result of the WSL Big Wave Award. The deadline to register giant waves is March 20. Since 2011, Rodrigo Koxa has been competing for the big waves and has already made finals in 2011 and 2012."If I win, I will realize my greatest dream as a professional athlete, big rider. I also believe from my experience that there is a huge chance of breaking the record. Only the winning waves of XXL are measured and only in April, on the day of the awards party, WSL will announce the size of the biggest waves of the year and, sincerely, I hope it comes to be mine. "