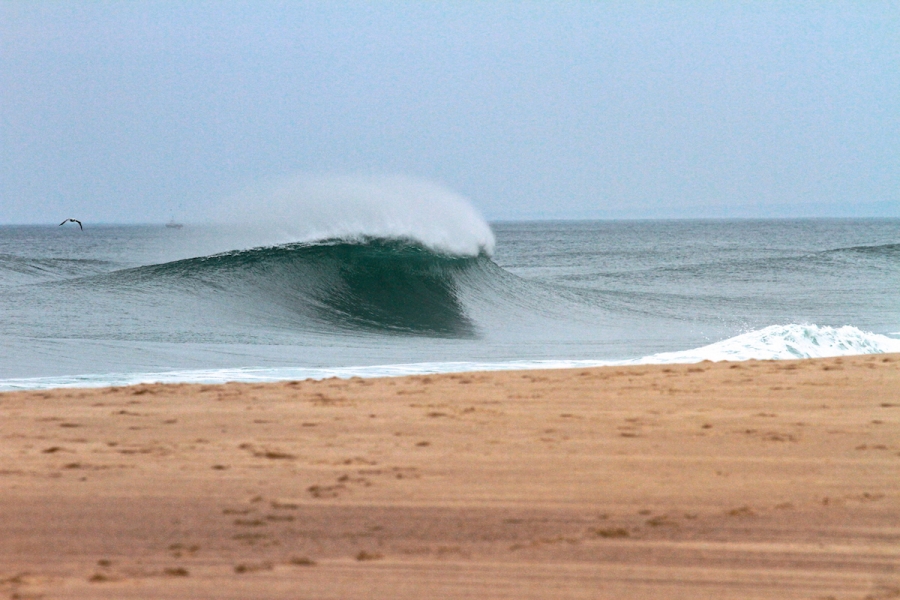 The world’s best surfers have arrived in Peniche, Portugal for the final European stop of the 2016 Samsung Galaxy WSL Championship Tour...

The Meo Rip Curl Pro Portugal, which holds a competitive window starting tomorrow, October 18, and runs until October 29, 2016.  Held at the world-class beachbreak of Supertubos, the Meo Rip Curl Pro Portugal has delivered the unparalleled athleticism, competitive drama and adventure of the world’s best surfers since 2009 and this season promises more of the same with the race for the world surfing crown as well as the battle for requalification.  John John Florence (HAW) retains the frontrunner spot on the Jeep Leaderboard heading into Portugal and is the only surfer with the chance to claim his maiden WSL Title at the event. Florence can only become WSL Champion in the following scenarios:

Gabriel Medina (BRA), Matt Wilkinson (AUS), Jordy Smith (ZAF), Kolohe Andino (USA), Julian Wilson (AUS), Filipe Toledo (BRA), Kelly Slater (USA) and Adriano de Souza (BRA) all still have a mathematical chance of winning the title.   “I’m super excited to be here,” Florence said. “The forecast is looking good and I know what this wave can do -- we’ve seen it a few years back. I’m excited for getting barreled and for a great event.”   Medina, currently at No. 2 on the Jeep Leaderboard, has closed the gap on Florence and now sits just 2,700 points behind the Hawaiin after a runner-up finish in France. If Medina makes it into the Quarterfinals at the Meo Rip Curl Pro Portugal the title race will automatically be sent to Hawaii. Medina will take on Conner Coffin (USA) and Frederico Morais (PRT) in Round 1.   “I’m very happy to be back in Peniche,” said Medina. “It’s a place I like and the waves are really good. I hope everyone has a good event. I’m feeling confident and I’ve had some good results at the past few events. After france I’m closer to the top and I’m going to give it my best.”   Filipe Toledo (BRA) comes into the Meo Rip Curl Pro Portugal as defending event winner and will battle Wiggolly Dantas (BRA) and Adam Melling (AUS) in the opening round of competition.

“It’s a pleasure to be here -- it’s a beautiful place with great waves,” Toledo said. “It’s one of my favorite stops on tour and I feel very at home here. After last year when I won this is a more special event for me so I’m happy. Feel like i’m surfing good and my goal here is to keep surfing well and making heats.”   Miguel Blanco (PRT) and Frederico Morais (PRT) have been allocated the wildcards to compete alongside the WSL Top 34 in the event. Blanco will face Florence and Jadson Andre (BRA) in Round 1 Heat 6 while Morais matches up against Medina and Coffin in Heat 5.

“Thank you for the opportunity for being here,” said Morais. “It’s my third year here. I’m going to try and do the same thing as last year when I finished fifth. I’m going to take it heat by heat and just try and do my best.”   Event organizers will convene at 8 a.m. (local time) tomorrow morning to assess conditions and make the first call.

Official forecast are calling for:   Winds associated with Hurricane Nicole will set up long period W swell that fills in on Tuesday PM and continues for the middle and second half of the week with generally light winds and favorable conditions. An active North Atlantic provides the potential for stronger NW/WNW windswell/swell for next weekend and into the early/middle part of the following week but local winds and conditions look dicey at this point.