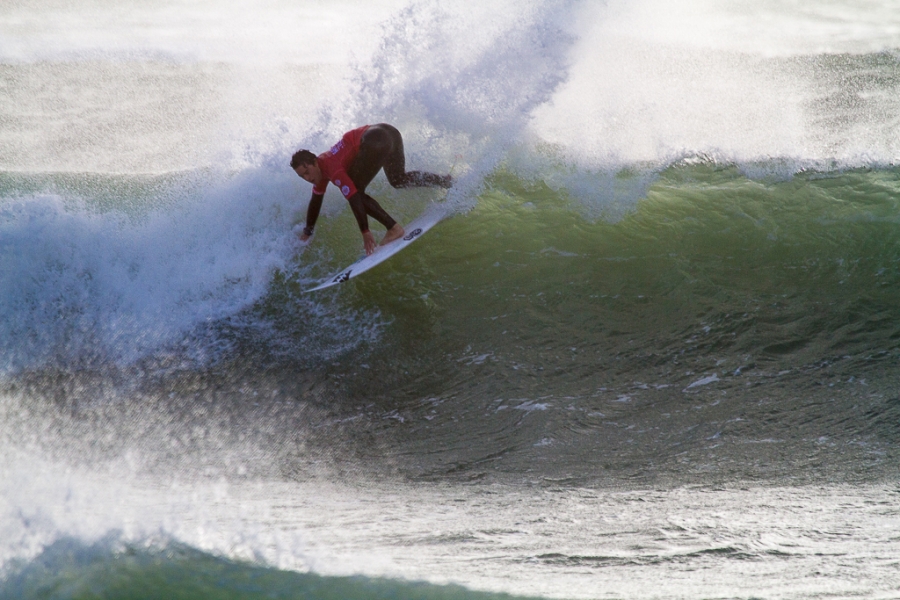 World Junior Championships: The non-elimination men's round was completed yesterday.

Day 2 of the Ericeira World Junior Championships resumed in cleaner two-to-three foot surf at the secondary location of Praia dos Pescadores in Ericeira and completed 9 heats of the men’s opening round of competition. Surfers took on a bumpy lineup and displayed an incredible level of talent, with multiple waves scored over the 9 point bar.

Italian phenom Leonardo Fioravanti (ITA), 18, picked a clean left apart with three backhand turns to nail the perfect 9 point ride of the men’s event. Fioravanti, who spent half of his 2015 season battling a serious back injury sustained in Hawaii last year, looked sharp and motivated to make his final effort as a junior count.

Local hero Tomas Fernandes (PRT), 19, picks up where he left off last year with a great first heat to take the pressure off his Junior title campaign. The former semifinalist in Ericeira controlled the 25-minute bout and moved on to the third round.

“I was born here so I’m stoked to be competing here again and couldn’t be happier that everyone came to watch my heat,” Fernandes said. “Last year as it was my first time competing in the World Juniors, a 3rd place was incredible for me and I want to do even better this time !”

Japanese perennial threat Hiroto Arai (JPN), 20, scored an excellent wave of his own for a 9.10 and his spot in Round 3. In his sixth participation in a world junior final, Arai will look to climb up the ladder and put a successful term to his junior career.

Byron Bay’s Soli Bailey (AUS), 20, took out the final morning heat before an extreme high-tide put a halt to competition for a few hours, with a solid display of excellent surfing. Bailey, who placed fifth in this event last year, look determined to take his act to the next level and claimed two big scores on his backhand.