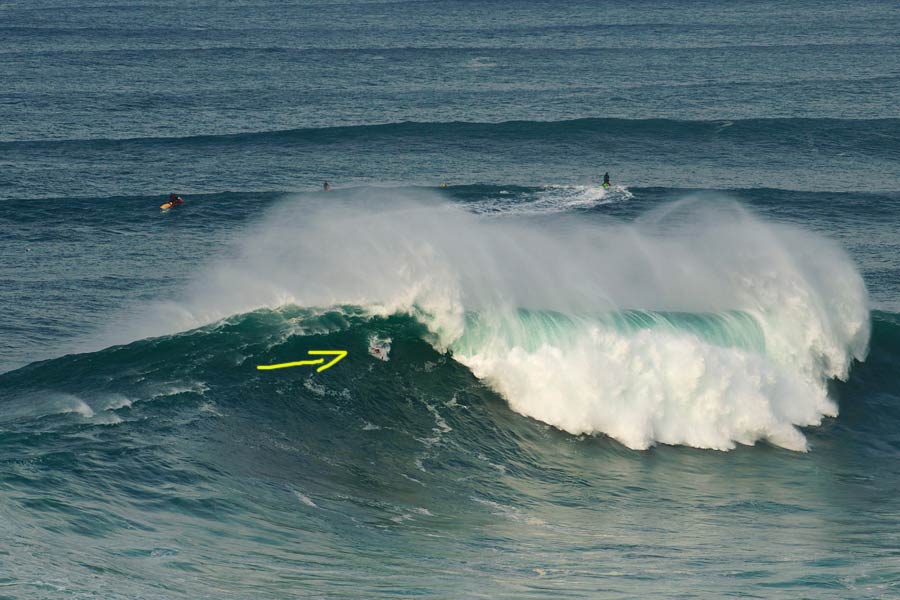 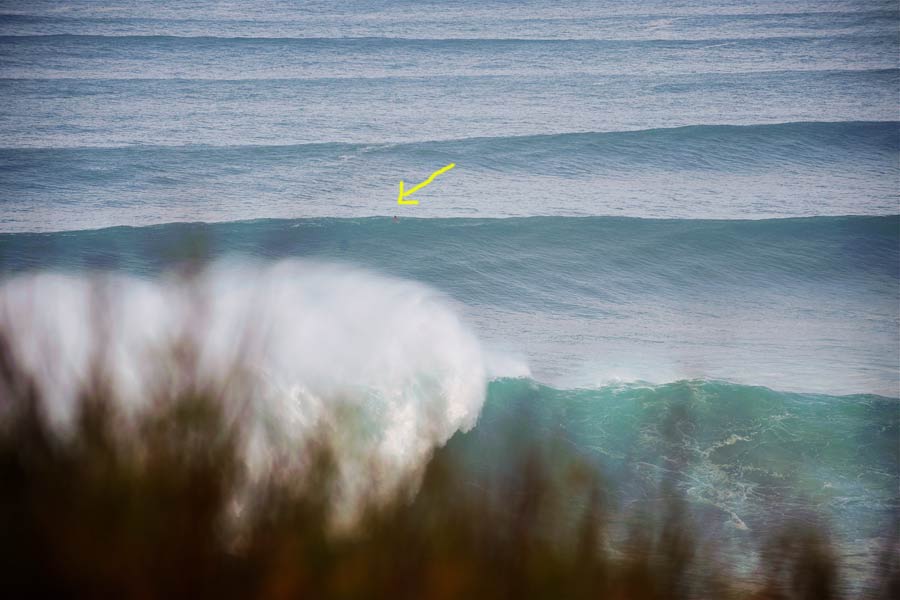 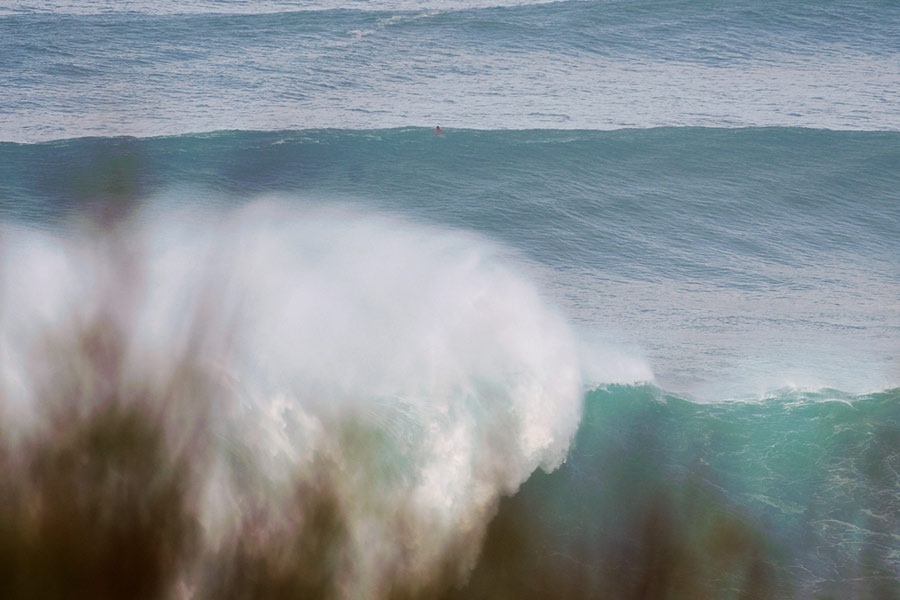 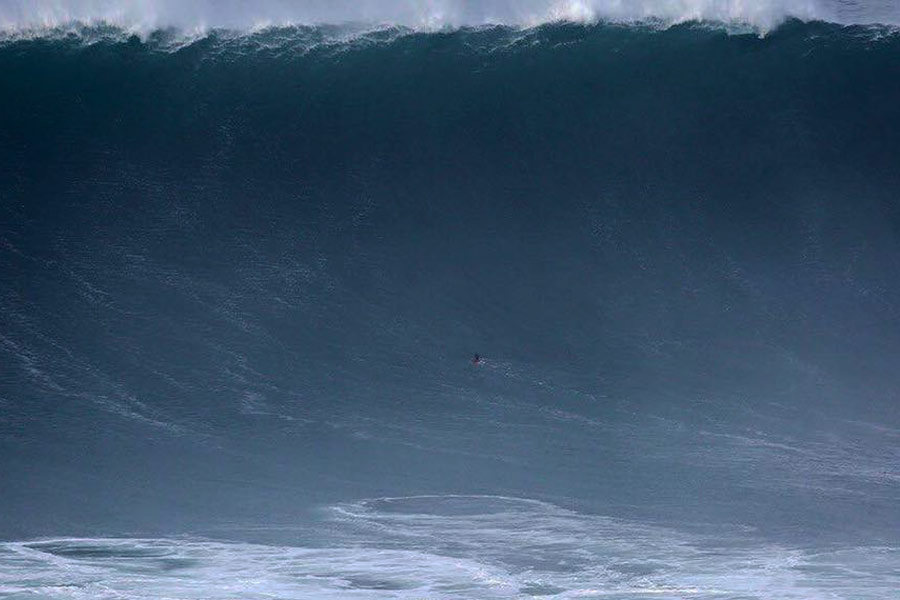 Kalani Lattanzi is what we may call the authentically Waterman. He’s a surfer, but also a bodyboarder and bodysurfer. Born in Hawaii, but living in Niterói, where the heavy waves of Itacoatiara provide the perfect training ground for Nazaré. On his second trip to Portugal, Kalani took advantage of a swell that came to the portuguese coast on December the 23rd to charge in Praia do Norte (Nazaré) bodysurfing. SurfTotal spoke to him to understand how was the experience of facing those heavy waves using only his swim fins.

What do you thing about the waves at Praia do Norte? Are they similar to Itacoara?
Praia do Norte is a spot with very heavy waves, but, still, I consider Itacoatiara the heaviest wave in the world. Praia do Norte comes second.

Why the trip to Portugal, in December, when it’s cold?
It’s simple. Where I live, Niterói, there are no waves at this time of the year.

What is, in your opinion, the best wave in Portugal?
Praia do Norte, no doubt.

Why challenging Praia do Norte using only your swim fins?
Actually I didn’t enter right away at Praia do Norte. I swam from Vila beach until Praia do Norte. Not many are aware, but I started as a bodysurfer, and so I’m just honoring my roots (laughs). I don’t know, sometimes I just like doing things differently.

Did you get to catch some waves in that session? How many?
Sure. Going in and no catching any is a comedy (laughs). I did surf three waves. Some of them are available on my Facebook and Instagram.

Describe the feeling of being in the middle of the ocean with such massive waves.
It was good. I felt comfortable, but in the end I swam more than I got waves! (laughs). But that’s part of big surf sessions.

From what you’ve seen so far, how would you describe the surf scene in Portugal?
I think surfing and bodyboard get good media coverage, and the portuguese have a lot of potential in water sports. Congrats!