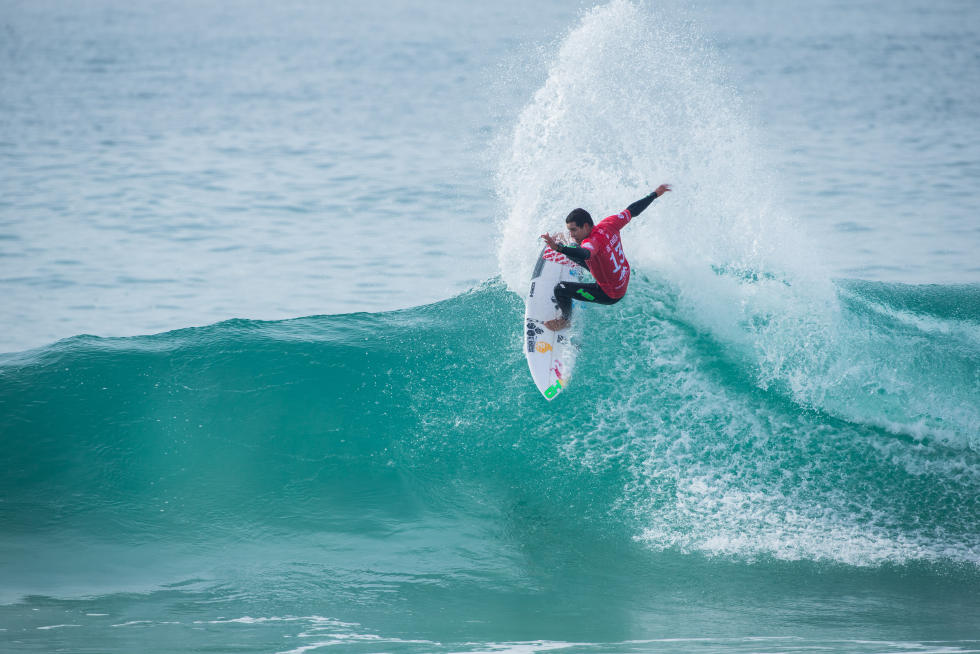 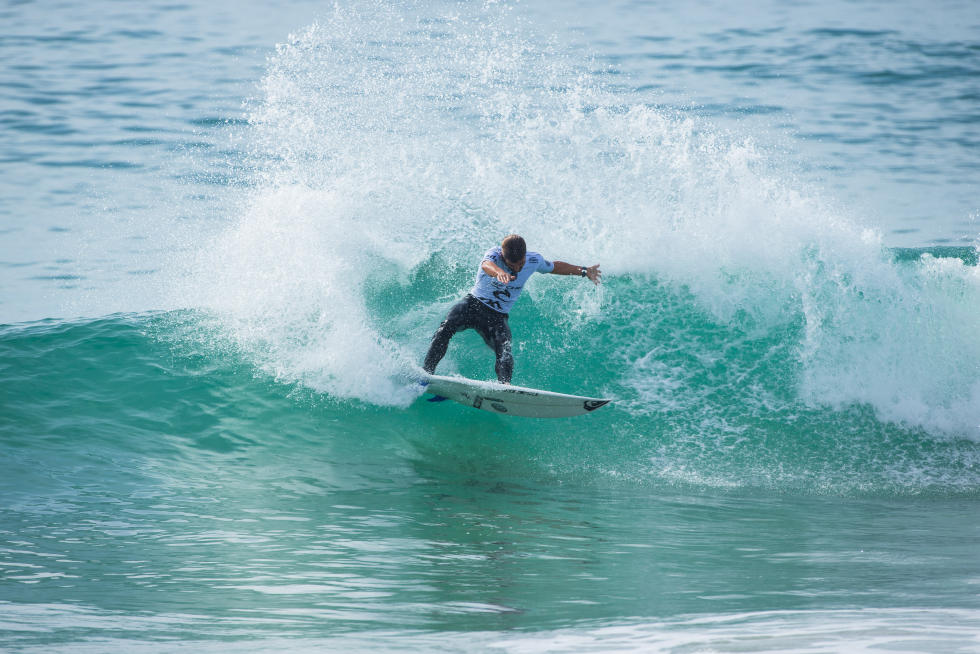 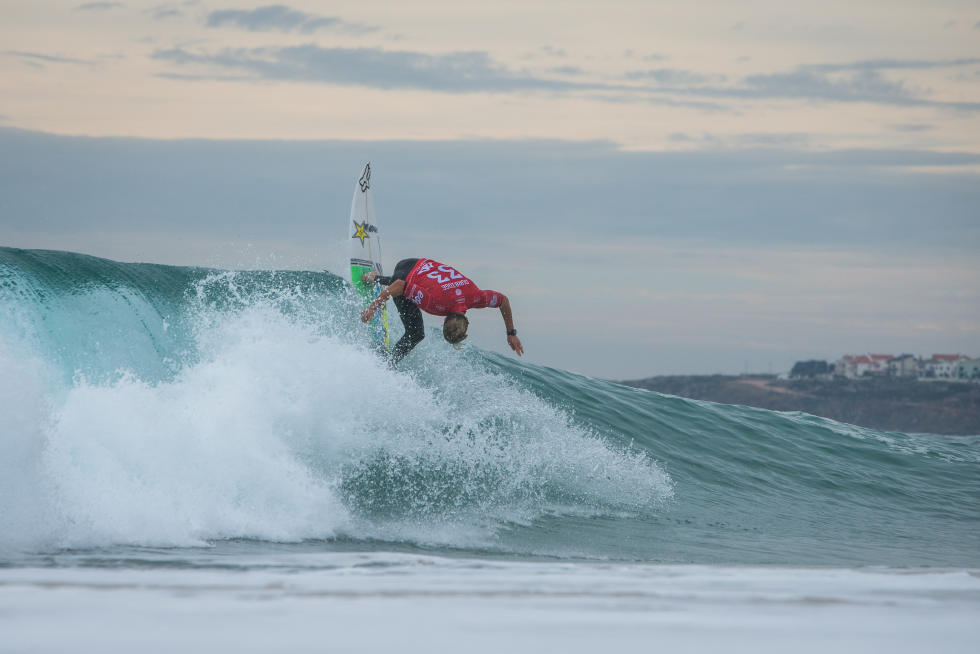 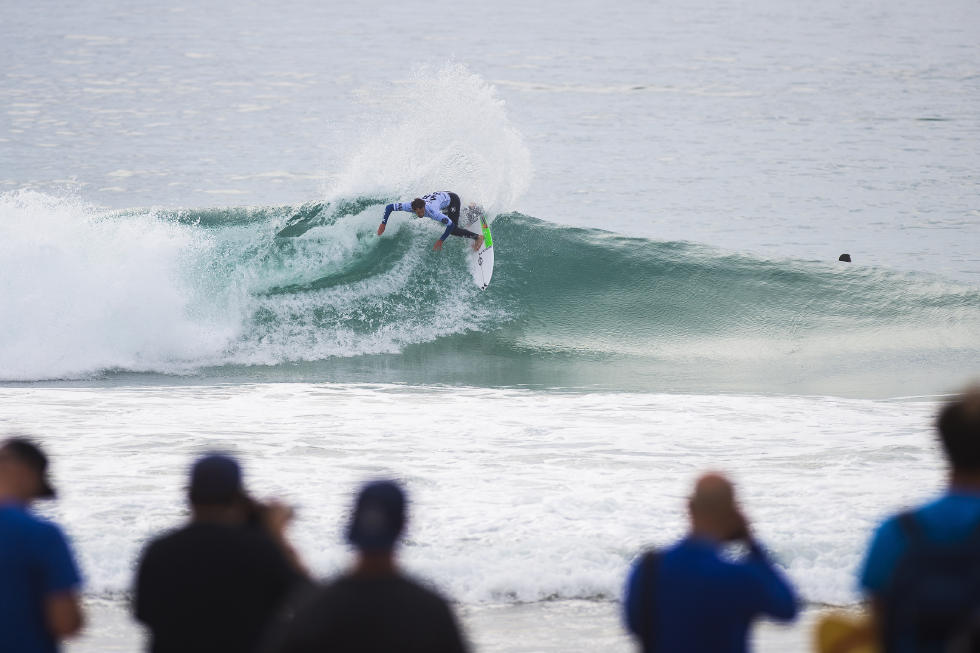 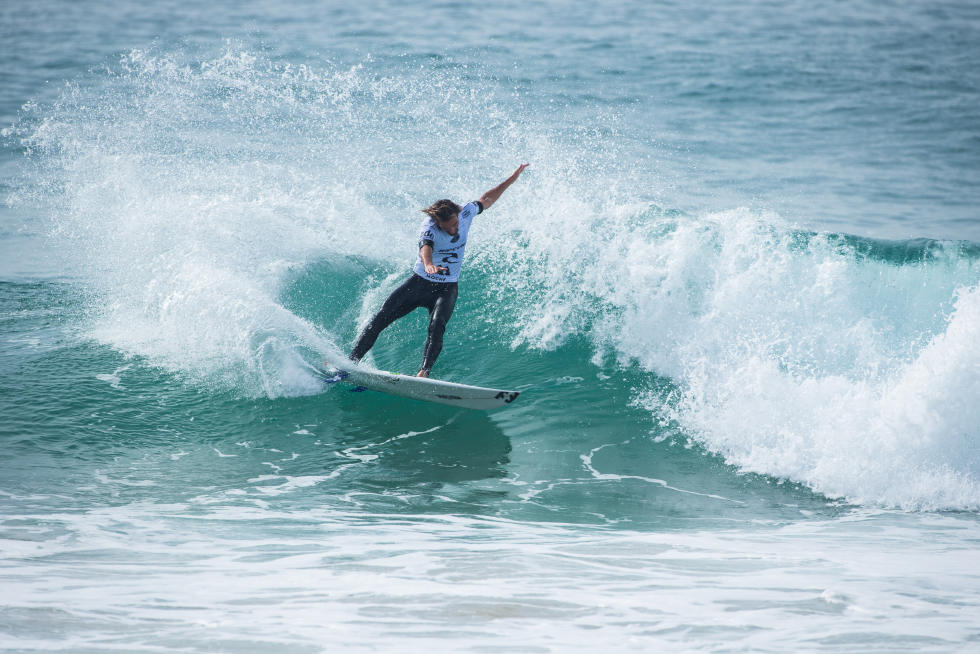 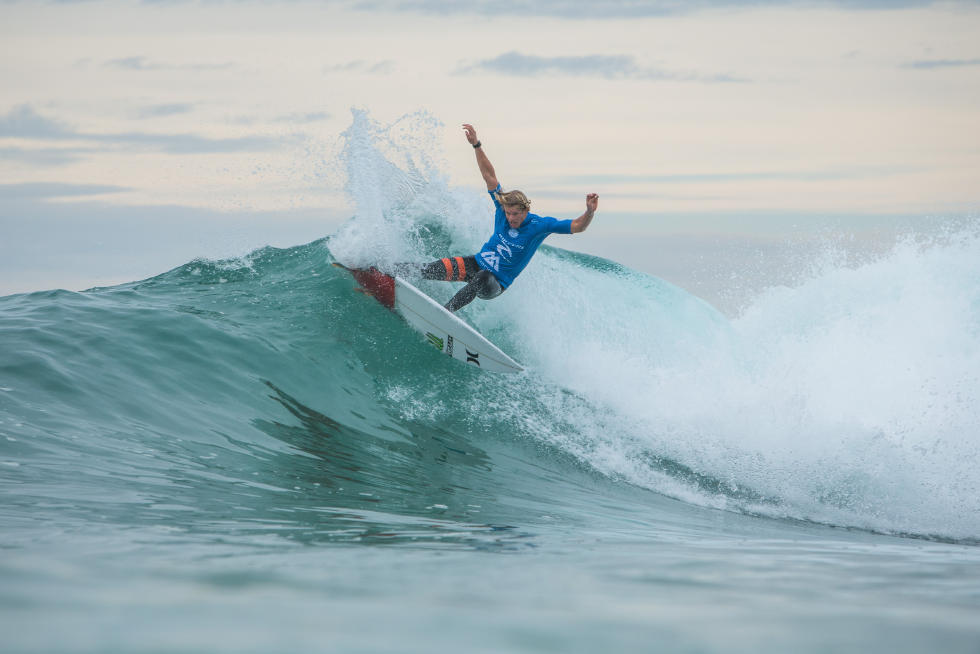 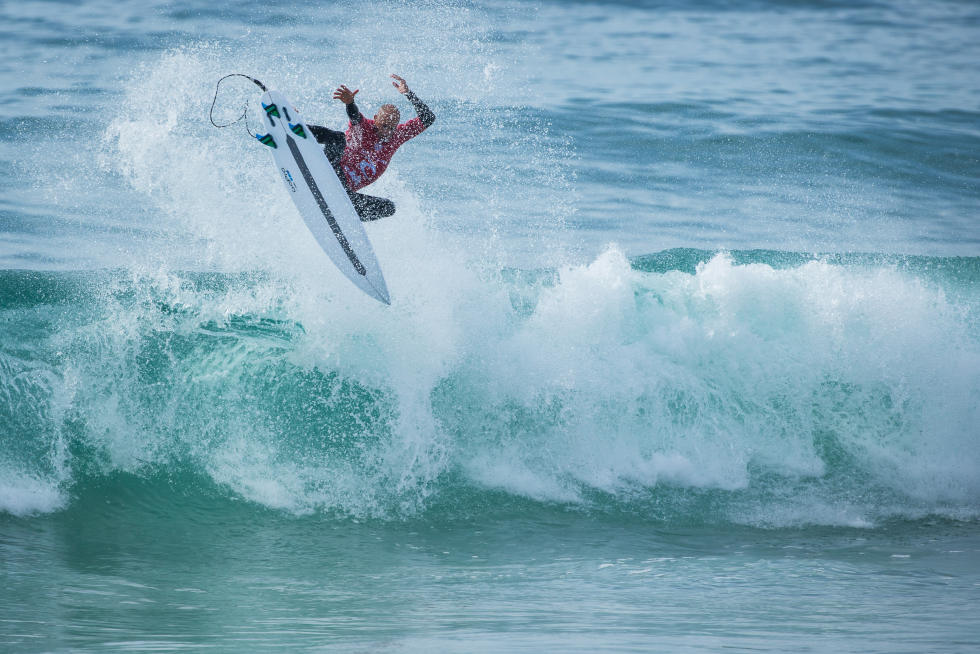 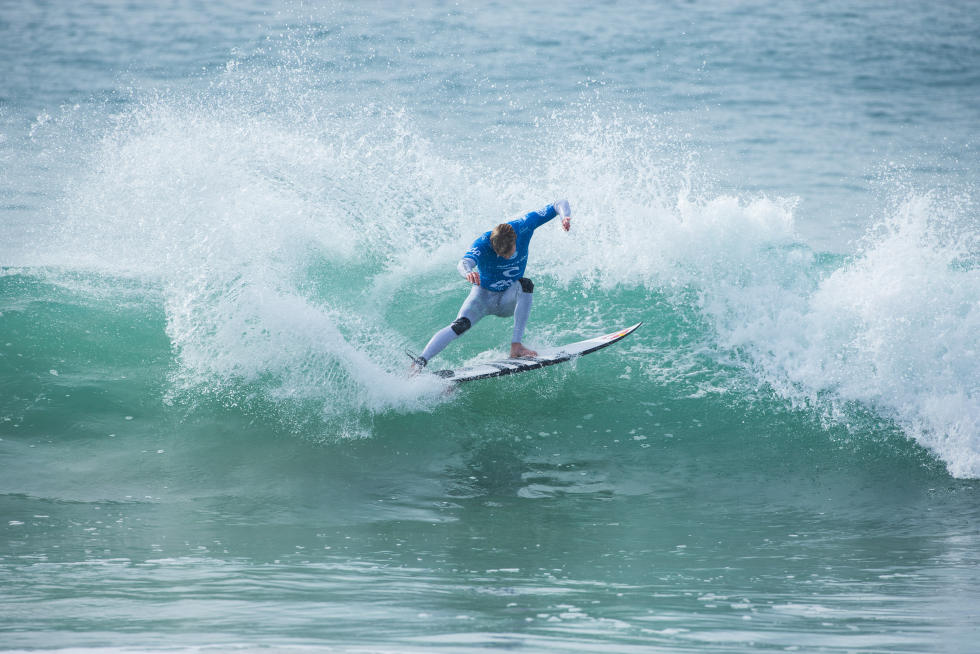 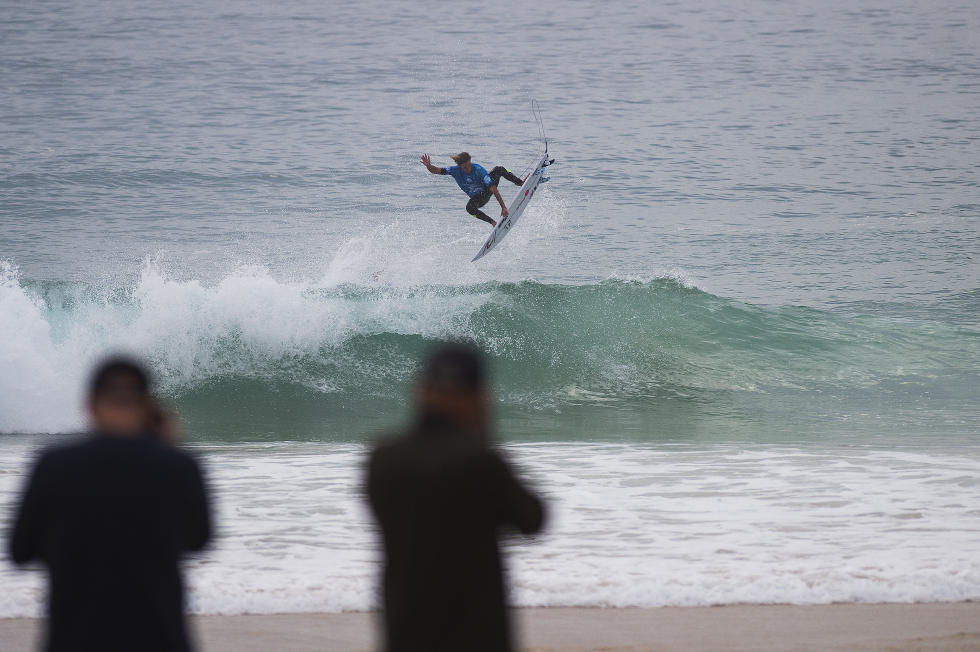 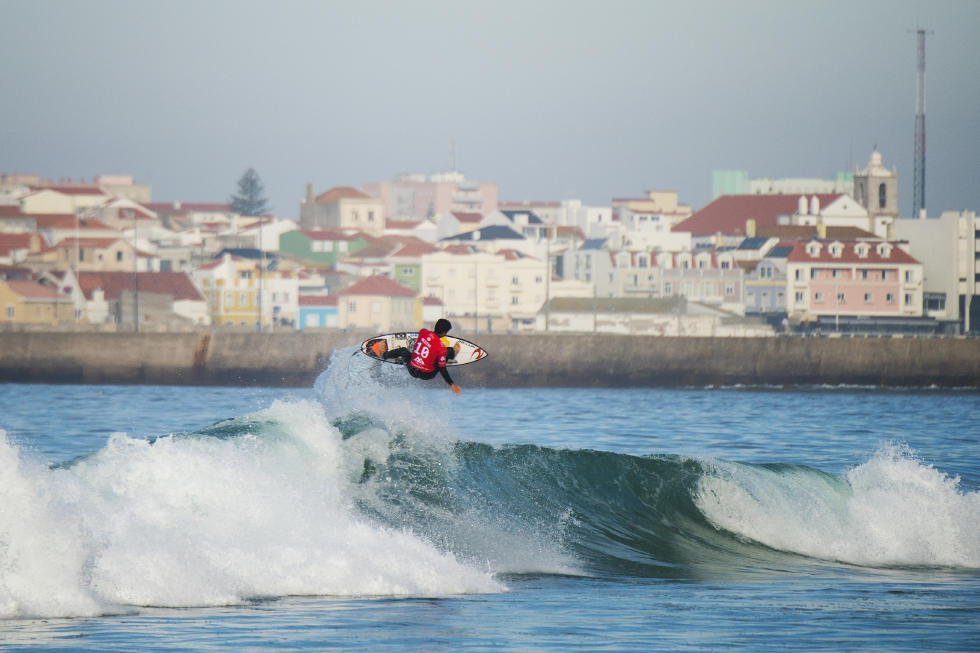 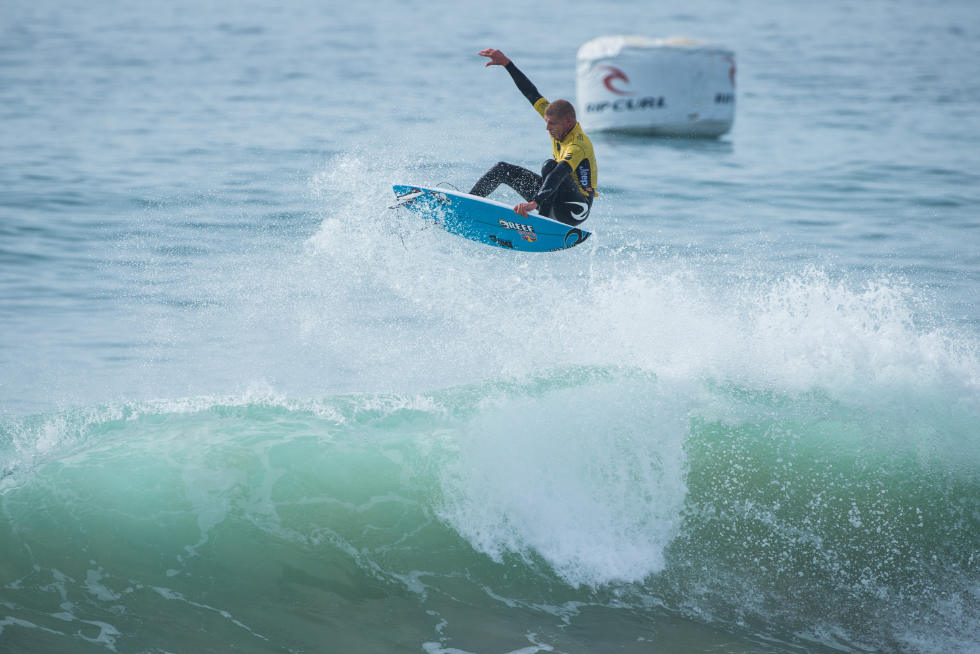 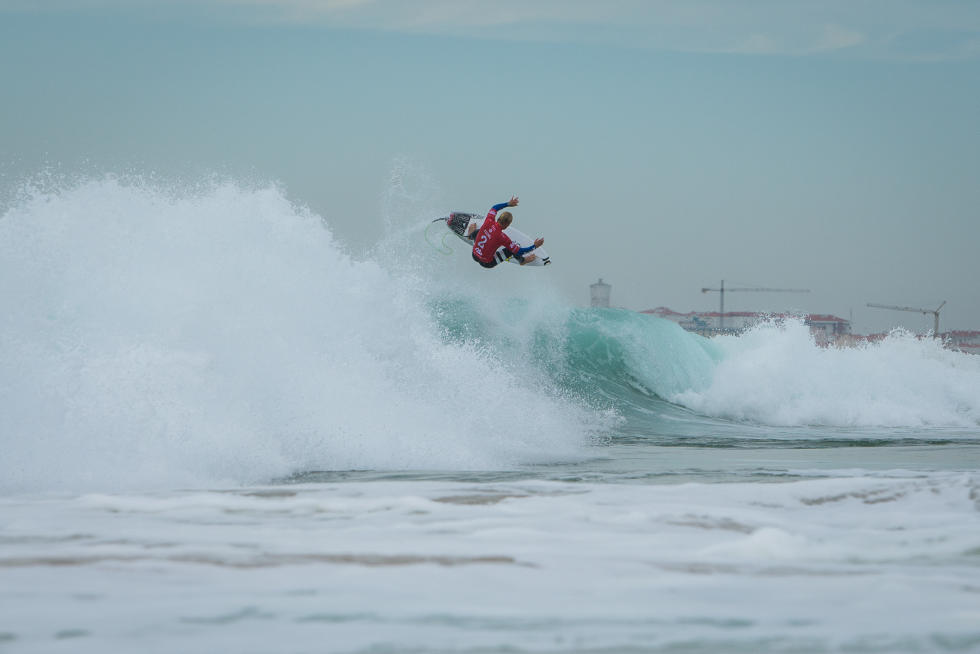 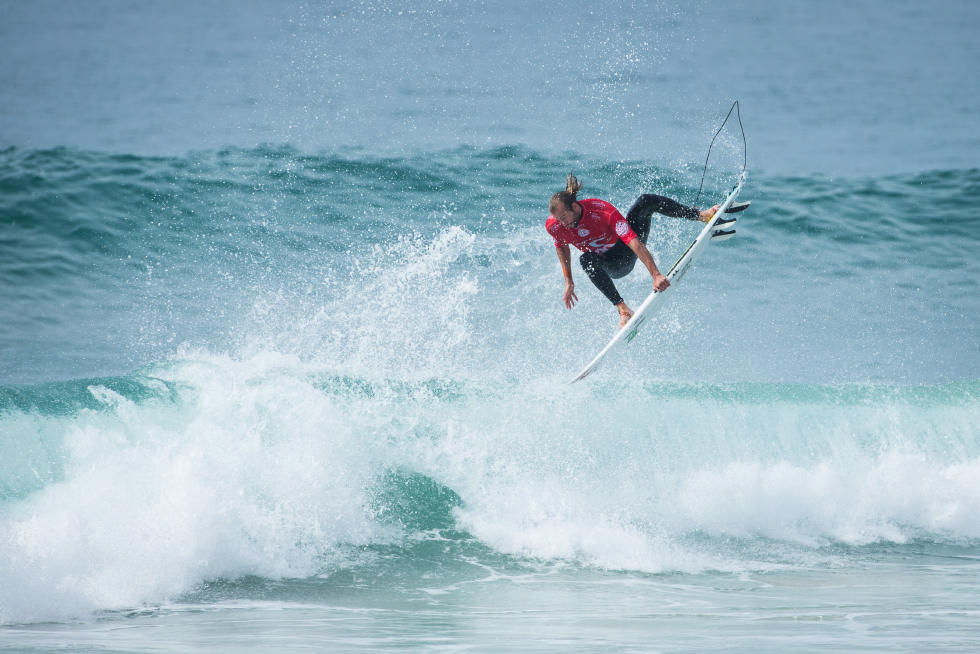 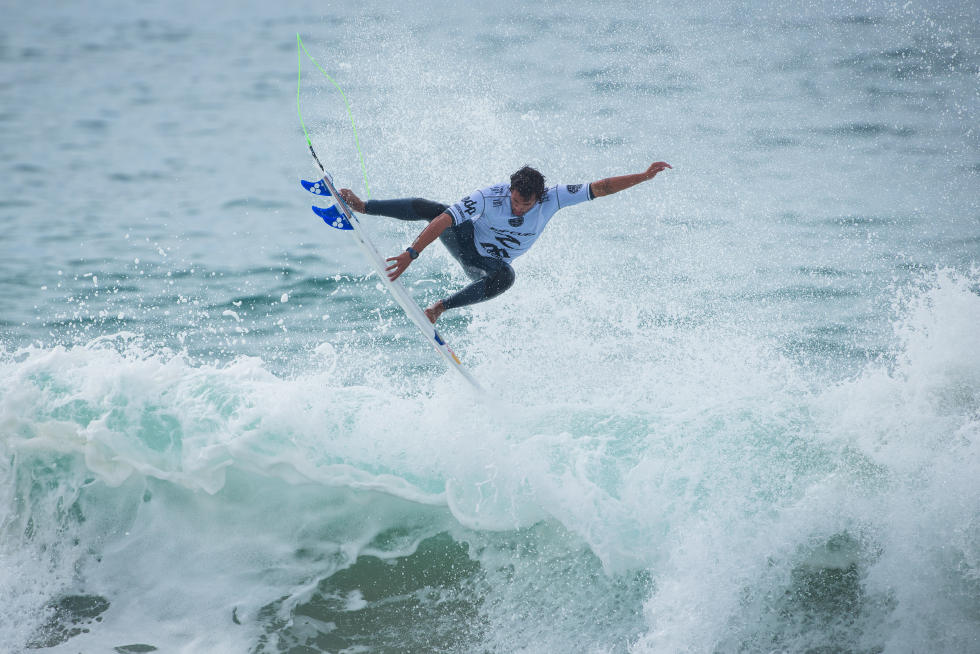 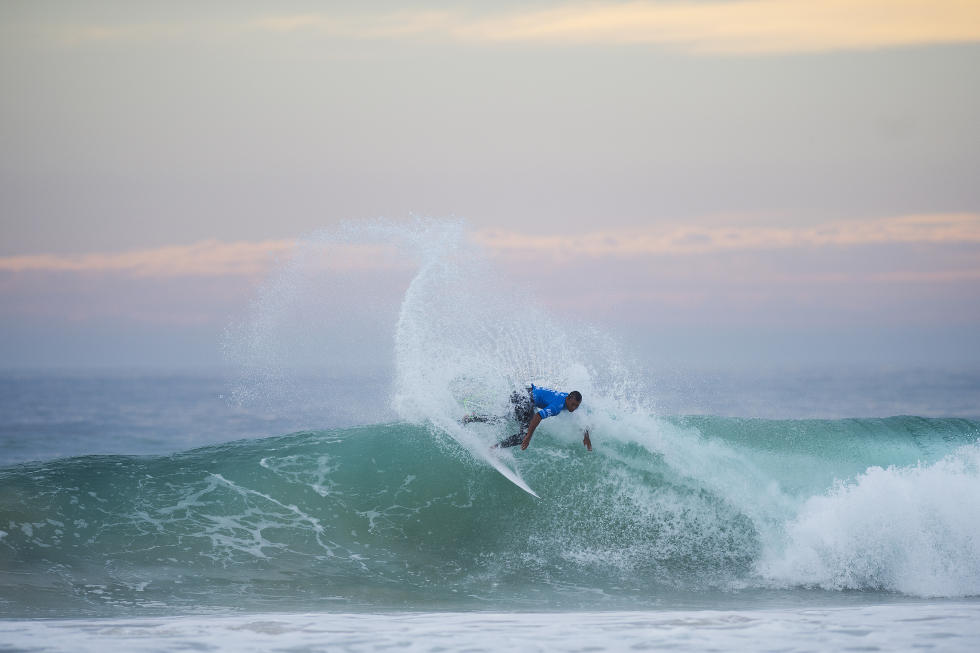 Filipe Toledo (BRA), 20, was first to take action, capitalizing on the medium-sized waves on offer early this morning to display his aerial skills and take a first-round win over compatriots Tomas Hermes (BRA) and Jadson Andre (BRA).

“I feel super comfortable over here, and I’m extremely happy to be back here with my friends and family,” Toledo said. “France was a bummer for me, I was very disappointed with my result there so I came to Portugal right away and surfed for two days. I hurt my back and haven’t surfed for the past week -- today’s heat was actually my first surf back. I feel good now, our Hurley doctor put my back all in place and it gave me time to rest which was great.”

Current QS No. 38 and 2014 World Junior Champion Vasco Ribeiro (PRT), 20, took out his opening heat as a wildcard in the Moche Rip Curl Pro Portugal to move straight into the third round and relegate Owen Wright (AUS) and Michel Bourez (PYF) into the elimination second round.

“It’s really cool to surf against Owen and Michel, two of my favorite surfers,” Ribeiro said. “My strategy was to start strong with a couple of good scores because it’s hard to find the right waves. It paid off and I’m really happy. It’s amazing to feel all the support from all the Portuguese fans --  I’m going to do my best to surf well and win a couple of more heats.”

Inspired by Ribeiro’s performance, local wildcard Frederico Morais (PRT), 23, stepped up to the plate and put on a strong display of power-surfing in the clean punchy lefts of Supertubos to edge out current WSL No. 2 Adriano De Souza (BRA) and Kolohe Andino (USA). Morais needed an excellent score to overtake his opponents, and he started on a beautiful wave, performed two surgical hits, earning an impressive 9.43 for the win.

“I’m stoked,” said Morais. “It’s challenging out there but there are fun waves. I was against one of the most consistent surfers on tour right now Adriano; I needed a 9.2 so I knew I had to give everything if I wanted to be back in the heat, and do something big, something powerful.”

Jeep leaderboard frontrunner Mick Fanning (AUS), 34, was the only top seed to survive the Portuguese assault at Supertubos, managing to advance ahead of former CT competitor Tiago Pires (PRT). While De Souza, Wright and Wilson couldn’t manage the tricky conditions on Day 1, Fanning seemed unphased and applied his signature powerturns to easily make his way into round 3.

“We saw three dominant peaks and I counted all the waves on each different peak; I had a gameplan before I got ready,” Fanning said. “When you see guys falter in front of you, you realize what can happen, so you just have to stick to your game. It’s always great to skip a round and move into round 3.”

Eleven-time WSL Champion Kelly Slater (USA), 43, was uncertain as to whether he’d compete in Portugal, due to a recently sustained injury. But he managed to push through rib pain to win his Round 1 heat and advance directly to the third round of competition. Motivated by an outstanding forecast for the rest of the event’s waiting period, Slater flew to Portugal this morning just in time to post his first round win.

“I got that injury about 10-12 days ago in France and I thought it was going to be debilitating, I haven’t surfed in about a week and have been taking some time off,” Slater explained. “I felt alright, and when the adrenaline goes you don’t think about it so much. I saw the forecast indicating we could get some really big barrels, and I didn’t want to miss that if it happened.”

Fresh off a victory in France, reigning WSL Champion Gabriel Medina (BRA), 21, picked up where he left off and claimed a round 1 win. Medina proved once again lethal in the peaks of Supertubos at high tide and launched into a big, backhand rotation to collect the winning score.

“Last year I had a lot of pressure -- this year has been different for me,” said Medina.  “I’m so relaxed and happy to be here in Portugal -- I love this place.”  “It was a tough heat against Miguel (Pupo) and Mason (Ho), the waves were hard to find and to surf.”

Josh Kerr (AUS), 31, rounded up the day’s action with the highest single score of the event so far, a near-perfect 9.70 for an impressive stalefish air-reverse in the very last heat of the day.

Event organizers will convene tomorrow morning at 8 a.m. to assess conditions for a possible start.