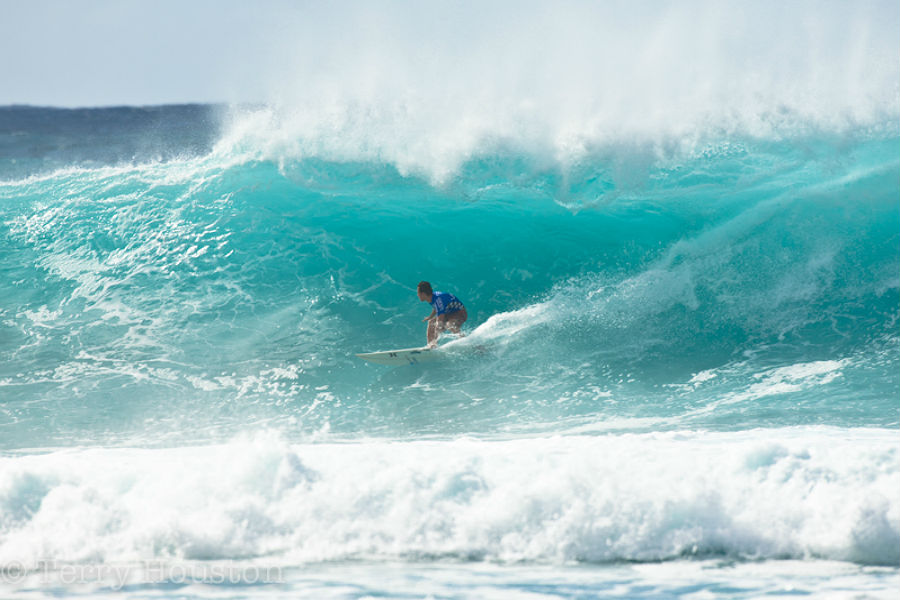 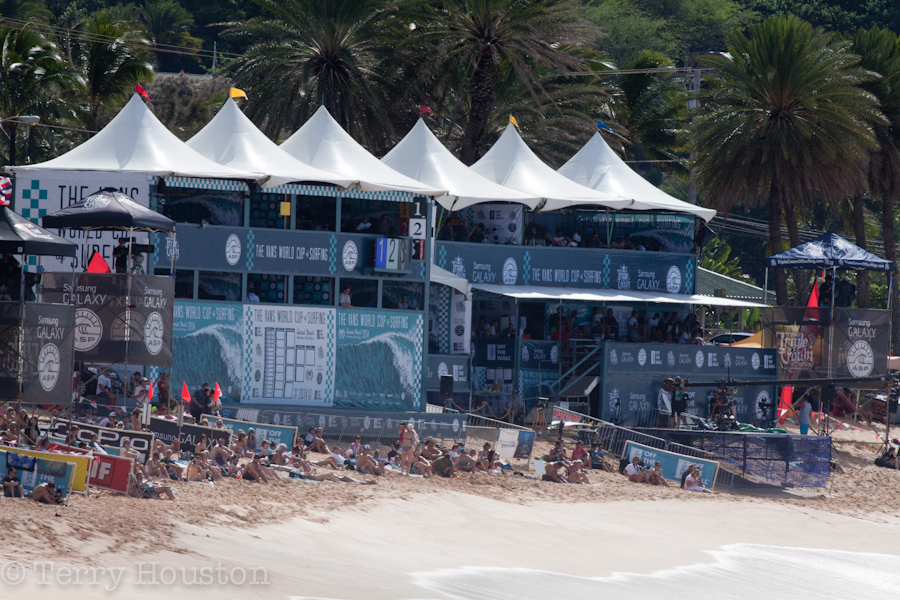 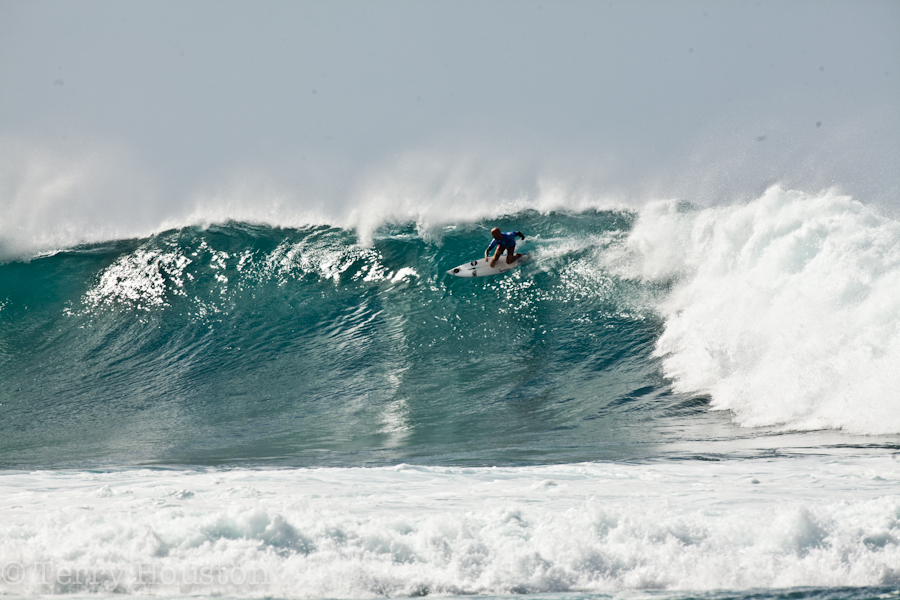 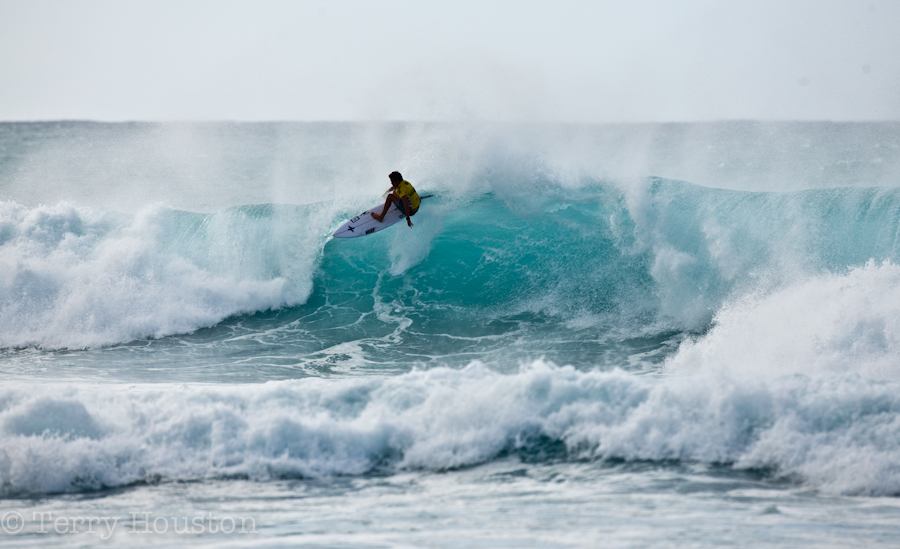 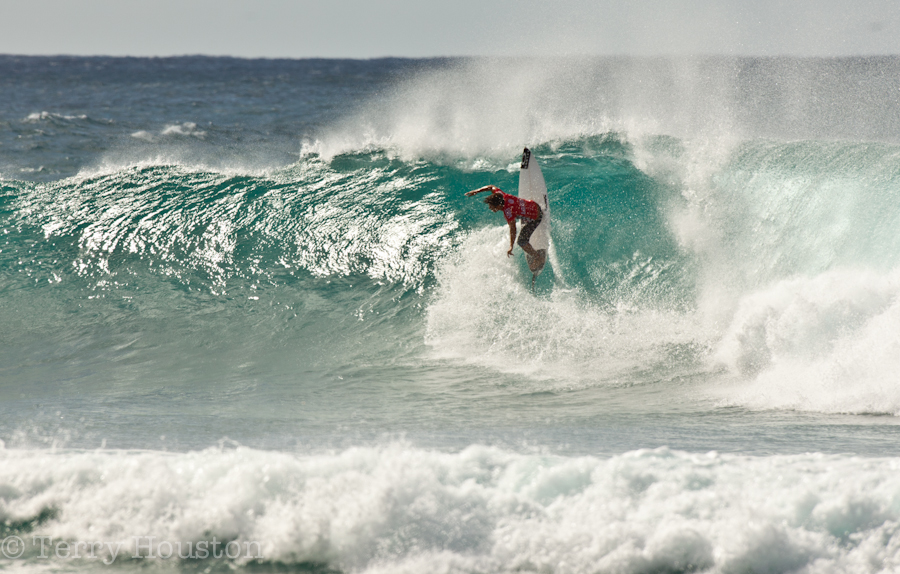 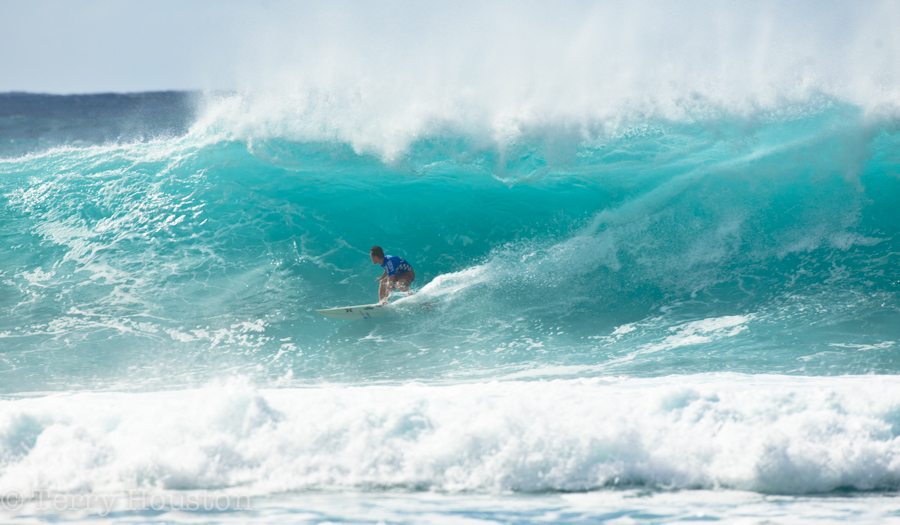 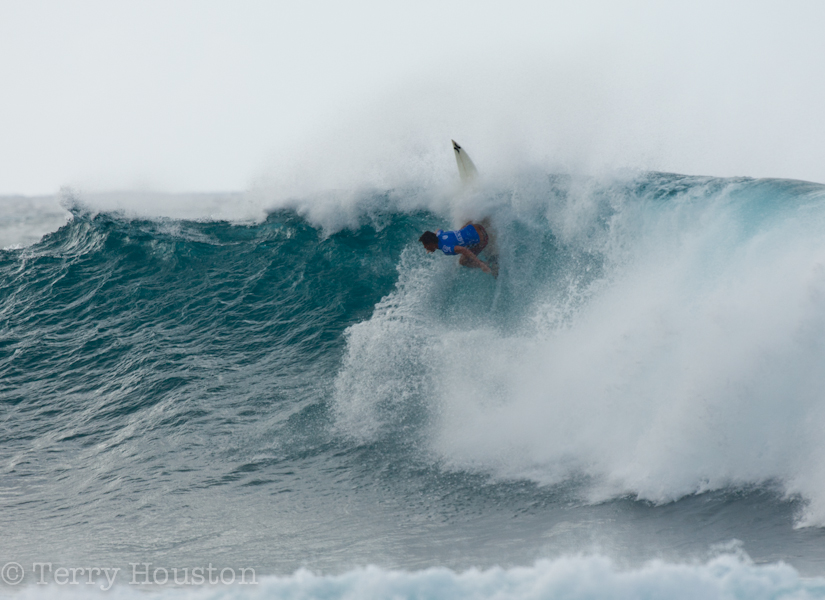 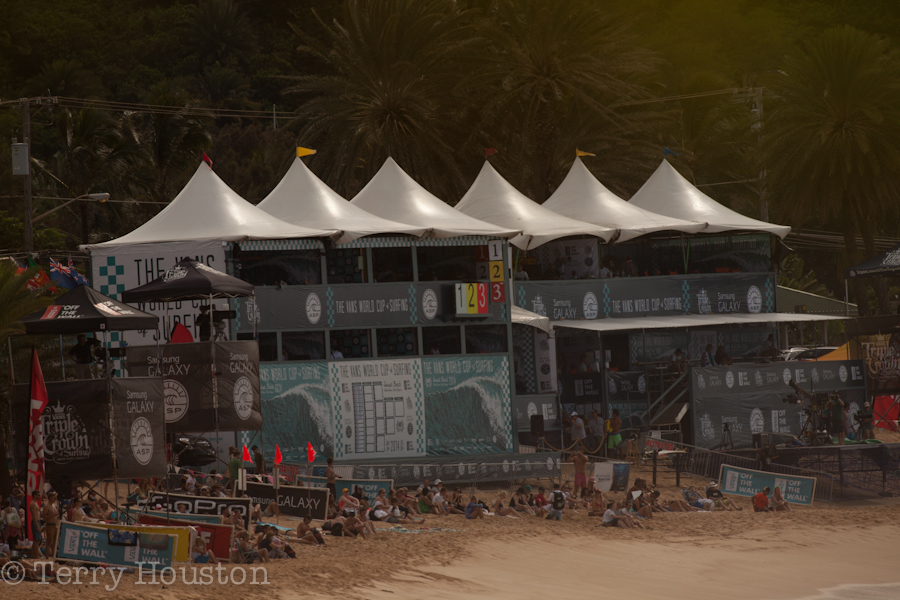 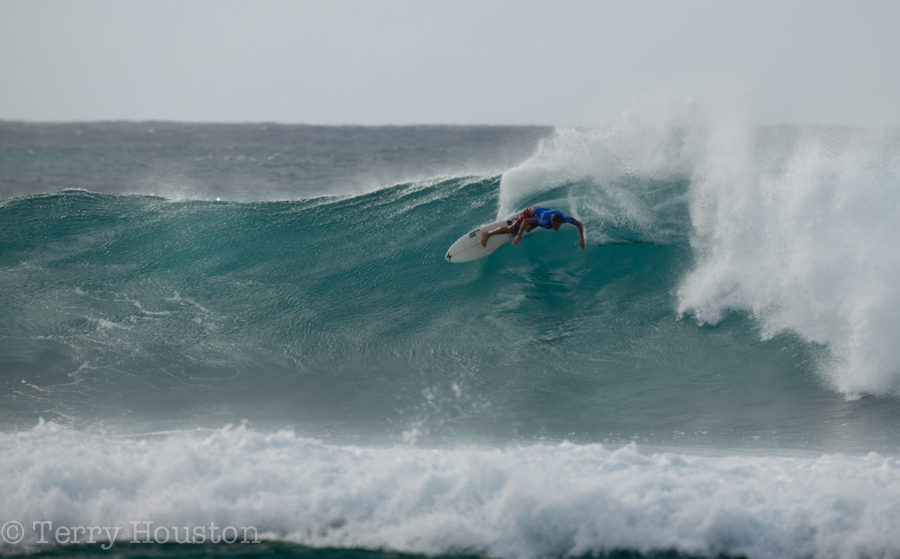 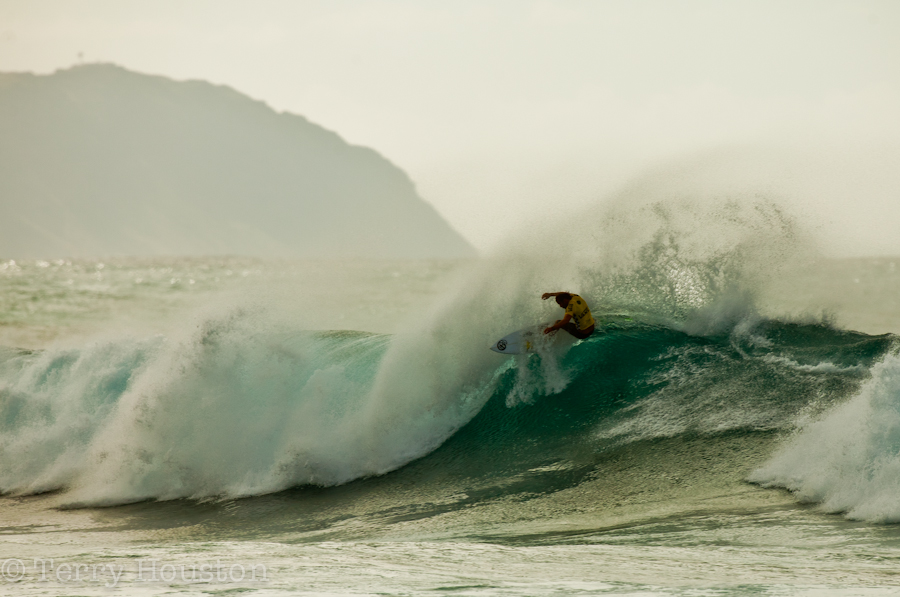 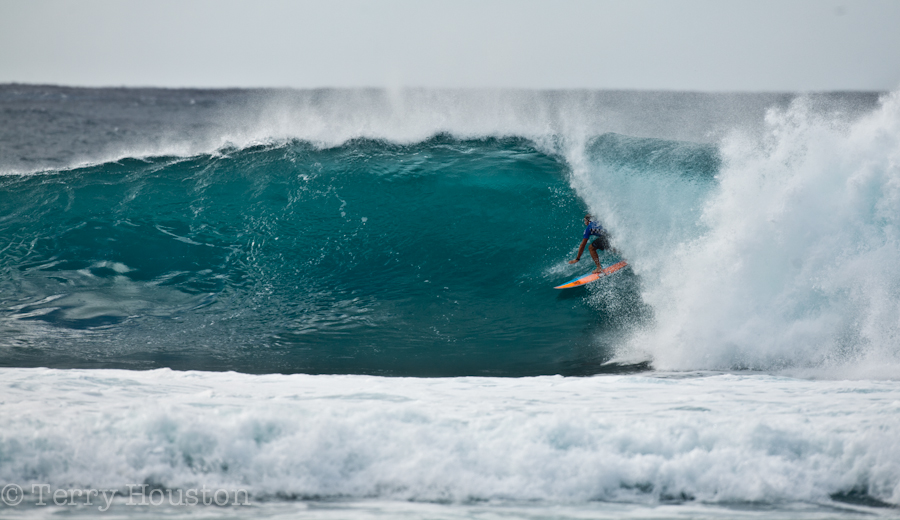 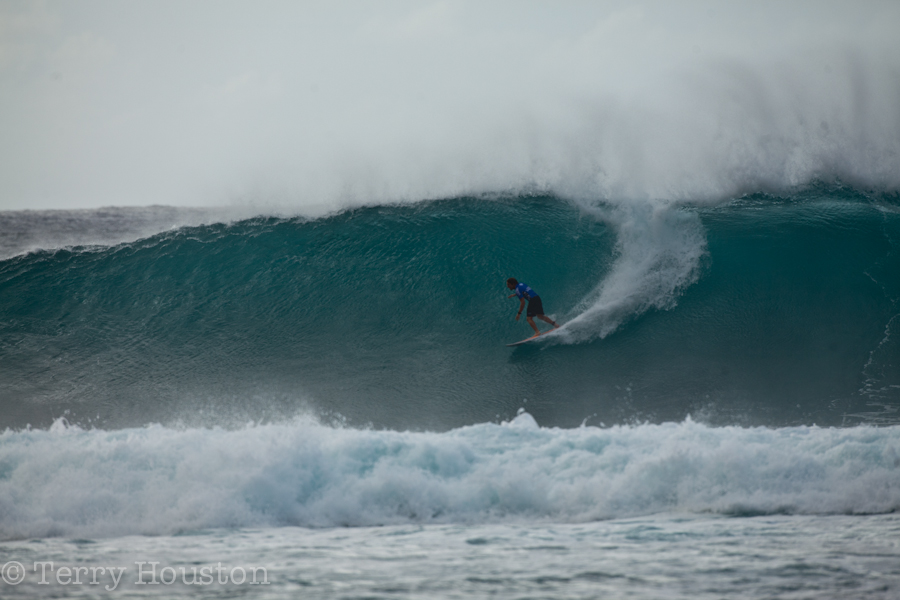 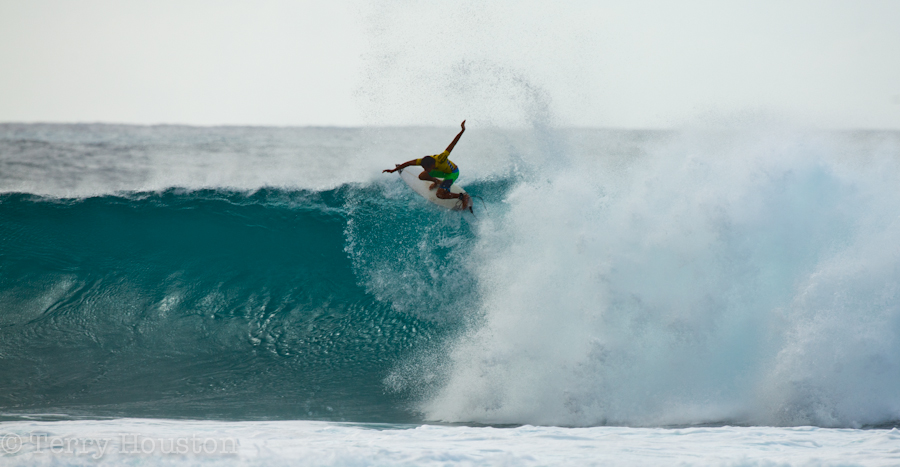 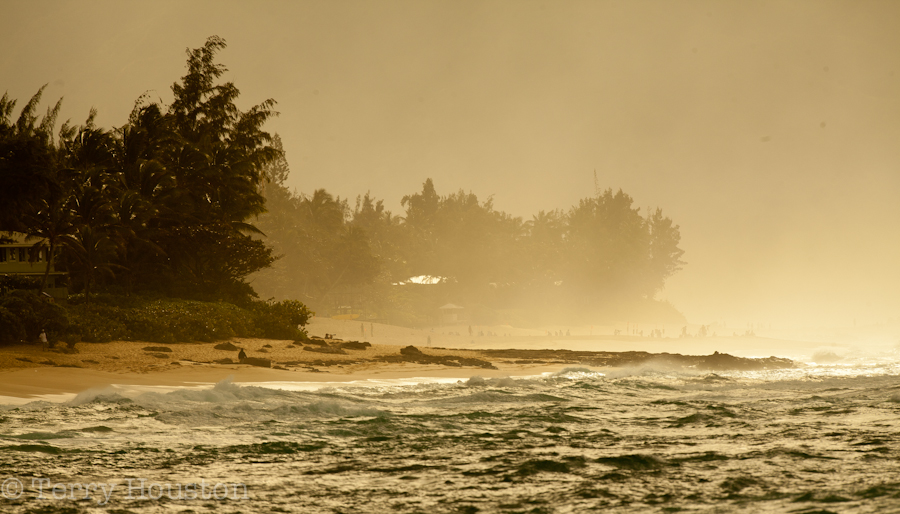 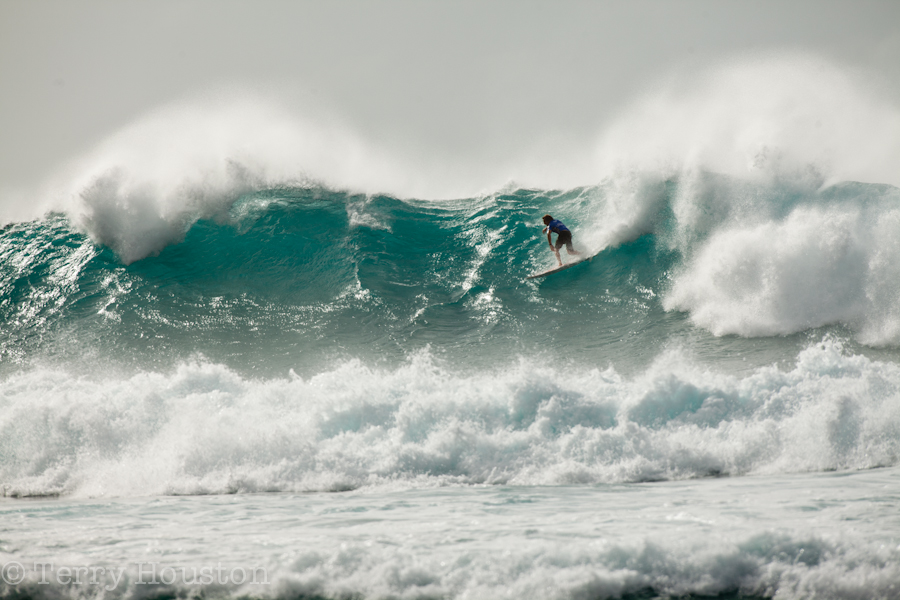 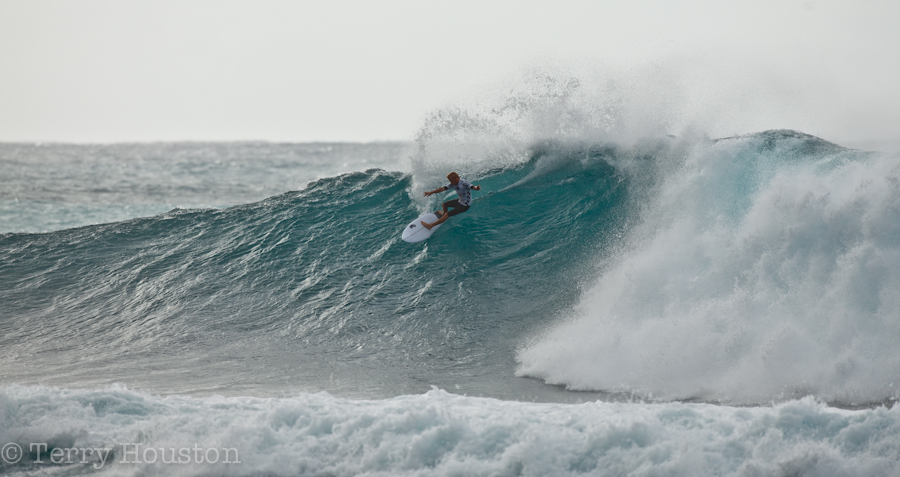 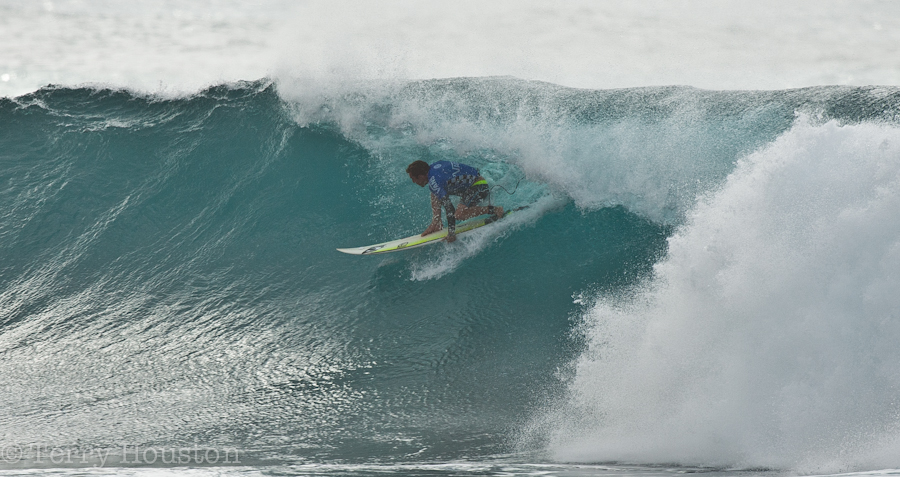 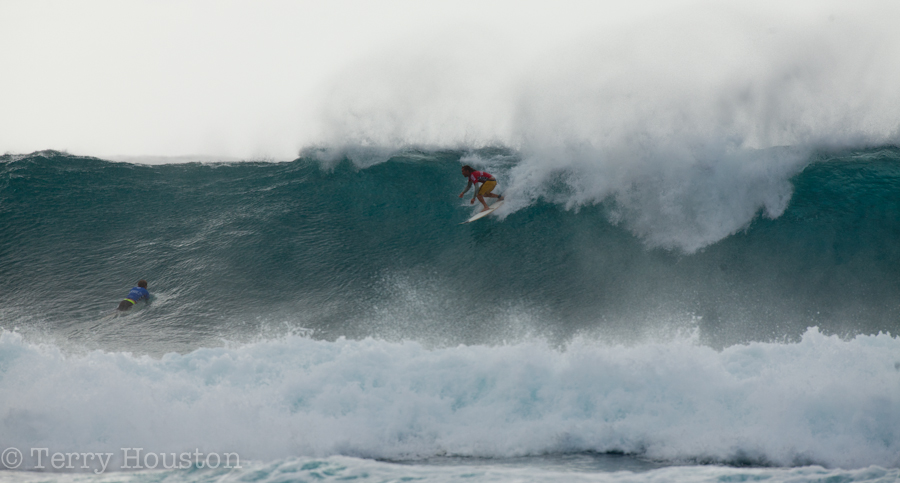 Vans World Cup resumed in full power; Parkinson out of the competition due to back injury.

With 10 to 15 feet waves, the Vans World Cup of Surfing resumed yesterday at Sunset Beach - with the struggle for WCT spots is going strong.

Australia's Jack Freestone suffered a critical defeat in Round 2 of the Vans World Cup of Surfing in Hawaii today, that may dash his hopes of qualifying for the 2015 ASP World Tour. He wasn't the only one to slip up in the double- to triple-overhead surf on offer at Sunset Beach today; Brazilians Jesse Mendes and Willian Cardoso also fell. Among those looking to reach at least Round 4 to improve their chances of qualification are Joan Duru (FRA); Charles Martin (GLP); Ricardo Christie (NZL); and Dusty Payne (HAW).

The two youngest competitors of the Vans World Cup - 16-year-olds Leo Fioravanti, of Italy, and Hawaii's Seth Moniz, emerged as the top standouts for round 2. Leo got the highest total score so far (16.17 points), and Seth captured the best barrel so far (9.07 points)

Joel Parkinson sustained an injury while freesurfing Pipeline Tuesday, and has withdrawn from the Vans World Cup of Surfing, the second event of the Triple Crown of Surfing.

Parkinson lacerated himself on the reef and sought medical attention from onsite staff at Sunset. According to ASP Hawaii, during his evaluation there his blood pressure plummeted and he was taken to the hospital for further testing, as a precaution. Latest reports are that Joel has sustained a moderate knock to the back of the head and severe deep-tissue bruising across his middle and upper back, still reckons he is right for Pipe, but only time will tell it seems.