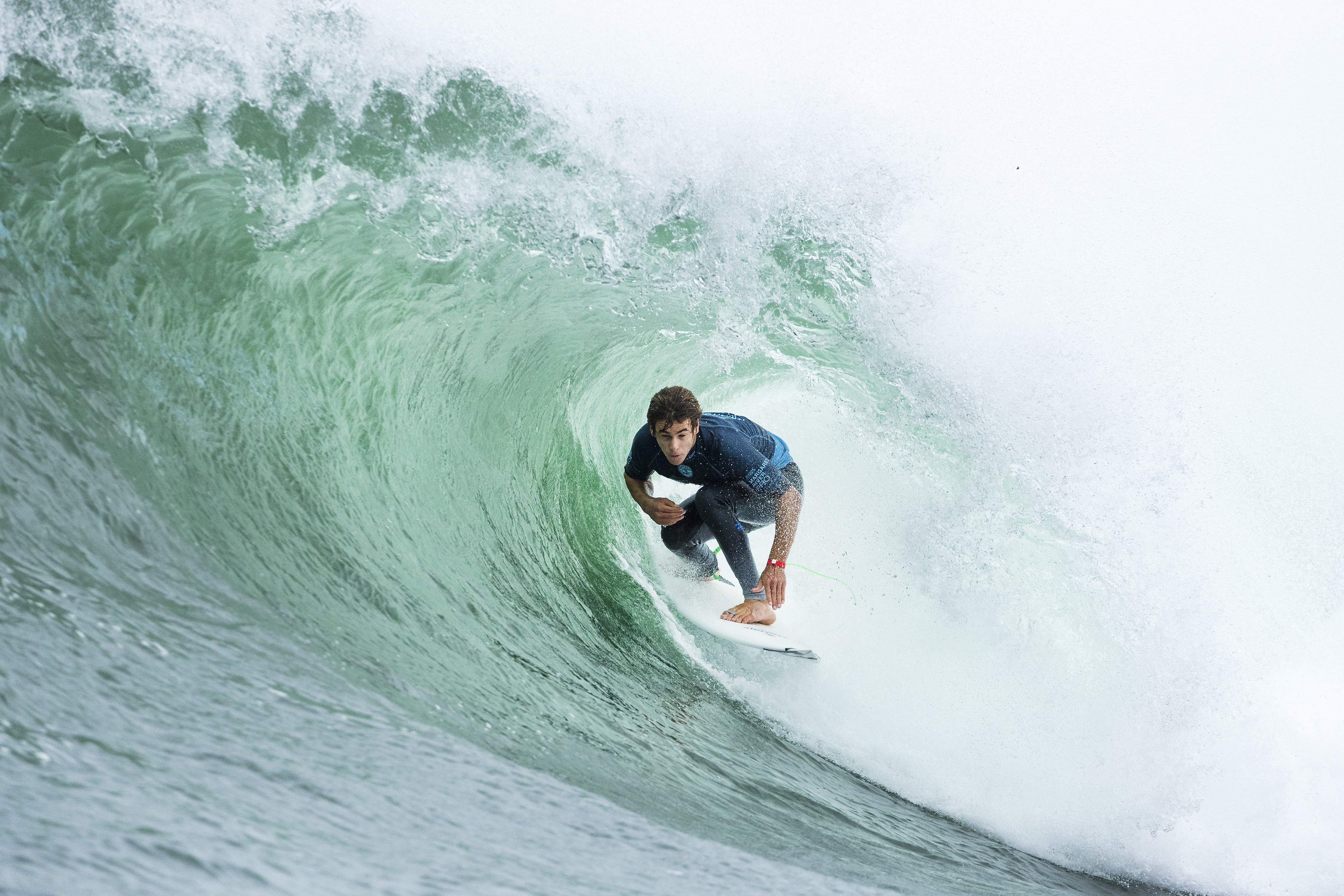 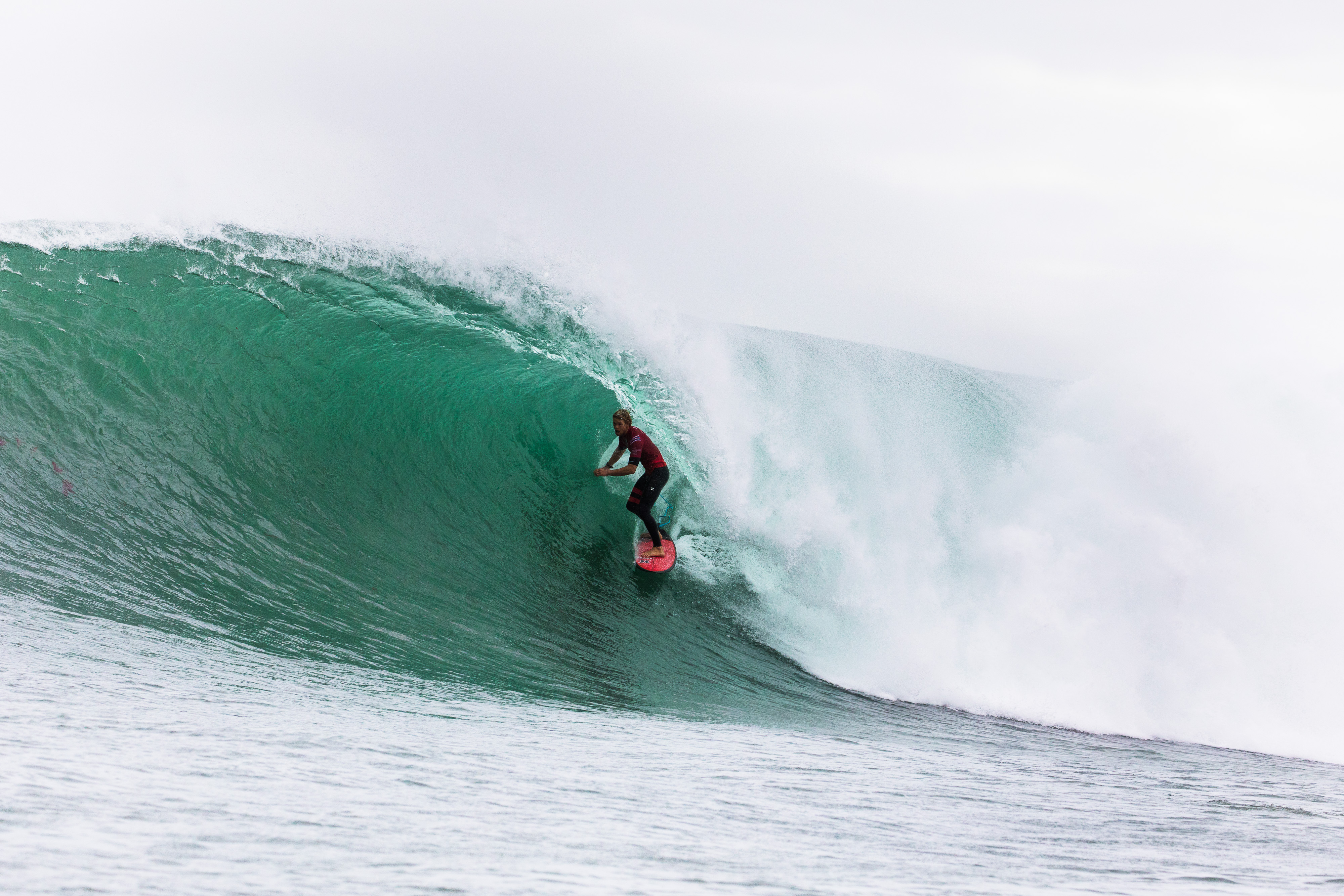 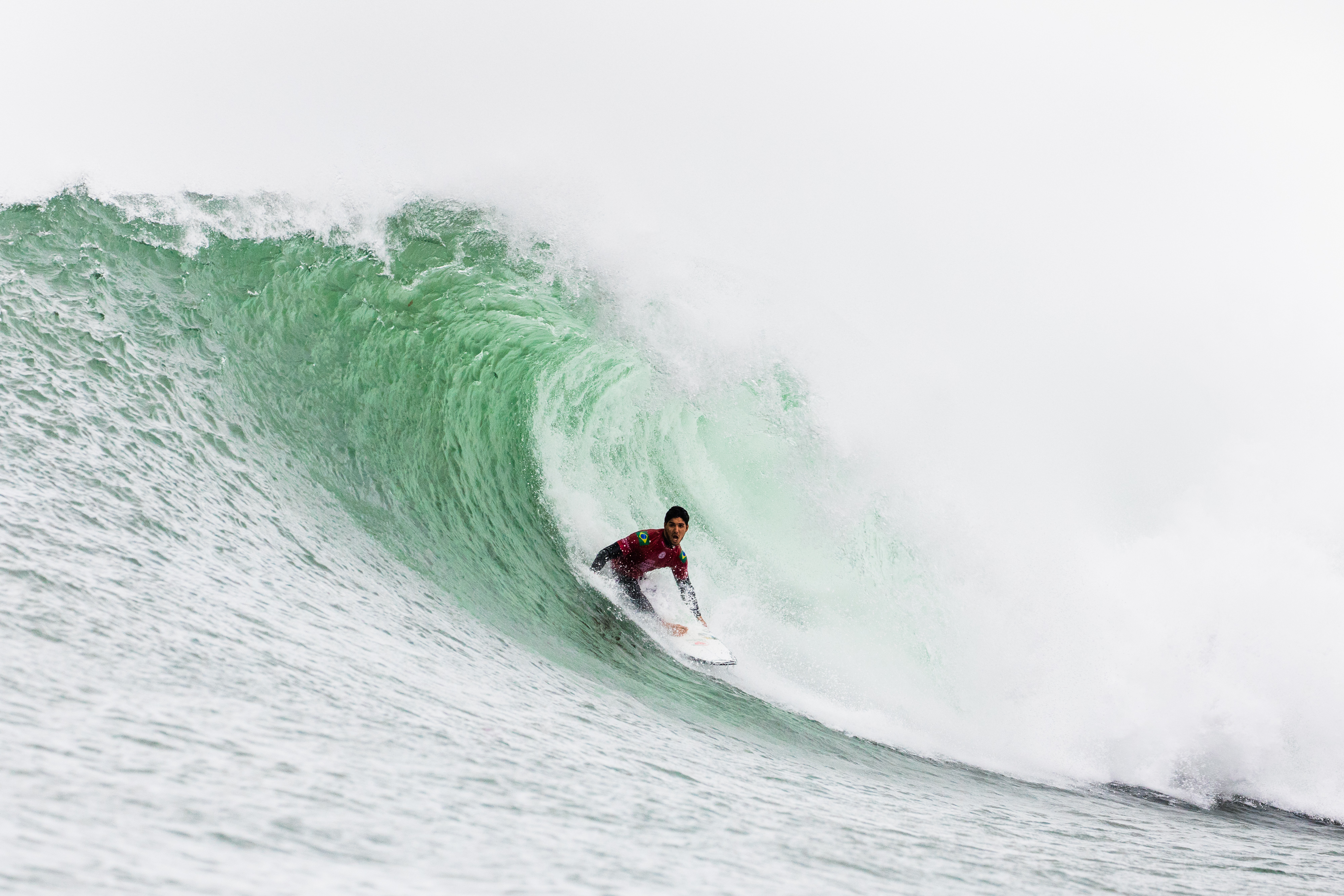 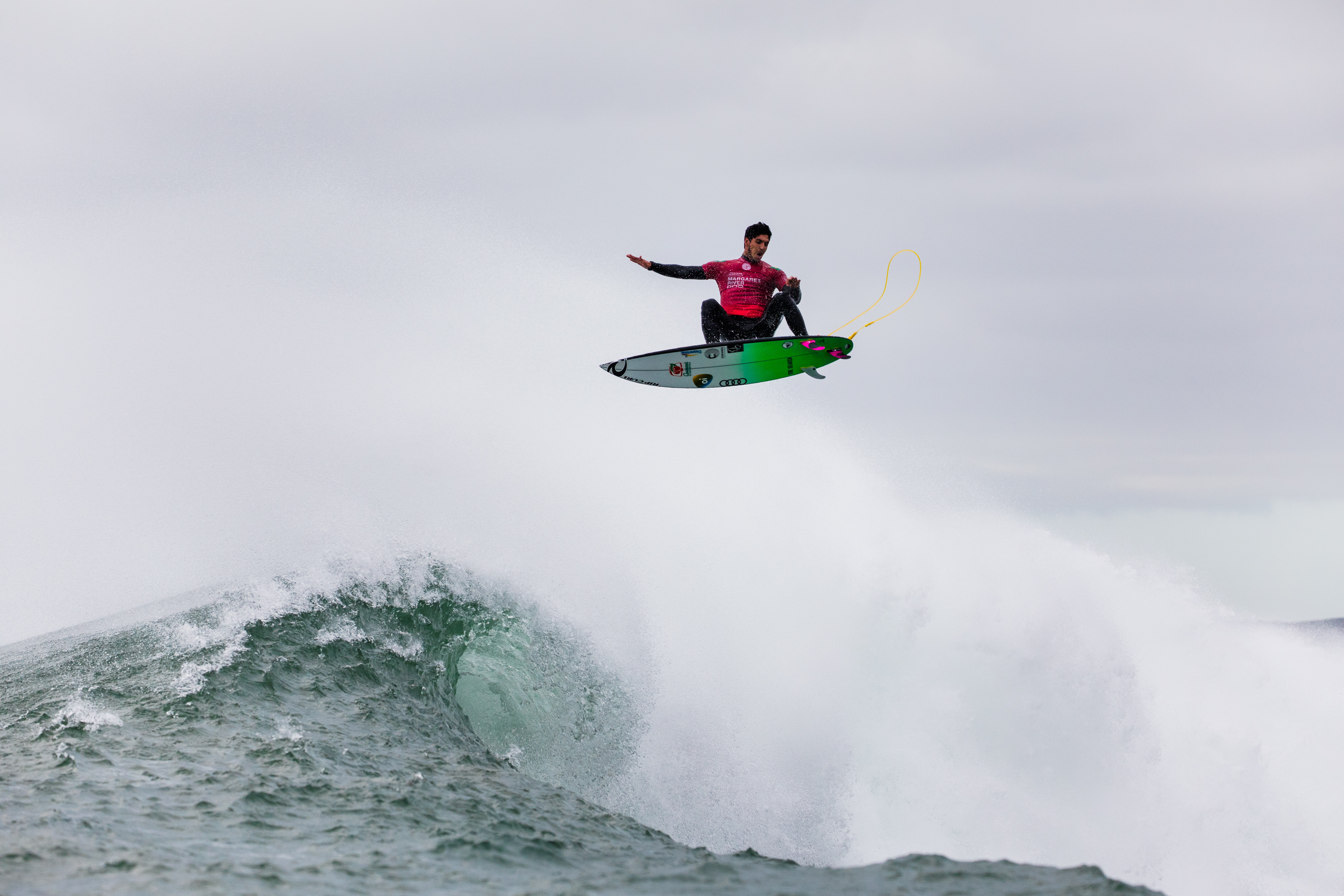 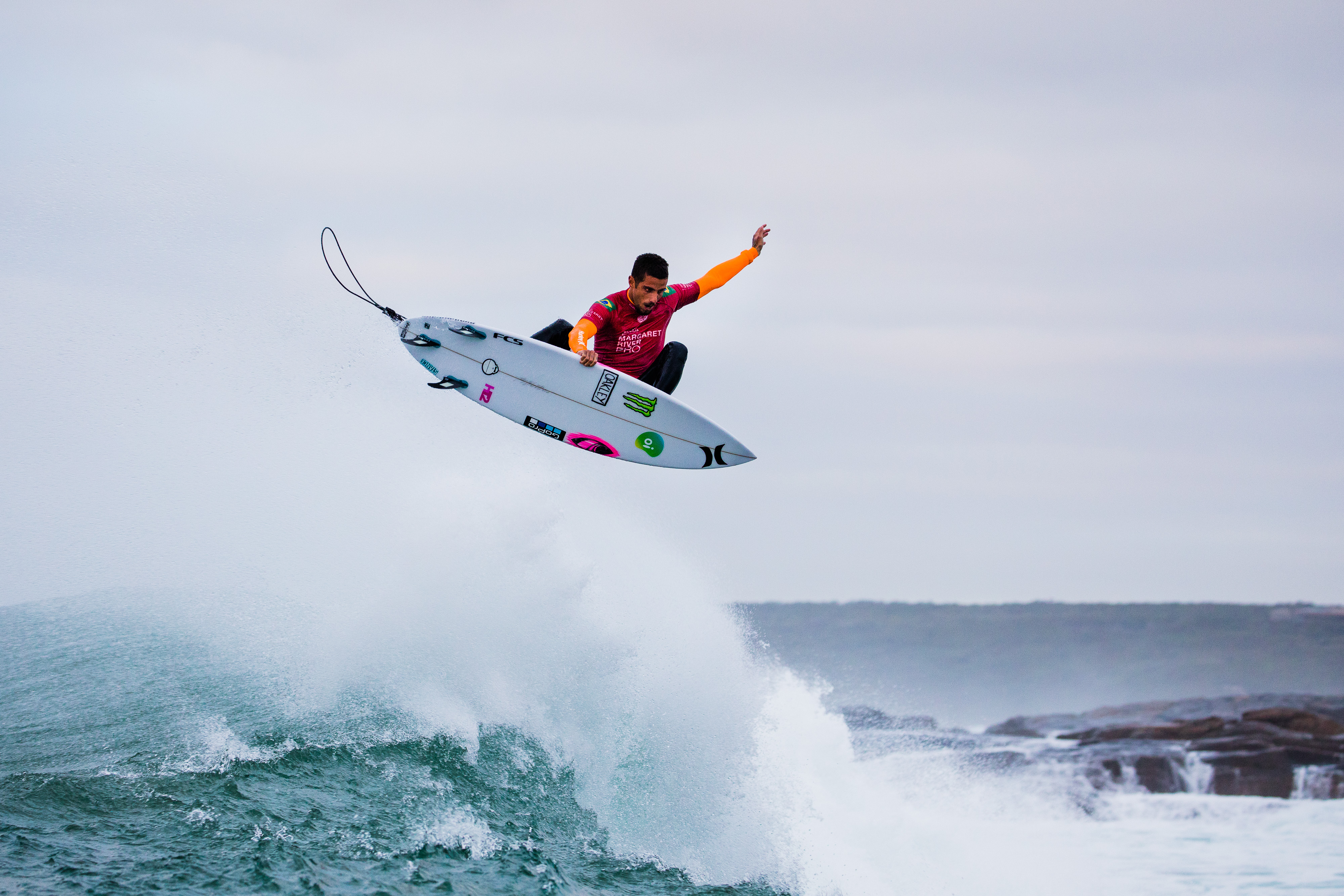 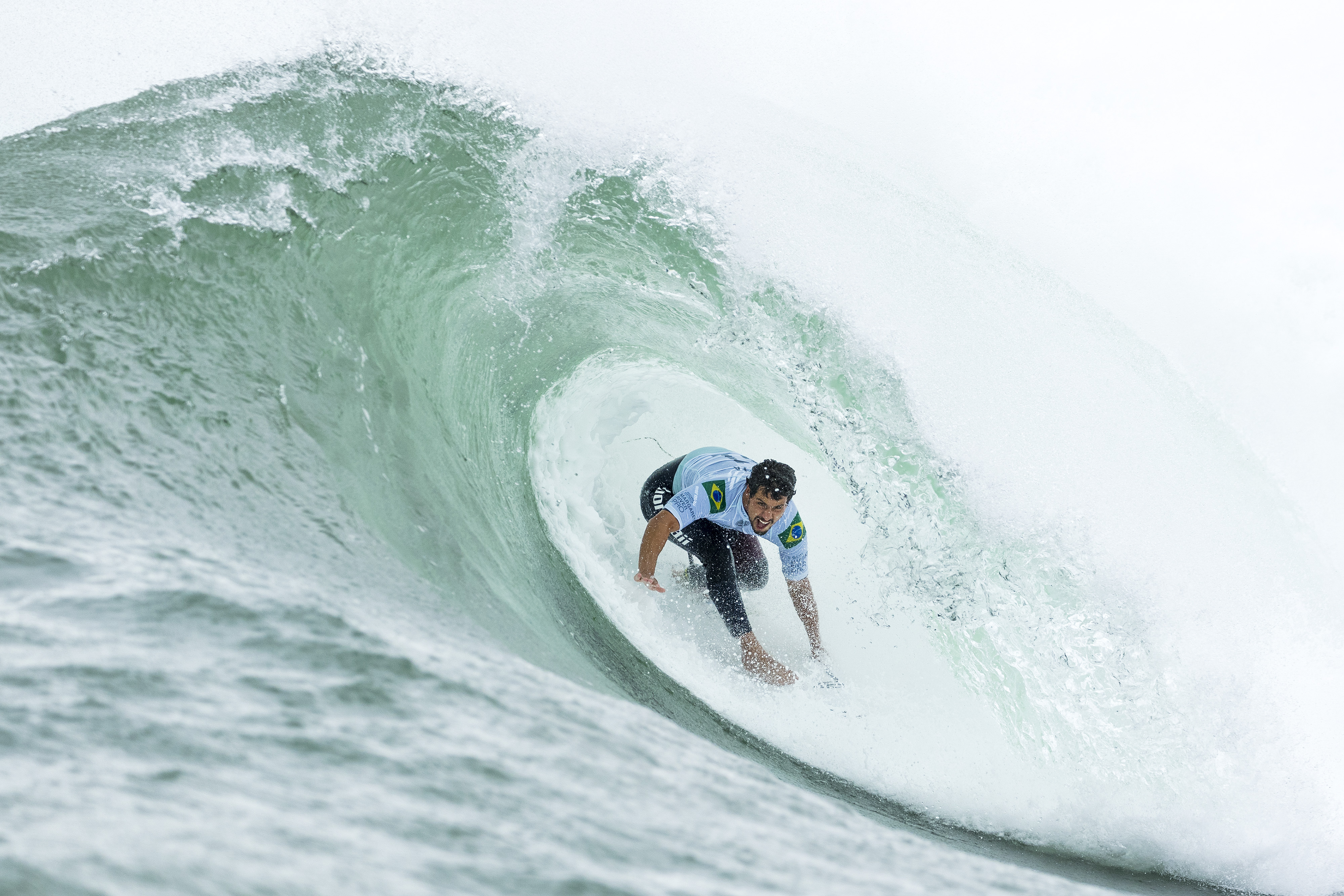 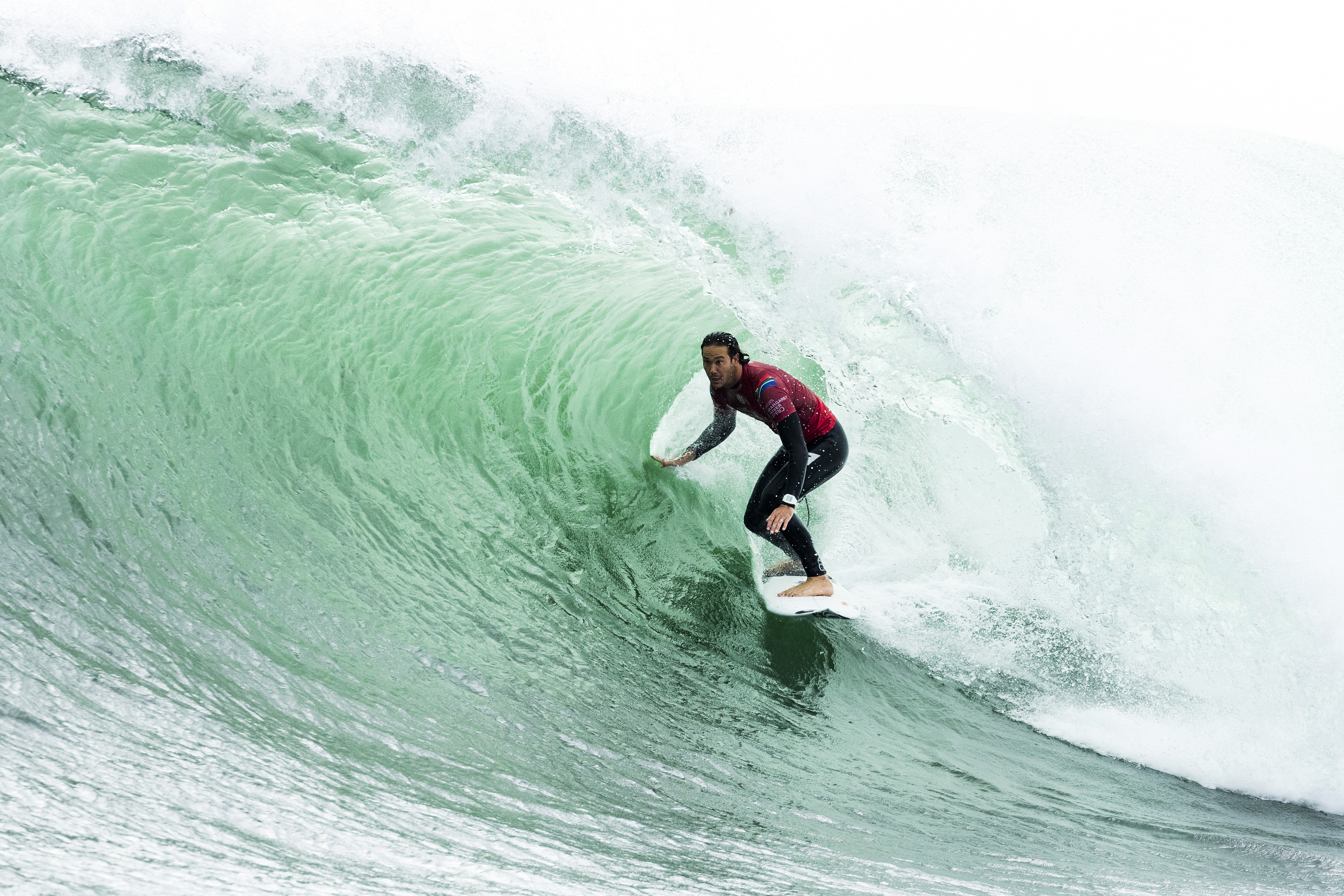 Round One completed at North Point this saturday

After back-to-back lay days, the opening of the Margaret River Pro did not disappoint this Friday as the world’s best surfers took on heavy six-to-eight foot (1.8 - 2.7 metre) conditions at North Point. North Point, the backup event site known for some of the longest and most intense barrels in the world, challenged the surfers in the first seven heats of men’s Round 1 at Stop No. 3 on the World Surf League (WSL) Championship Tour on Friday. This Saturday the round one was completed on 5 feet waves also at North Point.

Reigning, two-time WSL Champion John John Florence (HAW) found redemption in his opening heat, overcoming wildcard Mikey Wright (AUS), who famously eliminated him in last place at Stop No. 1 on the Gold Coast earlier this year. It was bound to be a monumental heat as the reigning Margaret River Pro event winner needed to regain his footing against Wright and 2018 CT Rookie Wade Carmichael (AUS). All three competitors found incredible waves, but it was Florence whose finesse and timing in the tube saw him take the win with a 14.60 heat total (out of a possible 20).

“I didn’t really see that as a grudge match or anything,” Florence said. “I just went out and did my own thing, which was easy as the waves are firing right now. There are so many incredible waves coming through out there, but it is hard to know where to sit and which ones to go for. It’s nice to get a heat win in the first round and get a bit of a rhythm going. Wherever we’ll be for my next round, it doesn’t matter. All three locations here are so fun, so I’ll be stoked where ever we surf.”

2014 WSL Champion Gabriel Medina (BRA) had the unenviable task of taking on local trials runner-up Kael Walsh (AUS) and CT sophomore Joan Duru (FRA) in his opening round matchup. Walsh, who is renowned for his hard-charging approach, hunted for sets early but struggled to complete his waves. Medina, on the other hand, made backhand barrel riding look easy with one long tube for the heat win.

“It’s really tricky out there and hard to find the good ones,” Medina said. “I was lucky to find that longer one and make the barrel. There were a lot of air sections out there, so I was trying to go big, which is fun but not good for scores unless you land them. I’ve been having fun warming up here in Western Australia. There are always fun waves around. I saw Kael (Walsh) go for some big ones and knew he was going for it, which is good to see and pushes everyone.”

Jack Robinson (AUS), the replacement surfer for an injured Caio Ibelli (BRA), earned a big win in the opening round against current World No. 4 Owen Wright (AUS) and Miguel Pupo (BRA), the injury replacement for Kelly Slater (USA). Heat 3 saw the local wildcard weave his way out of a number of epic North Point barrels, even posting an excellent 8.27 to comfortably take down his more experienced counterparts. Earlier today, Robinson defeated Jerome Forrest (AUS) in a surf off to win Ibelli’s replacement position.

“It’s been a really crazy 24 hours for me,” Robinson said. “I was actually up in Perth when I got the call about the surf off and thought I’d better get back home. It was all so unexpected and a little bit overwhelming, to be honest. I feel so at home here at North Point, so I wasn’t really worried at all. I just went out there and did what I’d do any other time I surf here. It was really cool to see the waves come up throughout the day. I’d say the good ones are eight out of ten for North Point, which is really good and so good for a contest.”

Current World No. 1 Julian Wilson (AUS) continued his solid form in 2018 today with an opening heat win over 2018 CT Rookie Jesse Mendes (BRA) and Drug Aware WA Trials winner Dave Delroy-Carr (AUS). Although his early round exit at Bells Beach hinged more on conditions than his surfing, Wilson was keen to show the world that he belongs in the Jeep Leader Jersey.

“That opening wave was nice,” Wilson said. “It was exactly how I wanted to start the heat and was the wave I was looking for. You can definitely roll the dice out there, but it is worth looking for that really good one. I don’t think Bells was shakey -- I just didn’t have much opportunity. My surfing was feeling good and I was feeling good in general. I feel like this is going to be a good year. I’m ready to square my shoulders up and not be timid and really get stuck in. This is one of my favorite places in the world. I spend a lot of time here and am really comfortable so to move around and surf all of the spots on offer is really cool, especially today as we waited and waited and eventually it paid off.”

Keanu Asing (HAW) earned his first CT heat win in 2018 over Australians Matt Wilkinson and Connor O’Leary in the opening heat of the event. In what looked to be an impossible escape, Asing set the bar with a technical exit out a deep tube for an excellent 8.00 (out of a possible 10). The 24-year-old is back on the elite CT after falling off in 2017 and will use this momentum for a solid result in the third event of the year.

“I’m so stoked to finally get a heat win this season -- especially in good waves,” Asing said. "It's tough out there. It's really windy. I was so deep, and I didn't think I was going to make it. I just went through that first section and held my ground. I was just so happy to finally get a good wave."

Jordy Smith (ZAF), 2017 World Title contender, continues his opening heat-winning streak with a third-straight Round 1 win in 2018. Smith overtook Brazilian chargers Ian Gouveia and Tomas Hermes in Heat 2 with a big barrel exit for a 7.67 and a 4.50. The South African skips to Round 3, while the Brazilians prepare for an elimination Round 2 showdown.

“The waves are pumping out there right now,” Smith said. “It’s just turned on in the last hour, so it was such a good call to wait. Taking a Round 1 heat win is super important as I hate to lose and skipping Round 2 is a massive bonus. It was great to get barrels in a heat and to feel like I was on top of my strategy.”

The final heat of the day, Heat 7, witnessed a tough go for the competitors as they each experienced massive wipeouts. California’s Conner Coffin (USA), in particular, faced his fair share of epic falls throughout the heat and ended just 0.27 points short of the heat win over Filipe Toledo (BRA). Coffin and Michael February (ZAF) will now need to battle out of elimination Round 2 when competition resumes.

Earlier this morning, the men battled through difficult conditions in the remaining five heats of Round 1 to decide who will skip to Round 3 and who will be relegated to elimination Round 2.

2015 WSL Champion Adriano de Souza (BRA) had a breakthrough at North Point with his first Round 1 heat win of the season. The former Margaret River Pro event winner found an early keeper in a slow heat for waves to overcome Kanoa Igarashi (JPN) and 2018 CT Rookie Yago Dora (BRA).

“It feels good to take a Round 1 win,” De Souza said. “Everyone seemed to be waiting for the set waves and they stopped coming, so I had to change my strategy and luckily got that early wave. It is slow, but they are still great when they come. It was cool to share a heat with Yago (Dora) -- he is like a brother to me on Tour. He is so talented but struggled to get going in that heat. This event is special for me and to come here and get to surf all of the waves on offer is awesome. We are really blessed.”

Former Margaret River Pro event winner and North Point standout, Sebastian Zietz (HAW), took out his  Round 1 heat over current Jeep leader Italo Ferreira (BRA) and 2018 CT Rookie Michael Rodrigues (BRA). It was clear Zietz was hunting for a Perfect 10 to replicate his performance at this location last year, but the limited options on offer forced Zietz to take the heat with a combination of rail turns and shorter barrels.

“When I was watching it I thought I knew exactly where to sit and that we were going to score, but then it was a totally different ball-game once you were out there,” Zietz said. “Although it wasn’t perfect, I’m stoked to get the win and skip Round 2. I’m really happy to be back in West Aus. I feel really comfortable here and it reminds me a lot of home with all of the powerful setups and heavy slabbing waves.”

2018 CT Rookie Willian Cardoso (BRA) had his first Round 1 win of the season overcoming CT veteran Adrian Buchan (AUS) and fellow rookie Griffin Colapinto (USA). Buchan and Colapinto struggled to find the quality waves, while Cardoso patiently picked off the sets to progress directly into Round 3 and skip the dreaded elimination Round 2.

2012 WSL Champion Joel Parkinson (AUS) beat Michel Bourez (PYF) and Patrick Gudauskas (USA) to close out the men’s competition in Heat 12. Parkinson’s heat total of a 10.34 was the highest of the men's morning as conditions slowed over the low tide, showing experience pays at the elite level.

WSL forecast partner, is calling for:

Fading, but still fairly solid, surf and favorable morning prevails Sunday, easing further on Monday. Mid size W swell looks possible Wed-Thu, although wind may trend back onshore. Another solid SW to WSW swell remains possible for the end of the event window around the 20th-22nd.