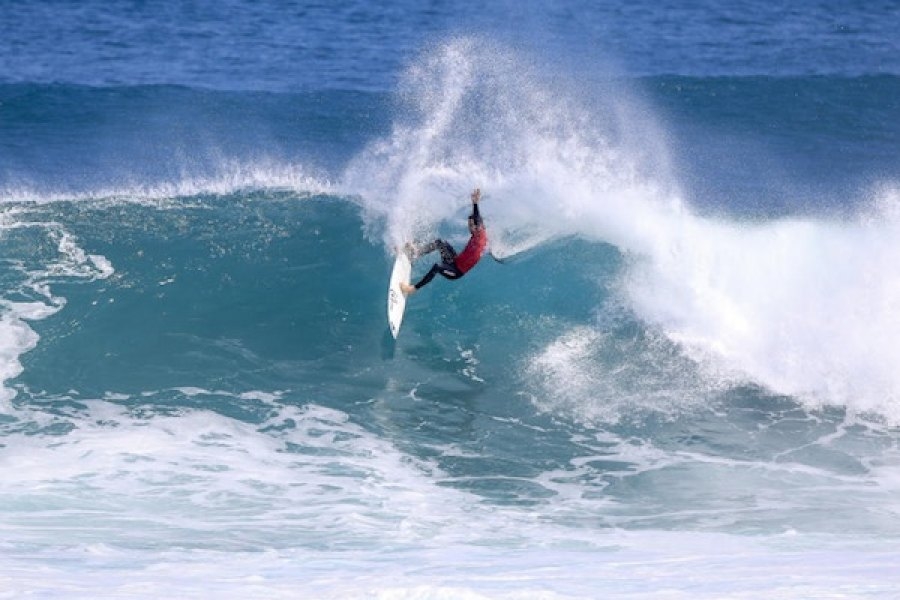 This Sunday, took of the fifth day of competition at the second stage of the World Tour, the Drug Aware Margaret River Pro.

The action happened at the main break of Margaret River,  all the round 5 was completed and 4 surfers advanced to meet the 4 other surfers that go straight to the quarter finals from the round 4.

Three ex world champions had been left behind in the previous rounds,  Mick Fanning in round 2, Kelly Slater and Joel Parkinson in round 3. Today were selected the 4 surfers who will meet the 4 already qualified of the round 4, Owen Wright, John John Florence, Adriano de Sousa and Kolohe Andino. The surf conditions were good with waves around 4 feet. Rather smaller than yesterday's day when athletes were facing waves that sometimes reached 15 feet.

Due to the most favorable forecasts for Tuesday, the organization decided early next morning to check the conditions and decide if it will start with the last day of competition. 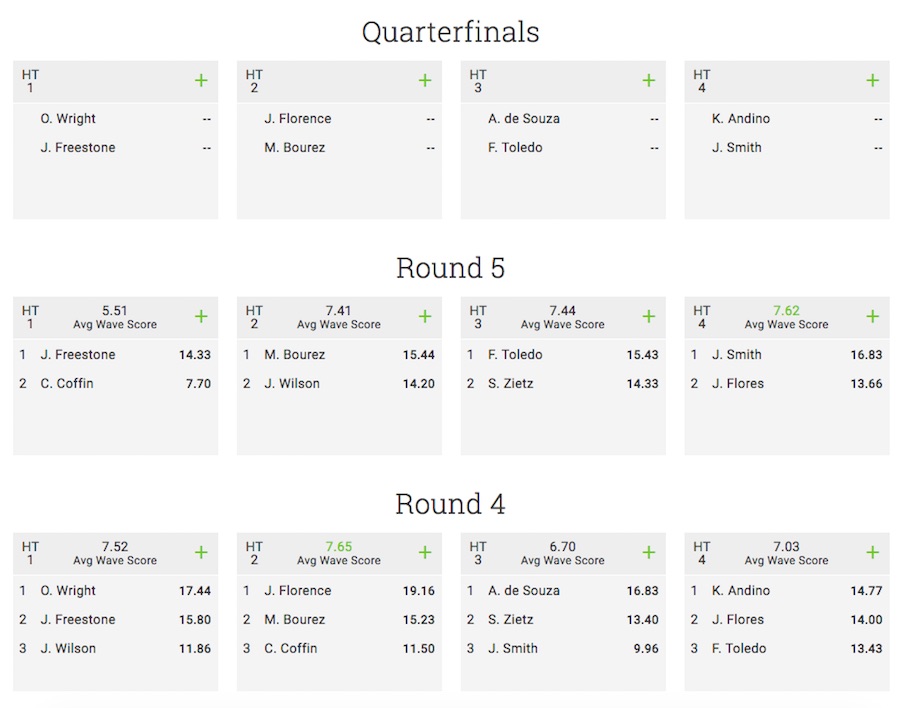