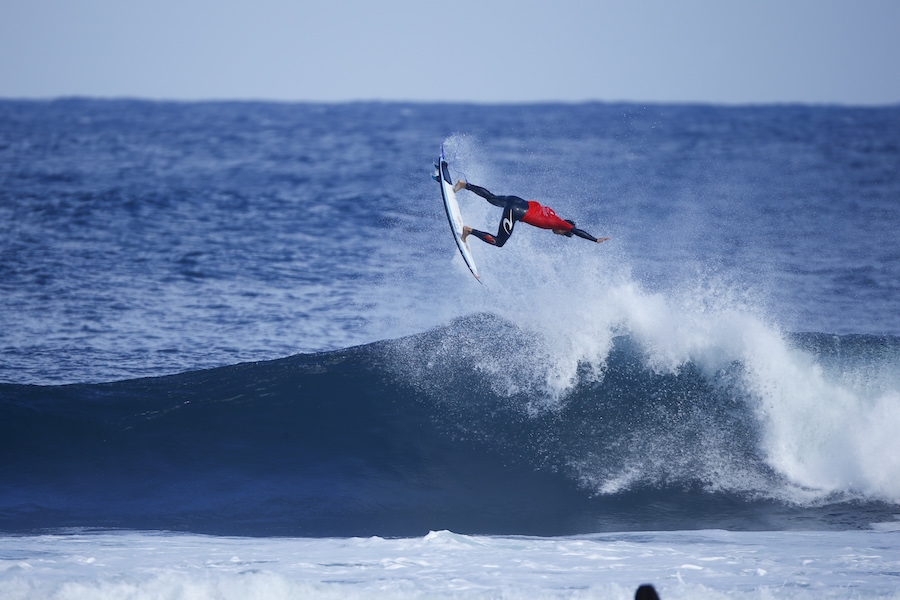 The Drug Aware Margaret River Pro, has been called OFF for the day due to high onshore winds.

“We had come down this morning hoping the wind would be better than it is,” said Kieren Perrow, WSL Commissioner. “It is really onshore and stronger than we had hoped, so we are not going to run any heats. We thought about waiting around a little bit longer today, but it is going to stay bumpy. Once you have three days of an onshore wind here, it makes the ocean turn pretty ordinary. We will come back tomorrow. We are expecting the wind to be really good tomorrow and the swell to build, so we will have a great couple of days to finish.”

Event organizers will reconvene tomorrow morning at 6:30 am to assess the conditions and make the next call.

The Drug Aware Margaret River Pro will see intense battles in Men’s Round 4 and the Women’s Quarterfinals when competition get back underway.
Gabriel Medina (BRA), 2014 WSL Champion, will battle Kolohe Andino (USA) and Jordy Smith (ZAF) in Round 4 Heat 3.

When the women’s competition resumes, Heat 2 of the Women’s Quarterfinals will seeCourtney Conlogue (USA), current World No. 1 and defending event Champion, battle against Laura Enever (AUS).  Carissa Moore (HAW), three-time WSL Champion and last year’s event runner-up, will face Bianca Buitendag (ZAF) in Heat 3.
Sally Fitzgibbons (AUS), runner-up at the 2016 Rip Curl Women's Pro Bells Beach, will battle for a spot in the Semifinals against the 2015 Rookie of the Year, Tatiana Weston-Webb (HAW), in Heat 1.
The Women’s Quarterfinals will also see a rematch between six-time WSL ChampionStephanie Gilmore (AUS) and Tyler Wright (AUS) in Heat 4.

Wright knocked out Gilmore on the Gold Coast, but the two will battle again for the opportunity to stay in contention for the event win when competition gets back underway.

Surfline, official forecaster for the World Surf League, is calling for: