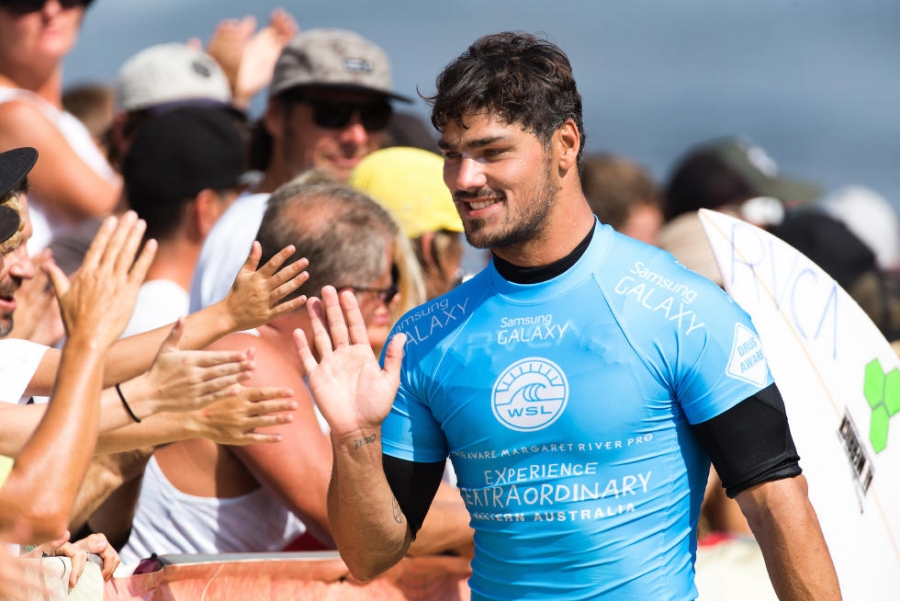 The World Surf League is thrilled to be returning to Indonesia for the second annual Komune Bali Pro pres. by The Mad Hueys.

This year’s event will hold a QS1000 (Qualifying Series) rating and will see a mix of the world’s best surfers taking on Indonesia’s finest and an exciting crop of up at comers at the world-class Keramas Rivermouth.

West Australia surfers Taj Burrow and Jay Davies are in the draw and will turn up to Keramas in red hot form both having charged the solid swells at Margaret River over the past week. Davies placed a career high equal 5th place after taking down reigning World Champion Gabriel Medina and 3-time World Champion Mick Fanning while Burrow’s remains alive in the event at the Semifinal stage at the time of writing.

“I’ve surfed Keramas for years and it’s such a fun high performance wave and I can’t wait to surf it with just a few crew in the water” said Davies. “The local Indonesian surfers will be super hard to beat out there, they know that wave so well and Taj will obviously be really hard to beat as well but really all I’m hoping for is some swell and good waves and a great time over there.

The Keramas Rivermouth wave on Bali’s east coast is super high performance offering a combination of large deep barrels and superbly shaped open face sections that allow for massive power performances and with the tides and season prime for the early May event everyone anticipates amazing surf.

A full field of 80 international and Indonesian surfers have entered the event which is scheduled to start on Friday May 1st running through the weekend and into Monday.

Dual sanctioned by World Surf League and the Asian Surfing Championship tour, the event is runs in a prime surf location in the ideal settings of the Komune Resort Bali with the unique sponsors presented by The Mad Hueys guaranteeing an action charged event.

Anterior Mauritius Islands: A surf trip to avoid? Próxima Can the execution policy hurt the surf tourism in Indonesia?