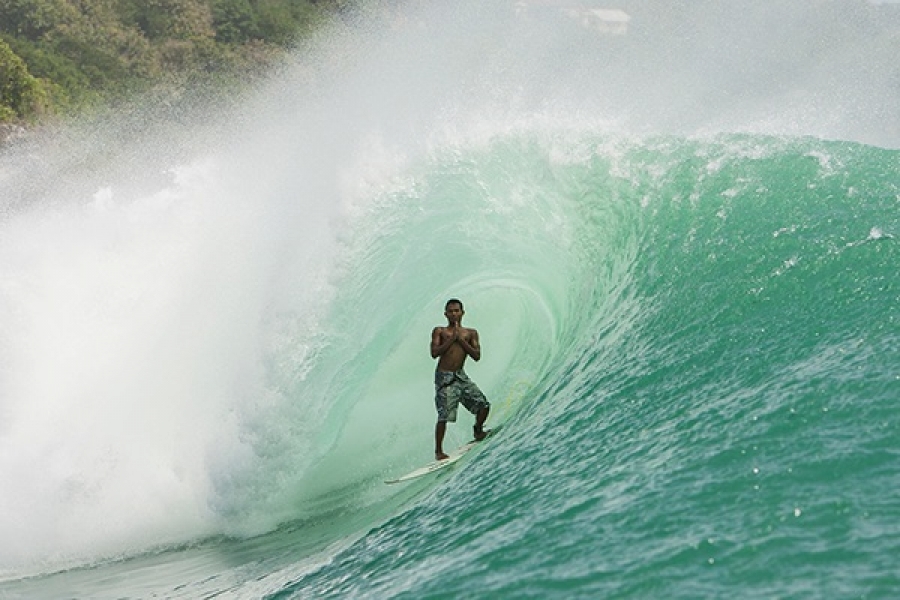 Mega Semadi, the winner of 2013 edition

The 2018 Rip Curl Cup is officially on “High Alert” to be held on Sunday, July 15th at Padang Padang,  Bali, Indonesia.

With an impressive South West swell currently  tracking towards Bali, event directors have changed the official event status from  Red (Standby) to Yellow (High Alert), and surfers are  now on call for a potential Sunday, 7AM local Bali start time to run the one-day World Surf League specialty event.

Event Director and Rip Curl SEA Marketing Manager, James Hendy, has high hopes for the swell to bring a Green Light on Sunday. “As surfers in Indonesia, this is what we wait all year for,” he said. “Our goal is to see eight of the world’s best tube riders and eight of the  best local  Padang specialists testing their limits on the best day of the year at Padang. Anything less and we don’t run. This swell is looking very promising, and with some help from the Bali gods, hopefully the surfing world will be in for another amazing Rip Curl Cup on Sunday.”

Official event surf forecaster is calling for a powerful, long-period SW swell to build in this weekend and peak through the afternoon  on Sunday, July 15th. Coming from an ideal westerly angle (219°) to catch the reef at Padang Padang, this swell appears to be quite similar to  the Rip Curl Cup Trials swell that produced all-day fireworks at Padang on May 27th.

According to the forecaster “The storm has tracked further north than the average Indian Ocean storm, which means it’s closer to Bali. This should help with both size and consistency. Face size should be in the 8-10 foot range during the higher tide hours, with more size over the afternoon as the tide drops and the largest sets push up to 12’+ faces.”

Anterior The wqs nias pro is about to happen and promises to be epic Próxima 6th Annual Quiksilver Uluwatu Challenge - Sunday, July 29th