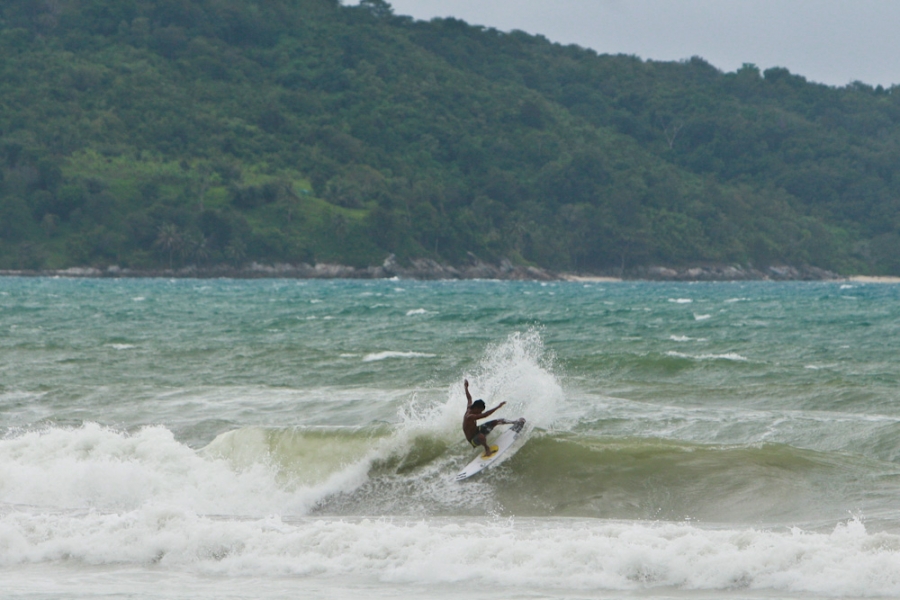 REnextop, together with the Asian Surf Cooperative (ASC) and Surfing Thailand announced that the second stop of the REnextop Asian Surfing Tour (RAST), China’s first international surfing series, which will be held at Patong Beach in the world famous tourist destination of Phuket, Thailand from July 18-21, 2018.

Phuket is well known for it beautiful beaches, tasty local food, shopping, and bountiful spa options, but not so well known for having fun waves for several months of the year, usually from June through September.  Wind swell and ground swell waves are both on offer, and the water is always warm and inviting, making it a perfect location for the RAST 2 event.

The ASC in cooperation with Surfing Thailand and Quiksilver Thailand held events at Patong Beach in 2011 and 2012, and are excited to be back in 2018 after a long absence.  “You can ask any of the competitors that came to those events and they’ll tell you what a great time they had and how they miss coming to Phuket,” said the ASC’s Tipi Jabrik.  “The waves are fun, the people are great, and there are also lots of things to do outside of surfing, so we’re delighted that REnextop has chosen Phuket as a stop on the 2018 circuit.  I’m sure we’ll have a full roster of competitors from China Indonesia, Malaysia, Korea, the Philippines, Japan, Thailand, and hopefully even other countries like India and the Maldives.  It’s a great opportunity to surf, compete, see old friends and make some new ones!”

The RAST 2 Thailand event will start with a Surfers Briefing on the evening of the 17th, then officially get underway with an opening ceremony on the morning of the 18th.  As is customary, the event will close on the 21st with an Awarding Ceremony and After Party.