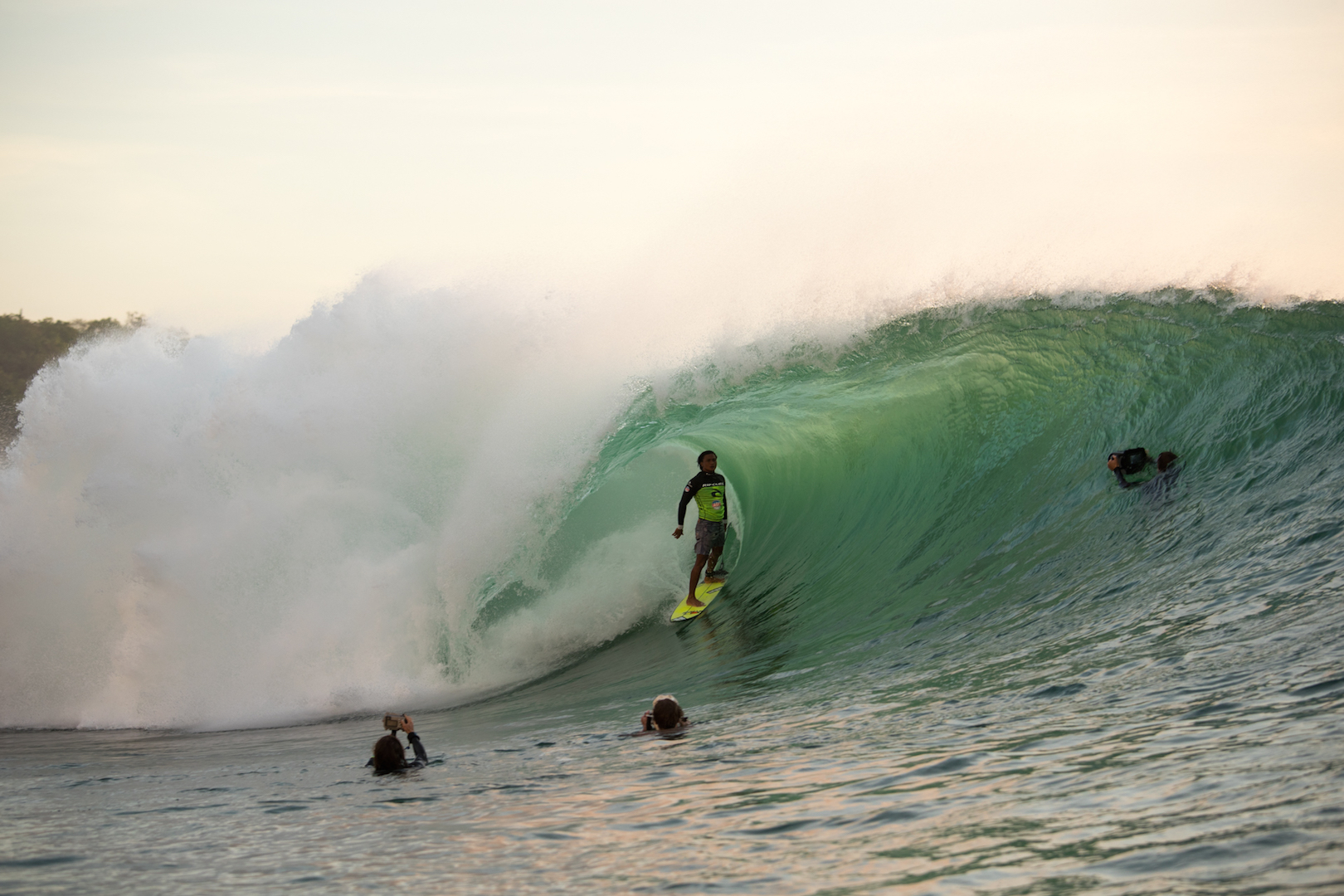 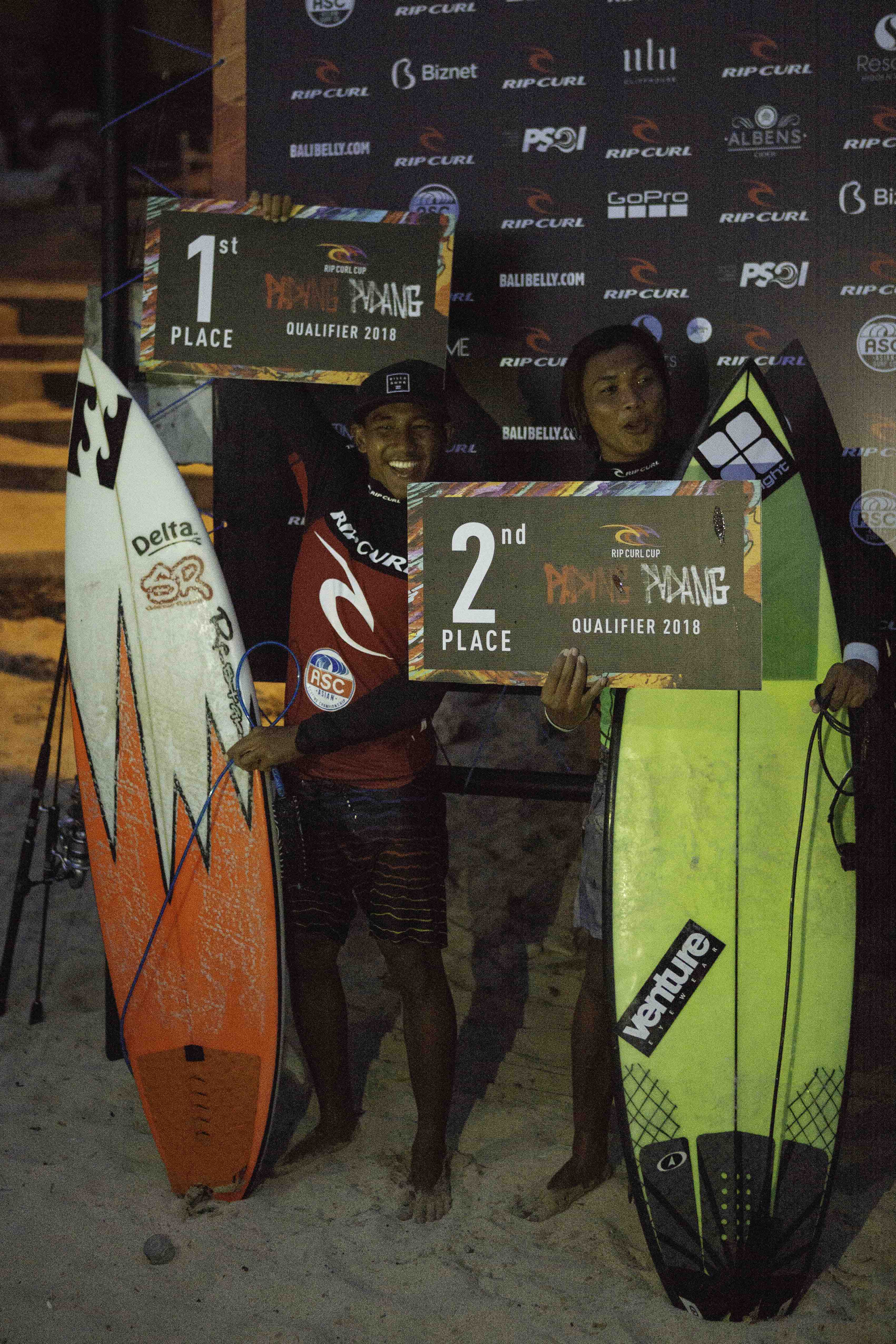 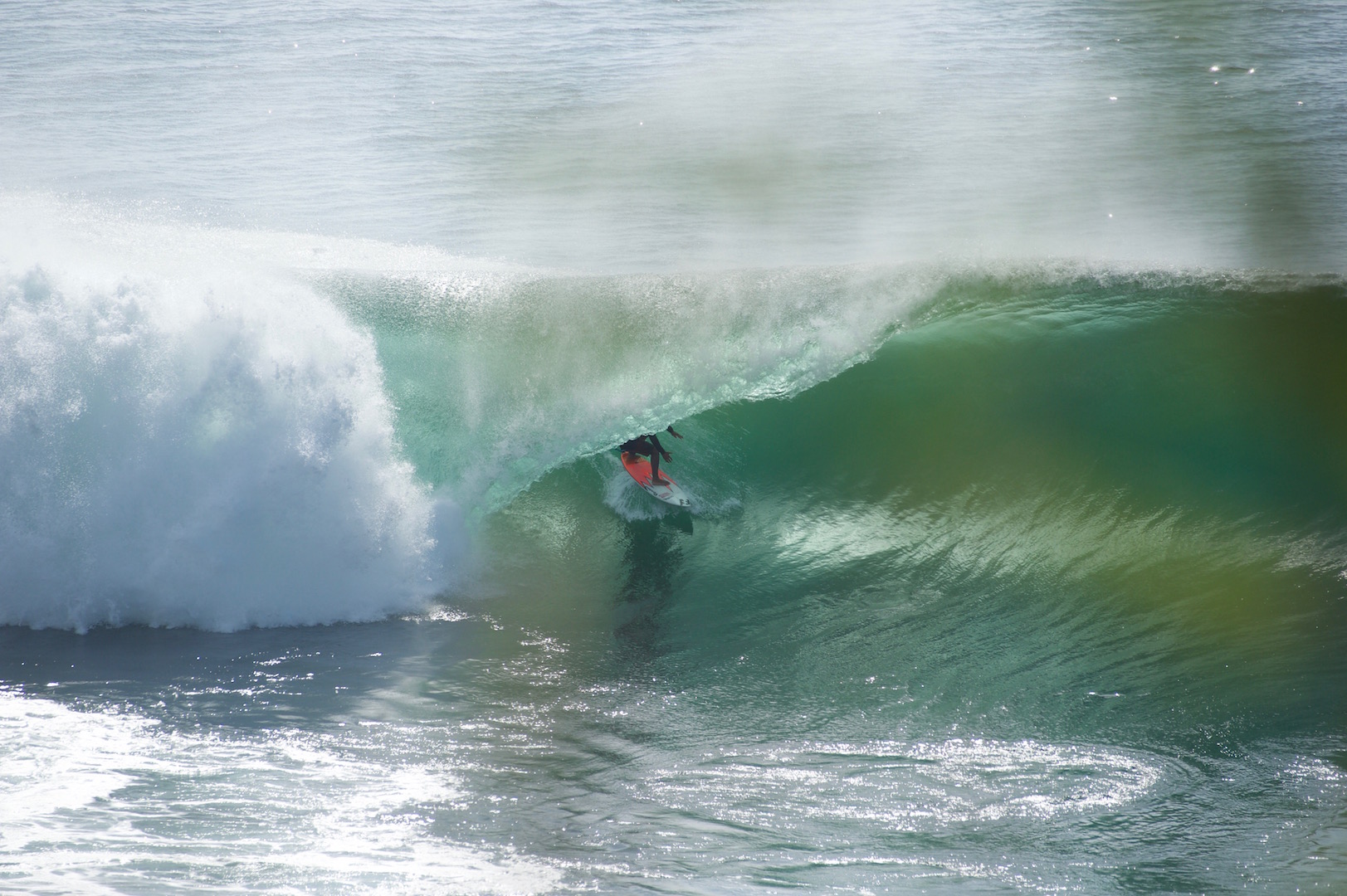 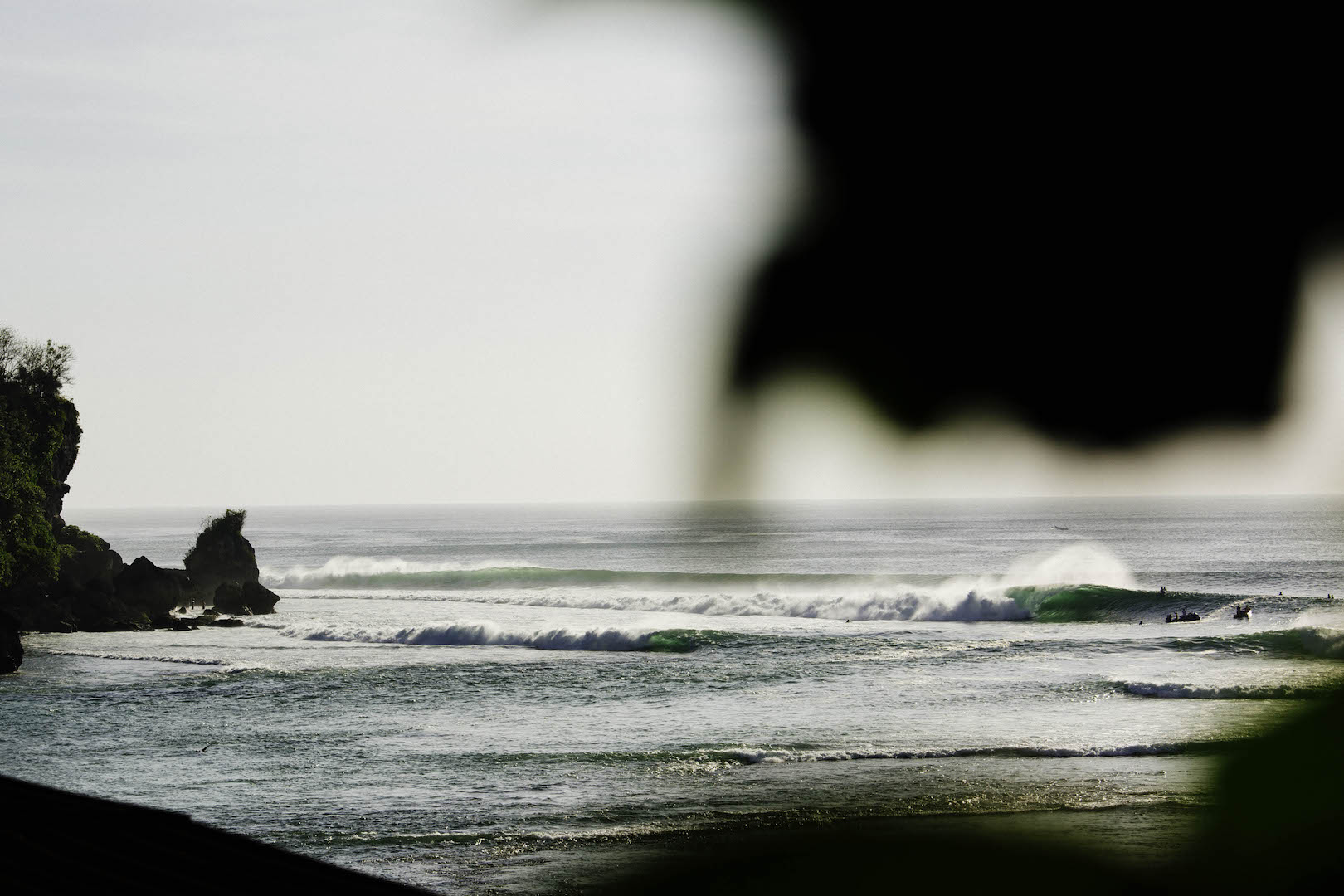 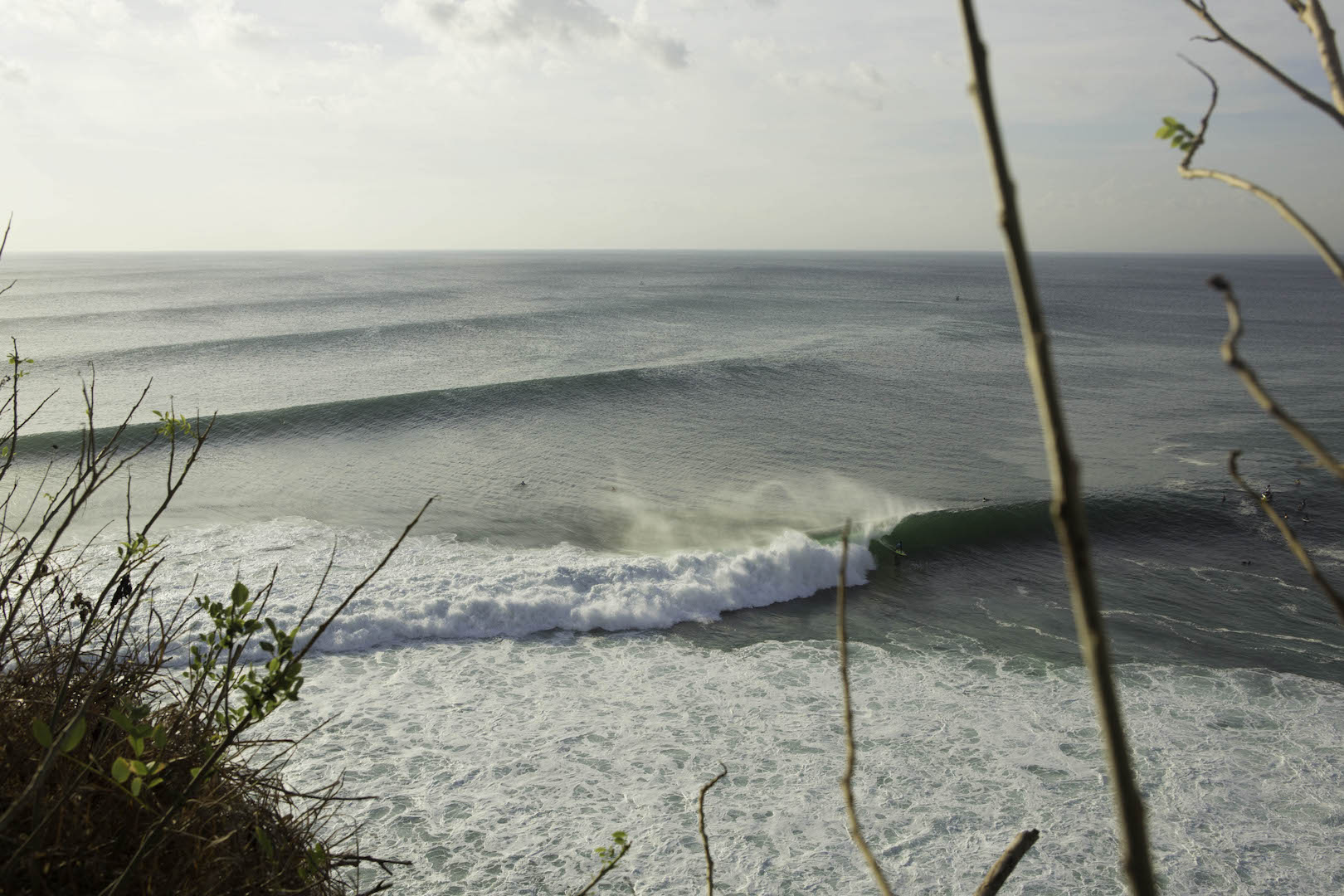 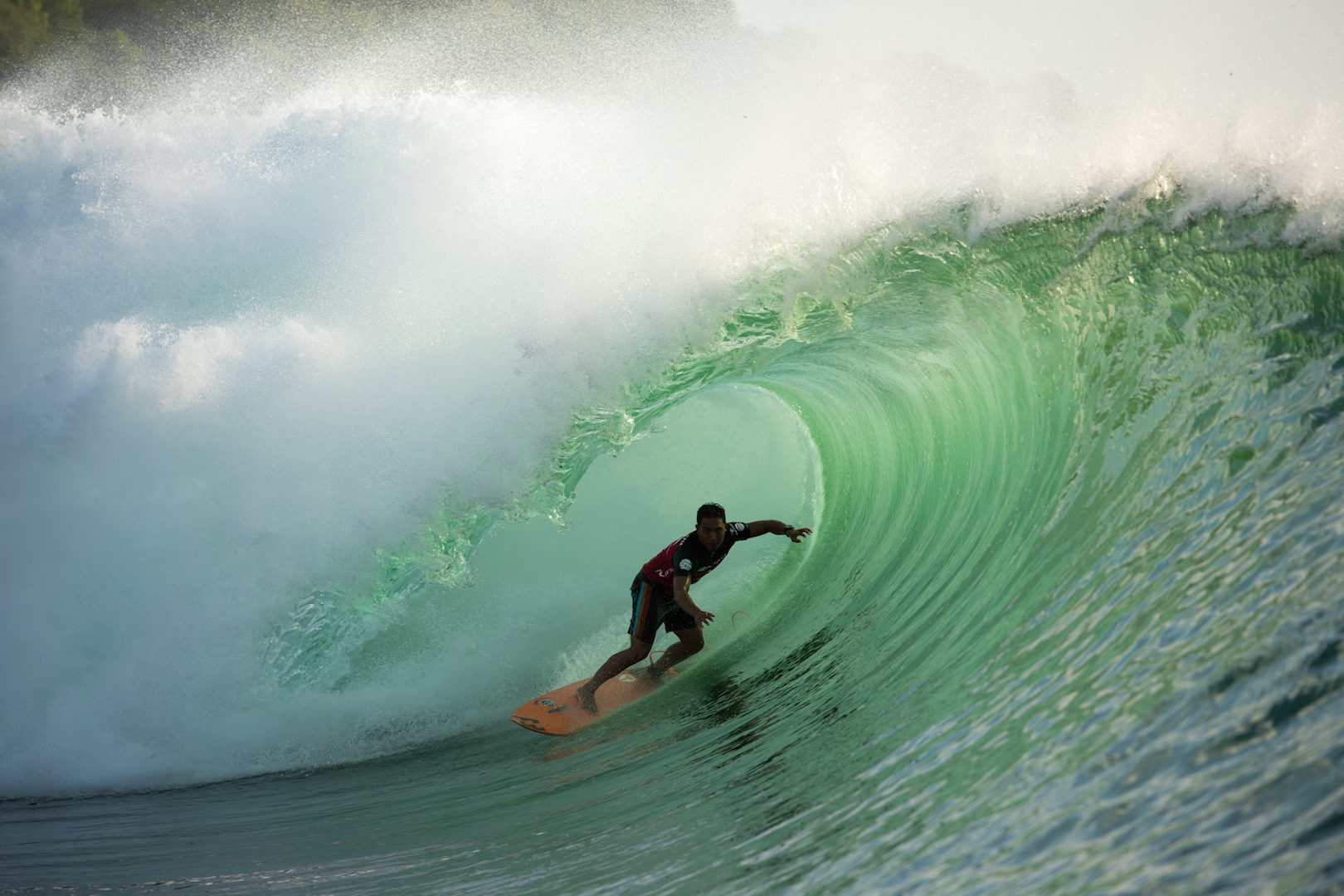 In Bali, the best waves always go to the locals, even when the WSL is in town. On a day when the world’s best surfers made their highly-anticipated return to Bali for the WCT competition at Keramas, it was Indonesia’s local surfers who scored the best of the swell during an incredible day of tubes at the Rip Curl Cup Trials at Padang-Padang.

While the WSL’s elite battled through tricky conditions at Keramas on Sunday, eventually halting competition before the completion of Round 1 due to deteriorating wave quality as the onshore winds kicked up and the low tide bottomed out, it was a different story at Padang-Padang where 32 of Indonesia’s top surfers dueled it out in all-day barrels for the Rip Curl Cup Trials.

In the Final, it was Artana who stole the show and first place, threading a pair of deep barrels through the inside double up section before getting spat out into the channel, and earning a combined heat score of 17.33. Nipping at Artana’s heels and finishing runner-up in the Final was Bukit local Agus “Blacky” Setiawan, 30, from Uluwatu (15.37). Rounding out the four-man Final was Mustofa Jeksen, 30, from Kuta (14.00) in third place, and Alik Rudiarta, 30, from Uluwatu (8.27) in fourth.

“I was nervous surfing in my first heat this morning, but I stayed focused and felt stronger after each round,” said an elated Artana on the winner’s podium. “Padang-Padang is the proving grounds for Balinese surfers and I can’t wait for my chance to show the world what I can do against the best surfers out there.”

Artana will be up against some stiff competition. Among the invitees to the 2018 Rip Curl Cup are WCT legends like Taj Burrow (AUS) and Damien Hobgood (USA), as well as primetime barrel slayers like Mason Ho (HAW) and Jack Robinson (AUS).

“Bring them on!” said Artana, when asked if he felt intimidated by the big dogs waiting for him in the main event.

The most dramatic moment of the day came in the second semifinal, when Agus “Blacky” Setiawan leapfrogged from third to first place with a literal buzzer-beating barrel. The Uluwatu local, who won the trials back in 2015 when it was held at his home break of Racetrack, was on the verge of elimination. Needing a wave score of 8.6 to advance, Setiawan managed to catch a miracle wave and get to his feet just a fraction of a second before the final horn sounded. He then powered his way through a deep spitting barrel for an 8.93, moving into first place ahead of Mustofa Jeksen and eliminating multiple-time Rip Curl Cup finalist Raditya Rondi, who was sitting on the only perfect 10 of the entire day.

“Thanks to God for sending me that wave,” said Setiawan. “When I saw it peak up, I knew I had a chance to catch it before time expired. I just paddled as hard as I could and once I stood up, I just went to work."

For the four finalists, the Final round was just the icing on the cake after a full day of draining barrels and securing their spots in the most prestigious surf contest in Indonesia.

“It’s been a while since I’ve been in the main event,” third place finisher Jeksen said. “The last time I surfed in the main event of Rip Curl Cup was four years ago. Padang-Padang was where I first was recognized for my surfing when I was just a kid. So it feels amazing to get back to having another shot at my dream – to get my name on that trophy alongside Bol, Lee and Garut.”

A powerful west swell was angleed perfectly toward the reef at Padang-Padang on Sunday and groomed 6-foot barrels came thundering over the reef all day. It was without a doubt the best day of surf at Padang-Padang so far this year and a welcome sight for the 32 local trialists, who missed out on their shot at the main event the past two years when no decent Padang-Padang swells arrived during the narrow trials holding period.

According to Rip Curl SEA Marketing Manager James Hendy, this year Rip Curl made certain all the best local surfers would get their shot at Padang-Padang by extending the trials holding period to an impressive eight weeks – the longest in Rip Curl Cup history, and four weeks longer than the holding period for the main event.

“Last year we never got the waves to hold the trials, so this year we gave ourselves a two-month window to make sure the locals had their day at Padang-Padang,” Hendy said. “The proof is in the pudding. Everyone was rewarded today with the best Padang-Padang of the year so far. We’re looking forward to another day of incredible barrels when the world’s best tuberiders are gathered here for the main event in July.”

The holding period for the 2018 Rip Curl Cup runs from July 1 - 31, a full month during the peak of Indonesia’s prime swell season, providing the event with the best odds of scoring the cavernous jade barrels the Balinese Pipeline is world-famous for.

The complete 2018 Rip Curl Cup surfer lineup will be released to the world on June 15.

The 2018 Rip Curl Cup Padang-Padang will be webcast live to the world at ripcurl.asia. Fans can also visit the site to check real-time contest status, and video updates from Bali.