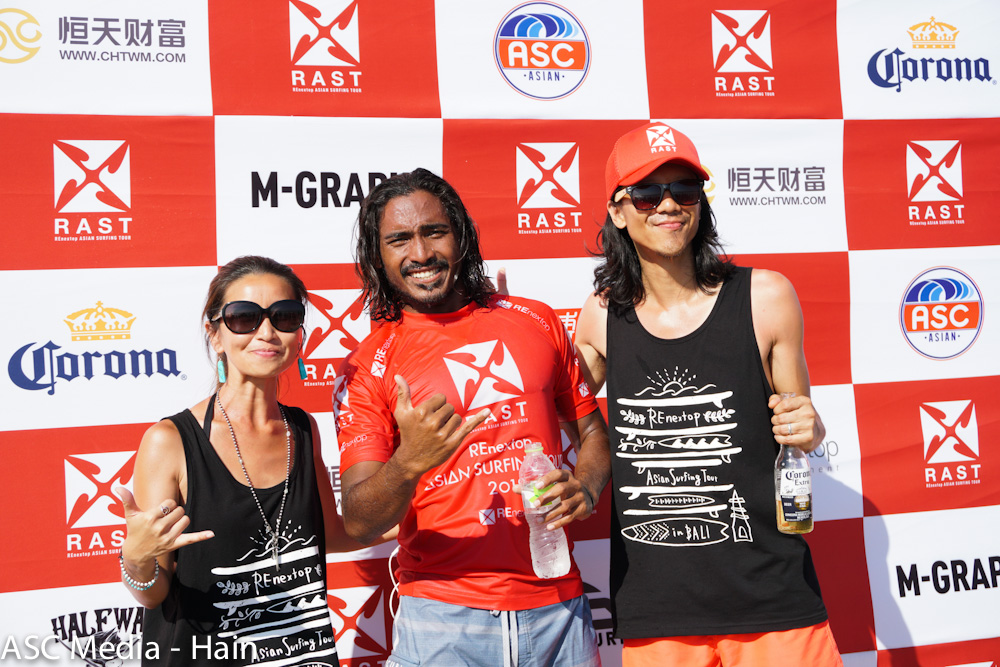 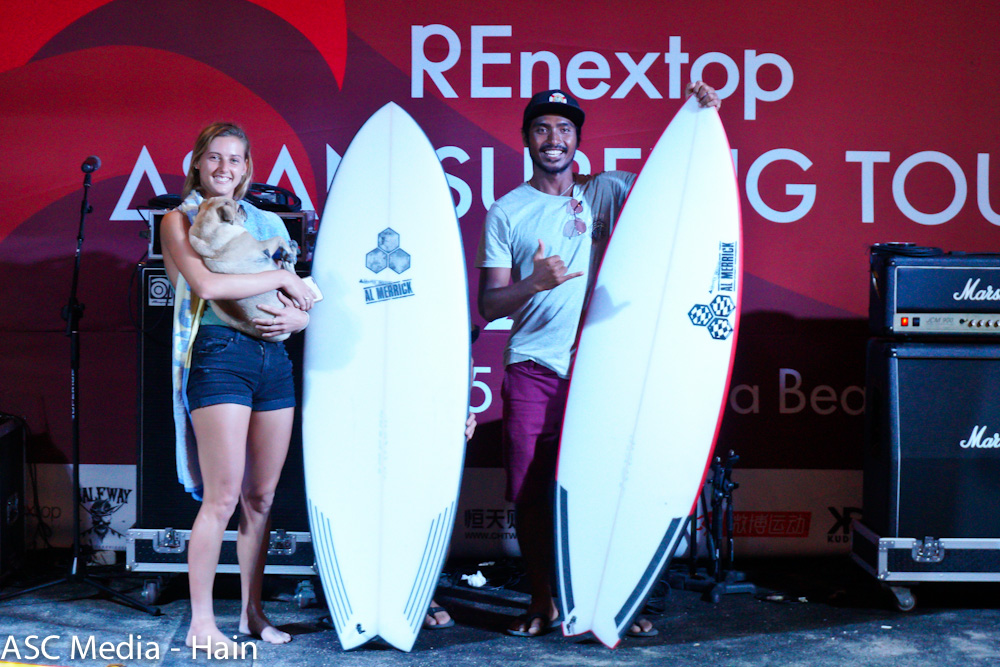 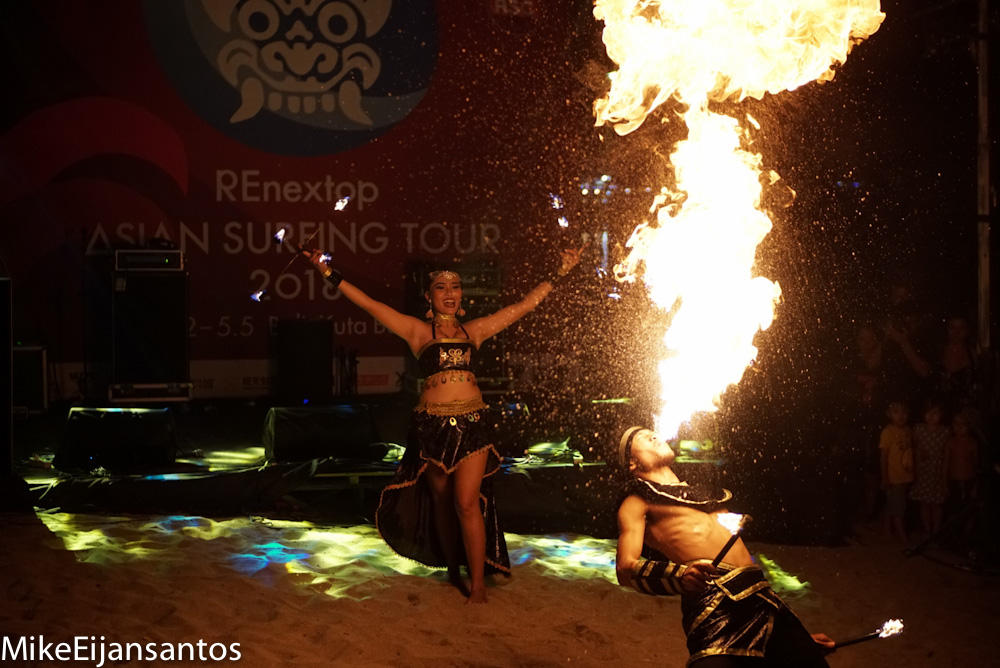 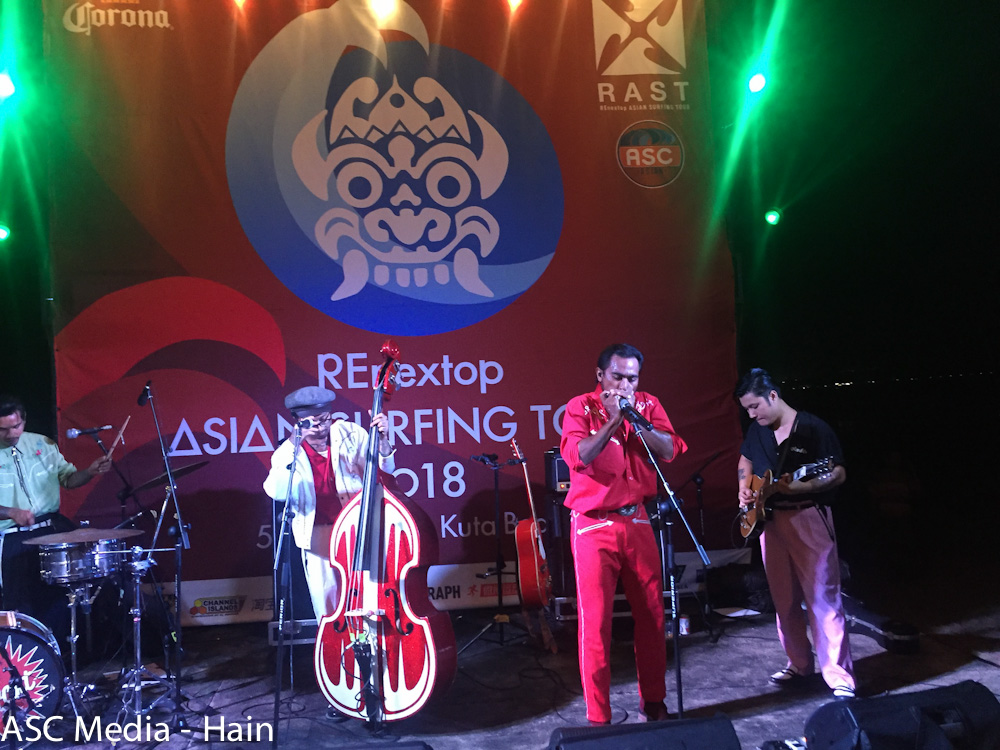 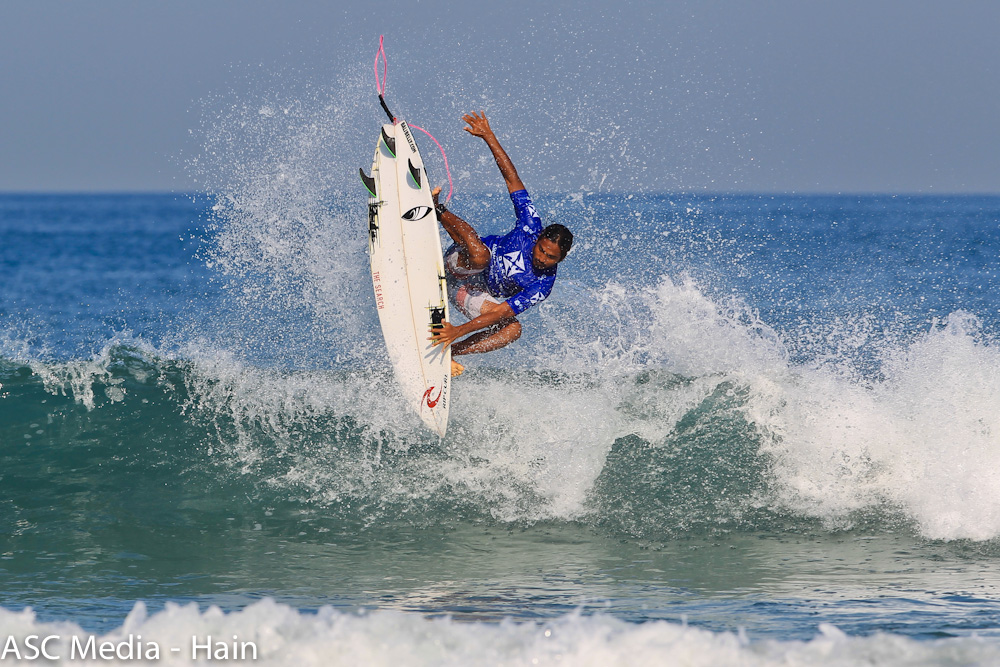 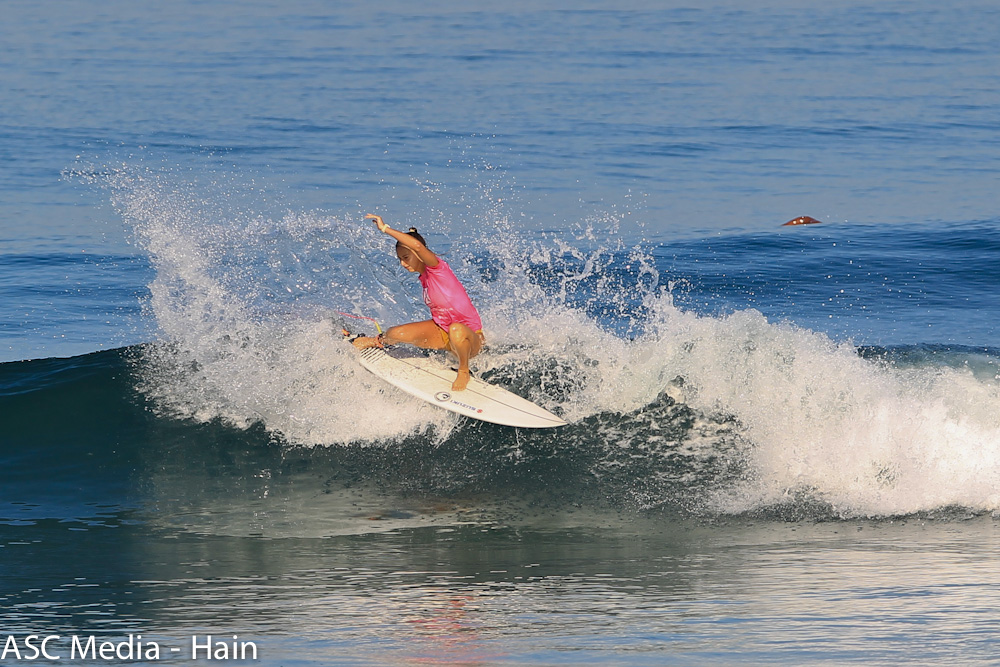 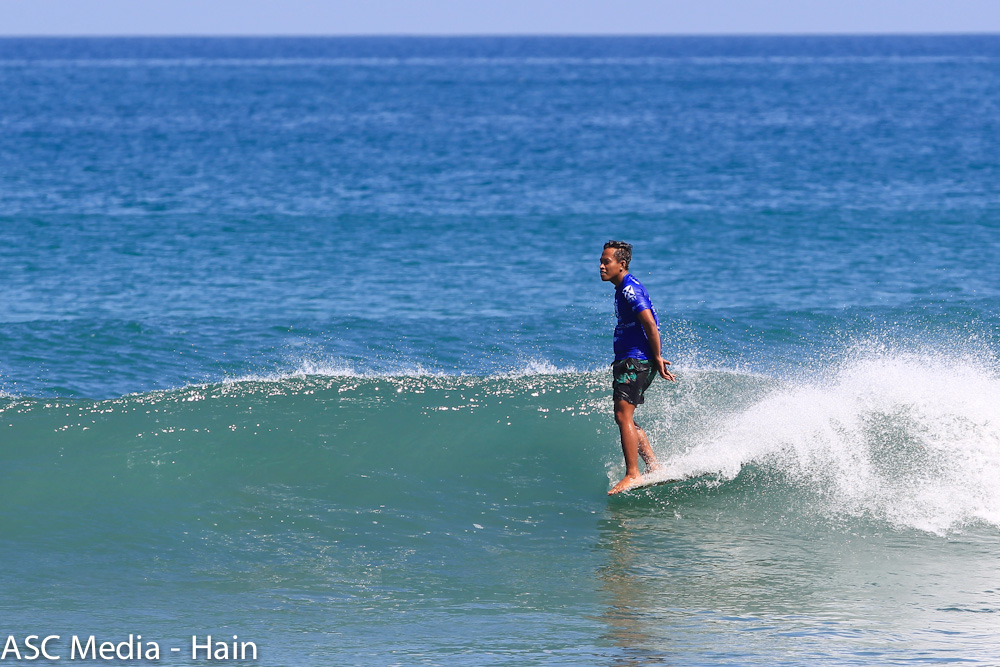 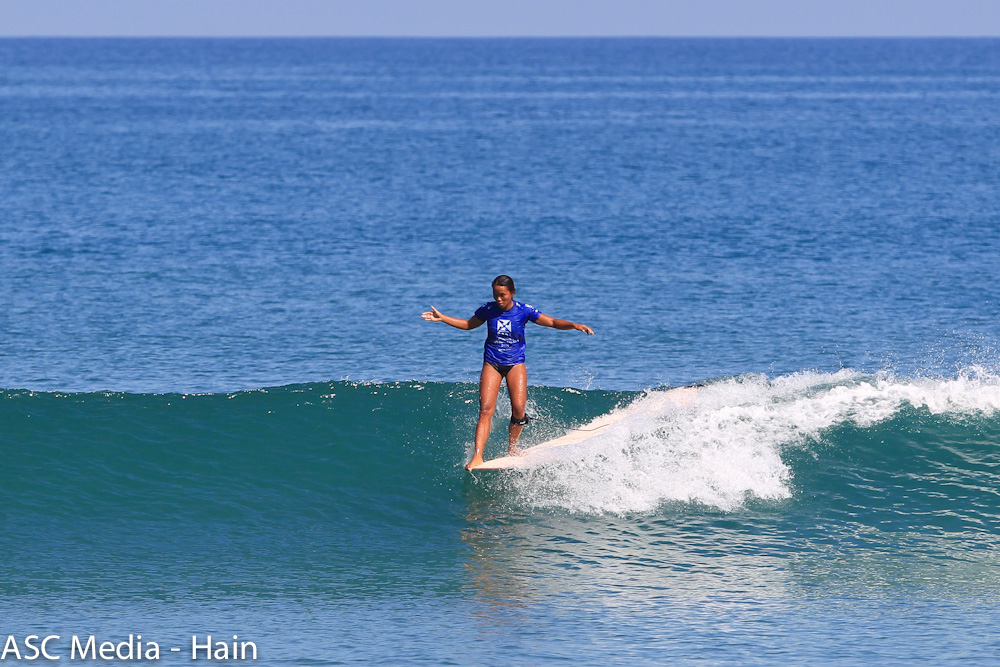 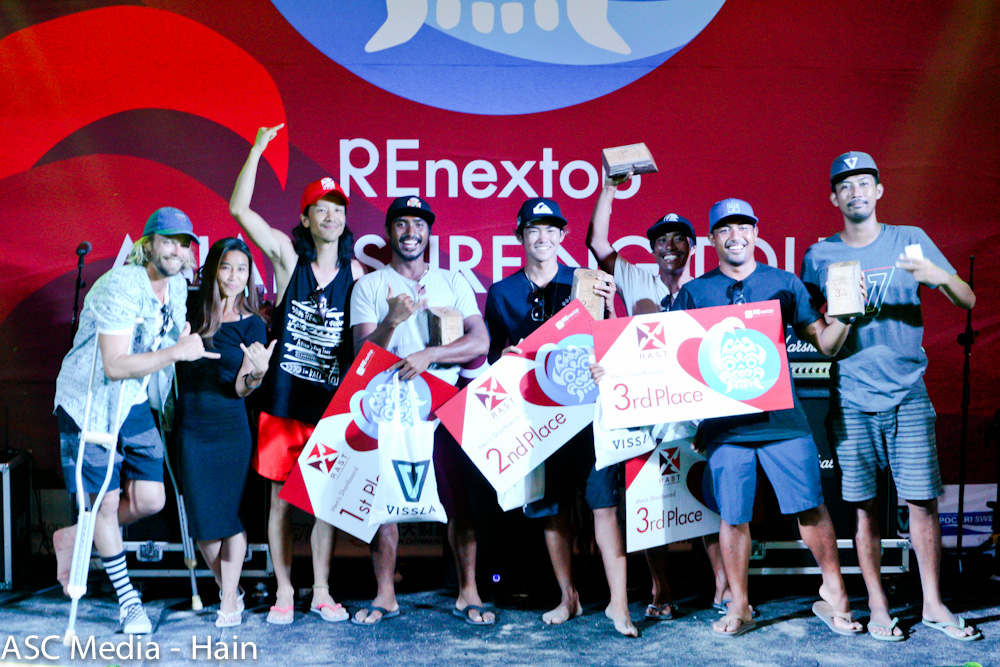 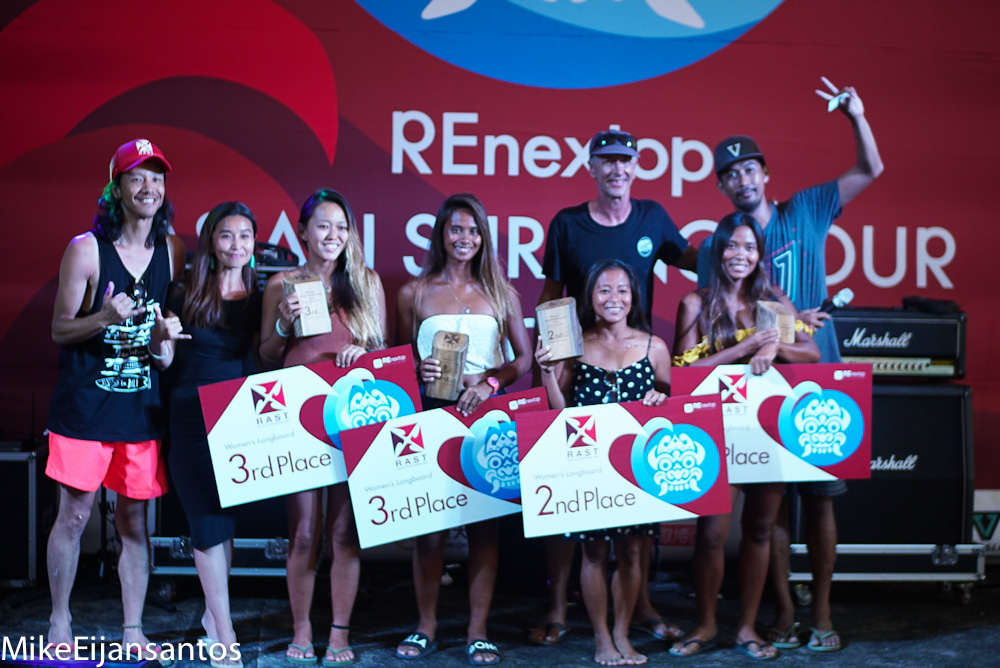 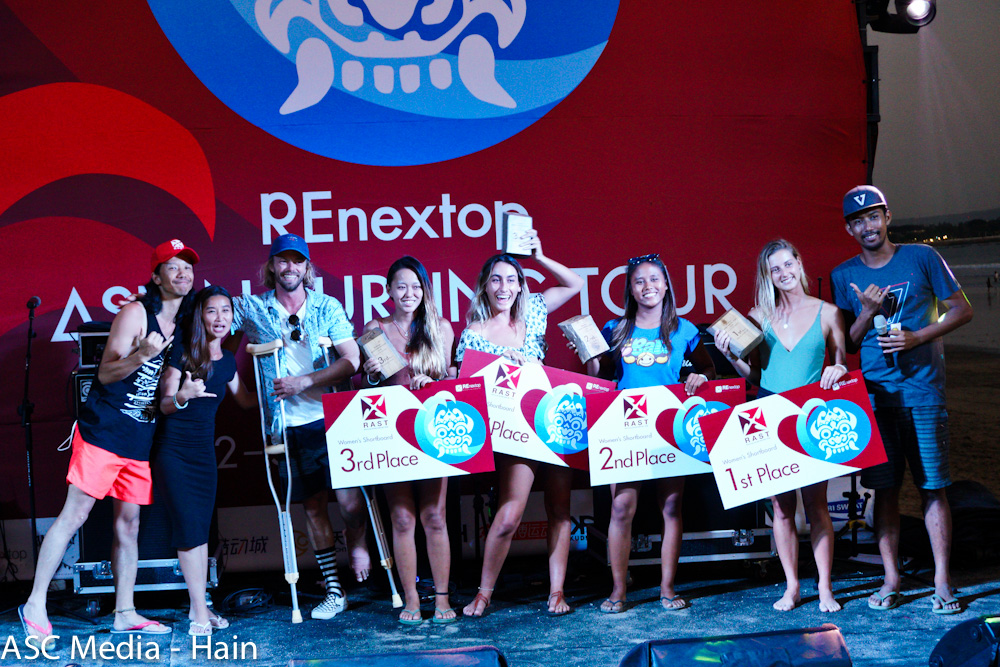 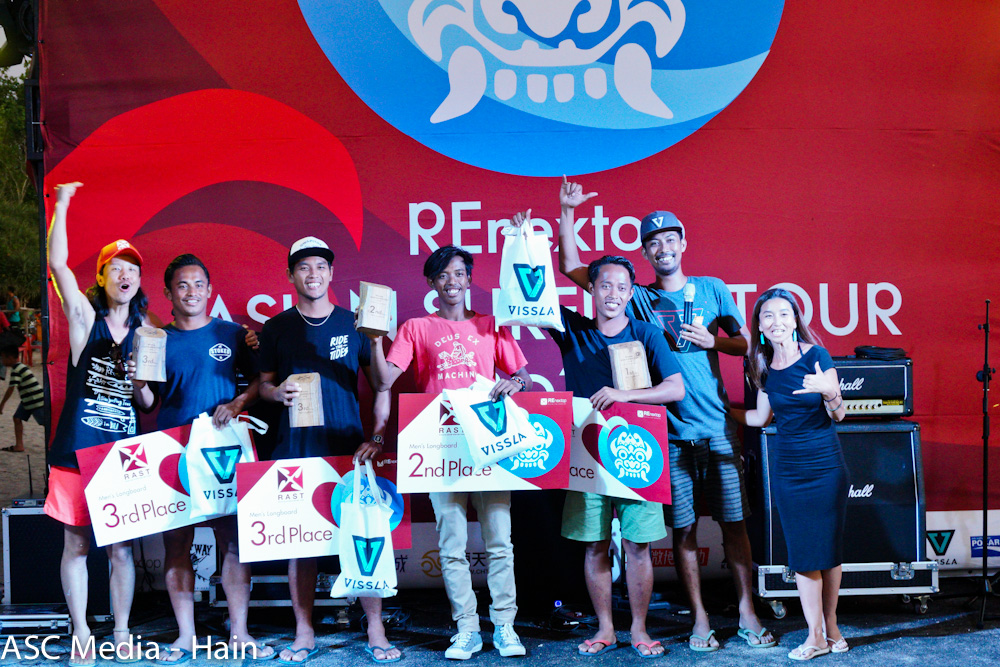 This was not only Anwar’s second competition win in the last two weeks but also his second final against Rio Waida,

In an exciting conclusion to the first stop of the Renextop Asian Surfing Tour 2018 season at Halfway Kuta Beach yesterday, it was Indonesia’s Oney Anwar taking the Men’s Shortboard win over fellow Indonesian Rio Waida in the final heat of the day, drawing massive cheers from the crowd gathered on the beach as he was chaired up to the tower.

This was not only Anwar’s second competition win in the last two weeks but also his second final against Rio Waida, both having dueled in the recent WQS 1500 Krui Pro in Sumatra, where Anwar also came away with the win.

“It was so great to be out here at Kuta Beach, competing against Rio and also against many of the other guys I used to compete against in grom comps and ISC and ASC events over the years,” said Anwar.  “I’ve been training and practicing a lot, but having Rio out there pushing me really helps me up my performance a lot.  Going out into that final I knew I had to really do something big, and when that good wave came I just gave it everything I had…so when I heard the announcer say the judges gave me a 9.17 it gave me lot of confidence.  So happy to be here and thanks to REnextop and everyone for putting this event together for us!” he added.

In the Women’s Shortboard Division it was previous World Championship Tour surfer Chelsea Tuach from Barbados getting the win over local Kuta girl Dhea Natasya.  “It was great to be surfing out there against Dhea, it was by no means an easy heat.  We had some great exchanges out there and I think we put on a good show for everyone,” said Tuach.  “It was kinda weird with her and beach all against me, but she was ripping and it was just nice to have a heat against her.  It was great to compete against girls I’ve never surfed against before, so it’s been a really fun week for me here, throwing a little competition in with my Bali holiday,” she explained.

The Men’s Longboard Final was a cracker, with the boys from Batu Keras, West Java (the longboard Mecca of Indonesia) putting on a display of innovative longboarding that Head Judge Keenan Roxburgh said probably only a handful of other surfers in the world could do.  In the end it was Arip ‘Mencos” Nurhidayat that took the win, using his amazing ability to switch feet and do innovative maneuvers in critical sections of the wave.  As Roxburgh explained it, “Mencos was able to blend a series of super technical noserides with a progression of ambidextrous on rail technical surfing…it was a real mind buzz for me, and I’ve watched a lot of great longboard surfing over the years…it was something special for sure!”

“I’m so happy to get this win at Halfway, but I was so nervous in the final as I was competing against my cousin Deni,” said Mencos.

He continued, “But I’ve been in more competitions and I know what the judges are looking for, so I think that’s how I could win out there today.  Thanks so much for this event, to the REnextop, the Kuta guys, the judges, ASC, and everybody who came…thank you!”

In the first final of the day, the Women’s Longboard Division, it was Jessah ‘Aping’ Agudo from Siargao Island, home of Cloud 9 in the Philippines getting her first ever competition win, over last year’s RAST Women’s Longboard Champion Daisy Valdez, also from the Philippines.  “I almost can’t believe that I won, it’s my first time winning a competition like this,” she exclaimed.  “I was up against Daisy also, who is much more experienced, so I just tried to get the best waves and do my best.  I’m so surprised and happy right now, and proud to represent my island and my country,” she added.

A total of 105 competitors from 9 countries (Australia, China, Hawaii, Japan, Korea, the Philippines, Indonesia, Russia and the USA) joined in the four-day competition, and the RAST #1 event was broadcast live each day by Freshair Broadcasting. More than 17 million viewers in China via the Yi Zhibo platform watched the event over the four-day period, with the final day logging in 5.32 million viewers.  Facebook alone saw 30,000 viewers on the final day as well.

REnextop CEO Lillian Chen expressed her delight with how well the event came off, saying “I’d like to first thank our partners, our sponsors, the judging panel, the organizing teams, and everyone who is with us and supporting us on this second year of our RAST tour.  We are trying to do even more this year to promote surfing, pro surfing but also the surfing lifestyle, culture and the spiritual part of surfing as well.  We are happy to see more and more surfers from Asia joining us this year, and Kuta Beach is such a great venue and the perfect place to have the first event of the year.”

The RAST #1 event is the first stop of the 2018 season, which will include stops in Thailand in July, Japan in September, and the grand finale in China in November.