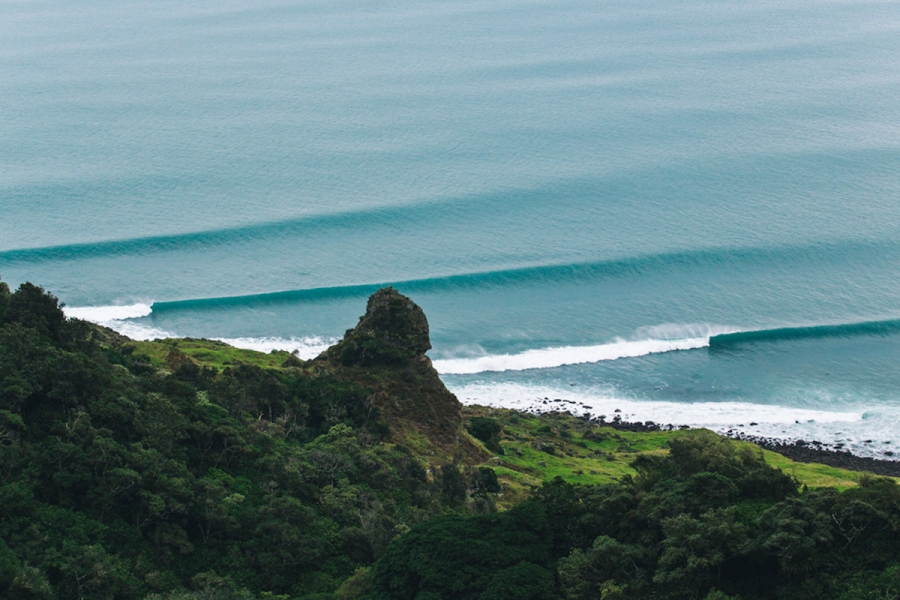 The Rip Curl GromSearch International will play host to 16 of the world’s top junior surfers from seven countries around the globe.

The world’s best junior surfers are getting ready to compete in the 2018 Rip Curl GromSearch International, a yearly event that marks the culmination of GromSearch series around the globe. This year the International Final willbe held in the long left - hand point  that is Raglan, Manu Bay on the North Island of New Zealand. Former competitors at the GromSearch International Final include
WSL World Champions Gabriel Medina (2014), Tyler Wright (2016, 2017) and Steph Gilmore (six times World Champion), as well as WSL World Tour regulars Owen Wright, Jordy Smith, Nikki Van Dijk, Sally Fitzgibbons and Caroline Marks –and with a list like that, the pressure is on to take home the trophy.16 - year -old Kirra Belle - Ollsen, an up -and-coming Australian surfer who was selected to be one of two International Wildcards, has been prepping for the event since she got the news just last week. “I am so stoked to be selected to compete in the International Final,” she said. “It’s an absolute dreamto be able to surf Raglan with just a few other girls out!” “I’m a goofy foot like my Uncle (Matt Wilkinson), and surfing this wave has been one of the biggest items on my bucket list for as long as I can remember. Let’s just hope that forehand magic will take me to the Final!”

Rip Curl ran the first ever GromSearch event in 1999 to provide a fun competitive event for 16 - and - under junior surfers, and since then it has developed into a worldwide series that  culminated at the International Final. This Final is held at a different location each year, with a focus on nurturing the development of the next generation of elite surfers.

The Rip Curl GromSearch International final will be run in conjunction with the Rip Curl Pro – Raglan.