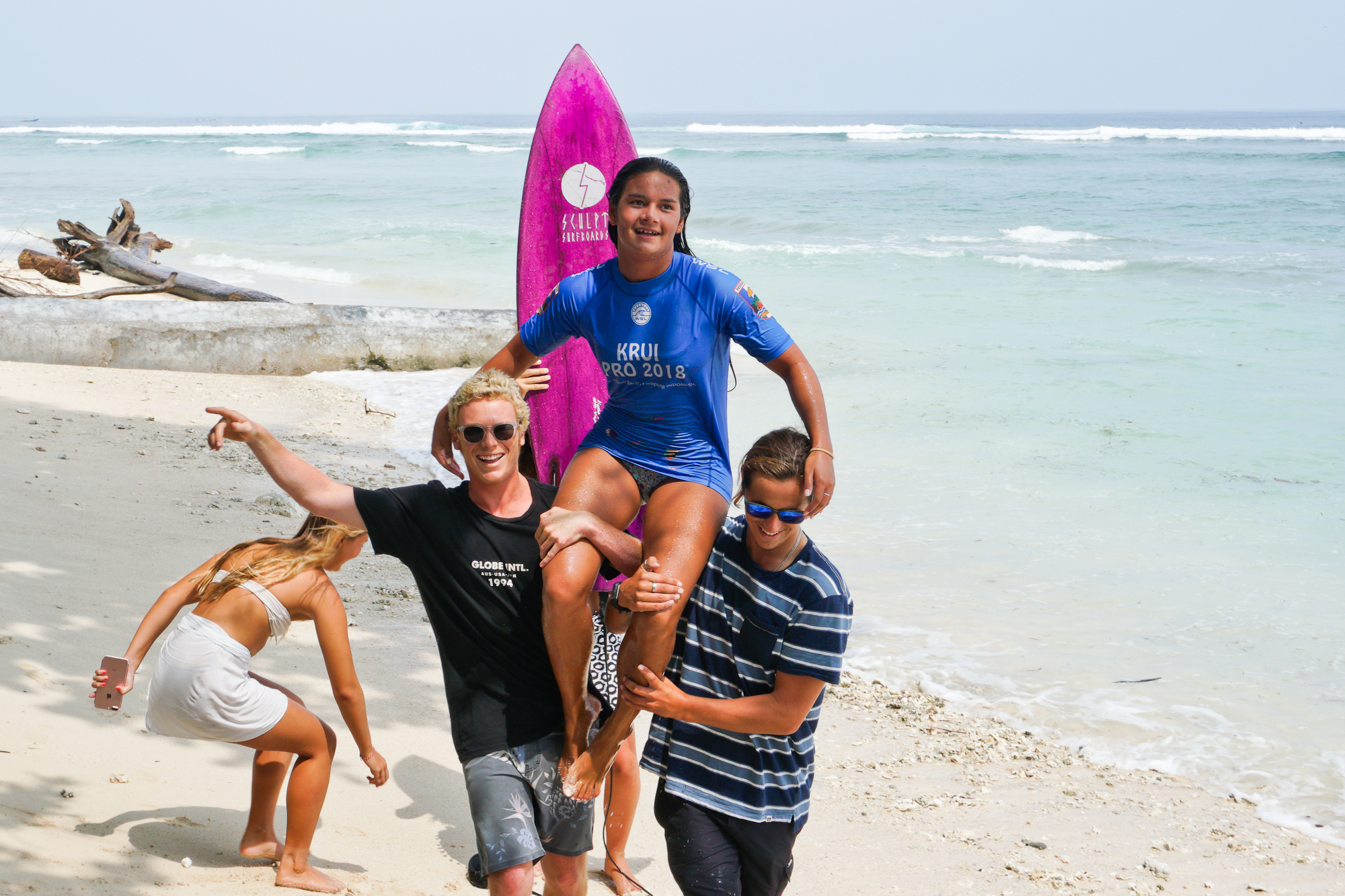 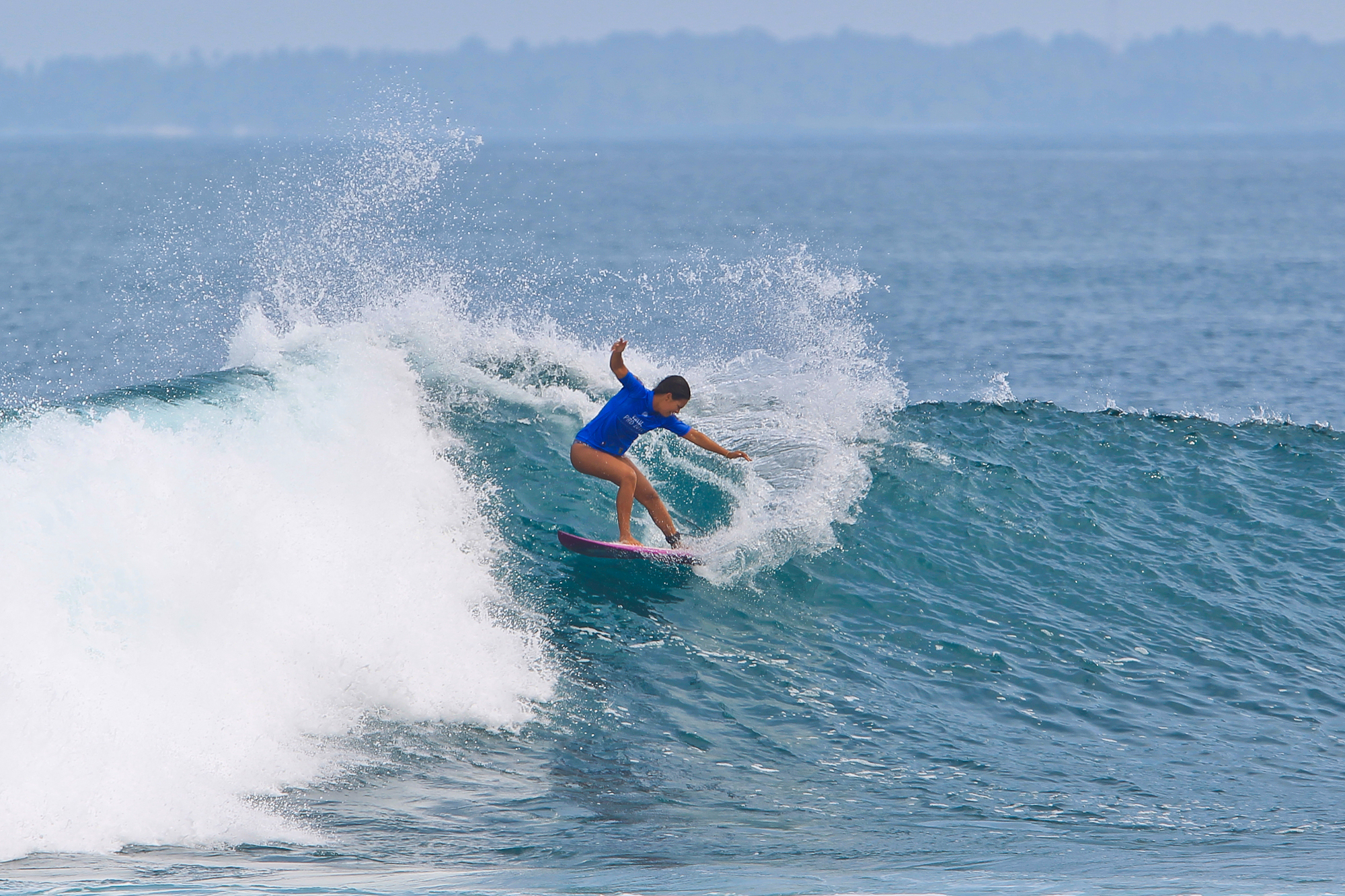 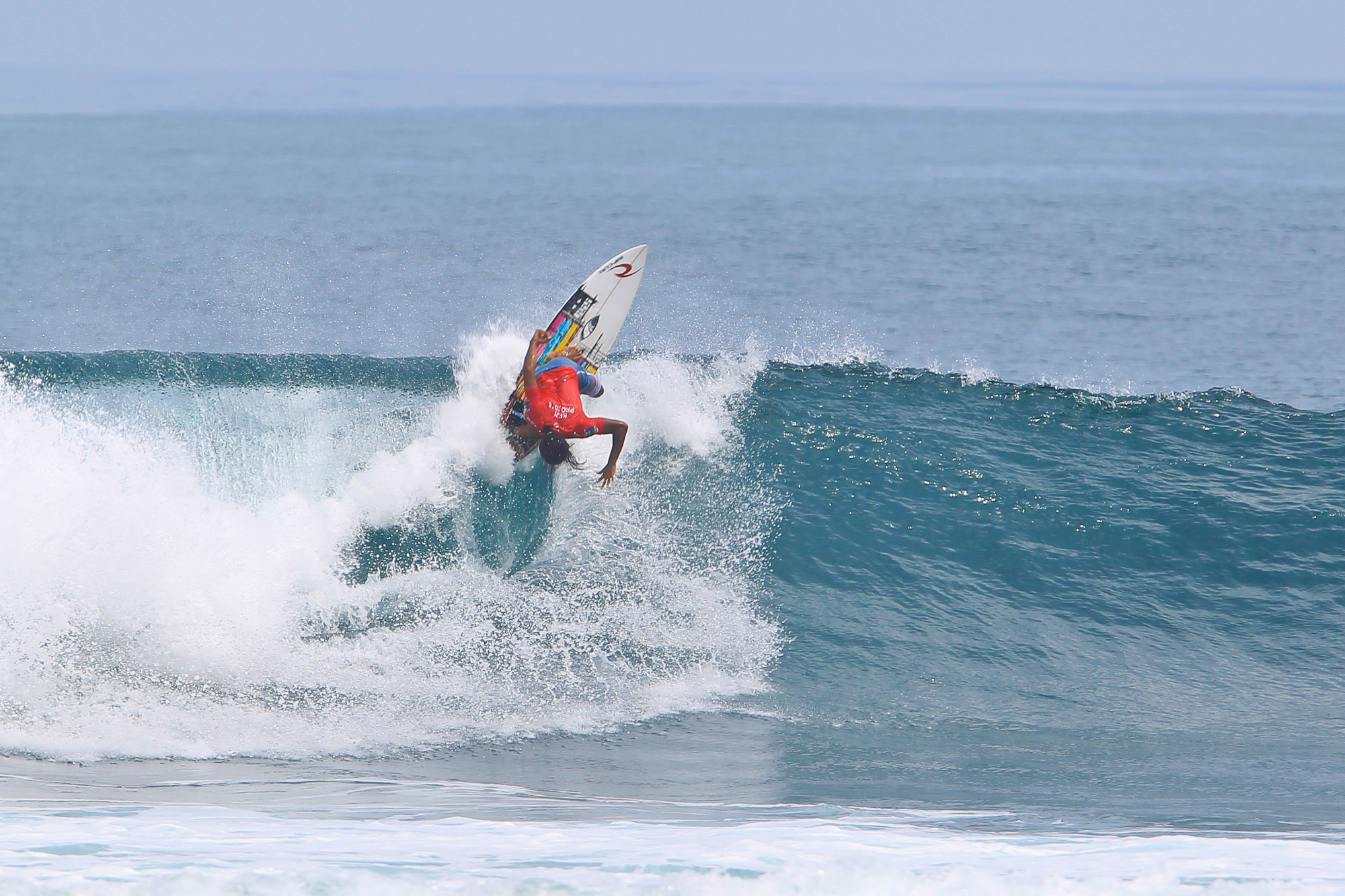 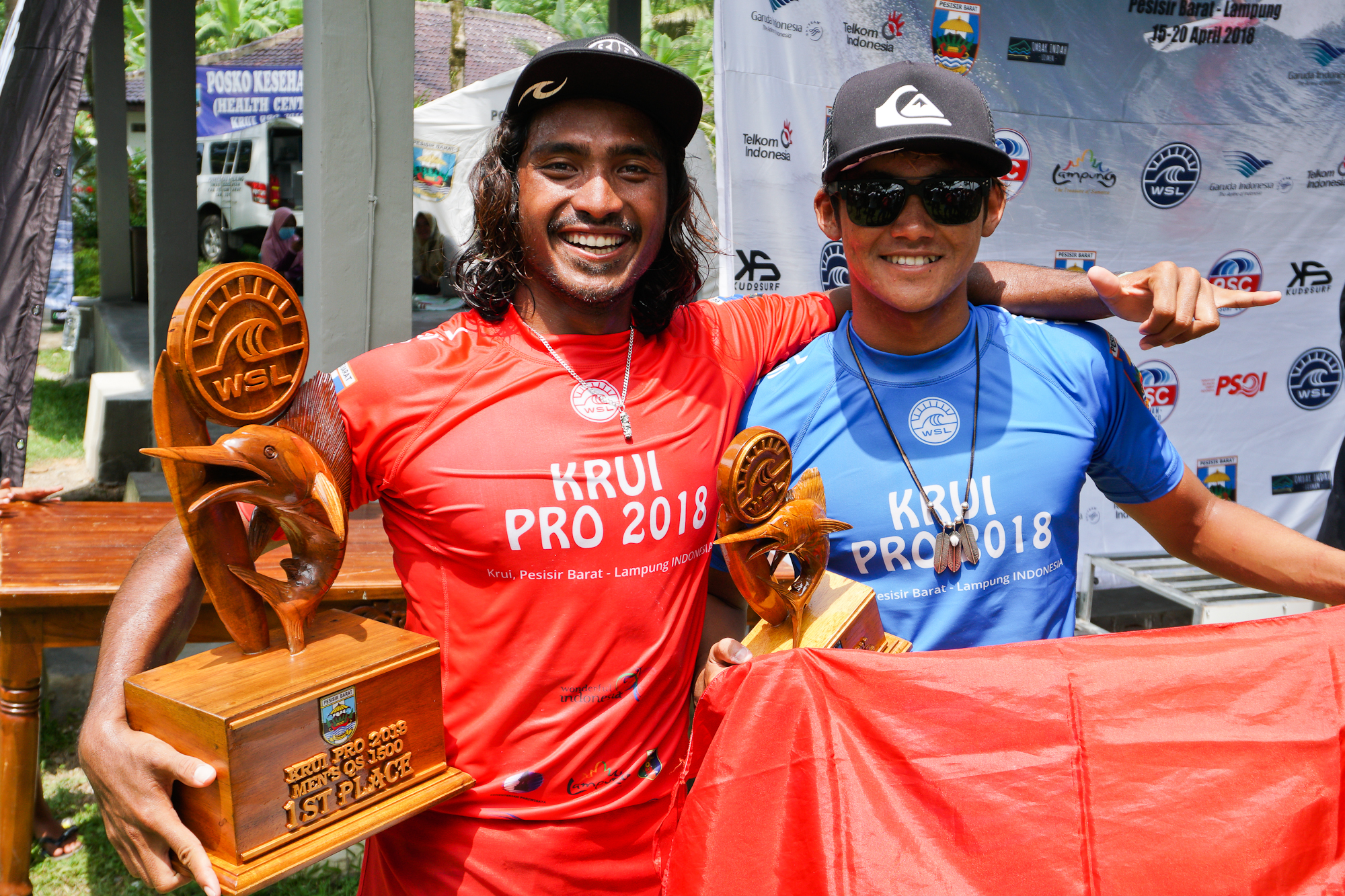 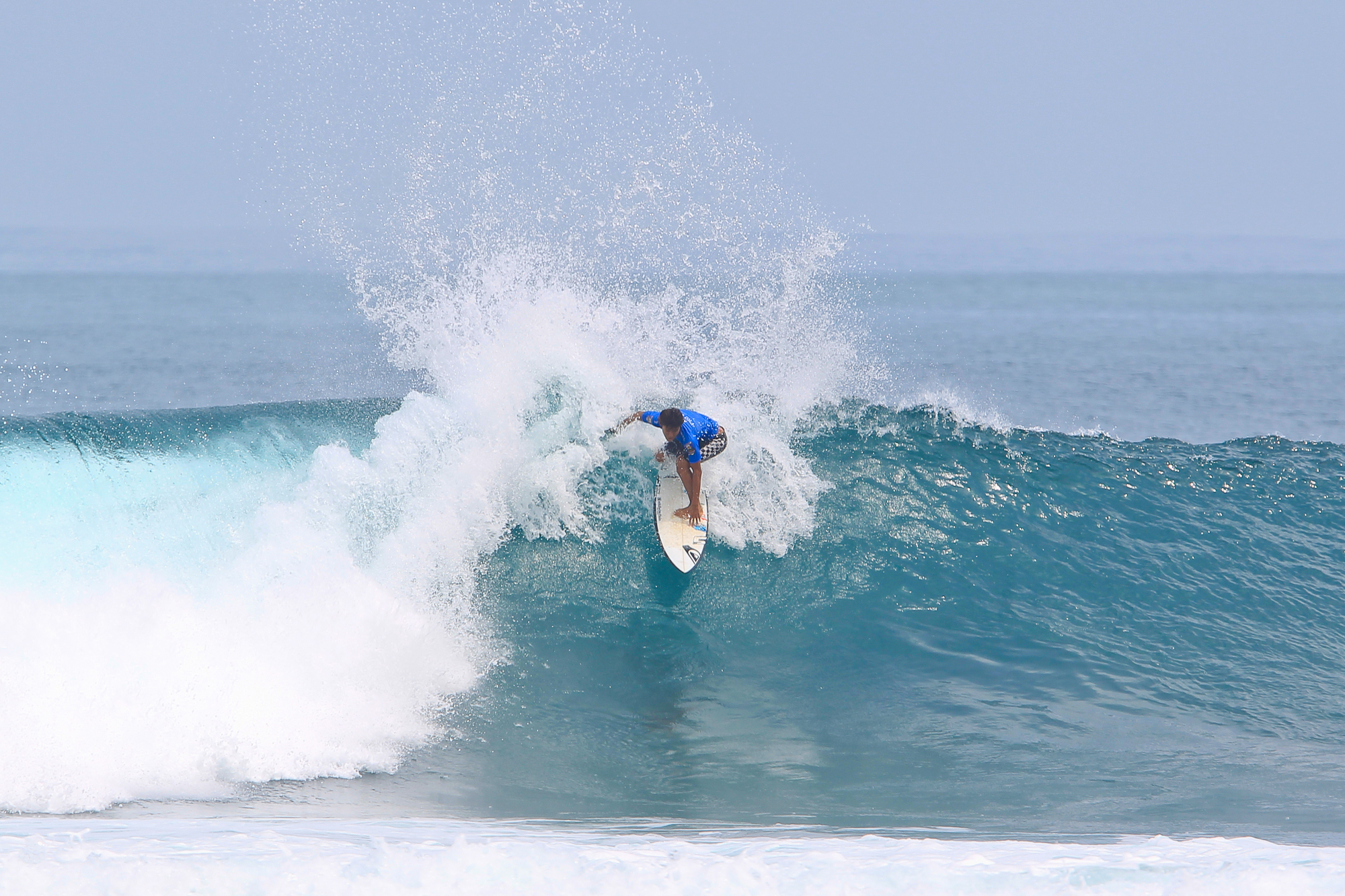 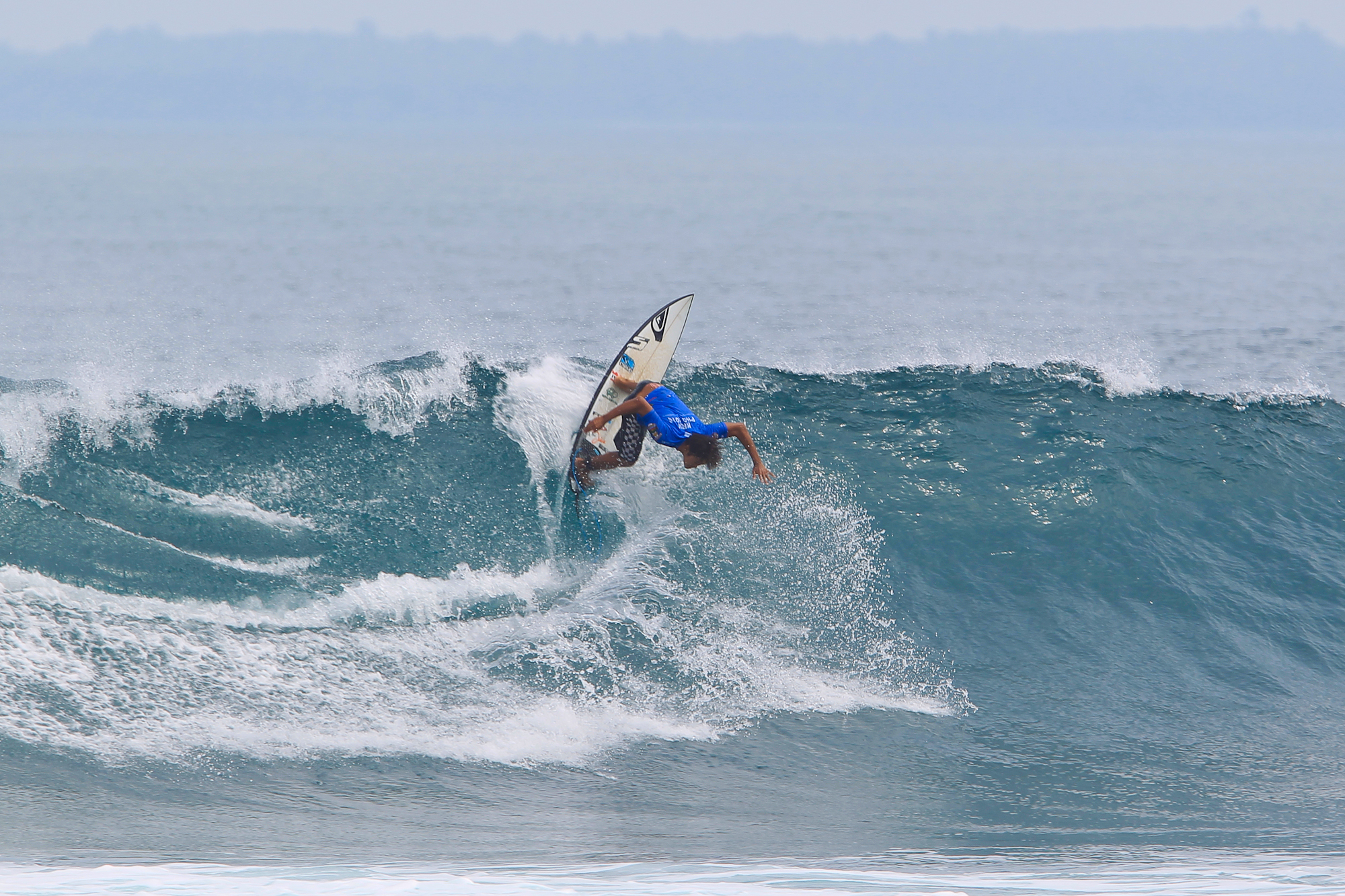 The day dawned and revealed clean and pristine four-to-six foot waves running down the reef, setting the stage for a perfect final day.

Alysse Cooper from Sydney, Australia has taken the first, but likely not her last WSL QS win of her young career. The 18-year-old goofy-footer was the standout surfer of the women’s draw, attacking long lefts on her forehand and unloading impressive combinations of powerful turns to take top honours in the impressive International field.

“I have no words right now!” Said Cooper. “I was really nervous in the semifinal, but when the Final started I was just so excited to be out there and just went surfing in perfect waves. Then I won. It’s an incredible feeling. I’ve seen so many of my heroes get carried up the beach after a win and when it happened to me that’s when it sunk it.”

Indonesia’s Oney Anwar won an epic final against countryman Rio Waida that saw the lead change multiple times and the pair went wave-for-wave, toe-to-toe and blow-for-blow. Waida held the lead at the midway point of the heat after he posted an 8.00, but Anwar answered back with an 8.40 of his own to take the lead and the event win.

“I have won other events in the past, but winning in my home country has an extra special feeling,” Anwar said. “I want to be a role model and inspire Indonesian kids to go surfing. It was great to have a Final with Rio (Waida), we are great mates, we said to each other let’s just go out there and show everyone our surfing. Then he scored an 8.00 and I was thinking that I needed to step up. It was a final I will never forget.

Rio Waida won the WSL Asia regional QS championship last year and is one of the most exciting up-and-coming surfers in the world and was happy to go out and get a big result in his home country.

“Congrats to Oney! I gave it my best and it wasn’t enough today,” Waida said. “I’m super happy to have that Final with him he’s a good friend and role model for me. This week we have scored some perfect waves, I am so happy this result will be great for my competitive year.”

Emily Gussoni had to settle for second place in her first ever QS Final, but was thrilled to post the best result of her career. The Italian surfer was impressive on her backhand and eliminated Lucia Martino in the Semifinals, but was out of the sync with the sets in the Final and leaves Indonesia with 750 QS points.

“I thought I’d be upset, but I am actually happy,” said Gussoni. “It’s a big result for me and will give me lots of confidence in the future. I absolutely love Krui, I’ll be coming back next time for sure.”

Peruvian pair Lucca Mesinas and Gabriel Villarán have been absolutely ripping all week and have been posting some of the event’s top scores, but they were unable to advance through the Semifinals today and finished the event with equal 3rd place finishes.