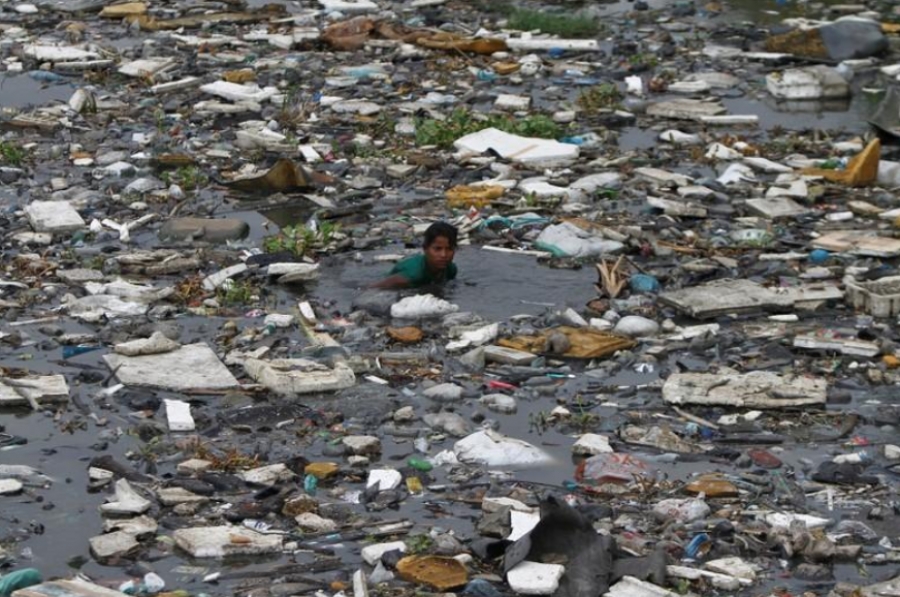 A boy searches for fish in the polluted sea backwaters near marina beach in the southern Indian city of Chennai July 3, 2013. REUTERS/Babu/File Photo

More than 200 countries signed a U.N. resolution in Nairobi on Wednesday to eliminate plastic pollution in the sea, a move some delegates hoped would pave the way to a legally binding treaty.

If current pollution rates continue, there will be more plastic in the sea than fish by 2050, said the United Nations Environment Programme (UNEP) which organized the meeting.


Eight million tonnes of plastic - bottles, packaging and other waste - are dumped into the ocean every year, killing marine life and entering the human food chain, UNEP added.
“There is very strong language in this resolution,” Norway’s environment minister, Vidar Helgesen, told Reuters.

“We now have an agreement to explore a legally binding instrument and other measures and that will be done at the international level over the next 18 months.”
Norway, which initiated the resolution, has seen the evidence of the damage the pollution causes first hand, he said.
“We found micro plastics inside mussels, which is something we like to eat,” Helgesen added. “In January this year, a fairly rare species of whale was stranded on a beach because of exhaustion and they simply had to kill it. In its tummy they found 30 plastic bags.”
China is the biggest producer of plastic waste but has started making efforts to cut down, UNEP head Erik Solheim said.
“If there is one nation changing at the moment more than anyone else, it’s China ... the speed and determination of the government to change is enormous,” said Solheim.
Solheim eventually wants to see governments ban and redesign some packaging.
“Let’s abolish products that we do not need ... if you go to tourist places like Bali, a huge amount of the plastic picked from the oceans are actually straws.”

Under the resolution, countries agreed to start monitoring the amount of plastic they put into the ocean.
“While this is not a treaty, significant progress is being made ... 39 governments announced new commitments to reduce the amount of plastic going into the sea,” said the chief of public advocacy at UNEP, Sam Barrat.
“Chile, Oman, Sri Lanka and South Africa today ... announced measures including plastic bag bans, new marine reserves and drives to increase recycling.”