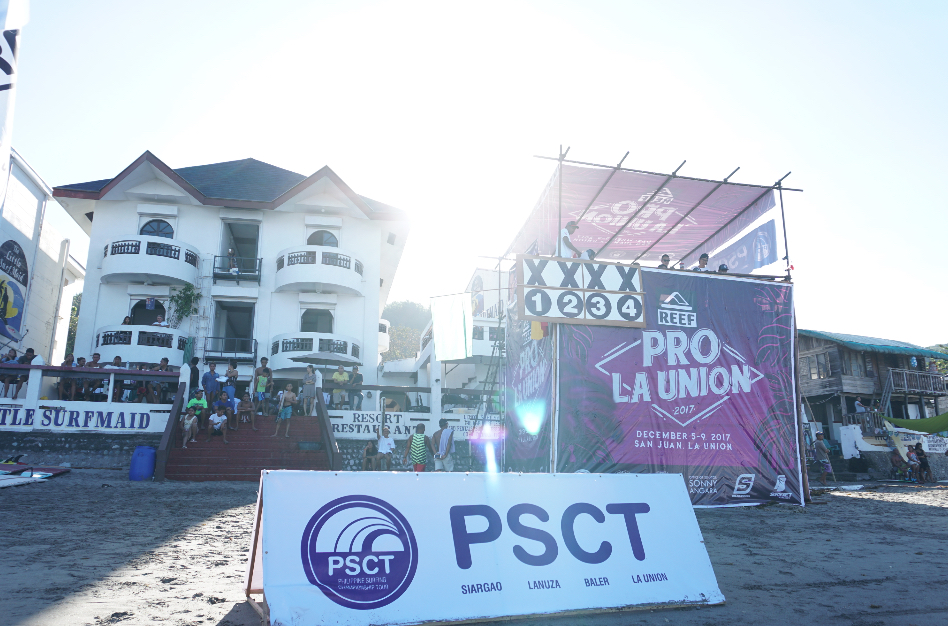 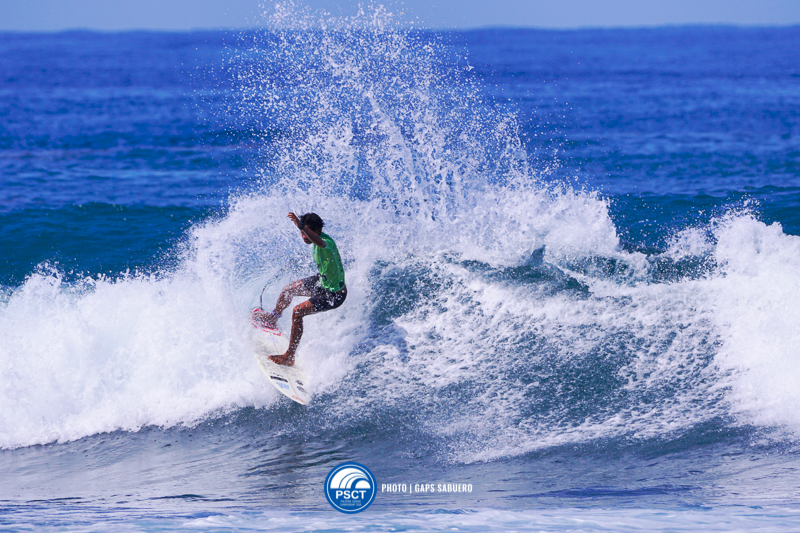 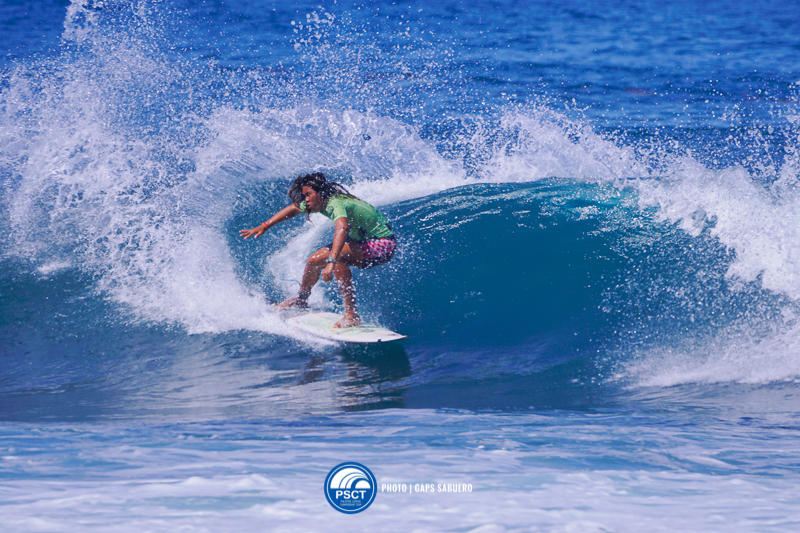 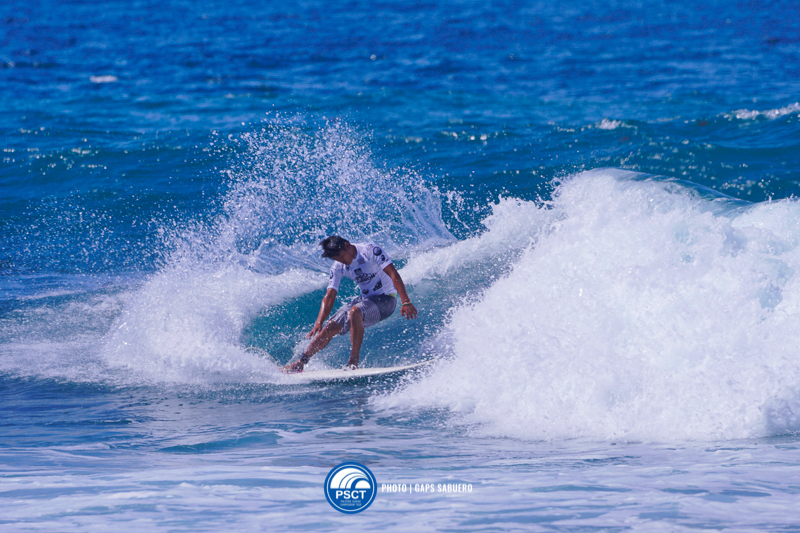 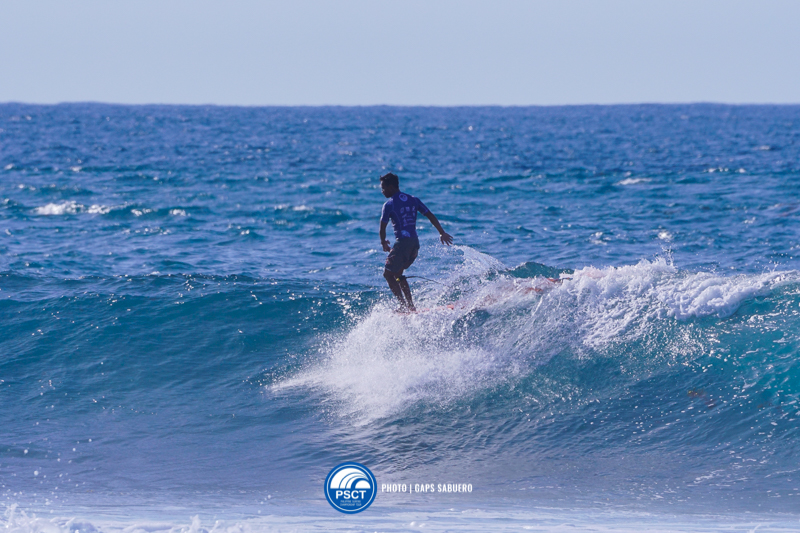 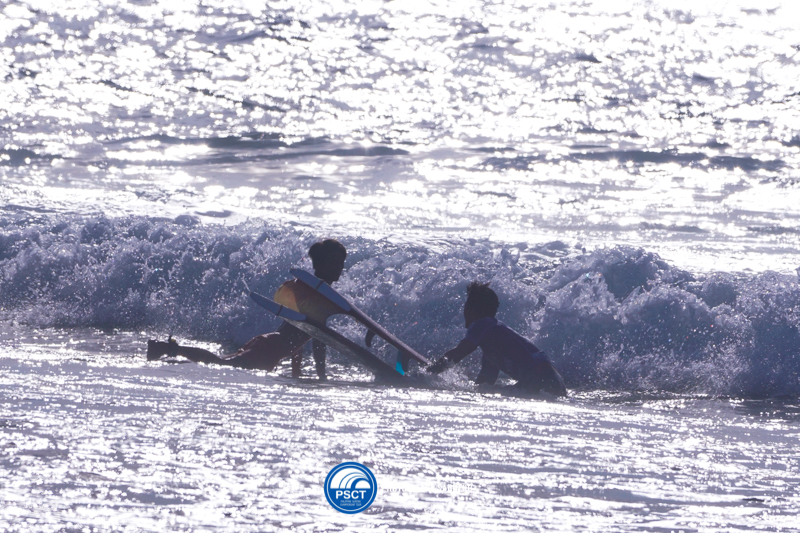 Remarkable wave conditions welcomed the best surfers from all over the Philippines...

...for the fourth and final leg of the Philippine Surfing Championship Tour (PSCT), the REEF Pro La Union, held at the famous Monalisa Point in Urbiztondo Beach in the town of San Juan.

Jerome Faraon from Baler graced the opening heat of the event with a staggering performance, earning the best wave of Round 1 with 6.50 and the best average heat point of 11.85. “The wave conditions were perfect and the current was not that strong. I’m happy to be able to join PSCT and experience a world-class event in terms of judging, officiating, and of course we have the rankings for the surfers. The scoring is the highlight of this event because you can hear your score while you’re in the lineup. It is my first time to join a competition with international standards. I hope my brother Wilson and I could join all the legs next year,” exclaimed Faraon.

The Men’s Longboard Open commenced in the afternoon with overhead waves. Roger Casugay from La Union impressed the judges with his exceptional performance during his Round 1 heat. “The waves were heavy and current was also strong  unlike this morning. It was tiring but also worth it. Being able to hear your scores from the lineup is a good thing that has happened to surfing competitions in the Philippines because it helps you decide whether you’ll get more waves and perform better in your heat,” said Casugay.

Casugay joined the first leg of PSCT last September in Siargao. When we asked about his sudden shift from shortboard to longboard division, Casugay replied, “My sponsor told me to focus and join the longboard division because there are a lot of competitors in the shortboard division. This is my homebreak. I know I will have the advantage if I join the Men’s Longboard Open. Maybe next year, I will try to focus on joining and be a wildcard for the Shortboard Open.”