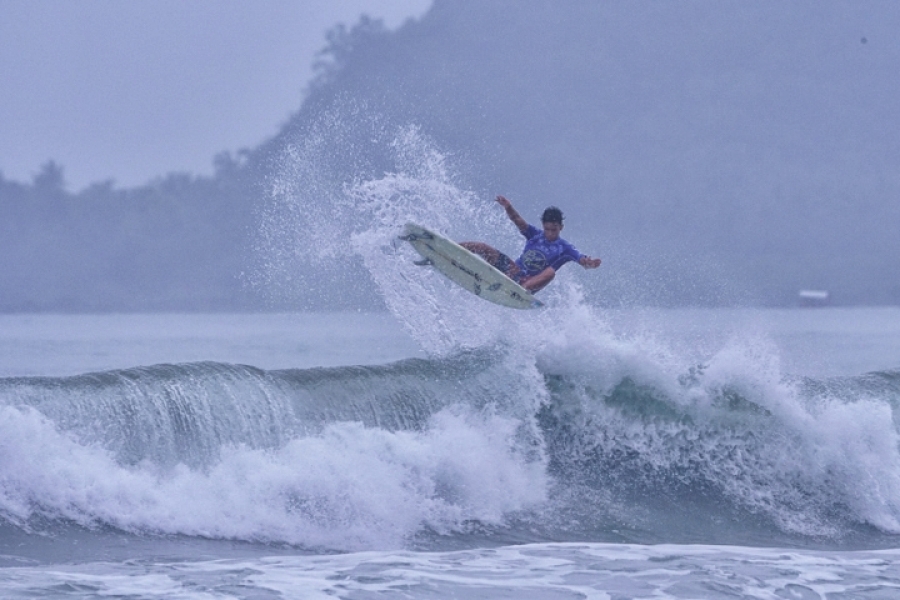 With the swell coming from the Pacific accompanied by trade wind and rain, the opening day of Oakley Pro Baler gave a rough start for the competitors.
Hailing from Pundaquit, San Antonio, Zambales, Sylvester Bactad, who is more accustomed to surfing beach breaks, gained enough momentum to score an average heat score of 11.5 points during his heat, one of the highest scores of the day.
“I was only a bit nervous unlike the first leg of PSCT where I was very tense. It’s different when you surf on beach breaks. The waves just keep coming and you need to duck dive all the time. It was so tiring. If you want to get a good wave, you really need to be patient. Also, the priority system of PSCT is really good. Everyone gets a chance to get their own wave.,” said Bactad. 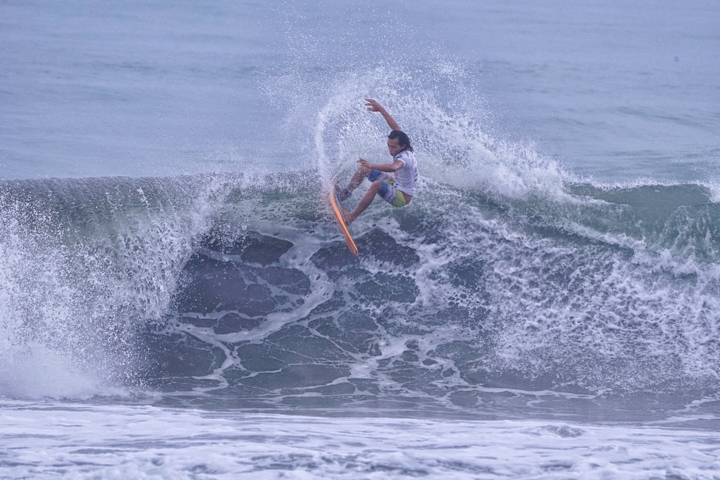 Brent Carlo Manegdeg from Pagudpud, Ilocos Norte looked comfortable surfing overhead waves with occasional strong winds. The promising young surfer from the far north was able to move to Round 2 capitalizing on his experience in surfing big waves at his home break. During the final minute of his heat, Manegdeg took his last wave, made a solid bottom turn and smacked the lip vertically, throwing a huge spray and ending his ride with a floater and an airdrop. The judges gave him a score high enough to take over the lead, securing his spot in the second round of the contest.
“I really thought I was losing my heat. Good thing I got a big wave. I gave all my best so that I can move to the next round. It is also my first time to join a competition with a priority system and it really helped during our heat. At first, it was hard especially if you’re not used to it,” said Manegdeg.

After a year of surfing competition hiatus, Wilson “Saddam” Faraon is back to regain his status as one of the top Filipino surfers. Faraon’s surfing career is known all over the country. He was a local surf prodigy from Baler, earning a nickname “Saddam,” when he was still a grommet because of his determination to rise above in every surfing competition that he joined. During his heat, Faraon showed everyone that he still has the skills, dominating his heat flawlessly, securing his spot in the second round.
The waves during our heat were not that great but there were also ones that will give you good points. The last time that I joined a surf competition was a year ago. I miss the feeling of stoke and excitement of competing. PSCT has really raised the bar high and brought surfing competitions in our country to a new, professional level. In the past, I have to ask my friends what transpired during my heat but now, scoring is announced clearly so you know if you need to perform better to advance. In the next PSCT season, I’ll make sure to join all the legs,” said Faraon.

Surf action will continue tomorrow for Round 2 of the Men’s Shortboard Open. Call time at 7:00 AM. 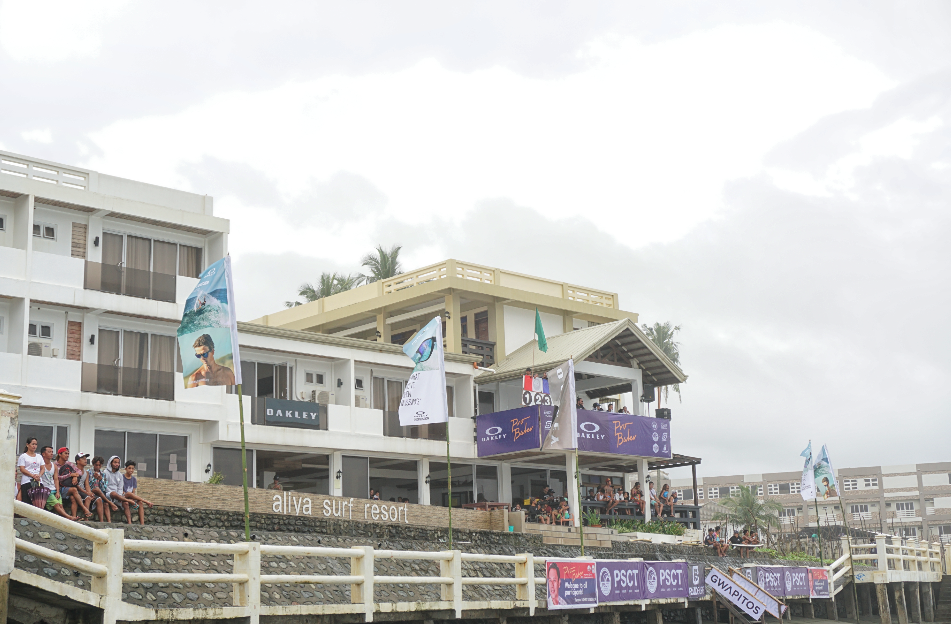