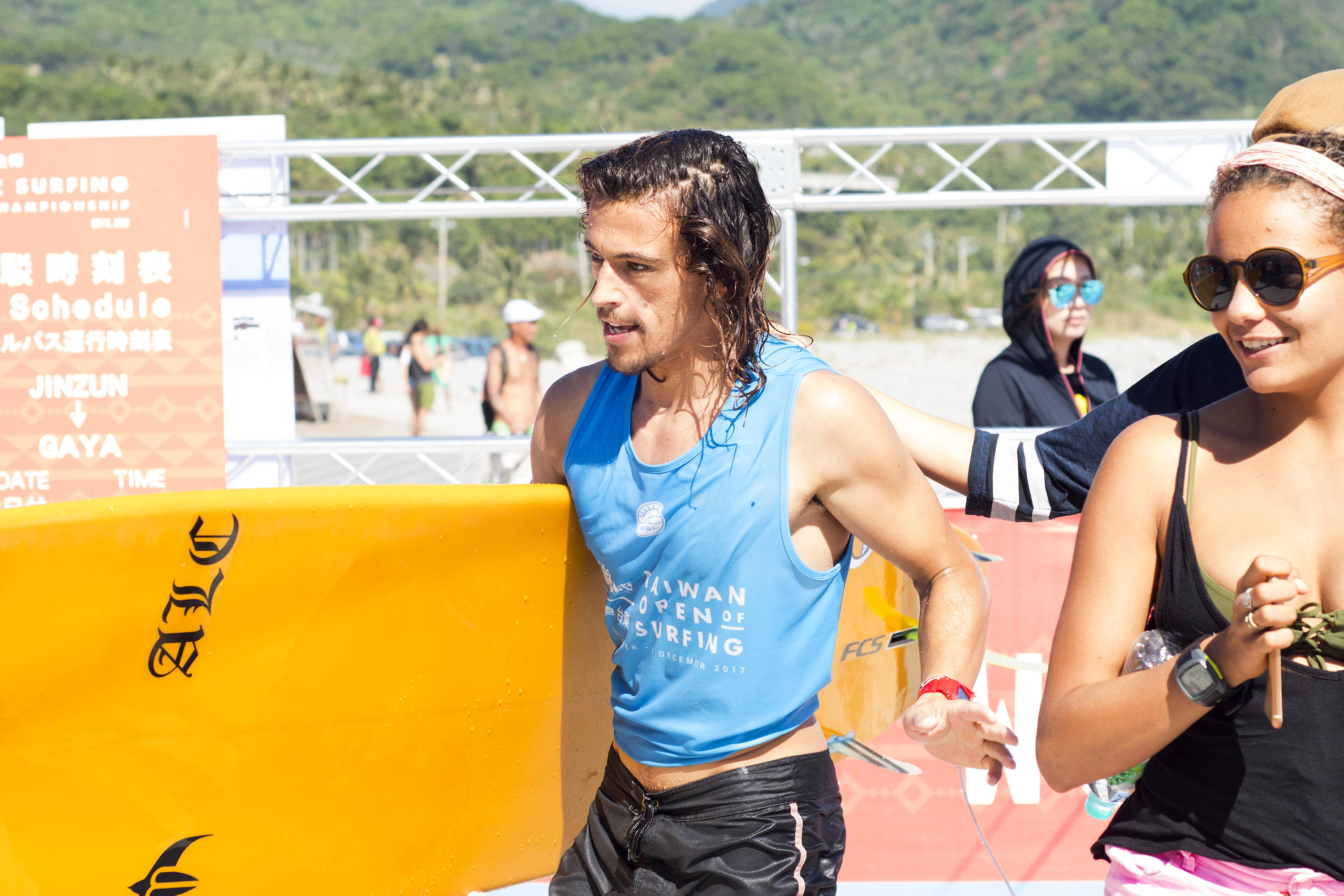 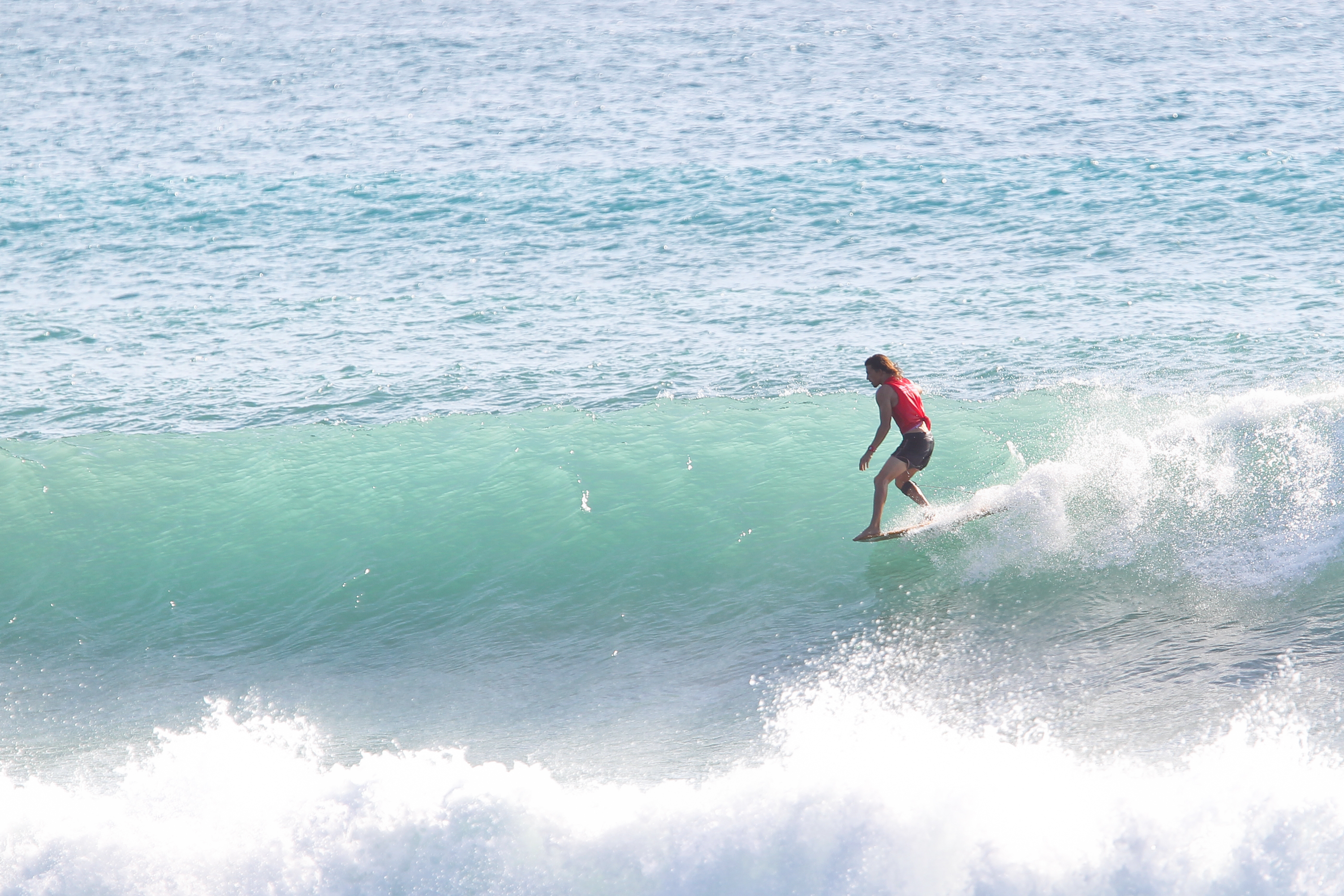 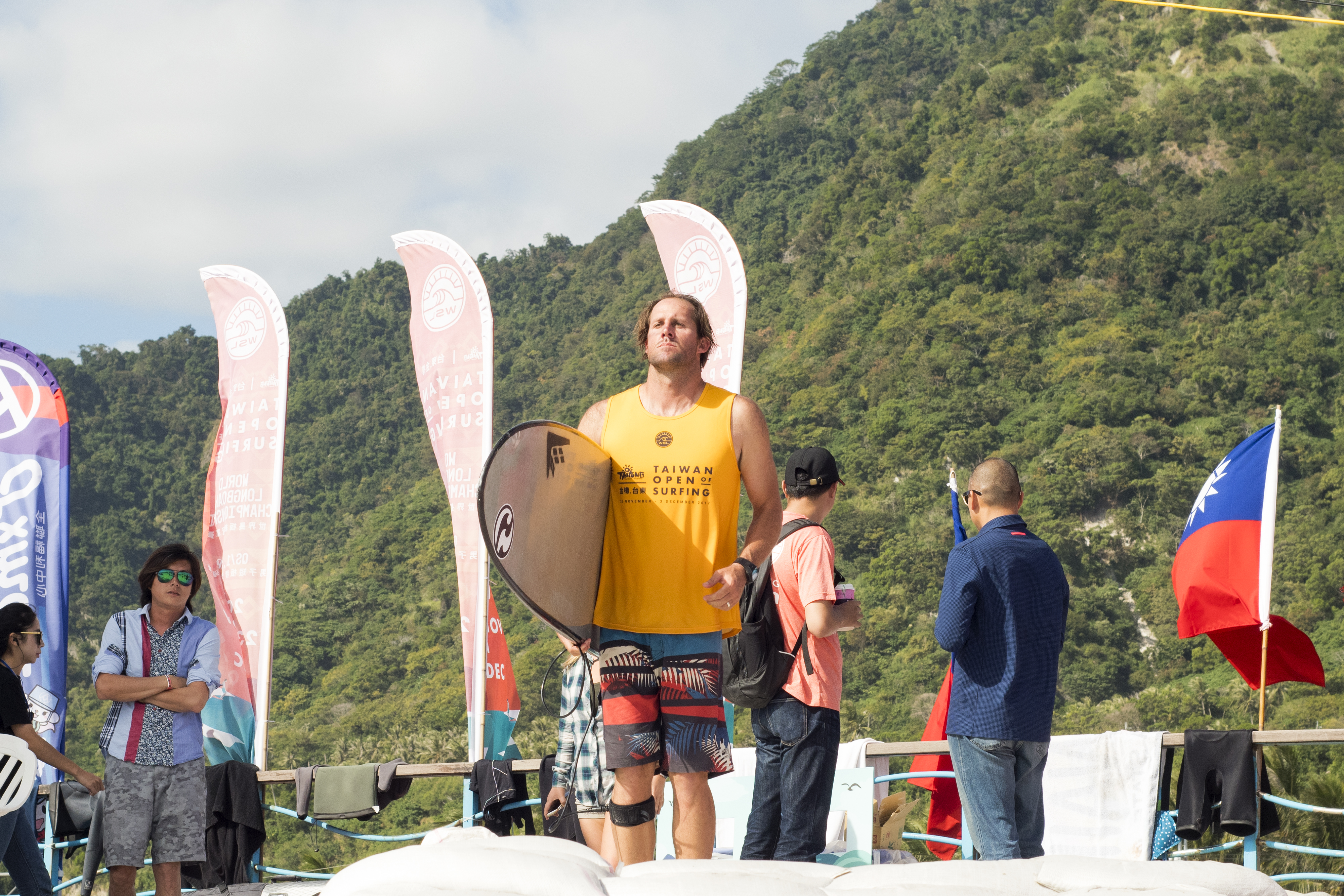 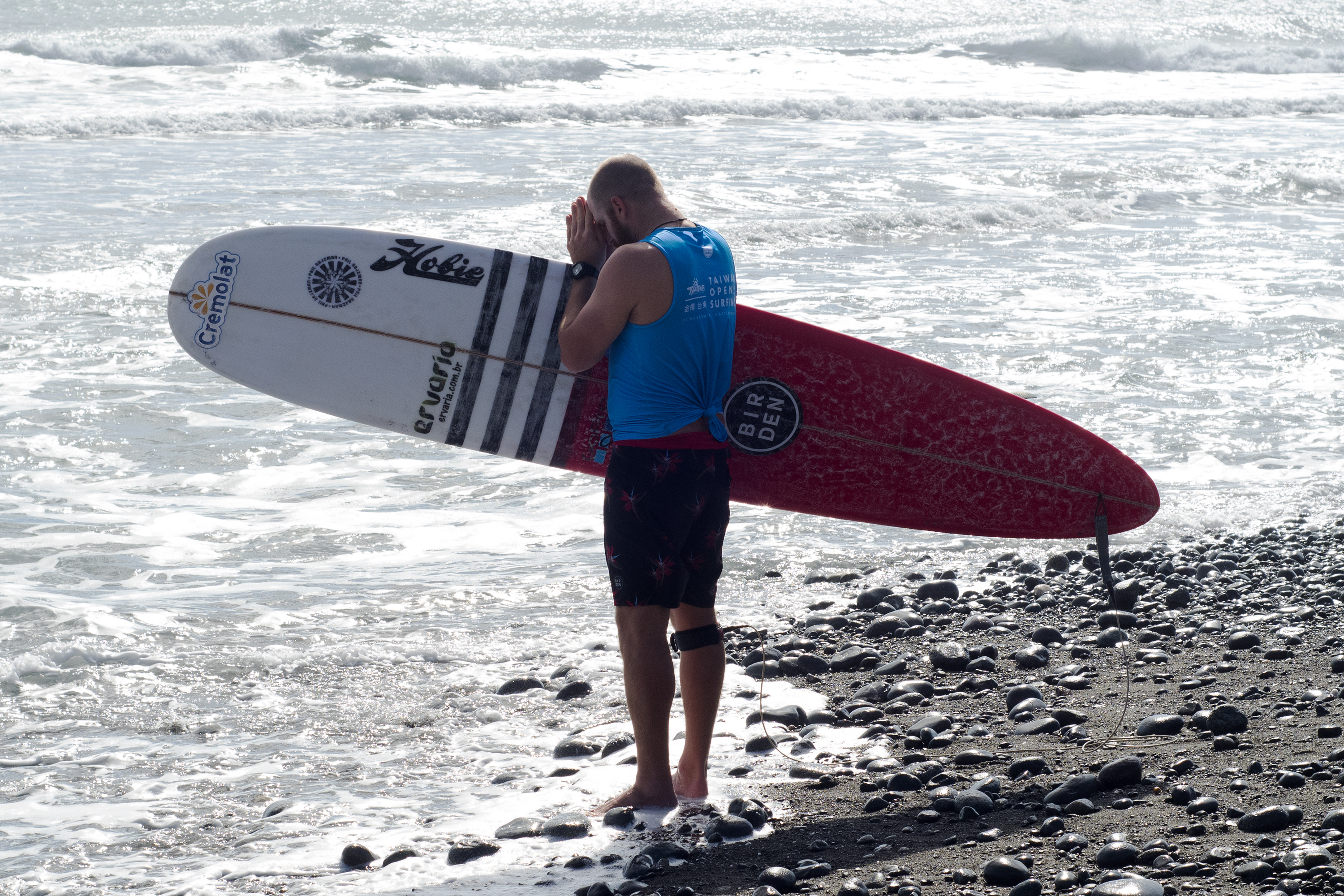 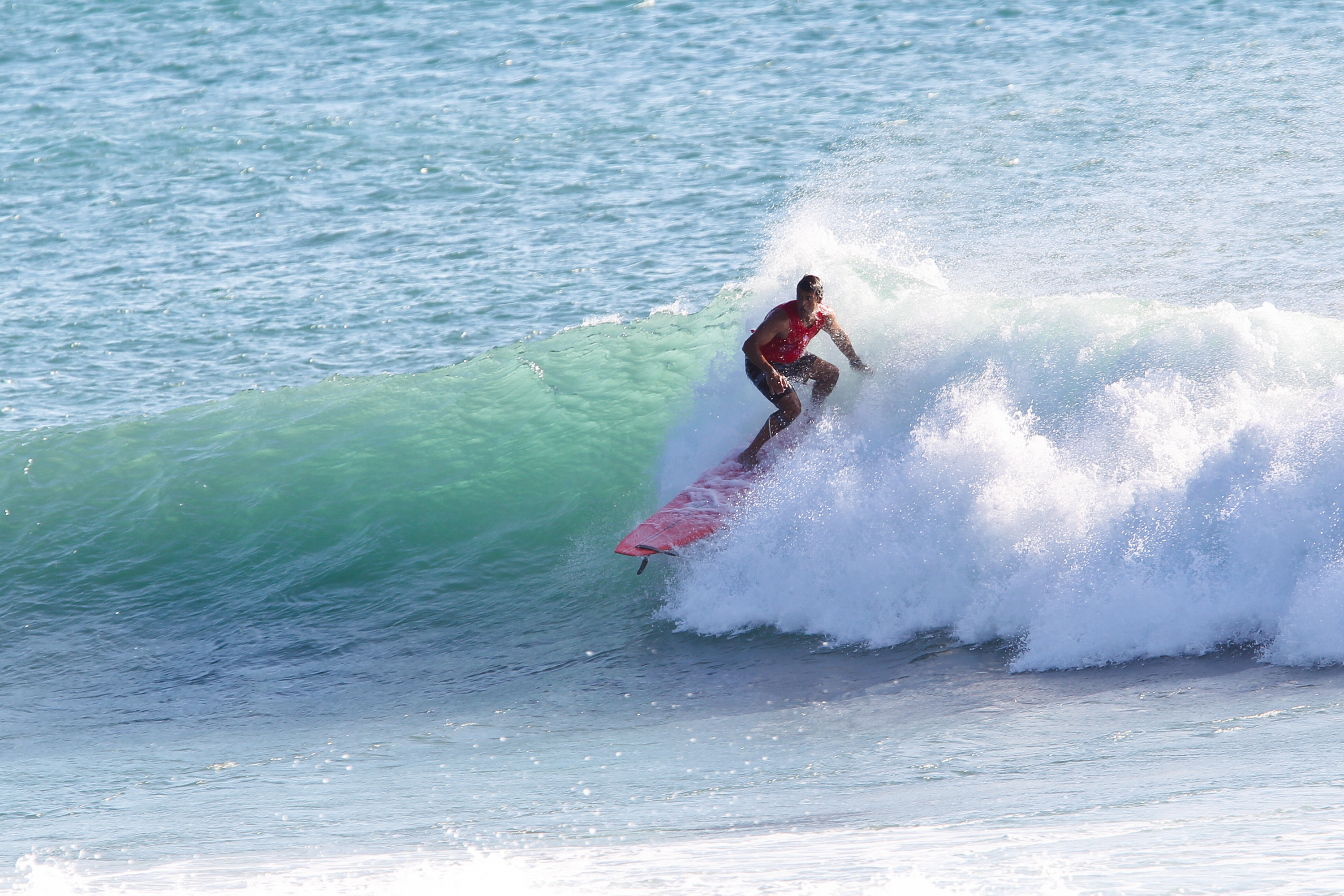 Coming into the event Taylor Jensen (USA) was the clear favourite to win his third World Title after victory at the Kumul PNG LCT event earlier this year. In Quarterfinal 2 Jensen had the tough assignment of taking on reigning World Champion Phil Rajzman (BRA) in a battle of the powerhouses. The two surfed very different heats with Rajzman keeping busy on the rights while Jensen was on the lefts taking his time to get started. Unfortunately for Jensen he failed to find a rhythm and was taken down by the Brazilian who won with heat total of 13.84 (out of a possible 20).

“The waves are amazing – it just keeps on pumping here,” Razjman said. “Taylor is a great friend of mine so coming up against him is tough when he is in the Title race and I am not. I am not in a position to win the World Title but I want to do my best at every event I go in and if that means beating people who are going for a title then so be it.”

In an ironic twist, Rajzman, who is not a chance at winning the world title, is one of Jensen’s only hopes. If Phil wins, Jensen holds onto top spot on the rankings and leaves Taiwan as World Champion.  If  Edouard Delpero (FRA), Cole Robbins (USA) or Harley Ingleby (AUS) win the event, it will go down to a surf-off between them and Jensen.

One competitor who kept their title hopes alive was Frenchman Edouard Delpero (FRA) who took down Hawaii’s Kai Sallas (HAW). Sallas, who was coming second on the rankings was a standout all event fell short of a win over Delpero who has won in Taiwan as a Qualifying event last year.

“Last year was great training for me here so I’m super comfortable,” Delpero said. “I haven’t considered the chance of a World Title and am still only focused on winning this event. If anything else comes from it that will be amazing but for now it’s all about winning the event.”

Quarterfinal 4 was a battle between Australia’s Harley Ingleby (AUS) and Antoine Delpero (FRA) from France. The two-time world champion Ingleby came hard out of the gates to take a solid lead early with a heat total of 15.77. Delpero chased well but in the windy conditions was unable to take the lead.

“That was really tough out there in the wind,” Ingleby said. “It’s really opened up now with Antoine, Taylor and Kai dropping out of the event which certainly makes things exciting. There’s still heats to surf so I don’t want to get to far ahead of myself and just focus on my semifinal for now.”

The 2017 Taiwan Open World Longboard Championship runs from November 23 - December 3, 2017. Tune in tomorrow as we move closer to crowning a Men's Champion for 2017.