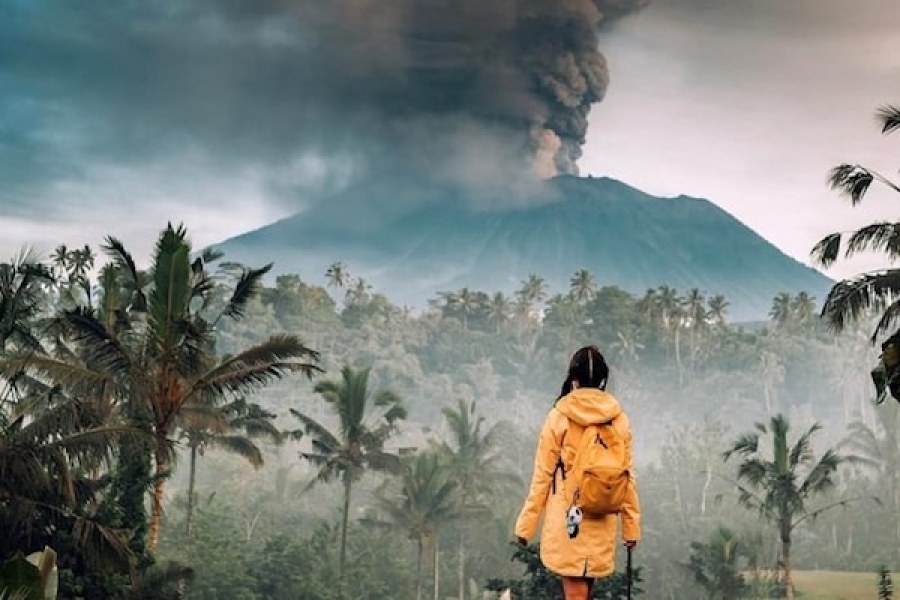 Authorities decided to reopen Bali's I Gusti Ngurah Rai International Airport on Wednesday (29/11) afternoon after a series of observations, according to the the country's air navigation agency.

I Gusti Ngurah Rai Airport suspended operations on Monday due to the spread of volcanic ash from Mount Agung, located around 70 kilometers away in eastern Bali.
"According to our meeting, observing data and information from BMGK [Meteorology, Climatology and Geophysical Agency],  Sigmet [significant meteorological information], state-owned airport operator Angkasa Pura I, and Airnav records, we decided that I Ngurah Rai Airport would return to normal operations on Wednesday, Nov. 29, at 3 p.m. local time," Airnav operation director Wisnu Darjono said in a statement.

Earlier on Wednesday, the volcanology unit at the Ministry of Energy and Mineral Resources lowered the alert level of Mt. Agung to orange, one level below the highest emergency status.

MEANWHILE WHEN THE AIRPORT WAS CLOSED - THE UNIQUE BALI HOSPITALITY:

Tourism Ministry Crisis Center, also known as Bali Tourism Hospitality (BTH) has prepared small buses that can accommodate 12 people each to return to the hotel from Ngurah Rai International Airport when this was closed.

Hotels in Bali are also offering free stay for one night and 50 percent discount for the next day for tourists whose flights have been canceled or for those who wish to extend their stay.

The airport's closure caused cancellations of hundreds of flights to and from Bali on domestic and international routes.
More than 9,000 foreign visitors were stranded on the resort island since the volcano began continuously erupting over the weekend.