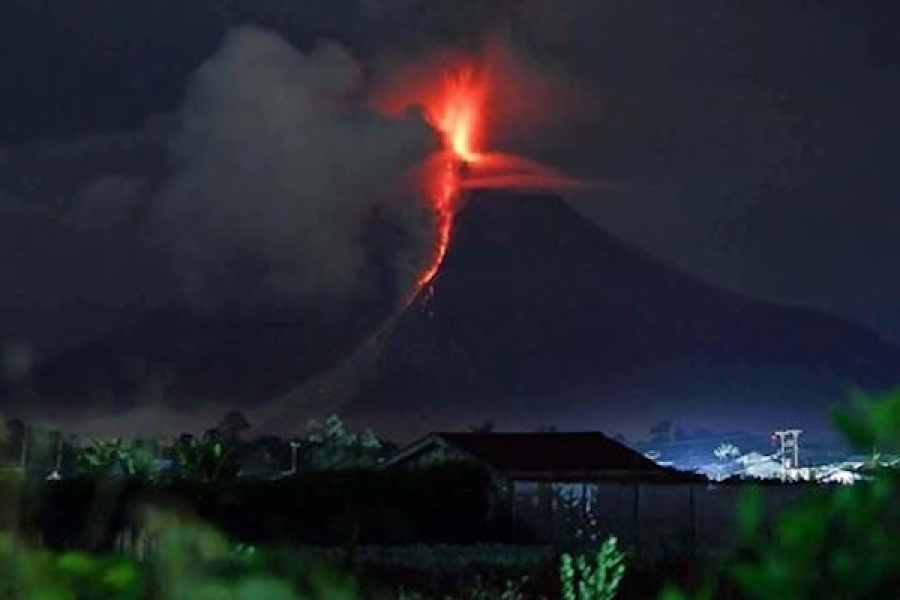 The lava started welling up in the crater Pepen Hendrix Intagram

Lava flows from Bali's erupting volcano Mount Agung as 60,000 tourists are stranded and 150,000 people are urged to evacuate - and experts warn the worst is yet to come...

"Mount Agung has been hurling clouds of white and dark gray ash about 3,000 meters (9,800 feet) into the atmosphere since the weekend and lava is welling up in the crater.
Indonesian authorities raised their warning for the volcano to the top level four alert, and told residents around the mountain to immediately evacuate, warning of an "imminent" risk of a larger eruption. Indonesia has extended the closure of Bali's airport for another 24 hours, until at least 7am local time on Wednesday.

Up to 150,000 people have been urged to evacuate areas within a 10 kilometre radius of Bali's Mount Agung as authorities fear its lava could reach 22 surrounding communities. A danger zone was expanded Monday morning amid issuing of the volcano's highest alert, with heavy rain sending ash and magma towards nearby villages.
As authorities attempt to urge people to evacuate, only 40,000 have chosen to leave with many 'feeling safe' or staying to protect livestock, Bloomberg reports. Almost 60,000 travelers were left stranded after 445 flights were cancelled, most left waiting 24 hours to see if Denpasar Airport will reopen. Authorities imposed a 10km exclusion zone around the volcano which has been hurling ash thousands of metres into the atmosphere since the weekend."