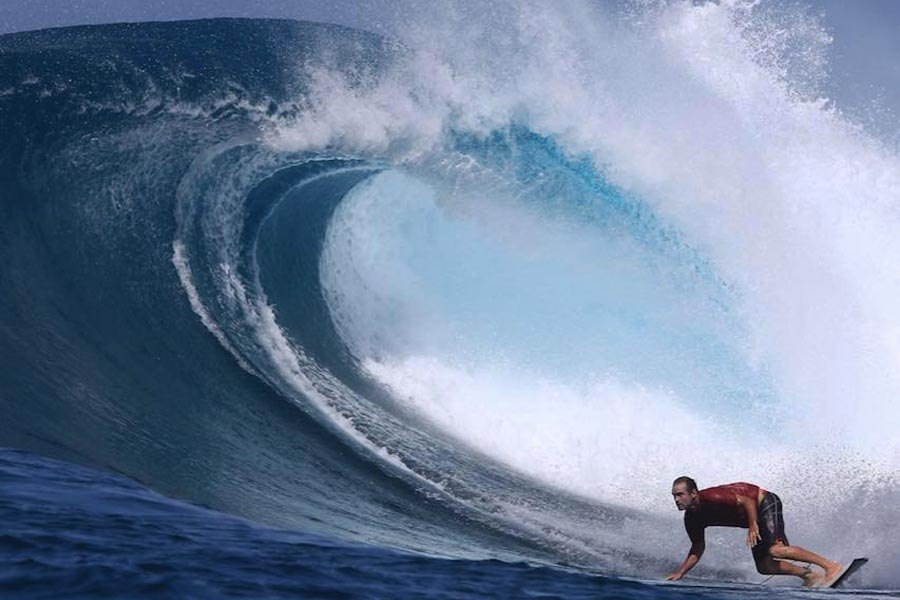 This is a story about a man that was arrested without any clear reason. Because of an incident that happened more than 2 years ago

This is the case of Jordan Heuer. This American, that lives for 17 years in Indonesia, is the father of two girls, and has recently been arrested after receiving a notification to appear at a local police station in Padang - Indonesia. The reason for the notification apparently relates to an incident with another surfer during a free surf session in May 2015!


The Rifles spot (Mentawai) was where it all happened. Heuer has avoided / blocked the other surfer's attack with his surfboard, giving a response with some repetitive punches on the opponent's face. Result? A black eye and an ugly blow to the brow.

According to Jordan Heuer version, in May 2015, Jordan was attacked after an accidental drop-in at Rifles. The other surfer then threatened to cut him up with a machete, and then burn down Kandui Villas, before trying to jab Jordan with his surfboard one more time. After simply blocking the attempted blow from the other man's surfboard with his right arm, and in an effort to defend himself from the aggressive attack, he counter-striked with a few punches that resulted in the other man merely having a black eye and a small cut below the eye. The other man went hiking the very next day, and then returned to the island to go diving and surfing after that. .... Yet now, Jordan is being accused of attacking the other man. The charges are very different to what truly happened, and what was resolved at the time, and this could unjustly put him - an innocent man - in prison for a very long time.

Jordan has never been arrested for a crime in his life. Even in this situation, the police never arrested him for this fight - yet now, 2.5 years after it took place, with no paperwork and charges having ever been filed for it - he was suddenly sent a summons to meet with the prosecutors to "talk to them". When he arrived, he was immediately taken straight to prison, and was refused all formal requests to not be taken to prison.

Jordan needs all the help he can get. Jordan, who is divorced, regularly hosts guests pro bono to help spread the joy of surfing and is not a man who lives for material possessions. Everything else he has and does, he gives for his two young daughters, Kia and Kana - two beautiful, strong, intelligent and amazing young women who are a credit to him and how he has raised them.

Check Jordan surfing in the video below: