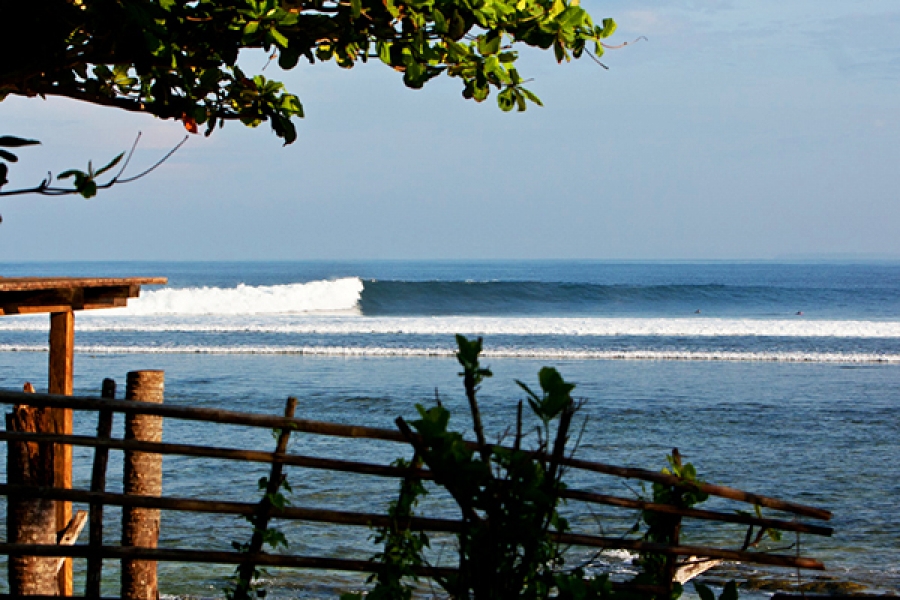 The World Surf League (WSL) today announced the relaunching of the WSL Japan region as WSL Asia, with headquarters remaining in Japan....

...but expanding the region’s purview to include China, Indonesia, the Maldives, the Philippines, South Korea, India, Taiwan, Vietnam and Sri Lanka.

“As WSL continues to develop and promote the Asia Region, it became abundantly clear that we needed to support all the surfers in the region to ensure they have every opportunity to advance their career paths,” said Graham Stapelberg, WSL EVP/General Manager Tours. “Under the new structure all surfers in the region have an opportunity to become Regional Champion and earn important seeding to launch their careers on the Qualifying Series.”

A considerable evolution for the sport in developing and enhancing new talent from the region, the inaugural event of the WSL Asia region will be the Krui Pro 2017 in Indonesia. A men’s and women’s WSL Qualifying Series (QS) 1,000 event, the Krui Pro 2017 will be held in the wave-rich West Coast of South Sumatra from April 15 - 20 at a lefthander known locally as Ujung Bocur.

Arguably the most consistent and varied wave in the area, Ujung Bocur can hold massive swells as well as offer up a competitor's dream mix of barrels, steep walls, and air sections in small and medium conditions. The Krui Pro will be the first time ever that a professional international surfing competition has been held in the area.

“This is an historic occasion and an incredible opening competition for WSL Asia,” said Steve Robertson, WSL Asia Regional Events Manager. “The event epitomises what WSL Asia is all about - great waves, great destinations and rapidly developing professional surfers from throughout this region. We will dual sanction with the Australia/Oceania region and the field will be incredible. I’m super excited to see Indonesian, Japanese, Taiwanese, Filipino and Chinese surfers represent the Asia region and look forward to working with other countries in the region and integrating them into the tour.”

Regent Agus Istiqlal of the West Coast Regency of South Sumatra is sponsoring the competition and states, “As the regent of this area I’m very proud that we can host the Krui Pro international surfing competition this April, and we are ready to welcome the surfers from all over the world. On behalf of our community here, I want to thank the WSL and its surfers in advance for coming, and we await your arrival with excitement.”

“I’m stoked to be going to Krui for my first contest of the year,” said Dede Suryana from Indonesia, last year’s Asia Surfing Circuit (ASC) champion. “The waves there are amazing, and that left is so fun and really long, a lot like Uluwatu in fact. I was there at Ujung Bocur two years ago and got barreled a lot on that wave, so really glad to go there now for a contest, especially for a QS. Having a QS in a place like Krui will be a great opportunity to how much potential the place and all of Indonesia has for surfing and surfing contests.”

“This is our first year of being part of WSL Asia and working together with WSL International, so it’s very exciting,” said ASC’s Tipi Jabrik. “Our goal is to do events more economically using the resources that we have been developing as the ASC, and this will allow our region to continue to grow stronger and provide greater benefits to our Asian surfers. Thanks to the government of Krui especially Regent Agus Istiqlal and the Minister of Tourism Mr. Aodi Marpi for making this event happen, and for all you surfers, this wave at Ujung Bocur is a super consistent and quality lefthander, a perfect set up and a great place for a contest, so I know you’re gonna love it!”