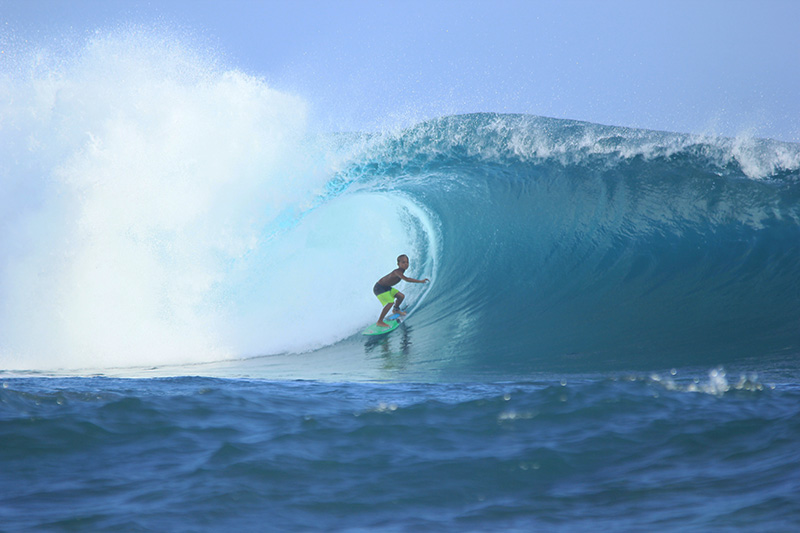 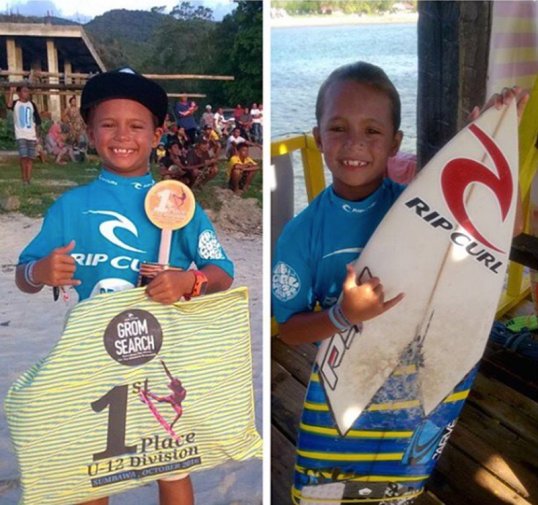 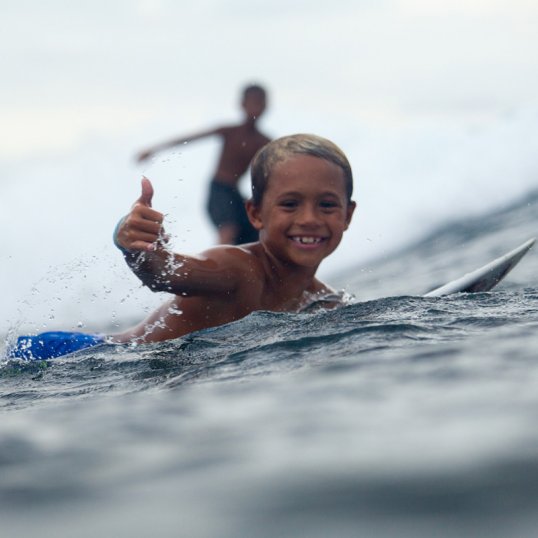 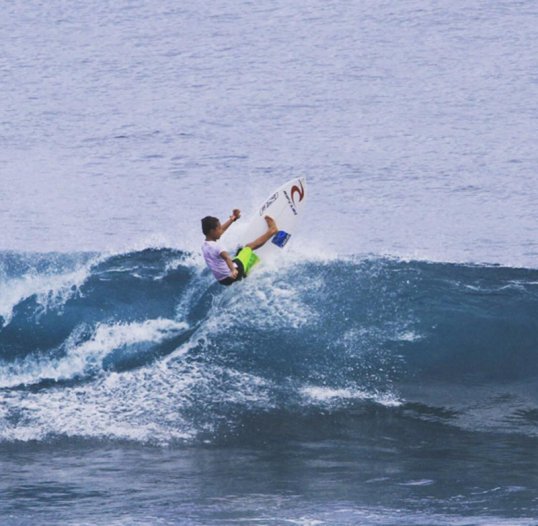 Surfing since the age of 3, The goofy footer from Sumbawa has his eyes on becoming a Pro

Westen Hirst, at only 8 years of age is already placing himself in the line-up to the very top!

Last but not least - Winning 1st place in the 2016 Gromsearch Competition at Lakey Peak, Sumbawa, in the Under 12 division.

It doesn’t end there, surfing since the age of 3, The goofy footer from Sumbawa has his eyes on becoming a Pro, “I want to surf like John John and Gabby, and become a pro and have lots of fun with my friends, I’m still very young!”

Indeed he’s right, he is very young, with a bright future in surfing ahead of him. For Certain we will be seeing him carve and snap his way to the top. Following the footsteps of his Favorite surfers - Oney Anwar & Owen Wright - he will no doubt become one of the most skilled surfers in the world.

The 8 year old Grommet doesn’t only spend his time Ripping in the water. He also enjoys playing Football with his friends, going Fishing, Skateboarding and playing some PS3.