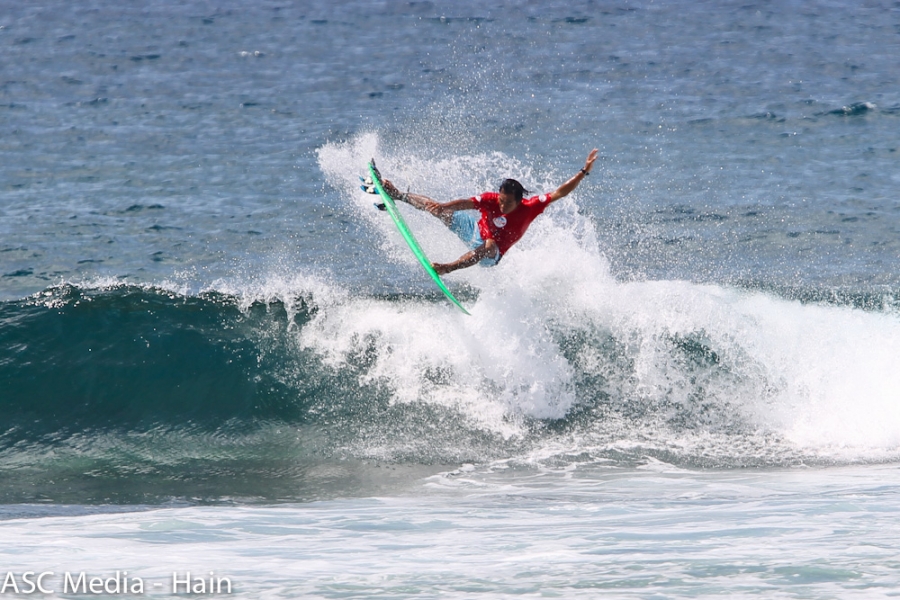 The final heat of Round 1 of the Men’s Division concluded just on sunset on the first day of the Rote Open 2016 presented by Billabong...

...with the Philippines Philmar Alipayo adeptly handling the tricky conditions to continue his race for the ASC title.  He is currently in second place by just a slim margin behind West Java’s Dede Suryana.

“I’ve never been here before so didn’t know what to expect,” said Alipayo, who is from Siargao Island in the Philippines and his home break is Cloud 9.  “I didn’t really know where to line up and it was starting to get sunset when I paddled out, but I managed to make a few turns and get enough points to win the heat.  I’ve seen some photos of this place and really hope it gets bigger tomorrow so I can experience the real Boa waves.”

In the first heat of Round 1 earlier in the morning, Suryana posted the second highest single wave score of the day, 7.5 points (out of a possible 10 points) for a well executed air reverse to win his heat and take the championship race on to another round. 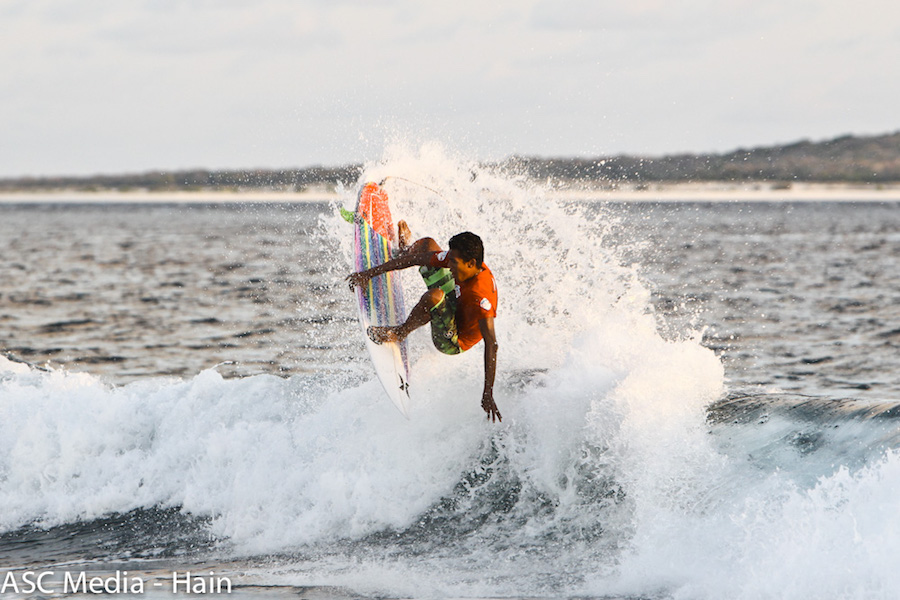 It was Bali’s Garut Widiarta who posted the highest single wave score of 8.0 for a backside aerial and the highest combined heat score of the day of 14.50 out of a possible 20 points.  Widiarta is a Rote Open winner from the 2010 event so is glad to be back on the island and moving on to Round 2.
“I’m stoked to get through my heat today for sure,” said Widiarta.  “It was really slow at the start with small waves and as a goofyfooter it was hard to get much going on.  But then about halfway through the heat some good ones came through and luckily I was able to post some scores.  I was almost late for my heat this morning because I was busy fishing…this place is paradise for fishing and when I’m not surfing I will be fishing!” he explained.

Last year’s Rote Open champion Raditya Rondi from Bali, who was also the 2015 ASC Champion, also won his Round 1 heat to advance into Round 2.

The Women’s division saw first action this morning at 8:30 am, with a Round 1 non-elimination round for the 6 women competitors.

In Heat 1 it was 2015 ASC Women’s Champion and Rote Open 2015 winner Rina Kitazawa from Japan winning her heat to advance into the semifinals, leaving Kailani Johnson and Diah Rahaya Dewi to fight it out tomorrow in Round 2 for a semifinal berth. 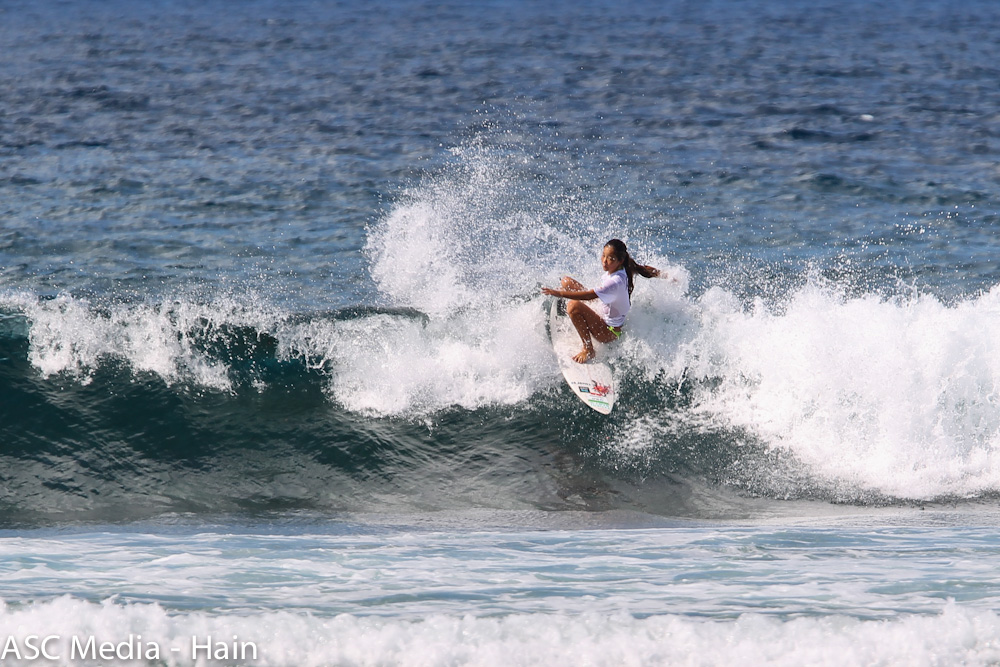 In Heat 2 it was the Philippines Nilbie Blancada from Siargao Island coming from behind to take the heat win over Cinta Hansel and Pua Johnson.  “I was so nervous in the heat,” said Blancada.  “I couldn’t find any good waves and Cinta was in the lead, so even though I knew I wouldn’t be out of the competition if I lost the heat, I still wanted to get some good waves.  I was out here at 5 am this morning and there were some clean head high waves, so I know how good it can be, so I want to surf as much as possible and win this competition,” she added.

Tomorrow’s call is for all remaining surfers to be standing by at Boa Beach at 6:00 am, prepared for a 6:30 am start.

Contest Director and ASC President Tipi Jabrik explained his decision to start the event in the smallish and tricky waves, saying “We really had to get some heats run today as we only have 3 days to run the event, and with the conflicting swell forecasts we’re seeing we can’t take any chances.  The guys like Dede, Garut, and found some good waves and posted some good scores, so I think it was the right call.  Hopefully we’ll get some bigger and cleaner surf during the next two days so we can really show off the quality waves that we know Boa Beach can produce.”

After a mid day low tide break, the official opening ceremony took place poolside with Panji Adhikumoro Soeharto, the President Director of the Boa Beach Resort & Villas, and the Regent of Rote Lens Hanning welcoming the surfers and thanking everyone for their support of the event.