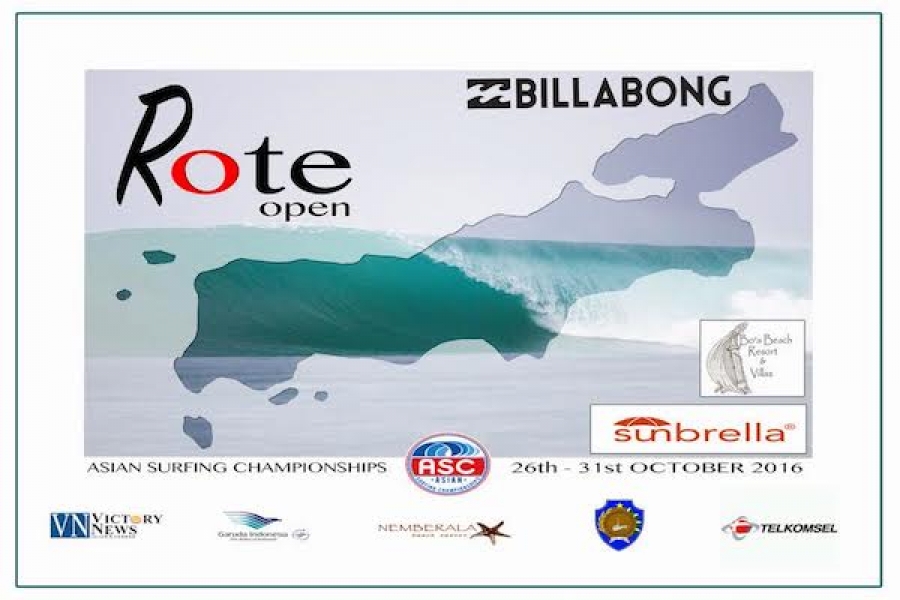 The Asian Surfing Championships announced the Rote Open 2016 International Surfing Competition presented by Billabong, which will take place from the 26th to the 30th of October at the world class righthander of Bo’a Beach on the island of Rote.

The Rote Open 2016 is back again this year as an ASC Grade 2 Men’s event and Grade 1 Women’s event with a total prize purse of Rp 100 million (approximately $7,700 USD) up for grabs between the two divisions, with the Men’s winner taking home Rp 20 million and the Women’s winner Rp 10 million along with valuable ASC championship points.

Current rankings leader Dede Suryana from West Java, who placed equal third last year at the Rote Open, is being chased by the Philippines Philmar Alipayo in the race towards the 2016 ASC Men’s Championship, and Rote Open 2015 winner Raditya Rondi from Kuta is always a threat in any competition, all of whom are signed up and ready to head to Rote on October 26th, so it is sure to be one of the most exciting contests of the year.  This will be the second to the last event on the ASC tour in 2016, as the final event will take place in Taiwan, and the title race is very tight.

Last year’s Rote Open Women’s Division winner Rina Kitazawa has already booked her ticket to Rote and will be trying to win her second ASC event in a row after winning the Hello Pacitan event in August.  Kitazawa is currently sitting in 4th place in the 2016 Women’s rankings, so she is looking to add another win and get closer to the number one spot with this event, but she will be up against current rankings leader Kailani Johnson from Bali and her sister Pua who is in second spot.

Number 3 ranked Nilbie Blancada from Cloud 9 in the Philippines will be coming as well, so expect to see the best ASC Women’s division surfing you’ve ever seen at this event.

The competition will begin on the 27th and run through the 30th, and the organizers have developed travel and accommodations packages that will depart from Bali on the 26th via Kupang and arrival in Rote the same day.  Departure from Rote will be on the 31st, and depending upon the fast ferry schedule either arrive in Bali on the 31st or overnight in Kupang and arrive in Bali on 1 November. 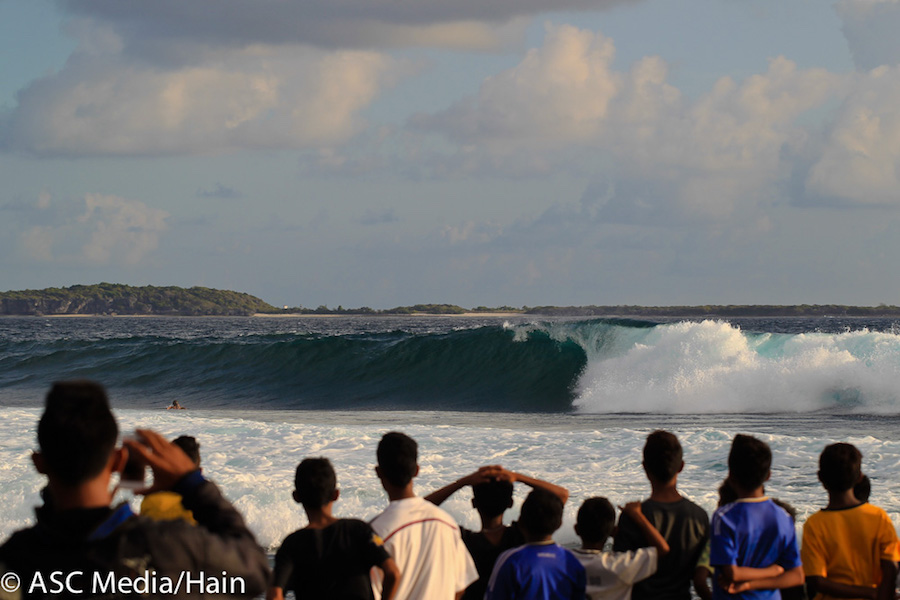 *The powerfull wave of Boha

Mr. Yanto Kore Mega as the organizer of the Rote Open, is very pleased to be putting on the event again this year, saying, “We are really excited to have the continued sponsorship from Sunbrella and to have the iconic surf brand Billabong on board for this year’s event.  The 2016 Rote Open will be the perfect showcase to tell the world about Rote Island and all it beauty, as well as to host the ASC surfers and offer them great waves for the competition.”

Panji Adhikumoro Soeharto, who is the President Director of the Boa Beach Resort & Villas, the host of the event, stated, “After last year’s event, everyone was very excited to get to work on organizing the 2016 event and to make it bigger and better.  We think we have accomplished that with increased sponsorship and larger prize money, and we look forward to again hosting Asia’s best surfers.”

Billabong’s Chris Slattery is excited to again be part of the Rote Open, after having been an event sponsor back in 2011.  “Billabong is excited to again be partnering with the ASC on the Rote Open,” said Slattery.  “After a couple years of our successful Grommet Attack series, it was an easy decision to step up and be part of an Open event and see our team riders like Raditya Rondi, Mega Artana, and Cinta Hansel get the chance to chase more ASC points,” he added.  Raditya

Rondi was last year’s ASC Men’s Champion but currently sitting in 4th place in this rankings, so he’s looking to win this event and increase his chances for another championship run.


*To register for the Rote Open 2016 presented by Billabong, email to Toto Andika at This email address is being protected from spambots. You need JavaScript enabled to view it.

*Inquiries on the Travel and Accommodation packages (open from 12 October)  contact Diah at This email address is being protected from spambots. You need JavaScript enabled to view it.