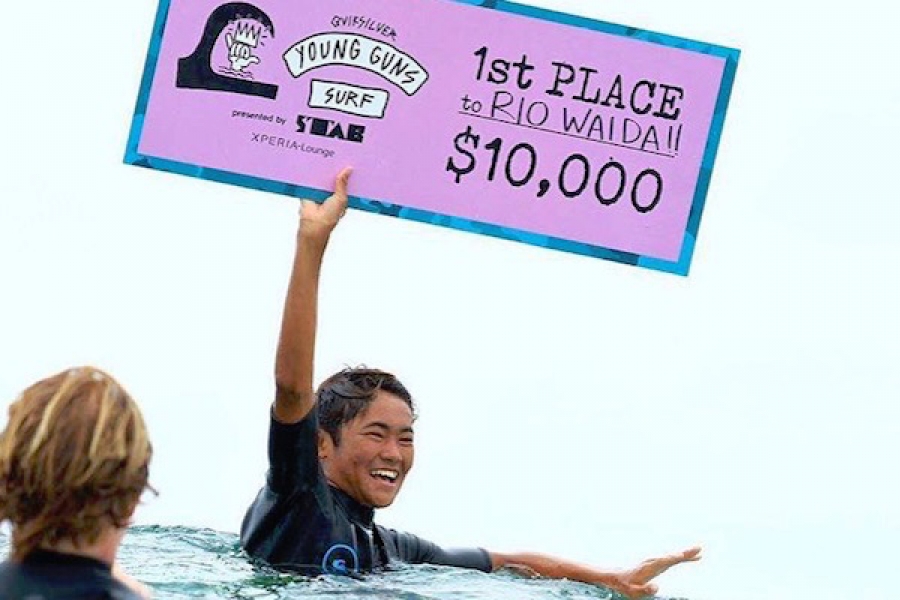 Rio Waida passport to the next level

Young Guns Contest is a unique event promoted by Quiksiver. The event is based on a competition with the 18 "best surfers" (under 16 years of age) from around the world.

Young guns this year had nine finalists, in the last part of the competition, that were taken to a secret location where they had three days of surfing, competitivety, professional development. With a $ 10,000 prize money, the nine finalists struggled to demonstrate that they were the best among the best.

The nine finalists were:

Before this final, the competition concept had five stages. The first phase of Instagram Challenge beginning on 3-31 May 2016, then Instagram Challenge Winners were announced on June 6, 2016. After the third stage of the Clips Production that starts in the period 7 to June 30, and then voting Period on 5-15 July 2016 that ultimately resulted in 9 favorite finalists.

In the edition of 2016, and after 3 days of amazing surf, Rio WAIDA conquer the victory.

In his Social Media accounts Rio Said: "Okay guys, this is my best result I have ever had! it was amazing to have @marco_mignot @samuel_pupo and @sandonsurf in the final heat! Firstly thank to everyone who voted for me in round 2! Big big thanks to @quiksilver for putting this event on and to @mikeywright1 @haynsupahman @floresjeremy for judging the event. Shout out to the boys who chaired me up @kaelwalsh @kyussking @barronmamiya lastly thanks to @samueltgriffiths for looking after me on this trip! Photo by @ryanheywood"