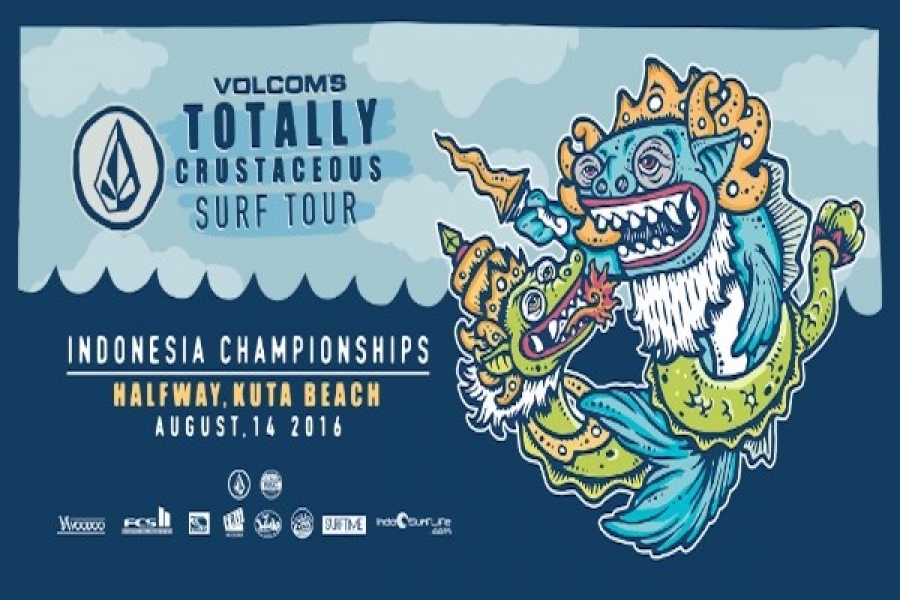 After phenomenal Geckofish and Flying Fish events earlier this year that smashed participation records to bits, 132 and 145 competitors respectively, it’s now down to the top 56 competitors in four divisions that will be battling it in the Volcom's Totally Crustaceous Tour Indonesian Finals at Halfway Kuta Beach on August 14th, 2016. A total prize purse of Rp. 35 million is on offer with additional prizes at stake from Voodoo surfboards, FCS products, FRII Hotel vouchers, Carve sunglasses, Sunny Daze sunblock and Bali Wacks wax.

Bali’s best Under 21, Under 16, and Under 13 boys, and Under 20 year old girl surfers will be showing off their best performances on Sunday starting at 7 A.M. sharp. Also part of the day will be fun games, loads of giveaways and the iconic Volcom Stone coconuts, together with BBQ hamburgers and hotdogs. So don’t miss out!

This year the Asian Surfing Championships has sanctioned the Junior Under 16 Division, so these groms will get points in the ASC Junior Division towards their 2016 ASC Junior Championship goals.  An ASC judge will officiate and the ASC computerized judging system will be utilized in all divisions, helping to prepare these groms for competing in future professional surfing events. 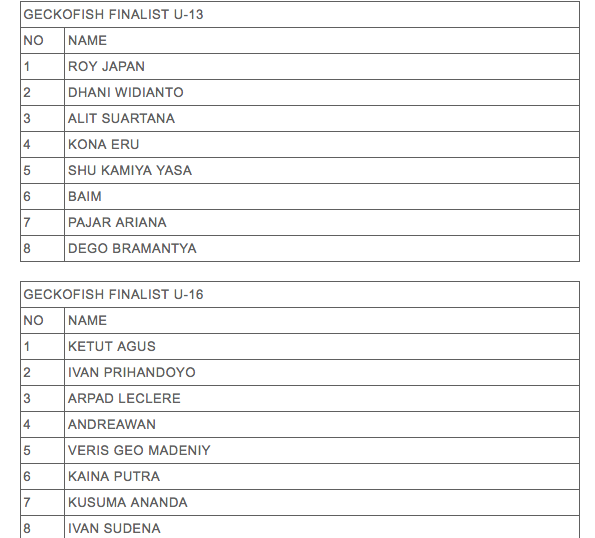 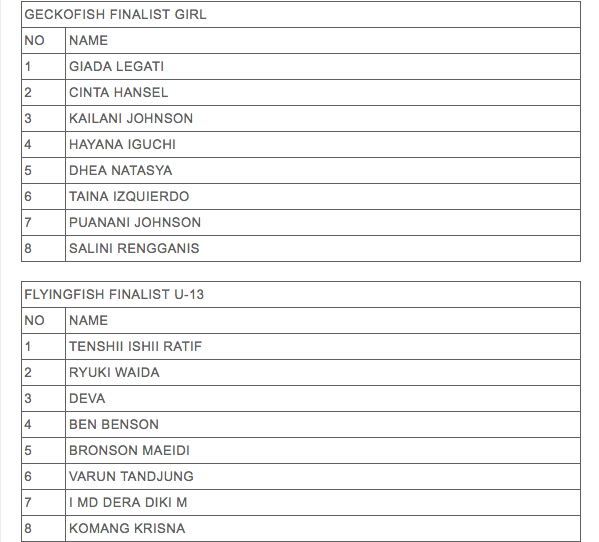 Anterior SURF IS OFFICIALLY IN THE OLYMPICS, TOKIO 2020 Próxima RIO WAIDA HAD AN EXTRAORDINARY WINNING ON THE PRESTIGIOUS QUIKSILVER YOUNG GUNS 2016