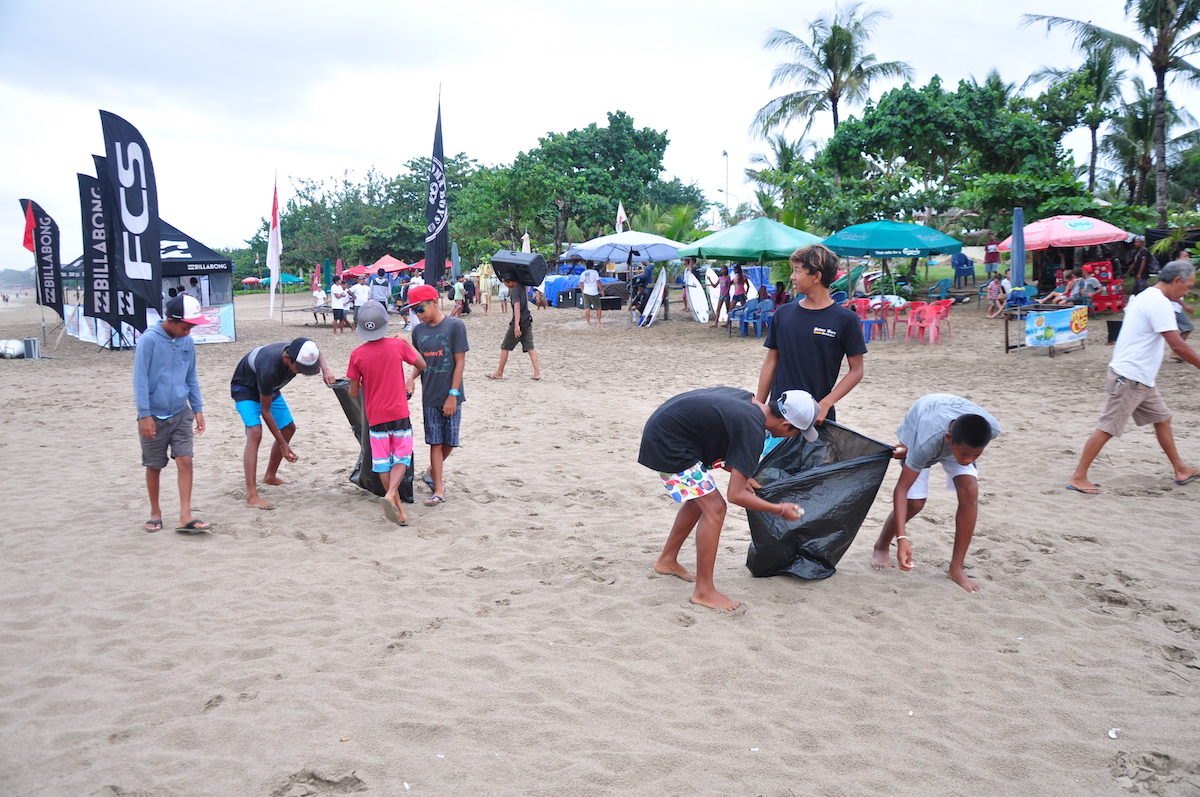 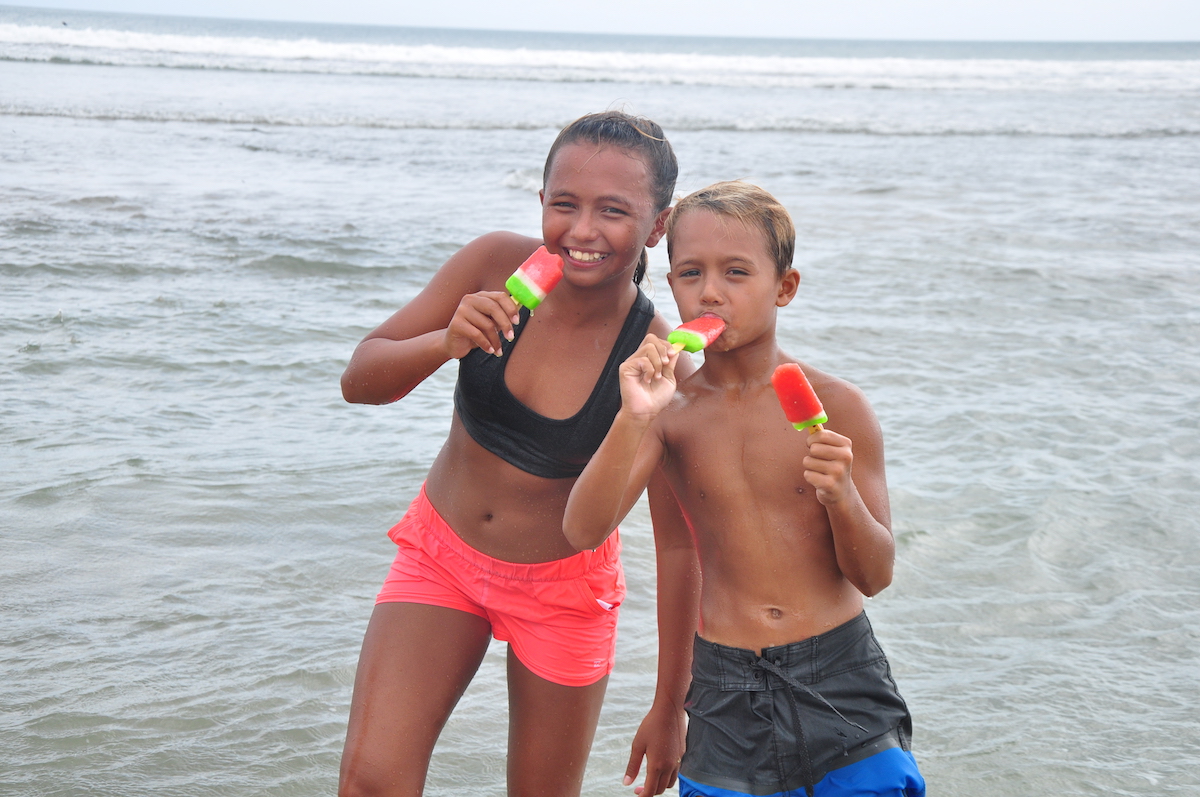 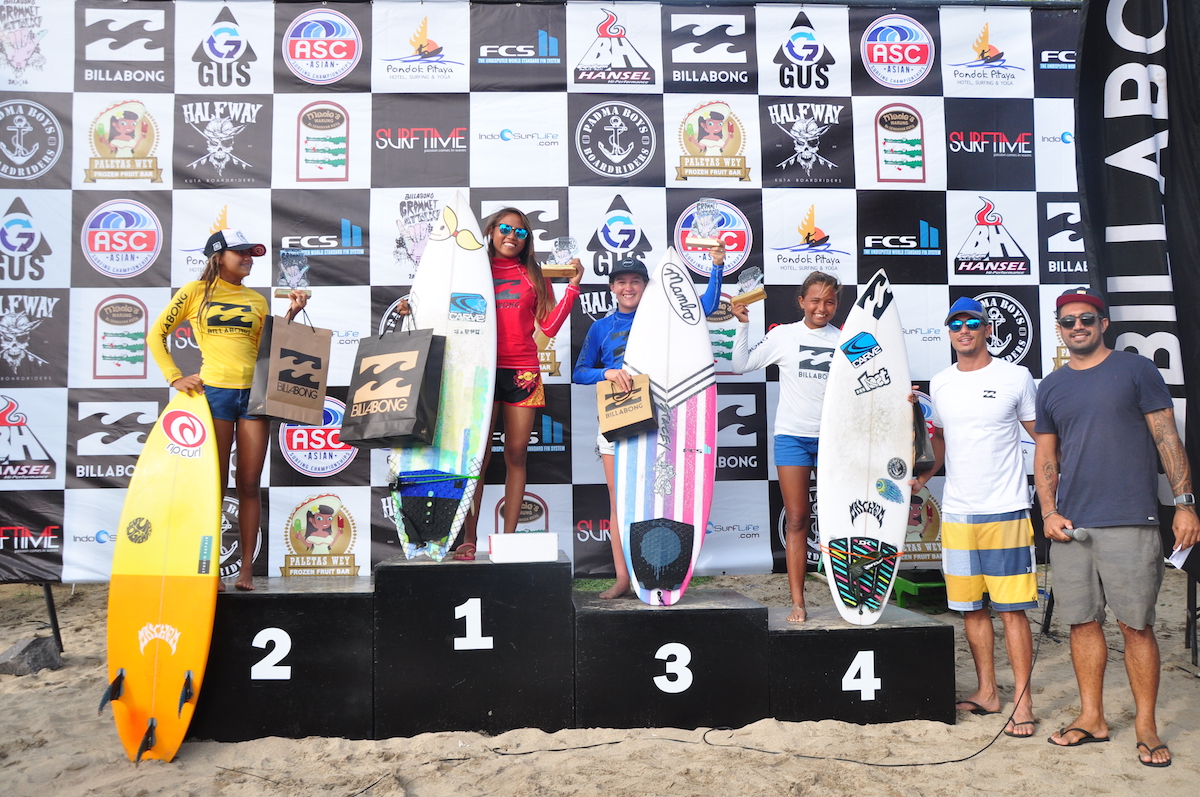 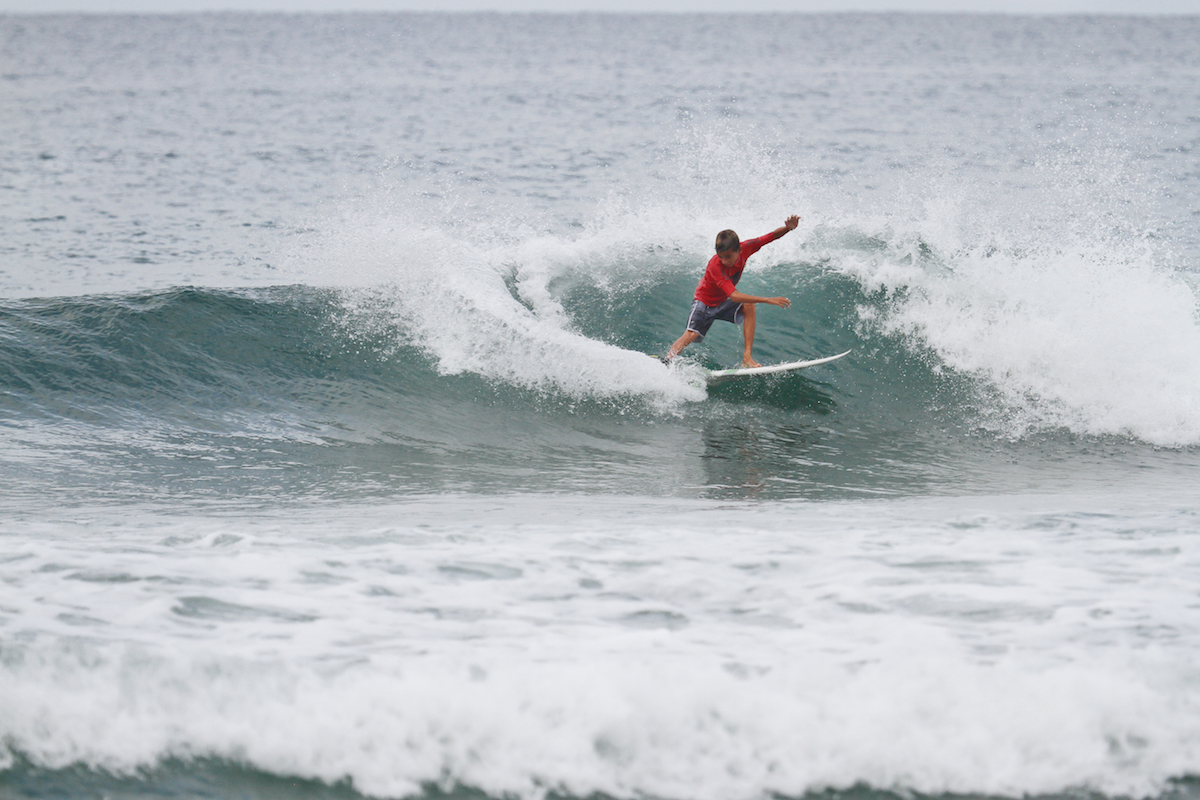 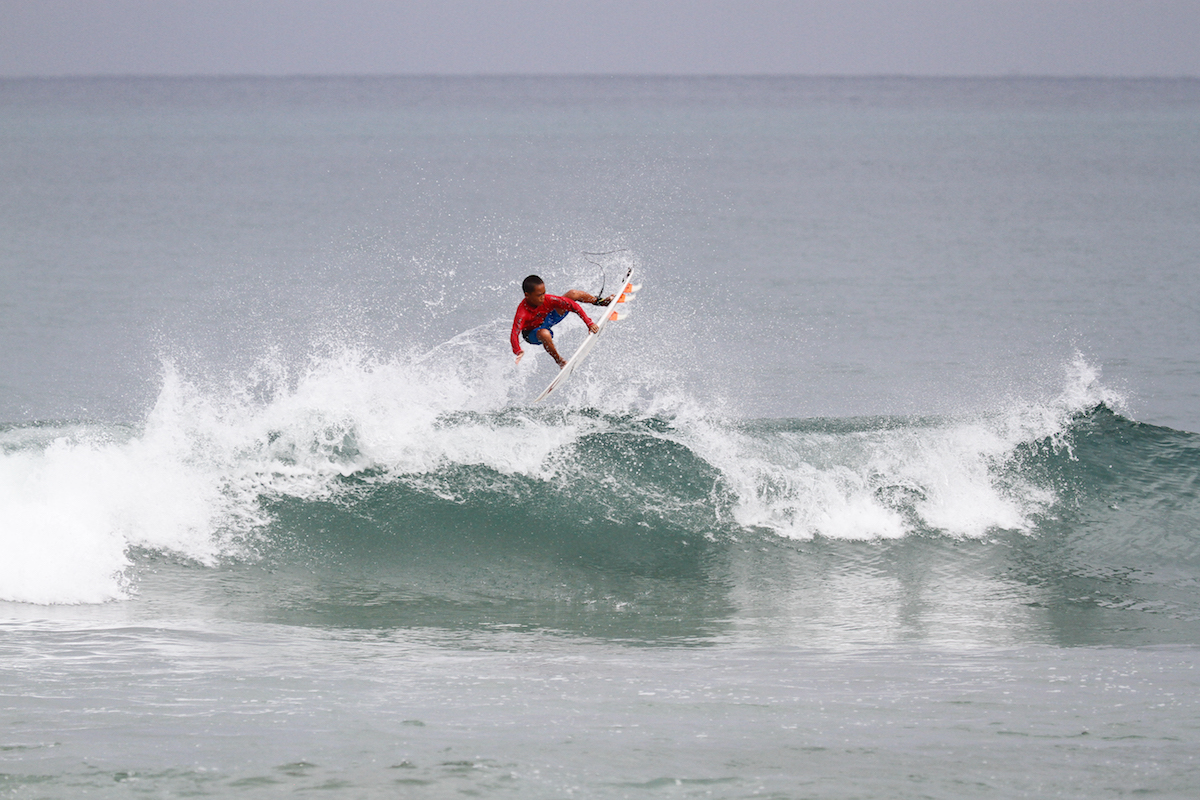 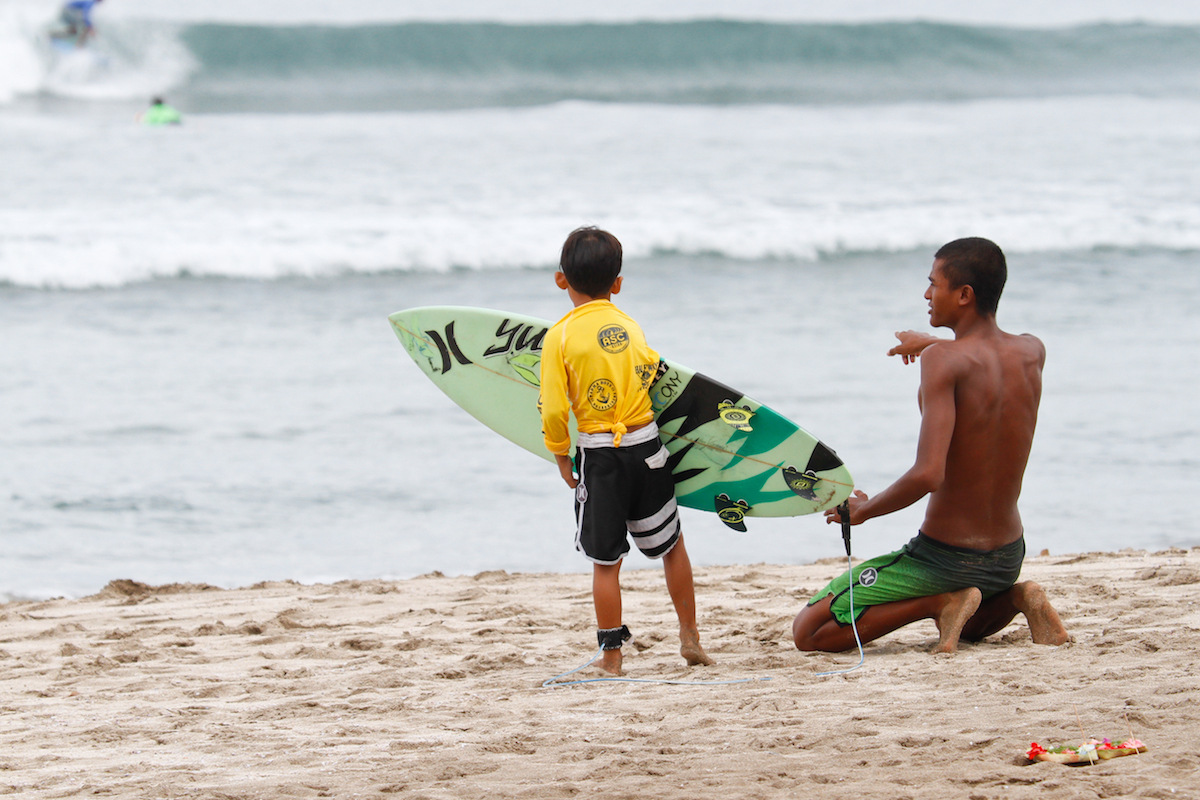 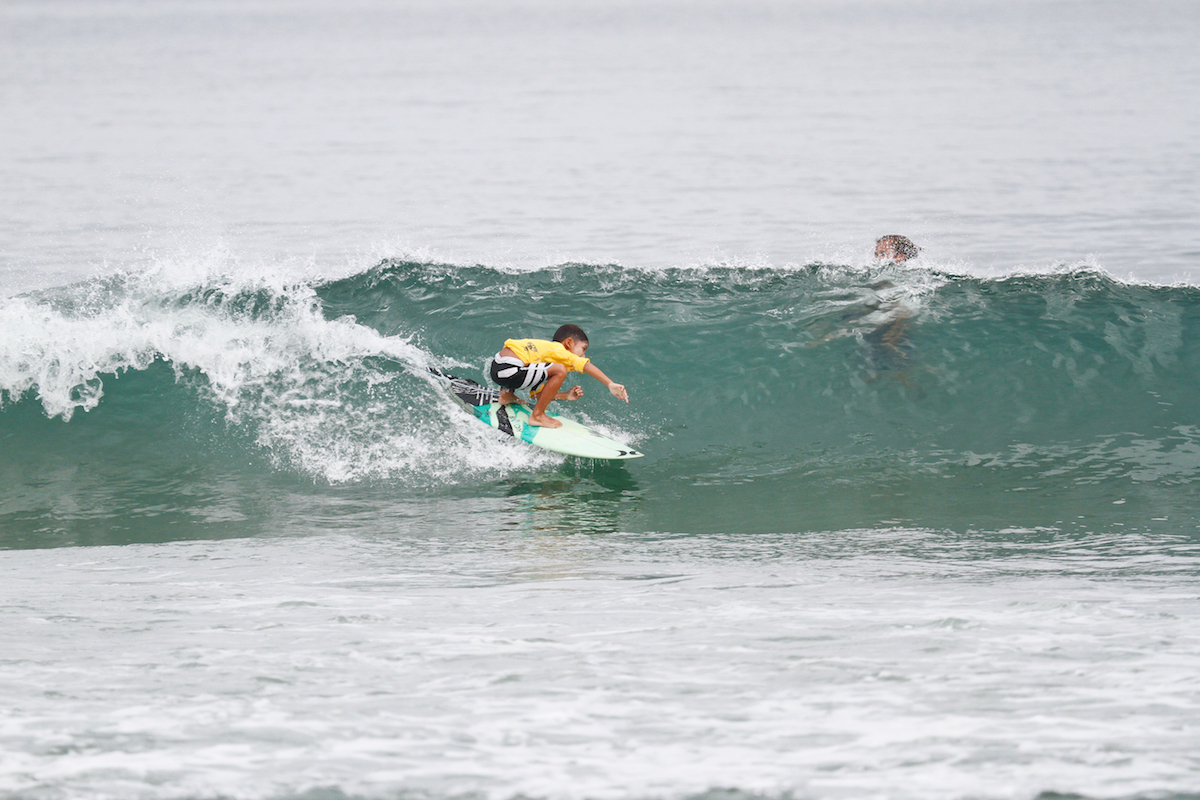 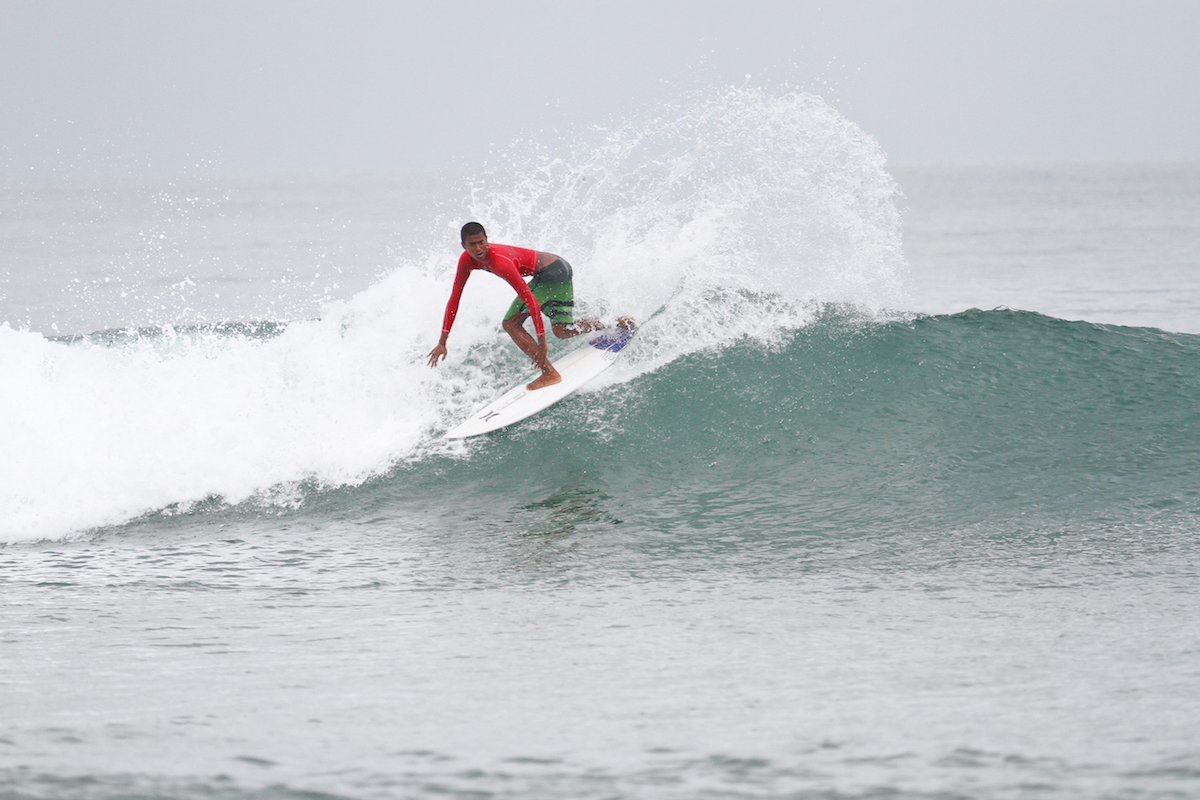 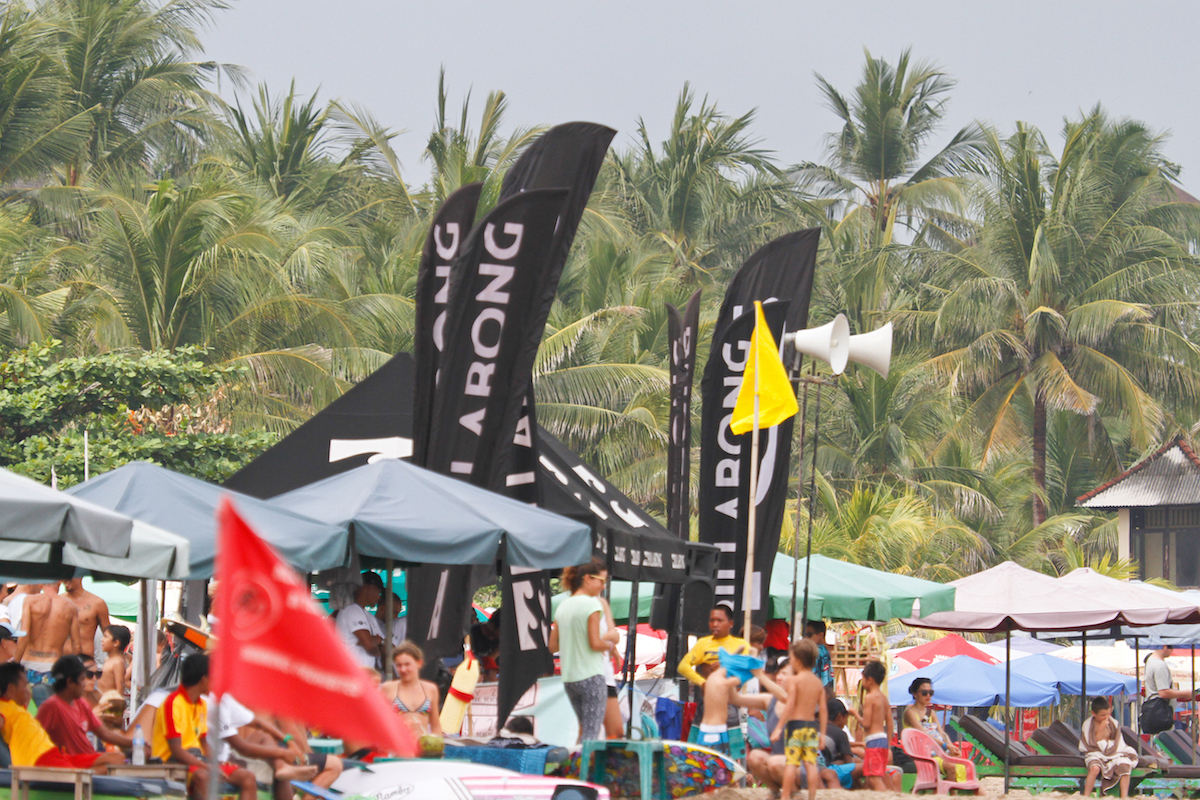 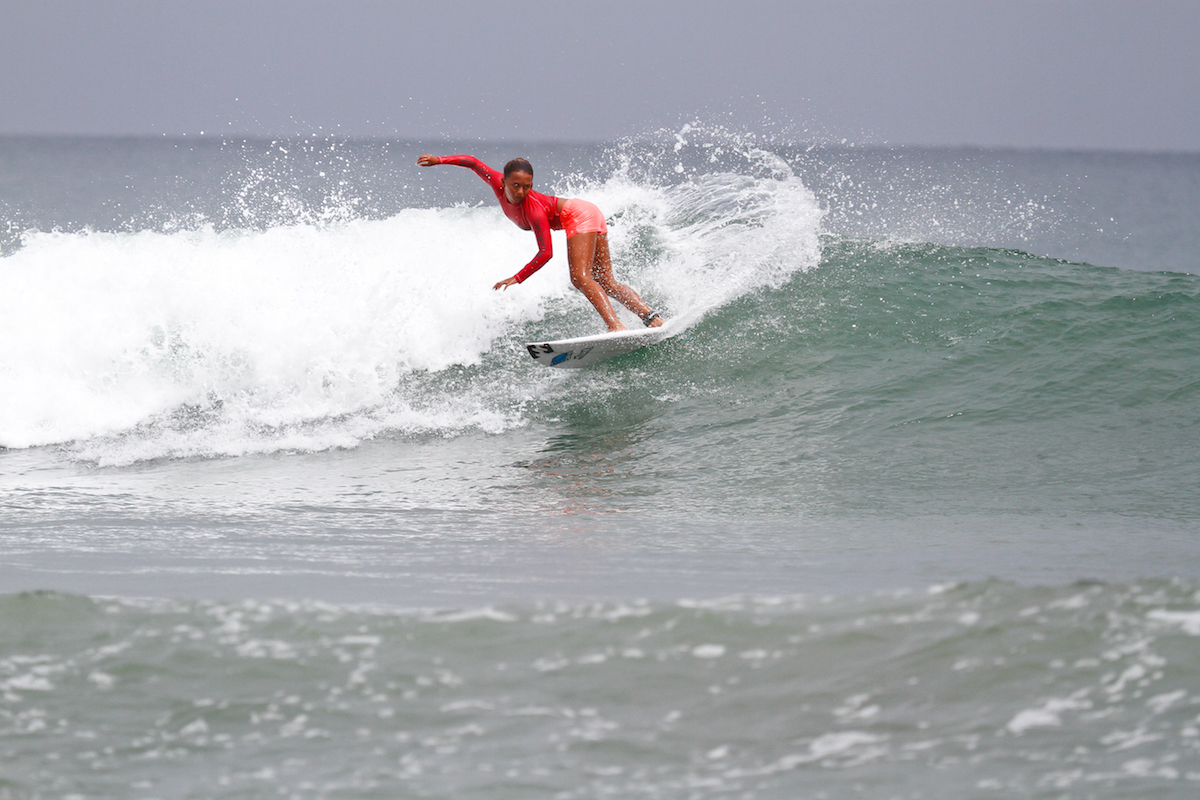 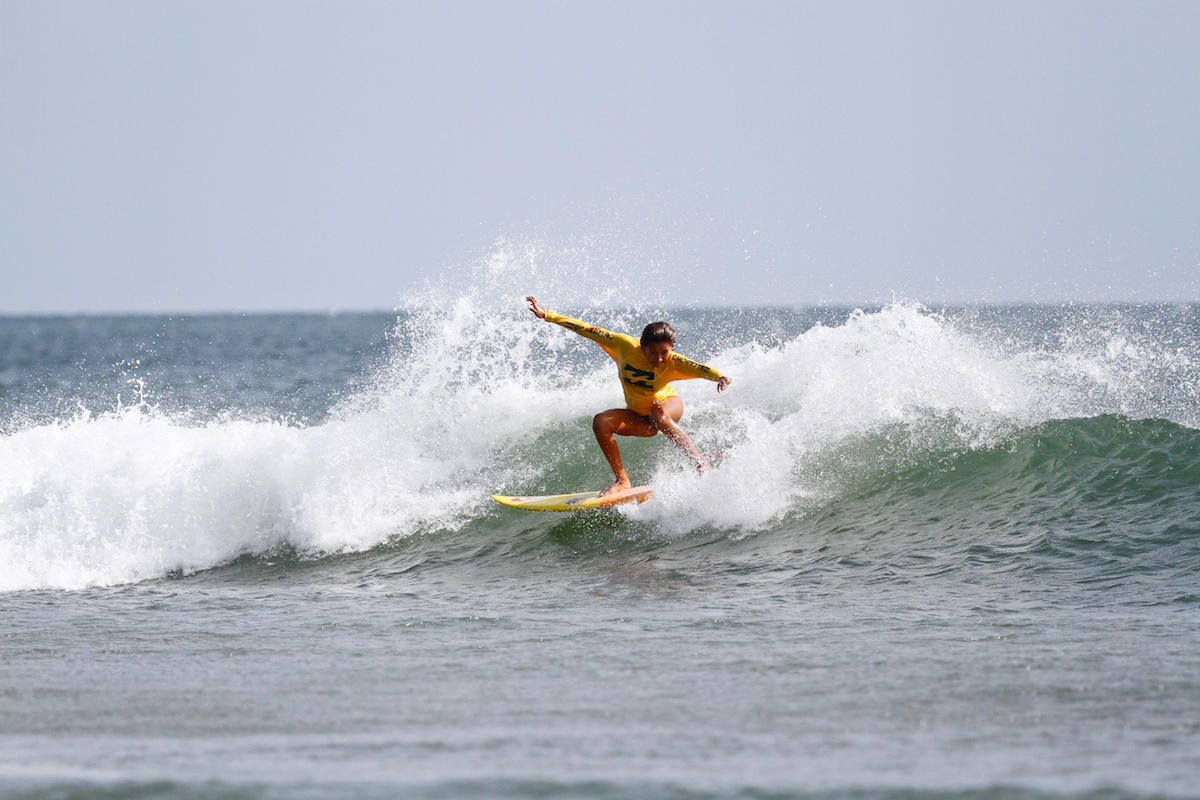 The second leg of the Billabong Grommet Attack Series 2016 kicked o a day early on Saturday, 16 July 2016 due to a huge swell forecasted for Sunday.

A gloomy morning greeted the hundreds of Groms who were ready to get on the water and charge. The action got underway at 8.00 am with the Push-In division showing some brave sur ng especially from Nathan Bontje, Made Balon, Kai Raymond and Sinar Tanjung, who were really going for the win. The highly competitive U/14s division also showcased some great sur ng with everyone pushing their limits and giving the spectators a glimpse into the future of sur ng in Indonesia. Bronson Meidy was on re and sur ng way above his age.

The contest continued to run smoothly despite heavy rain at times, and the sun nally came out as the U/16 Girls were taking over the waves. Dhea Natasya, Cinta Hansel, Taina Izquerdo and Lily Macdonald were all in outstand- ing form, with Dhea Natasya securing the win with a 8.20 in the nals.

The crowd had all gathered for the U/16s Boys nal and everyone was in a good mood due to the beautiful condi- tions. The Prince of Padma, Raju Sena, pleased the crowd with his usual amazing air shows and power hacks, while Arpad and Ivan Prihandoyo also delivered strong performances on the waves. However, Ketut Agus proved to be too strong and nished the day on 15.80 points to clinch rst place.

The last stop on the Billabong Grommet Attack will see the event move to Halfway Kuta Beach on 28 August 2016, and we look forward to seeing everyone there for another day of spectacular performances!