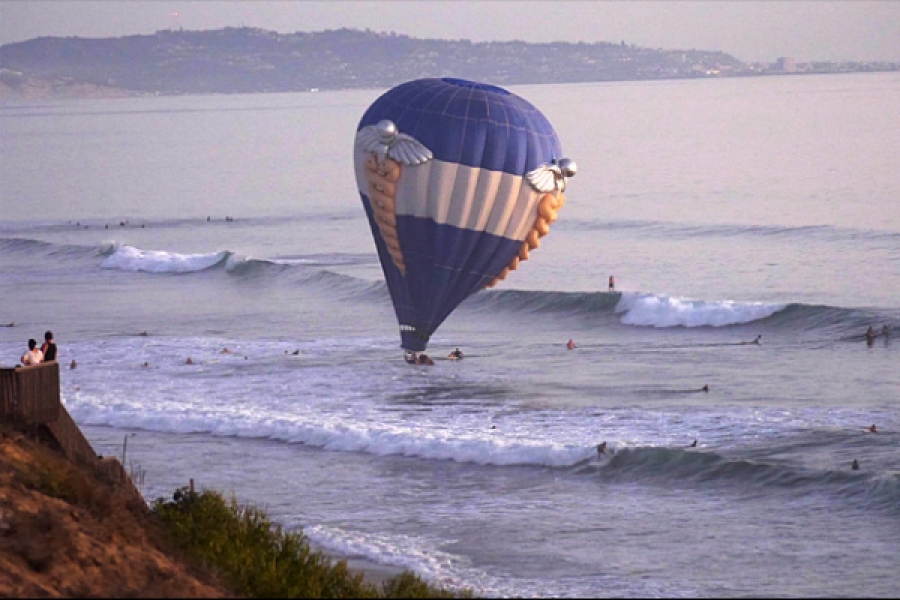 Luckily some surfers were there to land a helping hand…

Eric Barretto set up what would become an unforgettable marriage proposal, on board of a hot air balloon. But he had no idea how memorable it would be.

It all happened on a beach north of San Diego, California, last sunday, when hundreds of witnesses saw a balloon heading straight to the sea. By that time Eric and the pilot decided to threw a line to the water below and some surfers helped pull the balloon back to shore.

"It's unforgettable. That's all I can say," Barretto said. "I don't know if we'll do it again."

The pilot, who identified himself as Tim with Panda Air Bear Balloon Flights, said that as the winds pushed the balloon to the west, he thought the best thing to do was get to the water and have the onshore winds help push the balloon back to shore.

The balloon basket landed in the surf and took in several waves, according to Encinitas Marine Safety Capt. Larry Giles.

"Between the lifeguards and the bystanders in the water, the surfers here at Cardiff reef, everyone did a great job and they got the balloon back up onto the beach without injury," Giles said.


Now there's a good bedtime story for their children one day...