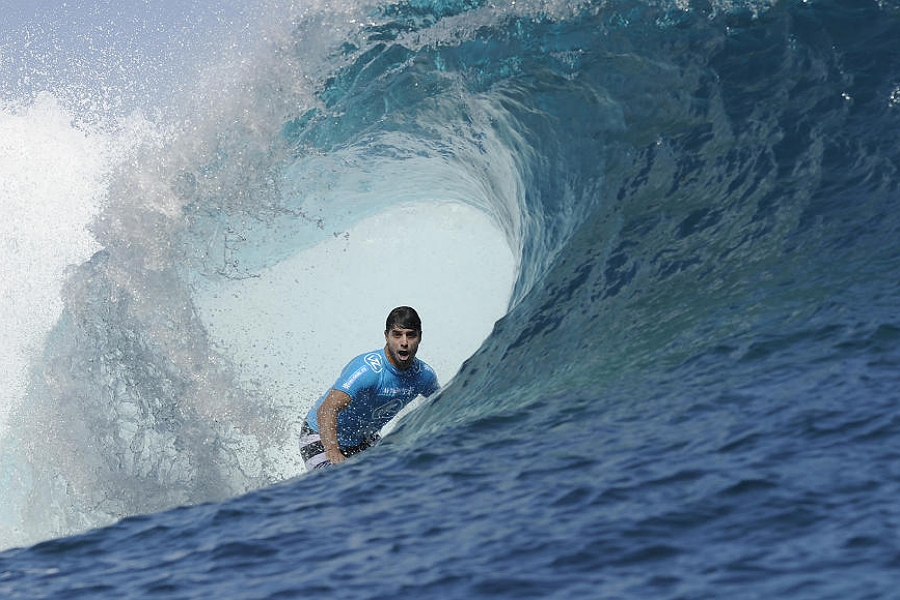 As the world’s best surfers prepare to compete at the Billabong Pro Tahiti, a crop of the best of the rest will battle for the two remaining spots in the event at the Air Tahiti Nui Billabong Pro Trials August 9 - 12. The surfers will face off in the best possible conditions for a chance compete against the Top 34 at the ASP World Championship Tour event, which runs August 15 - 26.

Ricardo dos Santos (BRA) won the trials in both 2011 and 2012 had an impressive run at at the Billabong Pro Tahiti in 2012, finishing equal 5th place after losing to Fanning in the Quarterfinals. While Fanning won the event that year, Dos Santos did some damage in the draw, eliminating Slater and Taj Burrow (AUS) with some impressive tube riding.

“It’s always a pleasure to surf with only a couple guys out at Chopes,” said Dos Santos. “It feels amazing to have the opportunity of choosing the best wave of the set and just go for it.

"Teahupo'o puts you in your place. That wave never lets you feel 100 percent comfortable, that’s why it is the best feeling ever when you make the barrel. My last wave against Kelly [Slater] gave me the best feeling of my life. I knew that I got the score, and I could feel that the ocean chose me in that moment.”