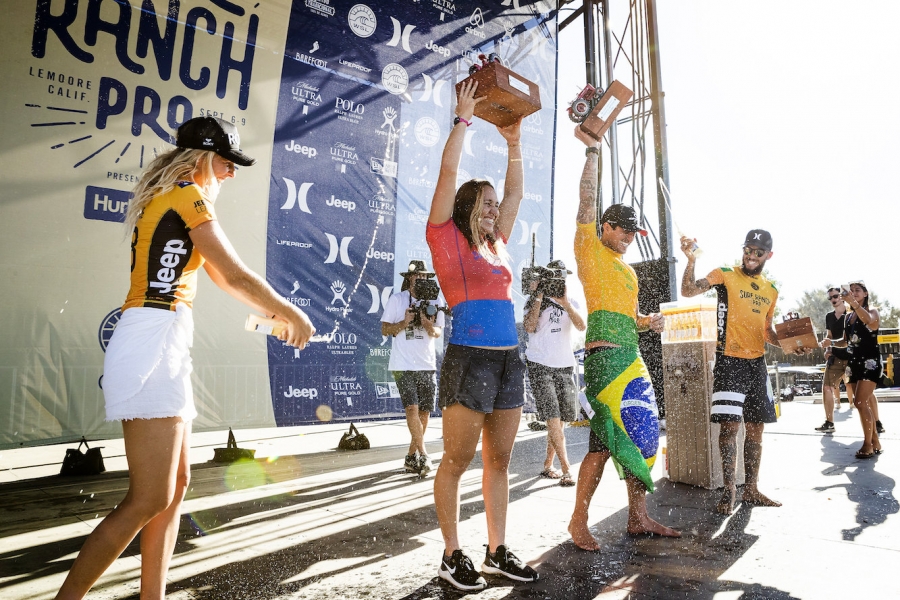 Today’s victory is the first of the season for Moore and her first on the CT since the Roxy Pro France last year. The win sees the three-time WSL Champion take home 10,000 points and move up one place to World No. 4 on the Jeep Leaderboard with two events remaining in the women’s CT season. 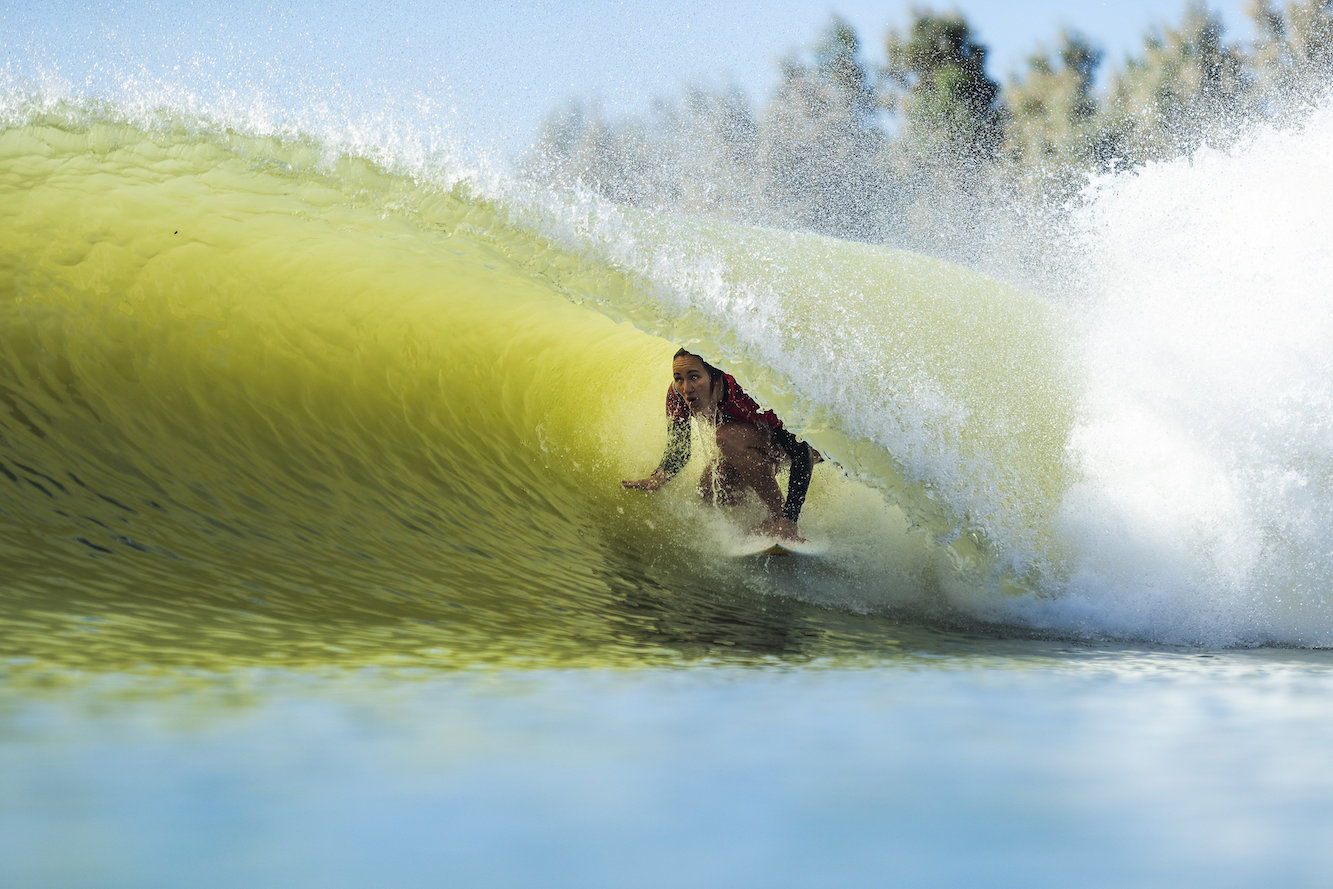 “I’m ecstatic to walk away with a win at the Surf Ranch Pro and this facility is such a new thing, so it’s such an honor to be a part of. It’s been a crazy year so far and we have two more events, and I’m just super stoked. My biggest goal is just to finish the year off strong and re-qualify because I’m not in the Title race. I just want to have a strong performance and gain some confidence hopefully for next year.”

The surfer from Hawaii dominated the Final Day from the start and posted two excellent scores on her first run to claim first place. Moore went on to improve her total with an incredible second run where she earned two excellent scores and a 17.80 total (out of a possible 20). It was Moore’s decimating forehand that proved to be the dominant factor for the win.

Medina takes home his second CT win of 2018 with victory at the Surf Ranch Pro, now earning back-to-back wins against the world’s best. The 2014 WSL Champion narrowed the gap between him and Jeep Rankings Leader Filipe Toledo (BRA) with his 11th career CT win.

“It was amazing to win again, especially here at the Surf Ranch, and it feels good to get a little closer to Filipe (Toledo),” Medina said. “Filipe is so dangerous, he’s probably the best at the Surf Ranch, so it’s special to win. There are no words. I am so happy right now. I surfed the way I wanted to. It’s totally different from surfing in the ocean, but I’ll take it! It’s the most high-performance wave I think we’ve ever surfed and it’s good to feel we are on level ground with the other guys. There are three more events so they should be fun ones.” 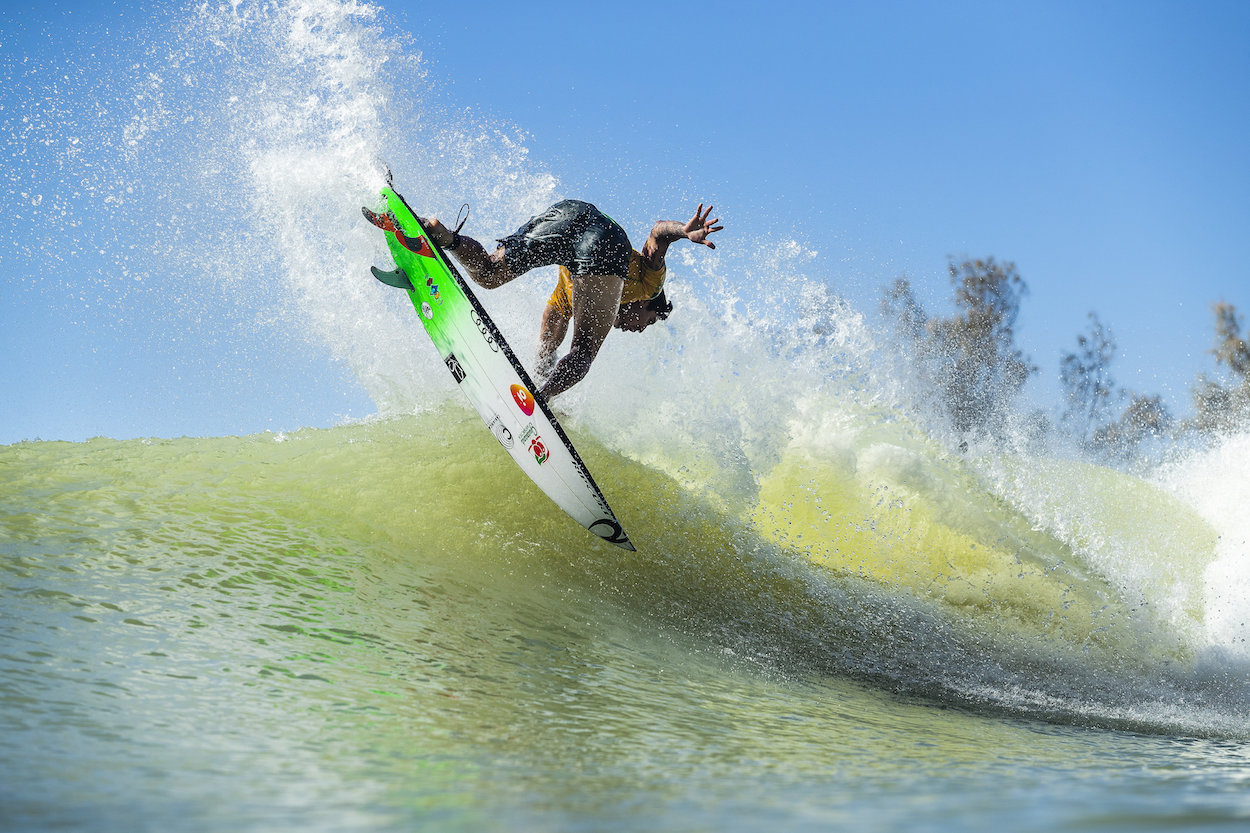 Medina’s win today looked to be in jeopardy after an uncharacteristic fall on his opening left, but he was quick to bounce back and posted an excellent 8.73 on the right run. Medina then went on to take advantage of the makeup left granted to competitors due to the infrequency of wave quality and soared his signature, ending air maneuver to earn a near-perfect 9.13.

Six-time WSL Champion Stephanie Gilmore (AUS)could not quite put her dream run together on Finals Day, but still finished in second place. The Australian’s brilliant performance on her last run earned her an 8.87 (right) that moved her up to second place over World Title contender Lakey Peterson (USA)and 16-year-old rookie Caroline Marks (USA), who both failed to improve their scorelines. Gilmore will retain the yellow Jeep Leader Jersey and has increased her lead over Peterson heading into the Roxy Pro France.

“You just have to take a few deep breaths and just focus on what you can do,” Gilmore said. “It was a stressful moment and I just had to make a right. I haven’t made one all today and I didn’t think it would beat the 9. It’s nice to hold onto the lead. Lakey (Peterson) is fighting super hard. She’s a tough competitor, all of them are. But, now we’ll head to France and see what happens there.”

Toledo continues to be one of Surf Ranch’s most dynamic performers and one of the sport’s greatest showman. The current World No. 1 showcased his incredible aerial antics once more, landing three airs on the wave that earned him an all but perfect 9.80 (out of a possible 10). Now, the Brasilian heads into a crucial European leg with Medina only 3,100 points behind him.

“I feel great. I made a few mistakes throughout the whole event and I could have done better on the left and be in first right now,” Toledo said. “But, I’m really happy to be a part of it. This is a new era of surfing and I have to thank all the fans for coming out here. It’s always scary to compete against these guys. They’re in the Top 5 for a reason, but I’m just trying to concentrate on myself and do my job and make sure I stay really far away from them.”

The Surf Ranch Pro provided the first artificial wave to host World Title implications since 1985 and both the men and women’s Word Title races heated up in Lemoore this past weekend. While the Toledo’s impressive lead has been cut in half by Medina’s impeccable performance, Gilmore created an even greater deficit between her and Peterson.

“I’m stoked to get the opportunity and I sort of felt like I did enough, but I can only control what I can control,” Peterson said. “Congrats to Carissa (Moore), and I’m looking forward to France, but just disappointed I didn’t get the score in the end. I want to grow from it, get better, and learn from it and make myself a better surfer.”