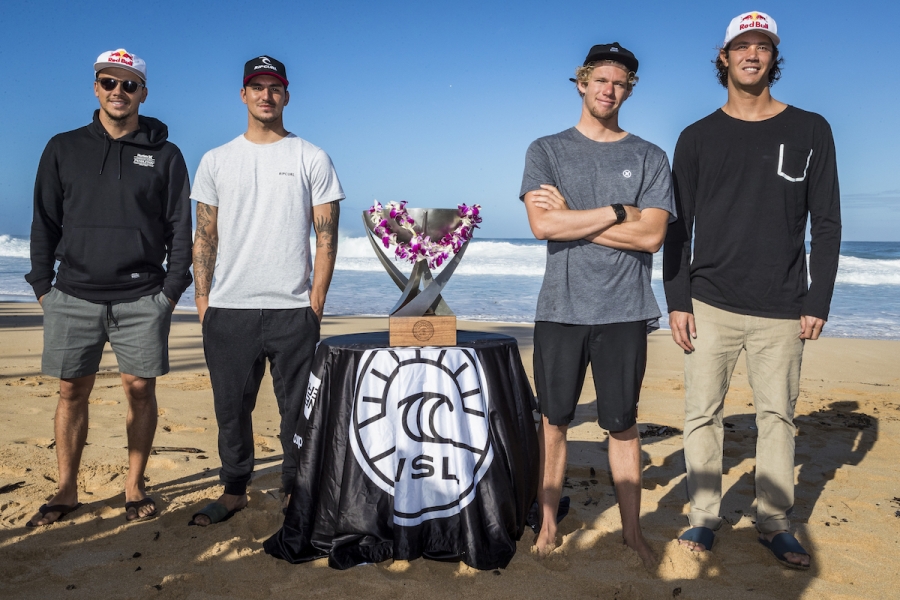 The highly-anticipated final event on the men’s CT will decide the next Billabong Pipe Master as well as serve as the final stage of the Vans Triple Crown of Surfing, concluding the prestigious three-event series and crowning a winner.

The event will also decide the 2017 WSL Champion, which represents the culmination of a year-long battle amongst the world’s best surfers to claim the sport’s highest honor and join a list of the most revered individuals in all of surfing.

2016 WSL Champion Florence comes into the event wearing the coveted Jeep Leader Jersey and is ready to defend his World Title at the Billabong Pipe Masters. The 25-year-old sits only 3,100 points ahead of 2014 WSL Champion Medina and will look to get a strong start at the last event of the season. All eyes will be on Florence as he hunts down a Final berth to clinch the World Title and carve out his place in surfing history. Florence will battle Wiggolly Dantas (BRA) and the winner of the Pipe Invitational trials event in Round 1 Heat 6.

“There’s definitely excitement and a little bit of pressure, but I’m more excited than anything,” Florence said. “I think it’s going to be really cool. It’s such an awesome position to be in, going into this last event with four guys going for the world title race. Just to be a part of that, in that, and surfing my home break with that about to go down, it’s exciting. I’m going to go out there and I’m going to do my best. I’ve been surfing this wave since I was a little kid and I really enjoy being out there with no one out, so we’ll see what happens.” 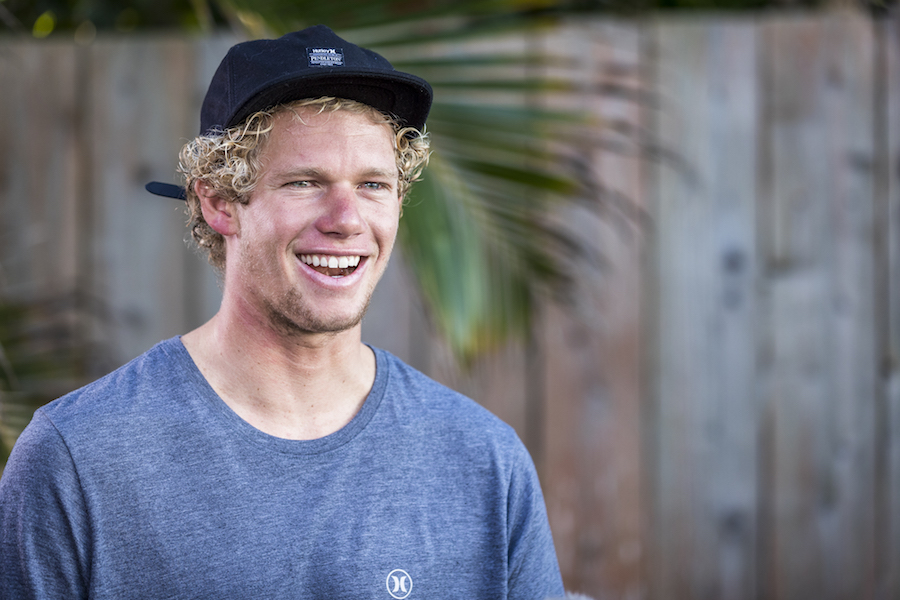 2014 WSL Champion Medina looks in great form to play spoiler for Florence heading into the season finale at Pipe. Medina, 23, has had strong results at the Billabong Pipe Masters (2nd in 2014 and 2015) but has yet to lock in a CT event win at the famed Banzai Pipeline. The Brazilian will look for his breakthrough result and his opportunity to take home another World Title for Brazil. Medina will be up against Miguel Pupo (BRA) and the Pipe Invitational winner in Heat 5.

“I like to chase,” said Medina. “Actually, as we can see all year long, I was doing okay, and then after Trestles, something clicked -- I just had a mission. The yellow jersey is really heavy -- I felt that in 2014 and I know what he (John Florence) is feeling right now. So it’s time to work and hopefully everything works out. Surfing at Pipe is really hard, but I think it’s going to be a good battle. John surfs this wave really good, he knows this wave better than I think anyone on Tour, but I can’t wait to surf. It’s an honor to be a Brasilian surfer. I love the passion we have. I think when we go to the water we put everything in there, family, friends, country. I think that’s what makes me excited and want to do well in the contest. I want to make them proud. That’s why I’m here today.” 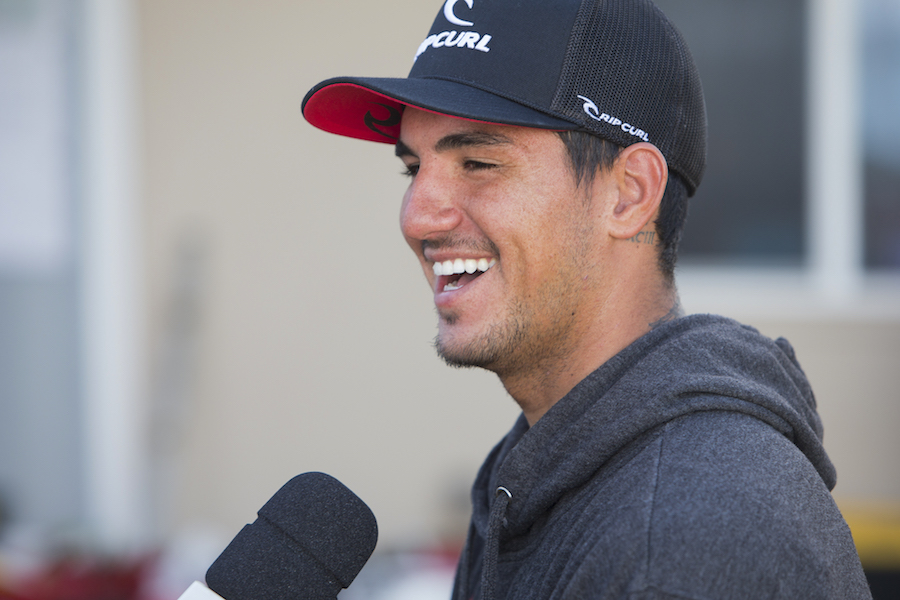 Smith sits in third place on the Jeep Leaderboard after an incredible season that saw him wear the Jeep Leader Jersey for much of 2017 thanks to a win in Bells Beach and a runner-up finish at Trestles. The two-time CT runner-up (2010 and 2016) is on the hunt for his maiden WSL Title and will be looking to bounce back from two 13th place finishes and score a big result in Hawaii. Smith will face veteran Bede Durbidge (AUS) and 2017 CT Rookie Ethan Ewing (AUS) in Round 1 Heat 4 of the Billabong Pipe Masters when competition gets underway.

“As far as the title race goes, I really just have to focus on myself, put my head down and give it my best shot,” said Smith. “There’s a lot that has to go down between the other guys, but if they step up, I’m definitely going to put my head down and give it a go. Pipe’s one of those waves where you really have to spend a lot of time out here, obviously I’ve grown up on right-hand points and this is a left-hand slab so it’s a little different than my comfort zone, but these are the type of things you gain with experience and time and just got to keep chipping away and eventually one of these things will stick. I think it’s a really exciting time and I think it’s going to be a great showdown.”

Wilson, winner of the 2014 Billabong Pipe Masters, is also chasing down his first World Title and, after a win in Tahiti and a runner-up finish in Portugal, he’s in the position to do just that. Currently No. 4 on the rankings and less than 10,000 points behind Florence, Wilson needs to win the event to take the Title. The Australian will face off against recent Vans World Cup of Surfing winner Conner Coffin (USA) and compatriot Stuart Kennedy (AUS) in Round 1 Heat 3 when competition commences.

“I think it’ll be a good battle,” said Wilson. “I think, obviously if the wildcards don’t spoil anything, they (John Florence and Gabriel Medina) are going to go deep into the event. A win here makes me maybe a little more confident, but it’s a new event, it’s a new swell forecast. I know that winning it the first time I wasn’t going off a past win out here so it’s all about kind of resetting, just taking the experience that I’ve had and falling back on that and getting out there and trying to find those good waves.”

For 35 years, the Vans Triple Crown of Surfing (VTCS) has been sharing and celebrating one of the most significant sporting series in the world. The VTCS  encompasses three different and equally storied wave venues along seven miles of hallowed coastline – Haleiwa Ali‘i Beach, Sunset Beach and Pipeline. The first gem of the series, the Hawaiian Pro at Haleiwa, saw current World No. 9 Filipe Toledo (BRA) earn the win. Conner Coffin (USA), currently in his sophomore year on the CT, won the Vans World Cup of Surfing at Sunset Beach and became the first Californian to do so. Now, the three-event series heads into its final event, the Billabong Pipe Masters, which will determine the prestigious VTCS winner.

32 of the best Pipe surfers from Hawaii and around the world will battle it out at the Pipe Invitational for a chance to compete alongside the WSL Top 34 at the Billabong Pipe Masters and claim the final two positions in the draw. The event features a $60,000 USD total prize purse, of which $5,000 goes to the winner, and the top two finishers get a wildcard entry into the final CT event of the year (prize money dependent on event result). The event window for the Pipe Invitational begins on December 8, 2017.

Event organizers will convene tomorrow morning at 7:30 a.m. to assess conditions and make the first call.