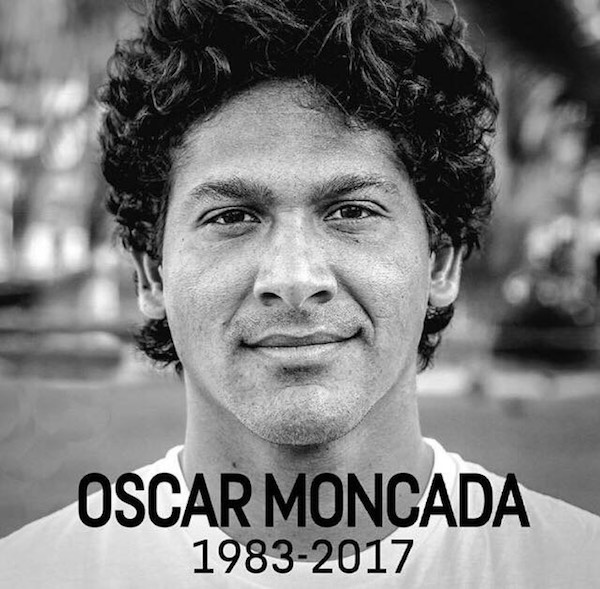 Still reeling from the death of Brazil's Jean Da Silva, the international surfing community was dealt a heavy second slug to the gut this morning: the news of the death of Oscar Moncada, the 34-year-old Mexican star known for his remarkable talent in heavy surf, not least of which his beloved local, Puerto Escondido.
Moncada was involved in a collision with a commercial truck just south of Puerto. The accident resulted in his death, along with that of two other fellow Puerto locals, Waldo Rendón and Diego Oropeza.

Moncada has been a pillar of the Puerto Escondido surfing community for more than two decades. The 34-year-old was always there with one of the warmest smiles on the beach, and was a perennial standout whenever things got serious, but was accomplished in all conditions. In 2006 he won the trials of the Rip Curl Pro Search event in Mainland Mexico, earning him a wildcard spot in the Championship Tour event.

In the years since, his big-wave exploits have kept him in the spotlight. He finished with a 9th place result in the Puerto Escondido Challenge in July, which put him at No. 19 on the Big Wave Tour.