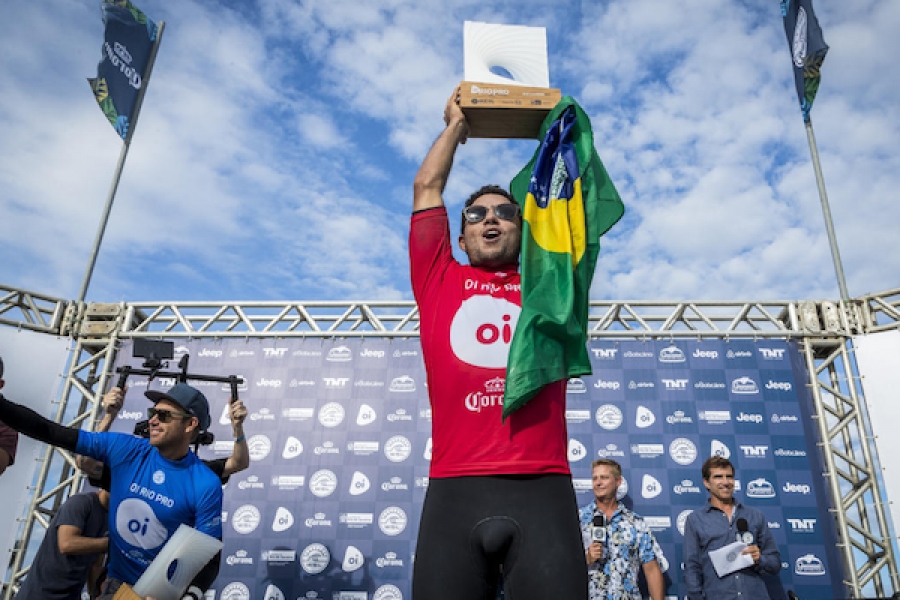 Adriano de Souza gave his Brazilian fans in Saquarema good reason to cheer on Wednesday by claiming his first win since 2015 at the Oi Rio Pro. The former World Champion defeated Ace Buchan in the Final, clinching a perfect event by winning every single heat he surfed.

As usual with De Souza, he saved his best performances for when it mattered most. He opened his day by defeating Joel Parkinson in the Quarterfinals with his lethal backhand attack. Adriano's extended grab-rail bottom turns kept firing him vertically up the face, where he unleashed the inverted portion of his attack. He looked on-point all day.

In the Semifinals, he came up against surfing's newest star, Yago Dora (whose father, Leandro, is also Adriano's coach). Dora had just defeated Gabriel Medina in Round Five, thrilling the crowd with more of his acrobatic surfing. But in the Semis, De Souza owned the match, seizing every opportunity, while Dora finally failed to find his rhythm.

Meanwhile, on the other side of the board, Ace Buchan reigned supreme with his renowned brand of surgical carving. Buchan eliminated Jordy Smith in the Quarterfinals, and his good friend Matt Wilkinson in the Semifinals. While he was down for the first half of the Final against De Souza, Ace made a valiant run midway through to get back in the match. In the end, however, De Souza wasn't going to be denied. He closed the door on Ace with his last wave, which he nabbed under priority, and went to work, earning a 9.80. The crowd went wild. 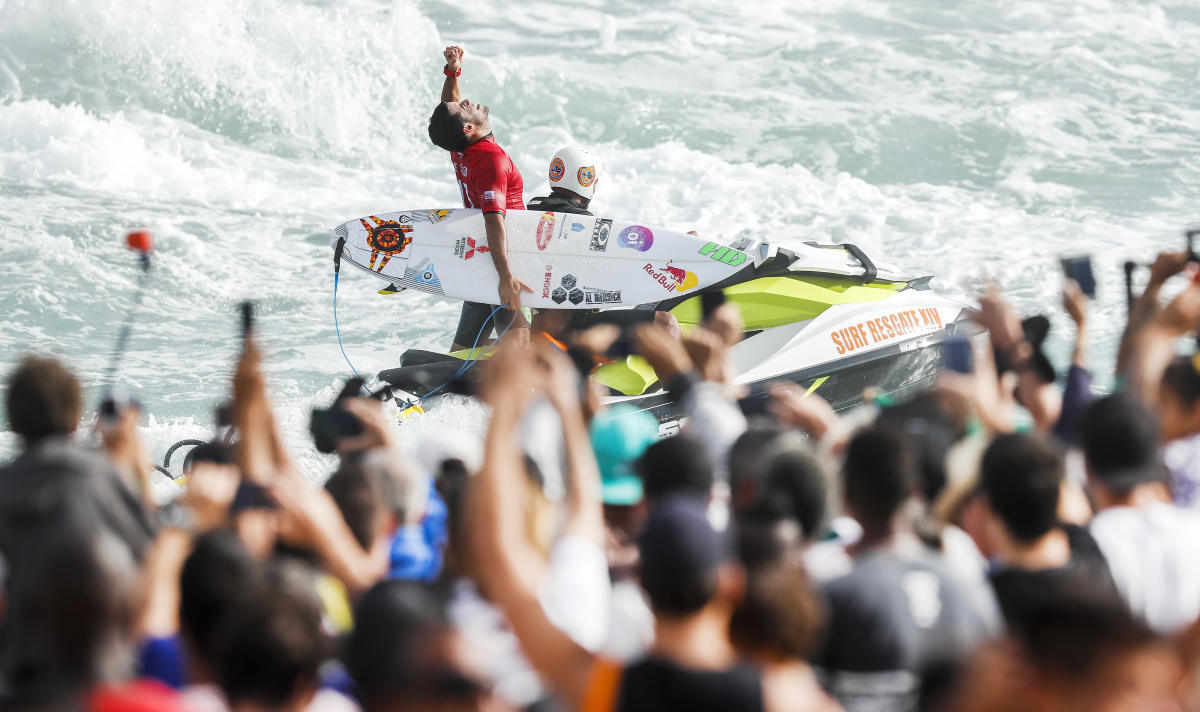