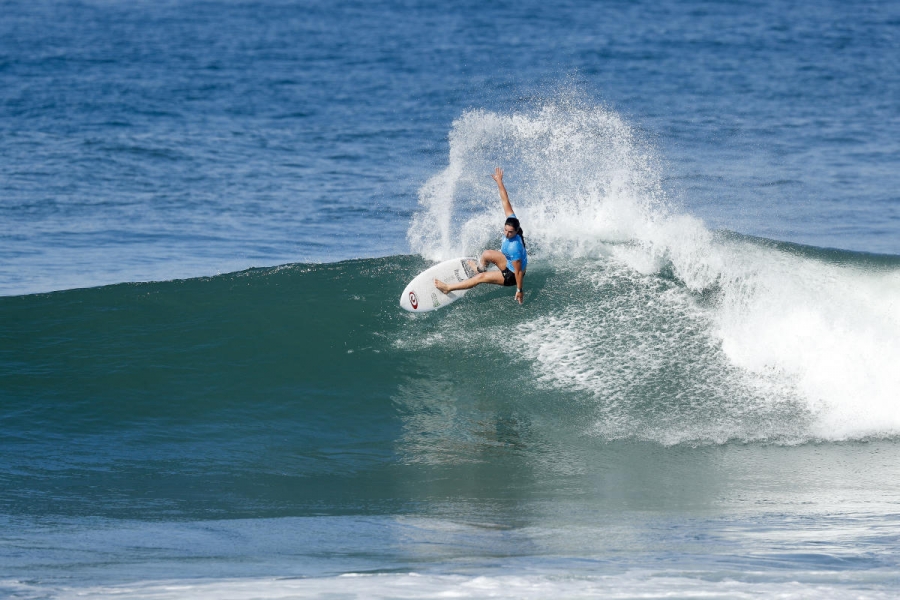 Tyler Wright didn't take any shortcuts on her path to a second straight Oi Rio Women's Pro. Tyler share of the top spot on the Jeep Leaderboard, tied with Stephanie Gilmore on points...

The 2016 World Champ took the long road to the title this year, surfing in every round of the event. Unexpected losses to Coco Ho in Round One and Sage Erickson in Round Three forced Wright to bear down and grind out a very satisfying result for the reigning Champ. In each case she rebounded with comprehensive heat wins and total heat scores into the excellent range, the sign of a Champ able to shake off a loss, hit the reset button and move forward.
Looking focused and lively in her Semifinal clash against Sally Fitzgibbons, she pounced on the World No. 3 early and applied relentless pressure from which Sally never recovered. In the Final against No. 4 Johanne Defay, Wright duplicated the same tactics -- pressing early, putting Defay into combo-land and delivering the knock out blow with a slashing 9.67 mid-way through the heat.

For her impressive efforts she'll head to the next Tour stop -- the Outerknown Fiji Women's Pro -- with a share of the top spot on the Jeep Leaderboard, tied with Stephanie Gilmore on points. It's the second time this season the Yellow Jersey will be worn by two contenders at the start of the same event (Gilmore and Fitzgibbons shared the jersey at Bells back in April).

Happy with her equipment and competitively rejuvenated, it's all systems go for the new ranking's co-leader. "My boards feel absolutely amazing," said Wright of her Matt Biolis-shaped quiver, "I'm riding an exact copy of the board I rode last year, so yeah, just really happy right now." Headed to Fiji with her first event win of the year under her belt sitting atop the rankings leaderboard, Wright's clearly found her groove again. 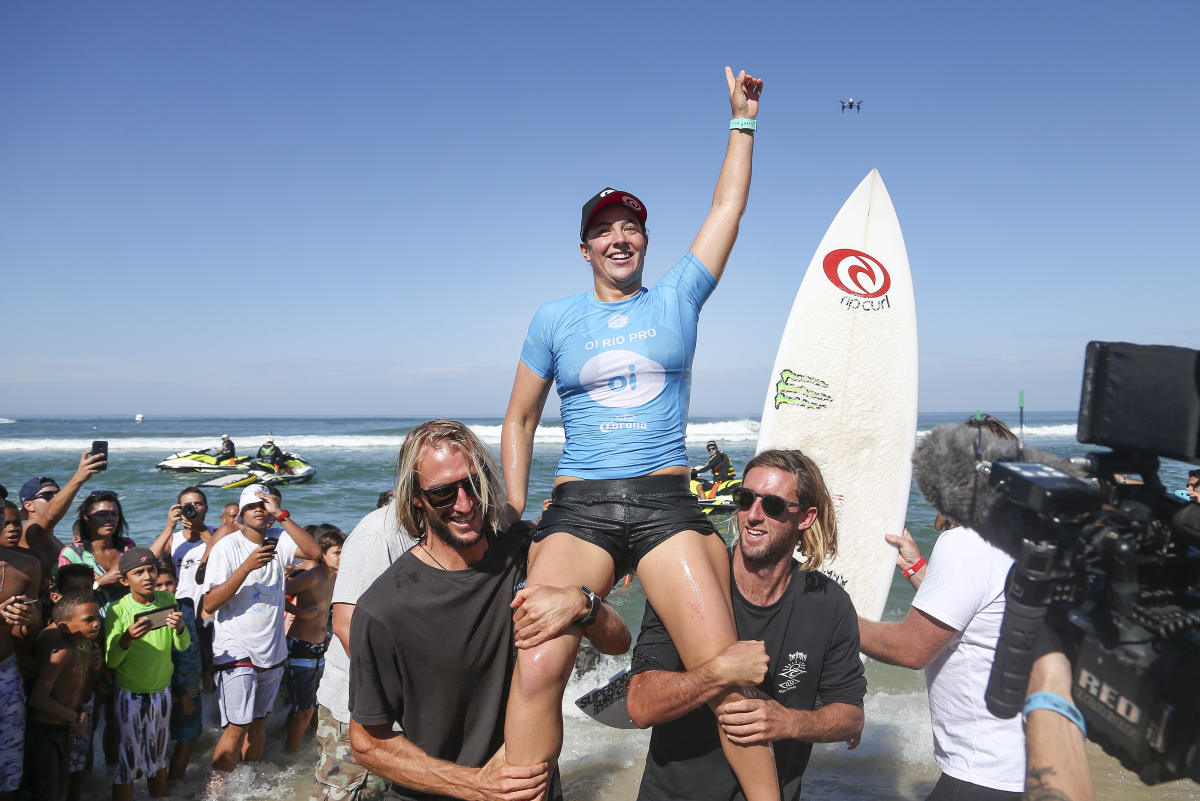 Owen Wright on the left and Matt Wilkinson on the right carrying the Champion of the event, the Australian Tyler Wright. Click by WSL