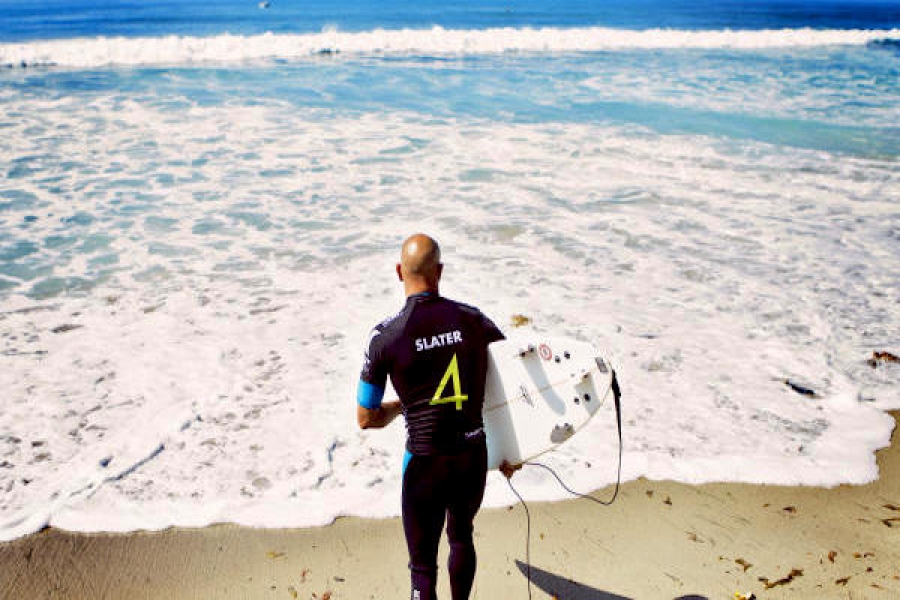 Slater's been winning at Trestles since he had a full head of hair. His first win as a pro came there in 1990. That's 27 years ago for those counting. - WSL / Kirstin Scholtz

Kelly Slater's start to the 2016 season was easily his worst ever.

After getting thrashed in Australia and skipping out on Brazil, the greatest surfer of all time found himself sitting at No. 34 on the rankings, facing the very real threat of not even being able to requalify.

And after two and half years without a CT win, Kelly's adoring fans began to fear his sad, slow fade from view. Naturally it wasn't sitting right. Legends deserve a much better exit from the elite stage.
Then Tahiti happened.
Slater found his way back to the podium at the Billabong Pro, racking up four 10-point rides along the way and taking out new frontrunner John John Florence in the final heat. It was an emotional win for Slater, and frankly, it would have been the perfect place for a mic drop.

But Kelly seems to have bigger plans.  Back in Fiji Slater insisted his slump was behind him. He arrived looking focused and determined. "My season starts now," he declared. Apparently he meant it. While his return to the winner's circle at Teahupo'o was

But with his 3rd in Fiji, 5th in J-Bay, and win in Tahiti he's climbed out of the ratings cellar and moved all the way up to No. 8 on the Jeep Leaderboard. And now the Tour heads to Trestles, where Slater's track record is laughably dominant.
Consider this: In the five year stretch from 2004 to 2008, Slater made the finals every year, taking wins in '05, '07 and '08. Then, after a rare 3rd-place finish in 2009 he went on another three-year tear, winning in 2010, '11 and 12.
Nobody else comes close. ...So is it really absurd to think he couldn't win again and climb back into this year's title race? Is Kelly plotting one of the biggest comebacks of all time?  If he is, his recent results at Lowers suggest a tougher road ahead. In 2013 he fell to local boy Pat Gudauskas in Round Two. In 2014 he lost to John John Florence in the Semifinals. And last year he was eliminated by Mick Fanning in Round Five. 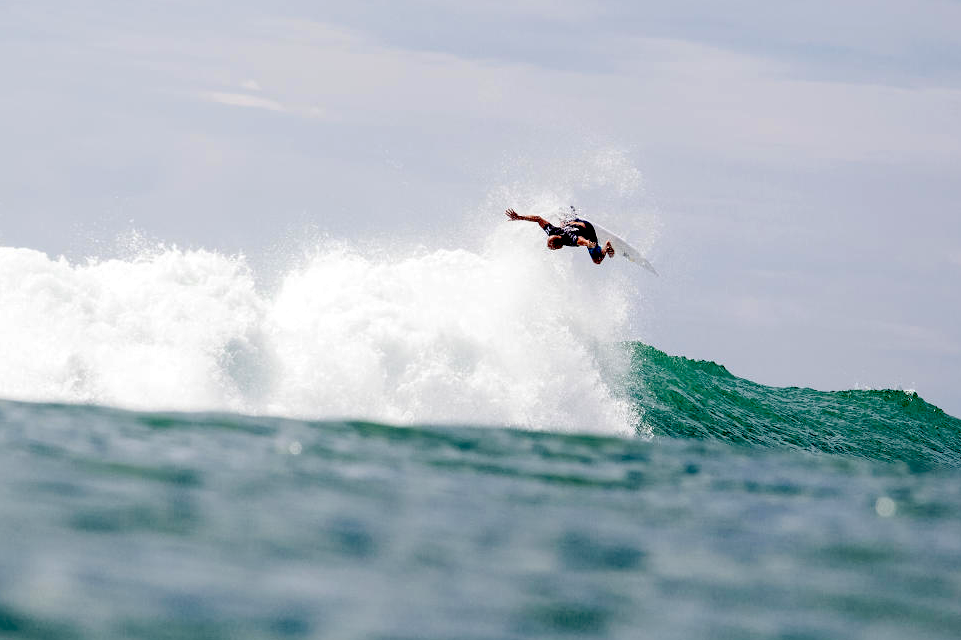 *A huge part of Slater's Trestles success is his timing and flexibility. Both are essential when it comes to loading the springs. - WSL

Lowers is ground zero for progressive surfing; the place where innovation takes center stage. Some wonder if Kelly can compete with today's new breed of flying aces. After all, Italo Ferreira is 2-0 against Slater. Medina is 9-6. And while Kelly still has a 9-5 career record vs. John John, Florence has actually beaten him at Trestles.  But here's the thing: Trestles is also the epicenter of traditional high-speed wall work. Its gorgeous green faces are prime real estate for cutting-edge artistry. And more often than not the Hurley Pro is won on the face, by beautiful sculptors: carving, bashing, and slashing at ultra-high speeds.

Fanning, Kelly, Taj, Jordy...those are the most recent Trestles winners. Sure they have some air game, but they're masters of the hack. And even when Dane Reynolds made the Final there in 2009 it was based largely on his turns.
Presumably (which is never a safe word with Kelly) he'll be armed with his Sci-Fi model or some latest iteration. It's a bonafide rocket ship of a board, and one that will make him as dangerous as ever.

Yes, Slater fans, there is a pathway to the unthinkable. But the probabilities all hinge on his performance at Lower Trestles.

Anterior win an opportunity to surf Kelly Slater’s wave!! Próxima UPSETS AND HIGH DRAMA FOR ROUND 1 AT SWATCH WOMEN’S PRO