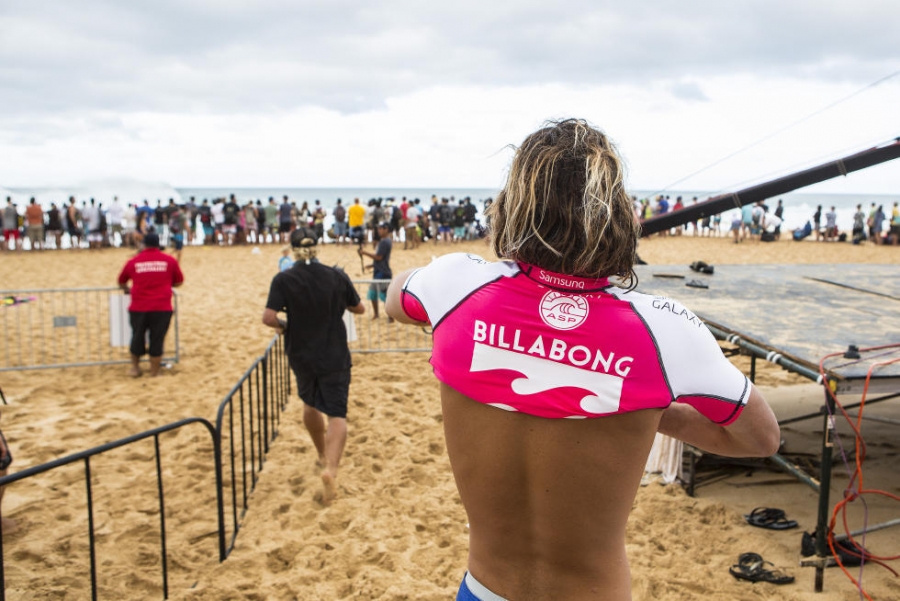 After a long period of absence due to injury, the south african surfer will compete on the Triple Crown.

After a year in which he's been plagued by injury, Jordy Smith (ZAF) is determined to finish his season on his feet. The South African missed five of the last six Championship Tour (CT) events, but will compete in all three of the Vans Triple Crown contests which include two Qualifying Series events, the Hawaiian Pro and the Vans World Cup, as well as the last CT event of the season, the Billabong Pipe Masters.

Smith's ongoing injury woes make his return to competition all the more meaningful. His setbacks began almost exactly a year ago, at the 2014 Pipe Masters, when he injured his shoulder. He came back for 2015's opening contests, in Australia, but had to bow out of the third stop, the Drug Aware Margaret River Pro, with a deep cut in his foot and a meniscus tear in his knee.

He competed at the event that followed, the Oi Rio Pro in May, but later reflected that he wasn't 100 percent recovered. Smith opted out of the Fiji Pro in June but paddled out for July's J-Bay Open in South Africa. But after the first round there, he left the water with back pain, and walked up the beach visibly uncomfortable. That last injury kept him out of competition for the rest of the season -- until now.

Watch his return to competition starting Thursday, November 12, at the first event of the Vans Triple Crown, the Hawaiian Pro.