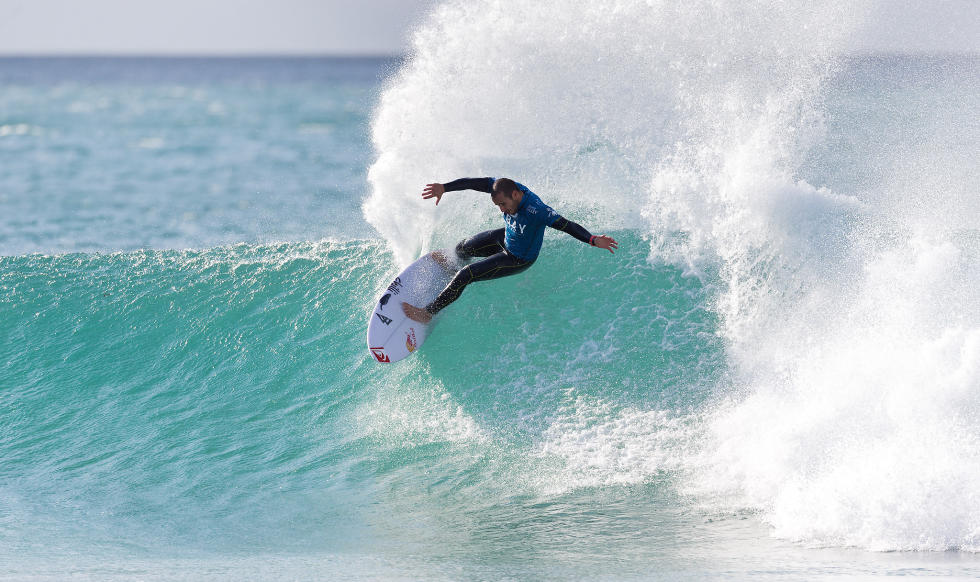 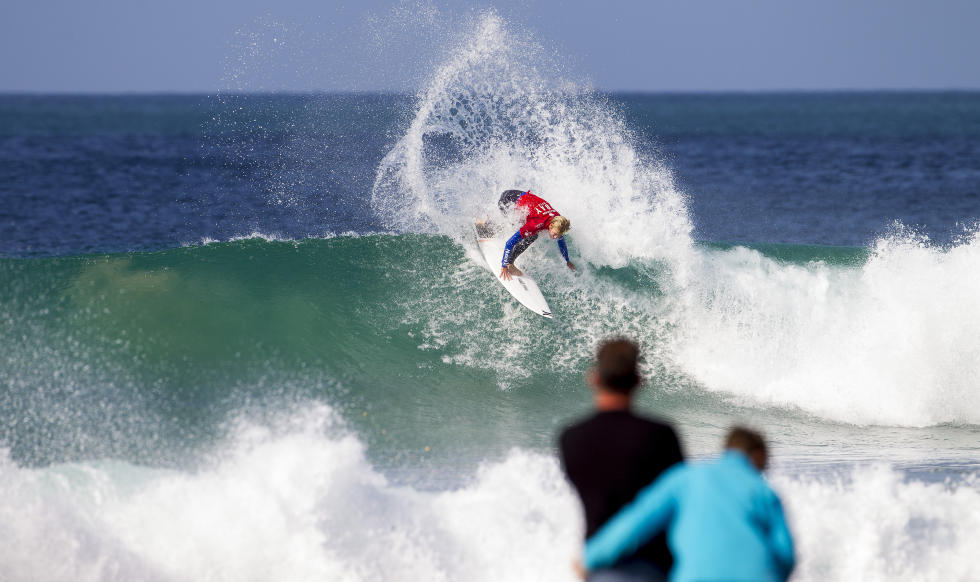 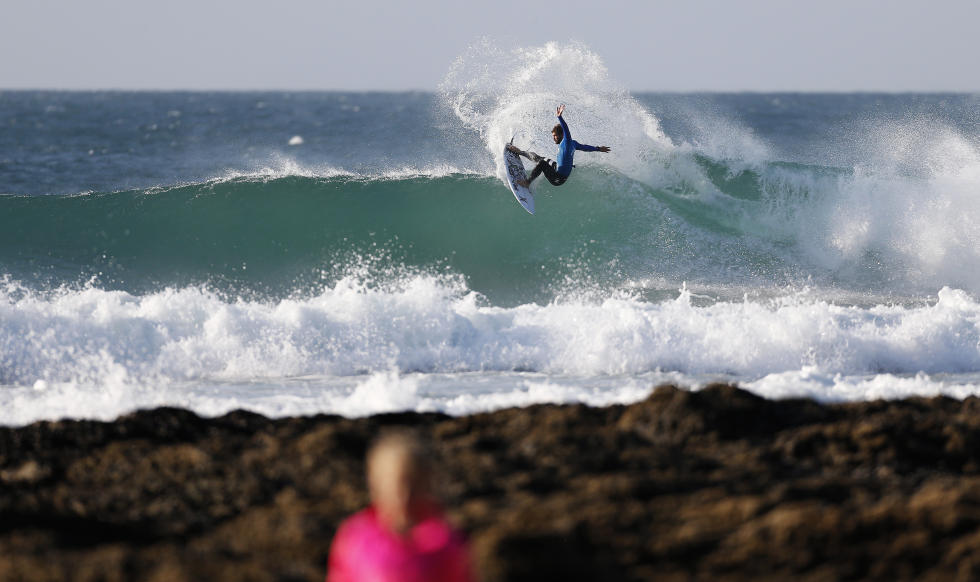 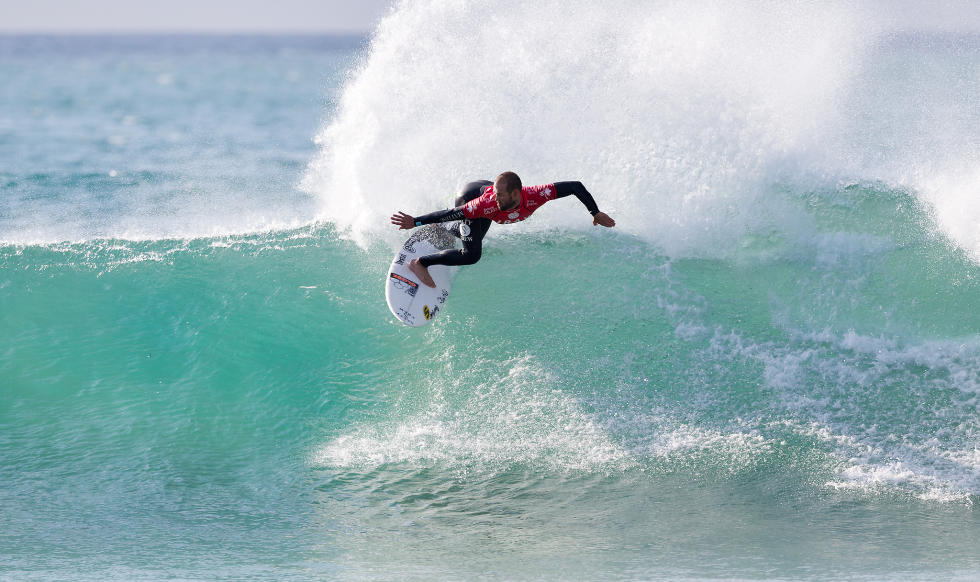 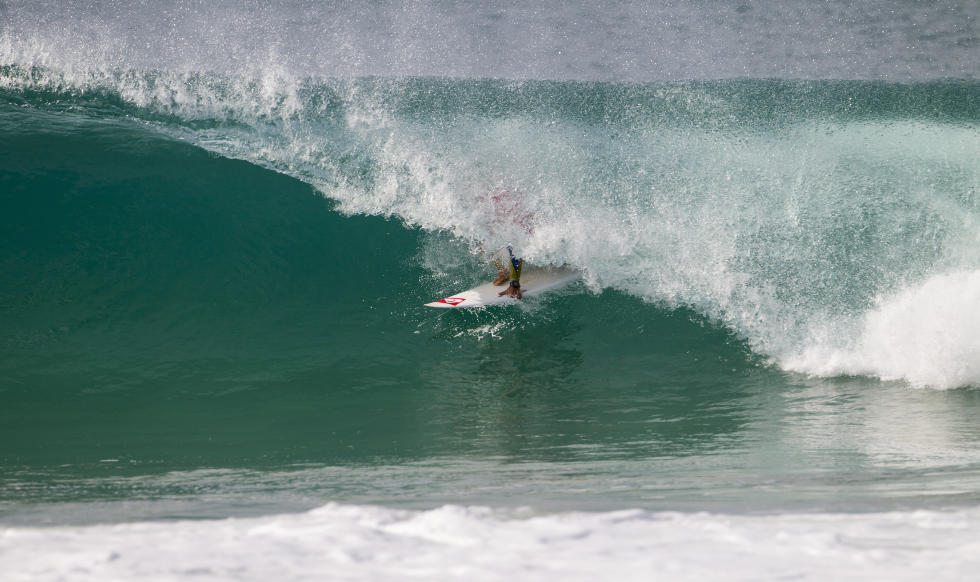 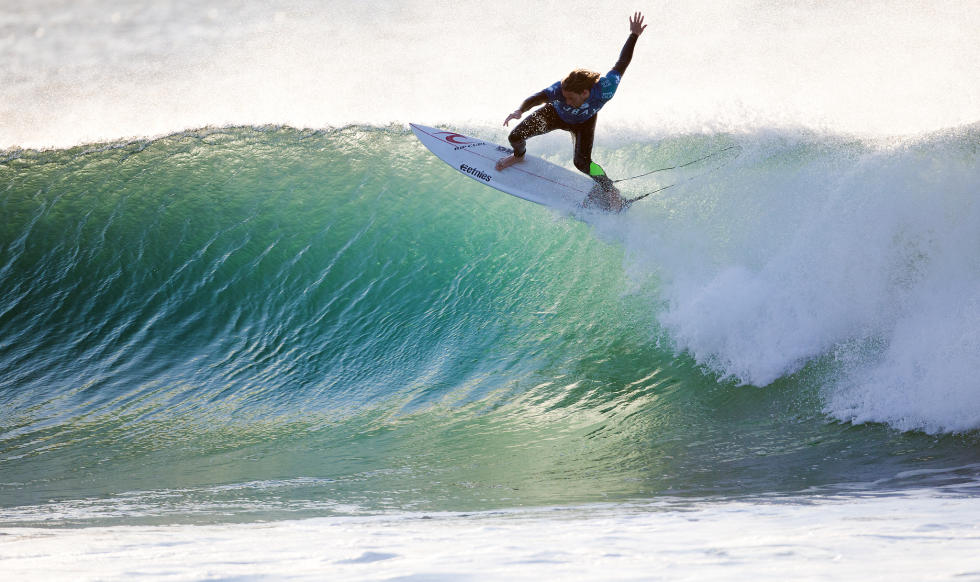 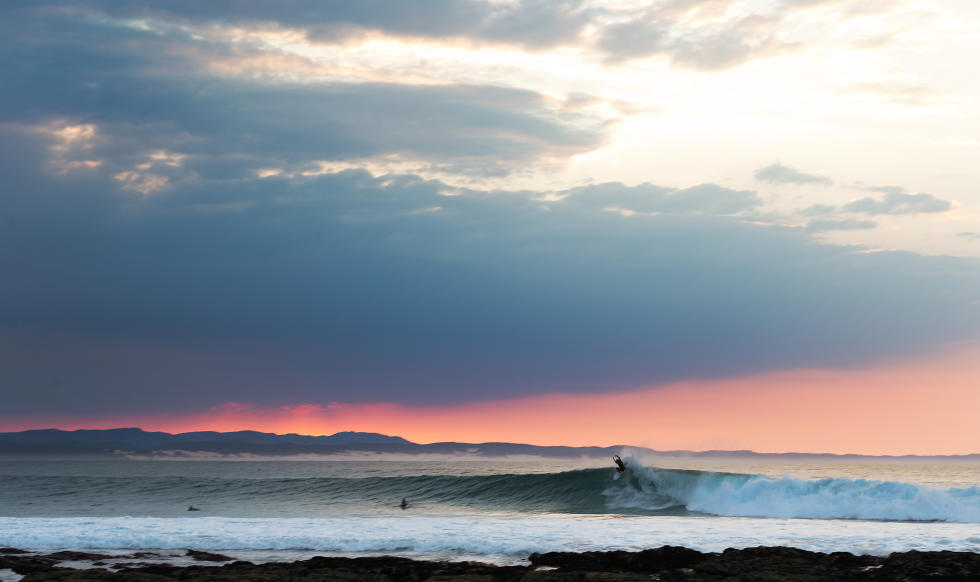 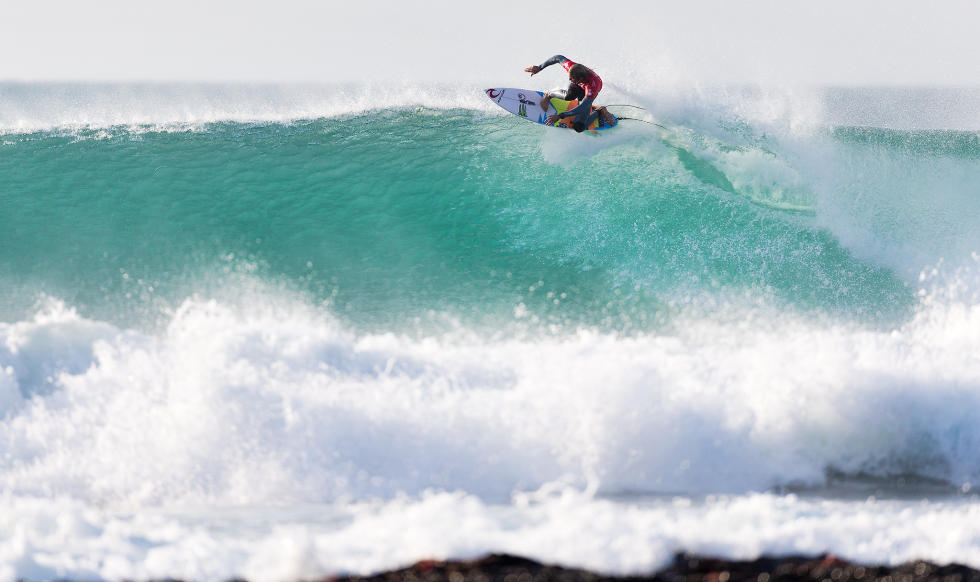 The second day of the competition delivered smaller waves.

Supertubes, at Jeffreys Bay, South Africa, saw a smaller swell today, as the second round of the event was completed.

Part 2 of the round was already finished with Gabriel Medina, Joel Parkinson, Julian Wilson and Nat Young coming out as winners.

The morning began with the confrontation between Matt Wilkinson and Bede Durbidge, in what would be the heat with the highest average score (7.66). The heat was tight, and the balance pended for Wilko when he caught the best wave of the set, and completed a series of carves that got him 8.50 points, and left compatriot Bede in need of an excellent wave, that didn’t come.

On the next heat it was time to Owen Wright to win against Dion Atkinson, a heat where more average points. Owen is, gradually, gaining consistency and confidence in his surf, as we know the talent is there.

In the duel between Brazilians Alejo Muniz and Filipe Toledo, Alejo took the win. In another heat between brazilian surfers, Miguel Pupo eliminated Jadson, with an excellent performance.

The performance of the day was for Hawaiian Freddy Patacchia , that faced the South African Travis Logie. Hawaiian goofy surfing backside, achieved the best score of the day (9.93), after three hacks and a long and perfect tube. Travis also outlined a reaction, focusing on his speed and 'power' for a 7:17, but Freddy P. was 'in the zone' and dropped another bomb of 8.00 points that decided the contest.

To end the morning, it was time for Adrian Buchan wins the just the fellow Australian Mitch Crews, with 11.60 points against 10.67.