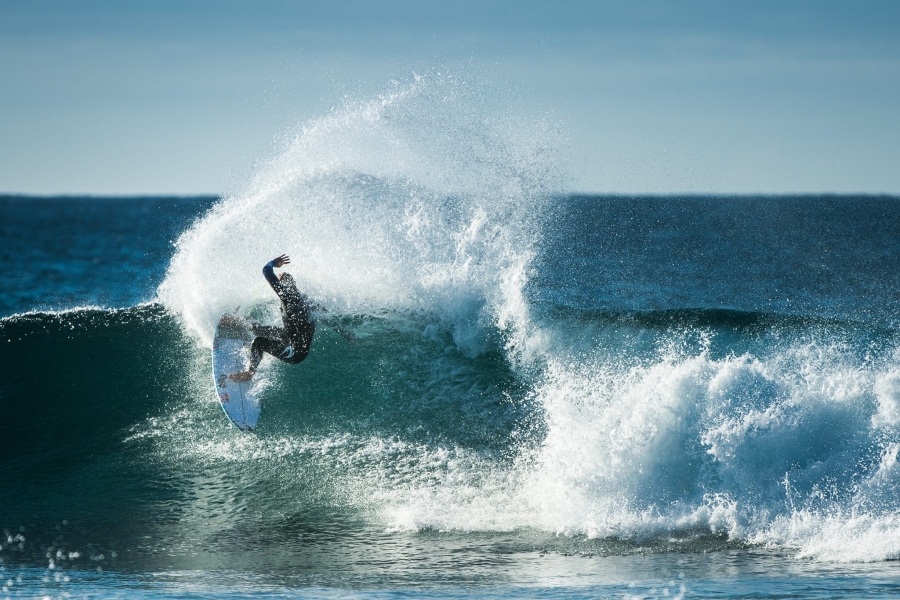 According to Surfing magazine: "Reports have drifted our way that Mick Fanning has hurt his ankle and may not compete in this year’s J-Bay Open. His return to South Africa has been a well-followed one after last year’s incident with a shark in the Final, but this year may not be the year that we see his competitive redemption.
Just a few days ago, Mick did in fact have his first session back at the famed right-hand point and lifted the weight of the scenario that’s now had a year to simmer. We can only hope this is a minor injury and a few days of rest will do the trick. As more word trickles in, we’ll keep you updated on the status of Mick’s ankle and whether or not he will compete."

After the first report WSL also delivered information. "Mick Fanning limped off the beach Wednesday after rolling his ankle at J-Bay during a warmup session.

"Obviously I was shattered thinking I wasn't going to surf, but after seeing the physio, signs started to look positive, and with some rehab and strapping," Fanning said on Friday. "I'm hoping I'll be able to paddle out and compete. J-Bay is a very special place to me so I am going to do everything I can to paddle out."