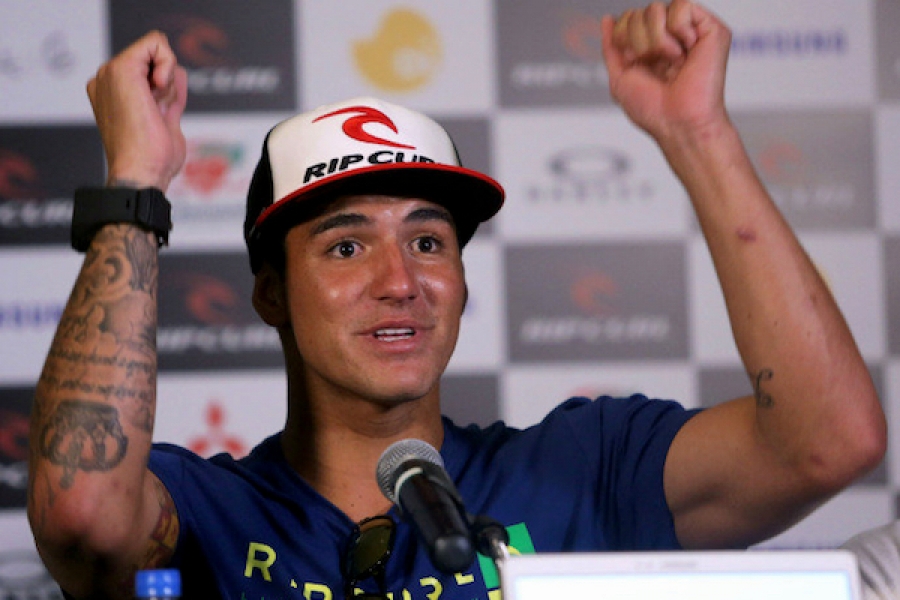 Only two competitors voted against holding a competition at one of the world’s sharkiest surf spots: Gabriel Medina and Jadson Andre. In a recent interview with Brazilian news website Waves, Medina explained his opposition:

"I can't help thinking about the shark,” he said. “I don't even know how they got this event back on Tour. All I know is that we are going, and I hope everything runs well. People told me there will be some kind of sensor, that the athletes are going to use, something that either scares the shark or tells you it's coming. I'm going to keep my eye on the sensor. But my vote, when they asked me, I certainly said no, that they shouldn't have the event. It's going to be a little tense, but let's go there."


The technology Gabriel mentions is the ‘Clever Buoy’ from Shark Mitigation Systems, it is actually the first implementation of the system in international waters after being first tested in the Australian Bondi Beach, between February and April this year. The buoy uses a new sonar technology that creates a virtual network allowing the detection of sharks outside the surf zone. The buoys are fitted with a microprocessor that analyzes large objects that are swimming in the designated area for this purpose. When a large animal is detected, it sends a warning sign. However Medina still seems skeptical.

In reality, however, all the surfers have probably a little scared heading into South Africa. Not just Gabriel and Jadson. After Fanning's incident, most conscious people would be hard-pressed to return.