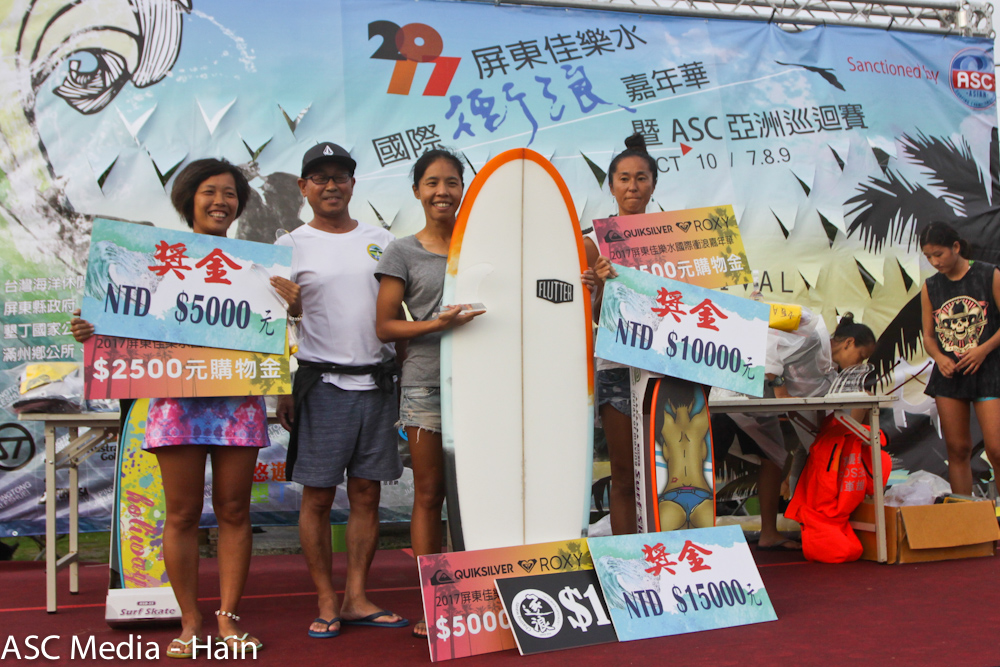 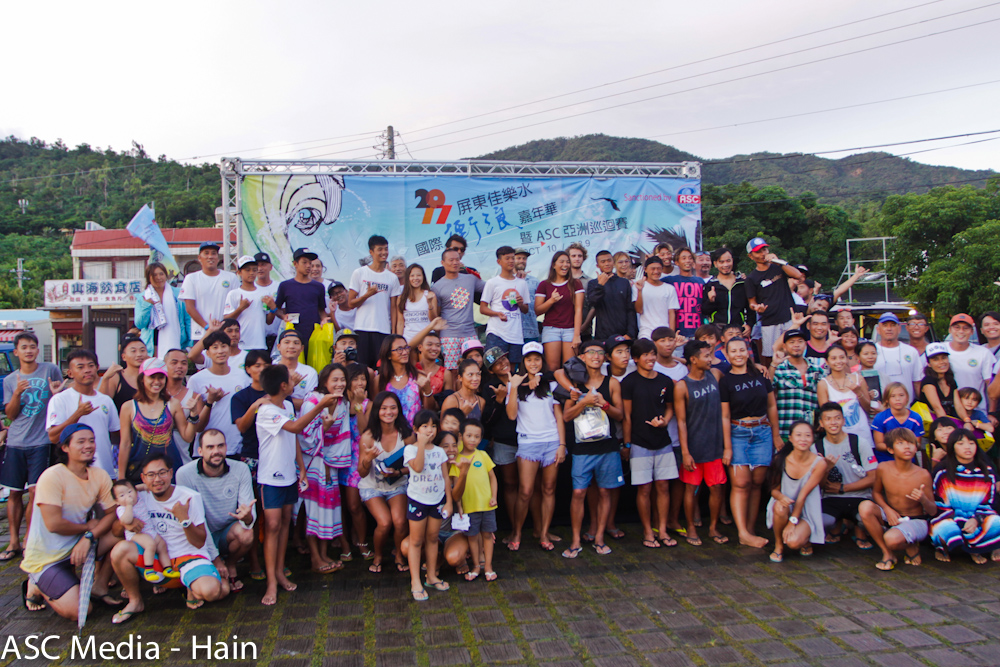 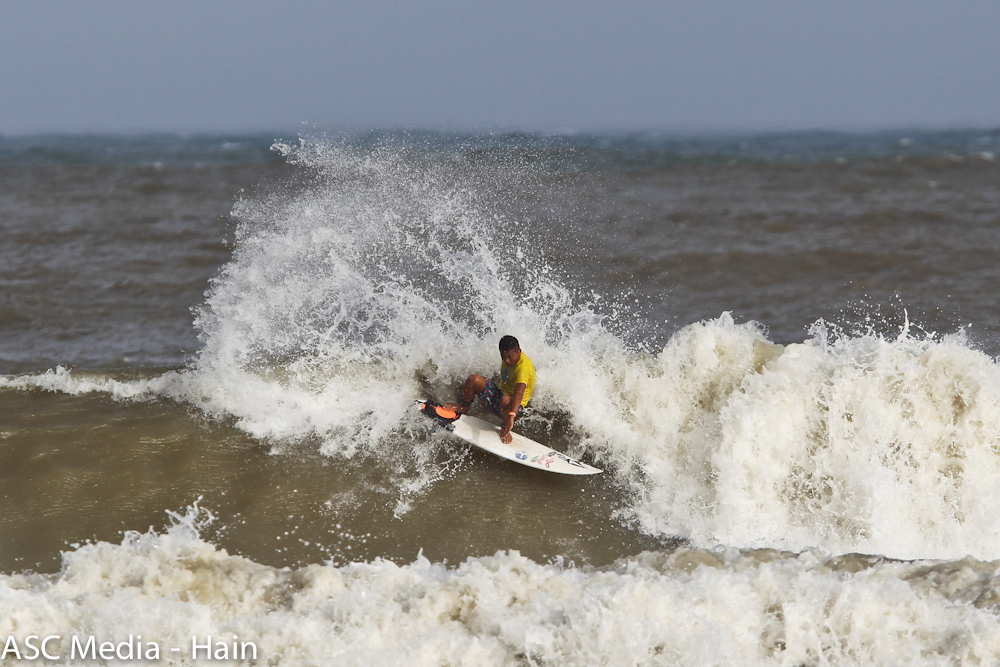 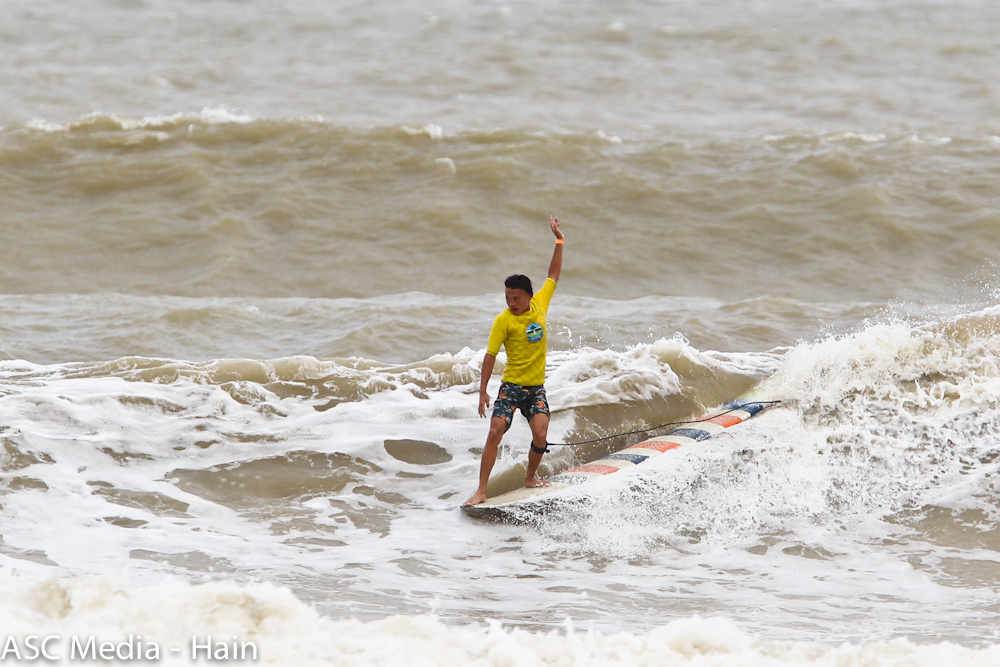 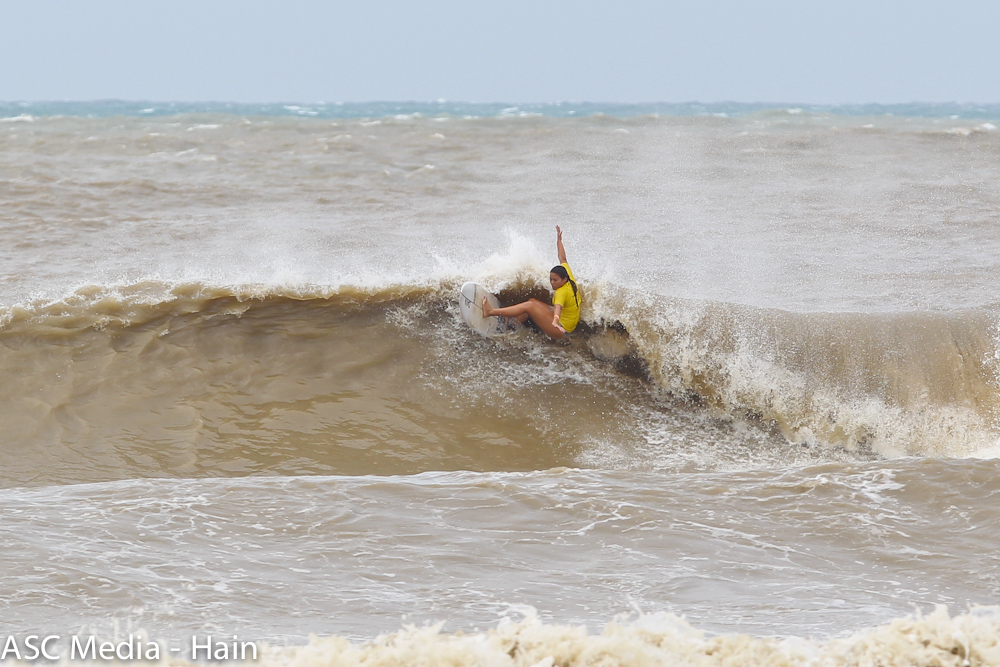 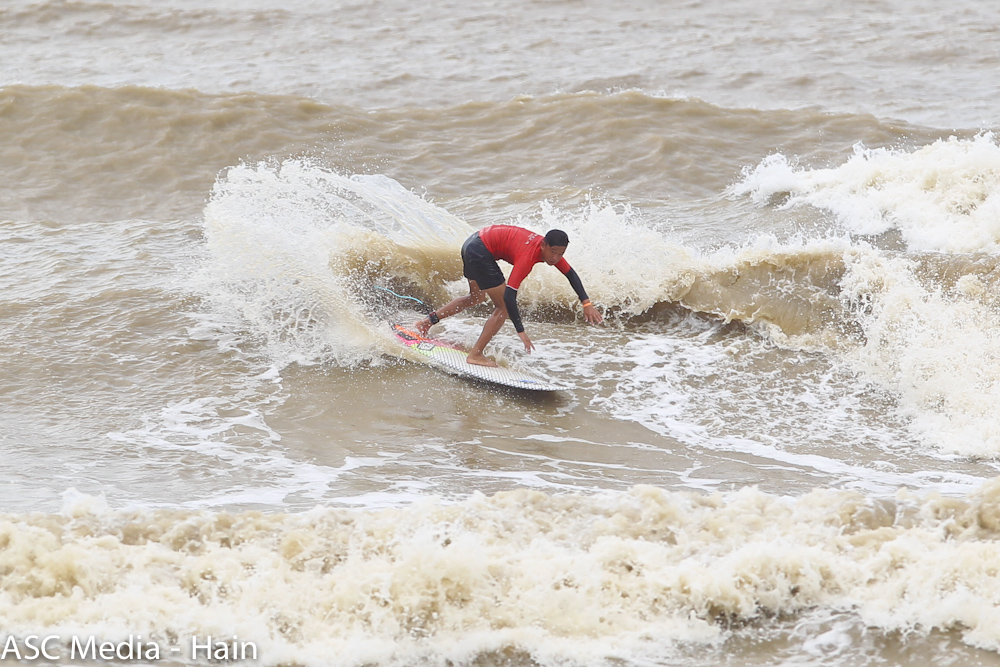 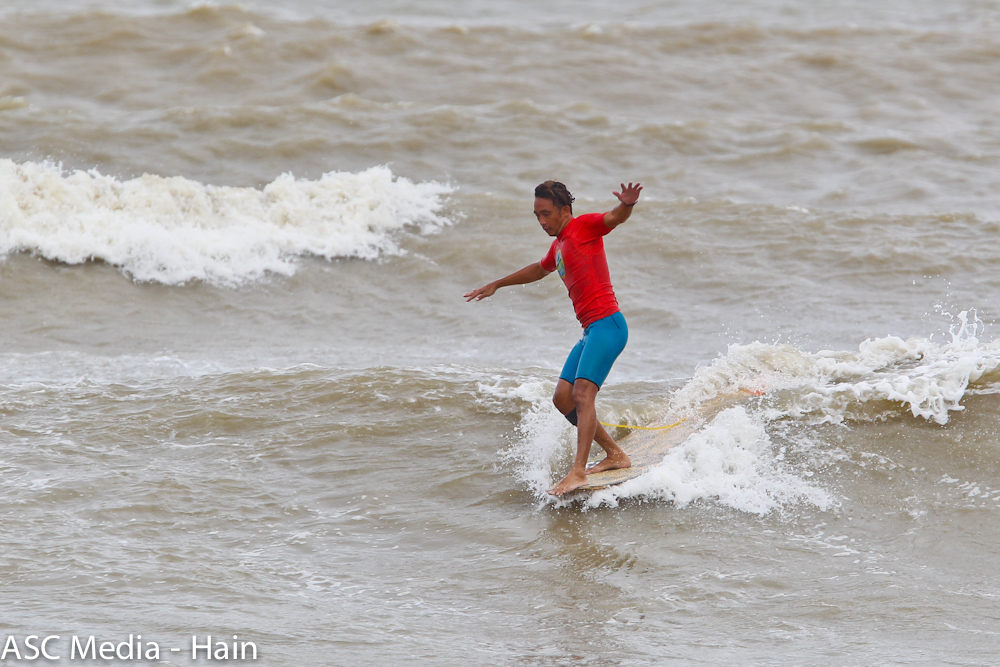 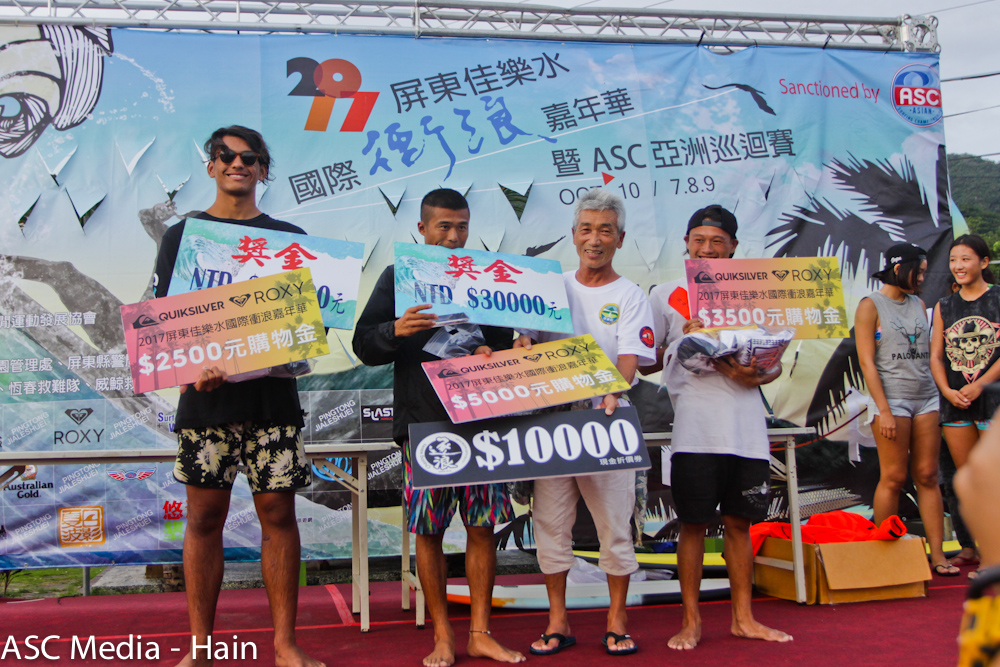 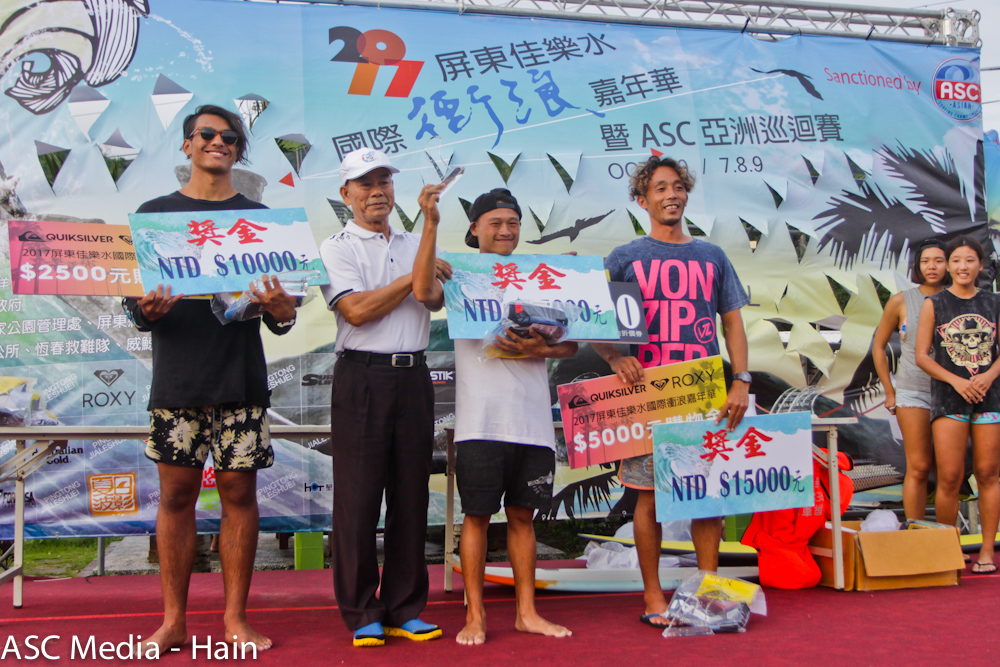 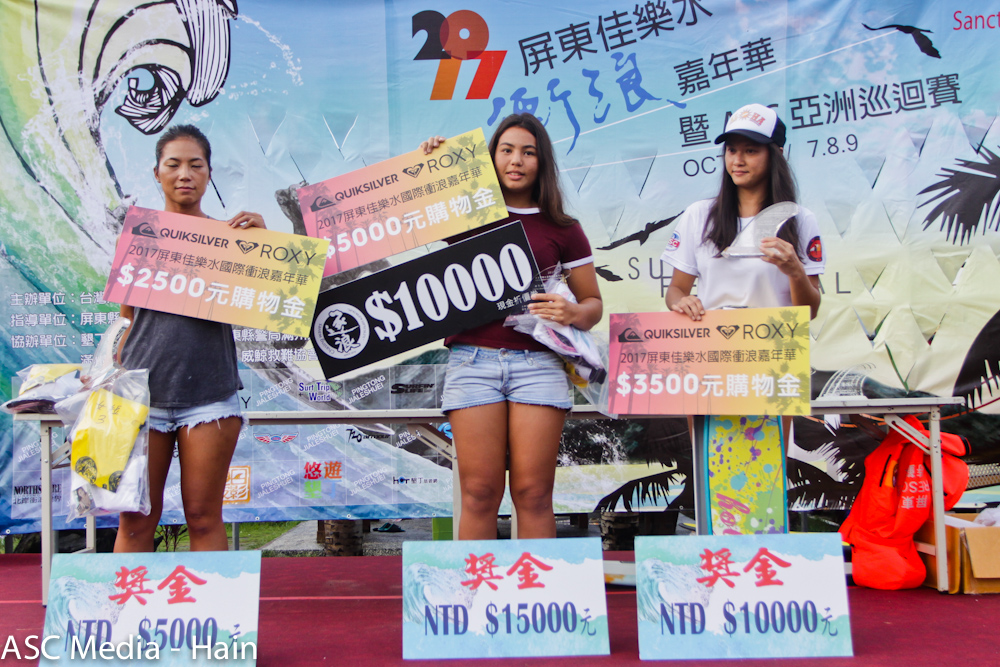 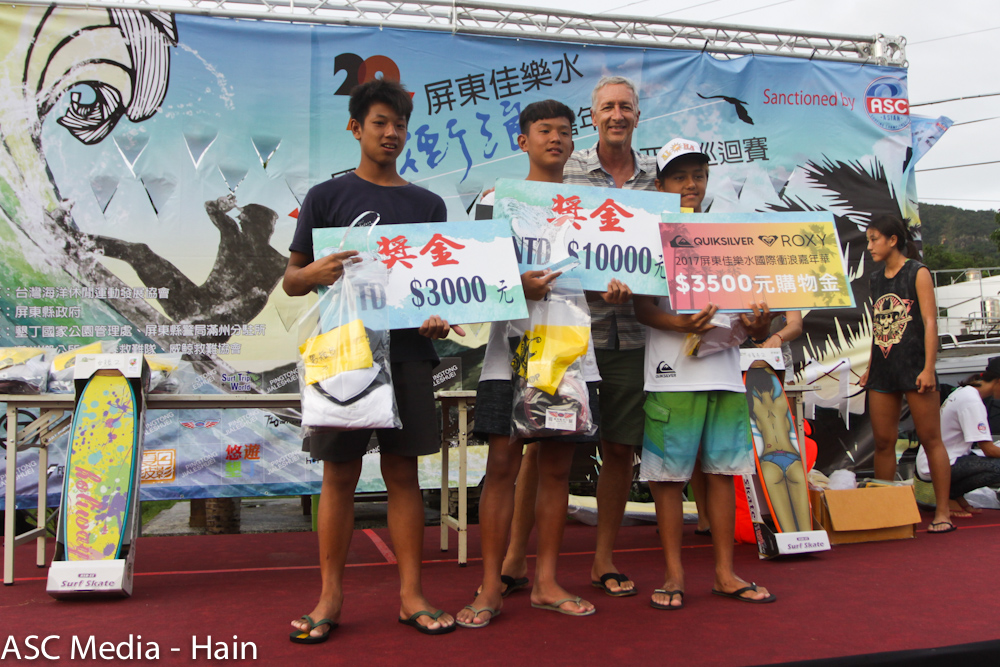 An offshore low pressure system challenged both the surfers and the event organizers during the majority of the three day event, with gale force winds and heavy rains testing the stamina and durability of both equipment and the human spirit, but surfers welcome a challenge and battling the elements is all part of the sport of surfing, so there were big smiles and cheers all around at the awarding presentation.

After an abbreviated day on Sunday as fierce wind gusts and rain had the contest director calling a stop to the competition in the early afternoon, Monday morning saw a drastic change in water color due to the outflow from the river, making for an interesting cappuccino color and the smell of soil in the water.  But the waves were pumping and with 37 heats to run the action got started early at just before 7:00 am, and the horn sounded the end of the last final at about 4:30 am with the sun actually making an appearance during the majority of the final 30 minutes of the event!

The wave conditions varied from glassy faced 2-3 footers on the mid to inside section to significant 4-5 foot bombs on the outside, with rarely a lull in between waves but enough of a channel that nobody got stuck inside for long, and most of the contestants got plenty of waves during their heats.


“It felt good to surf against other great surfers. I knew I’d have to do my best but also surf smart because everyone was surfing so good. Knowing how priority works was a bonus for me. It’s a good to have this priority system applied now, as it allows us to learn to compete at a higher more professional level.” said Kuo Heng Liang - Men’s Shortboard Champion

Looking forward to next year, TORSA Chairman Jose Chuang said,  “This is the 12th time we’ve done this event, though we had a break for two years awhile back as there were no funds available.  But since Mayor Pan wa elected 3 years ago, we’ve had his support and the event will keep getting bigger and better into the future.  We’re really thankful to the Mayor and to all the crew here at Jaileshuei-Manzhou that work so hard at this event together, and the ASC for being part of our event to help us develop our skills and knowledge.  See you next year!”

Anterior KEEPING THE STOKE WITH KEN MCDOUGALL Próxima "I hope that 2018 is a better year for me, without big injuries" ONEY ANWAR 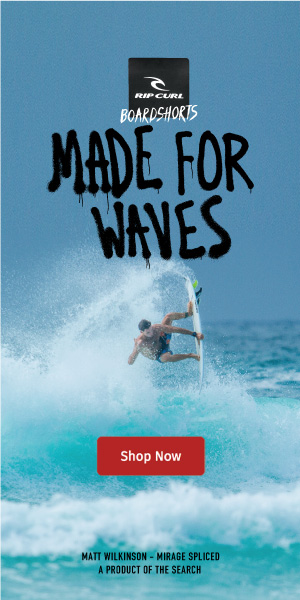